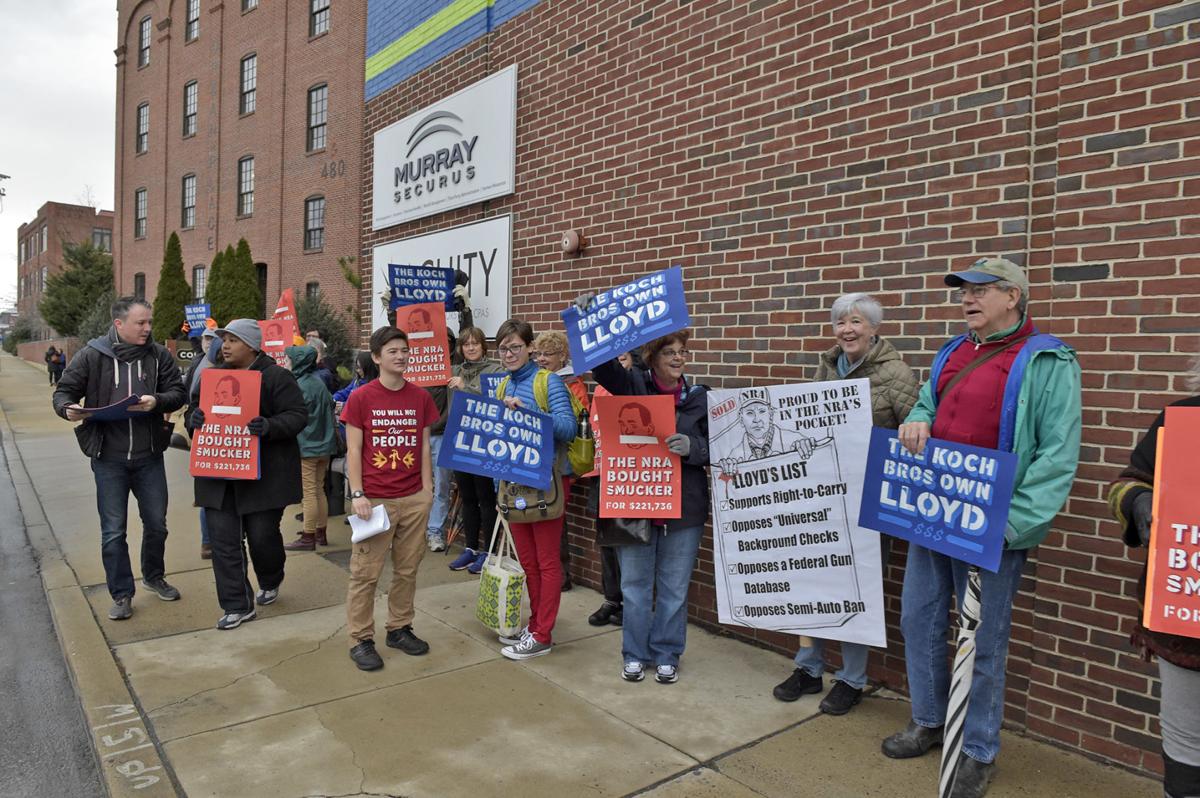 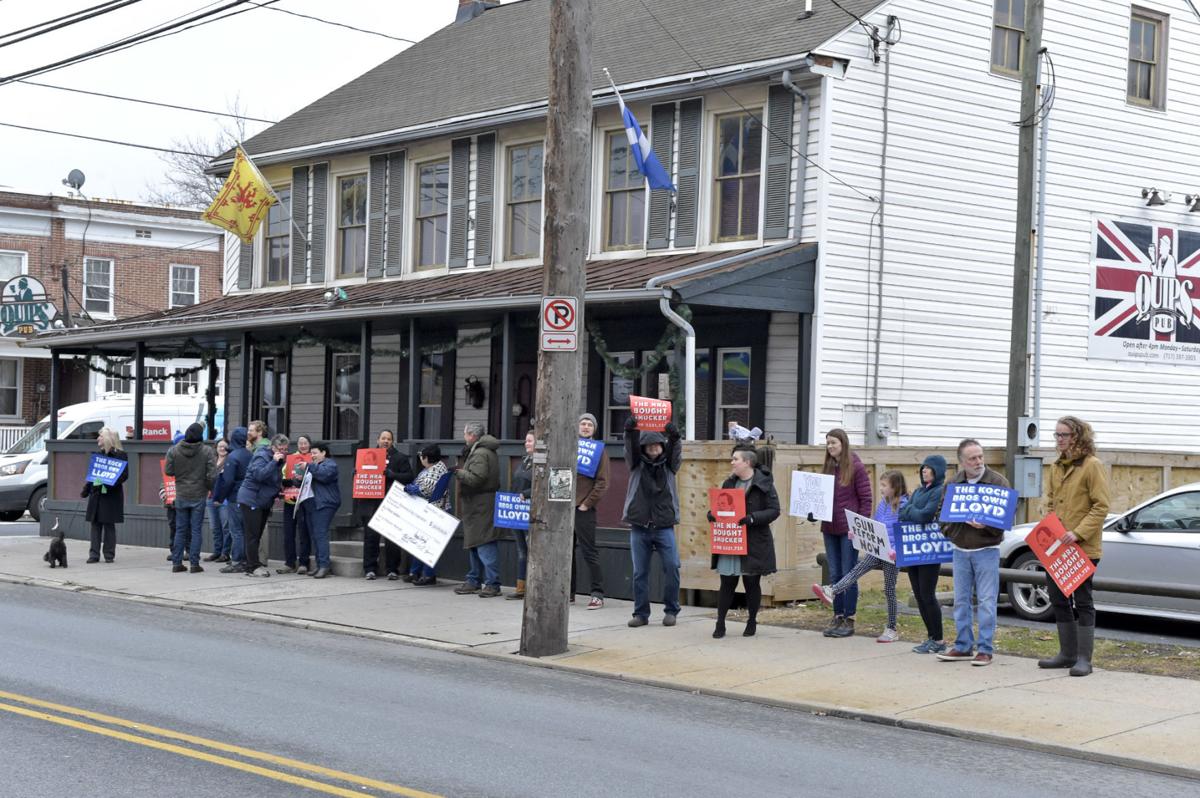 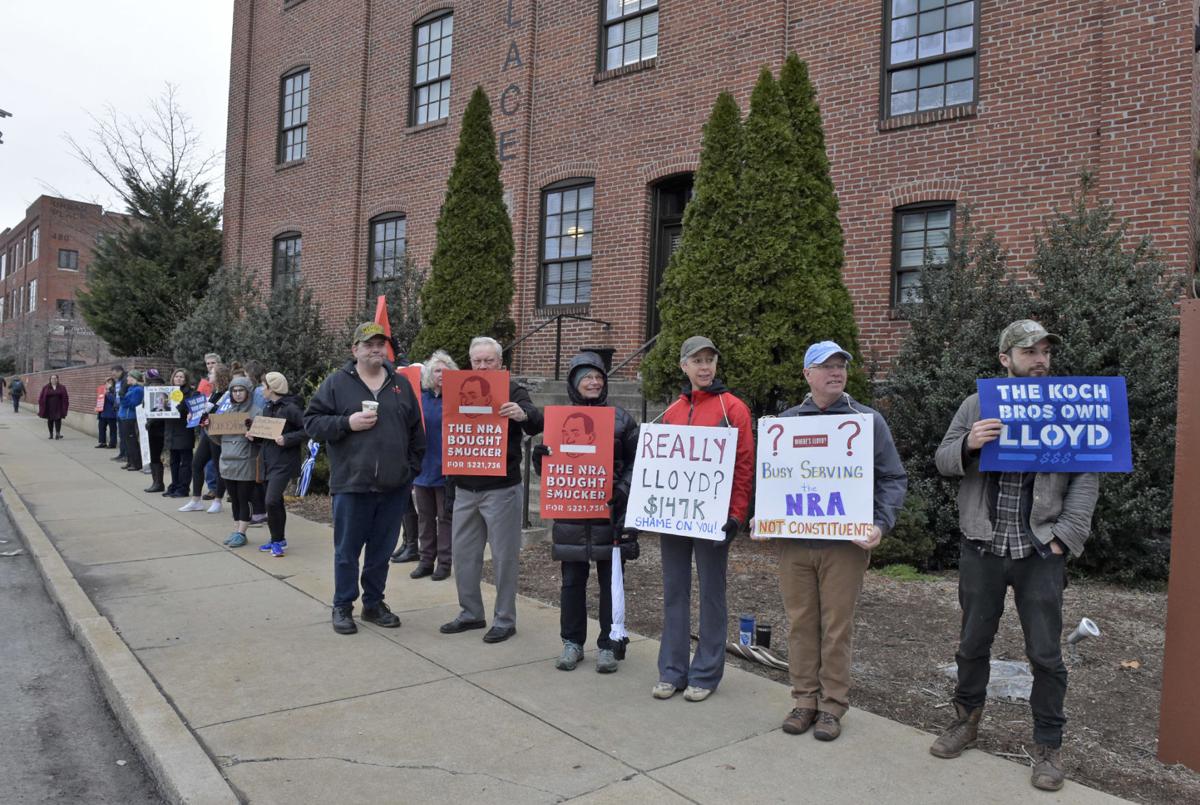 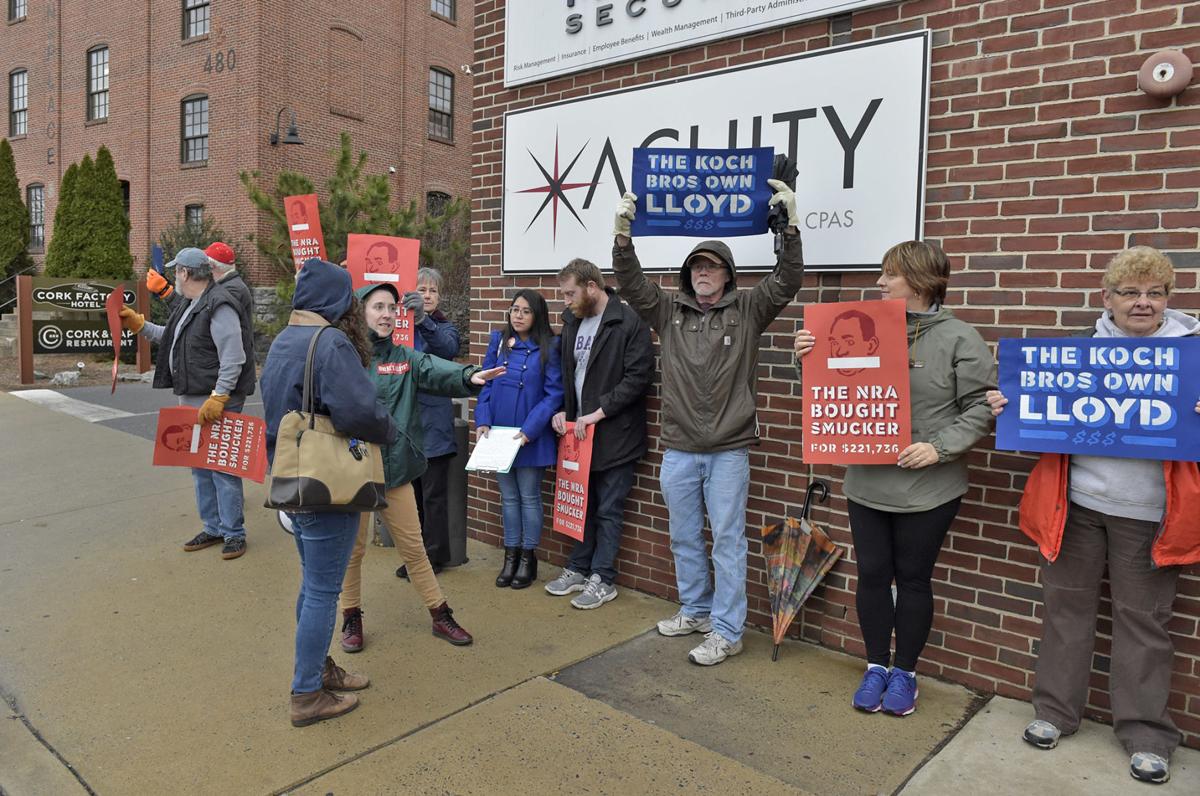 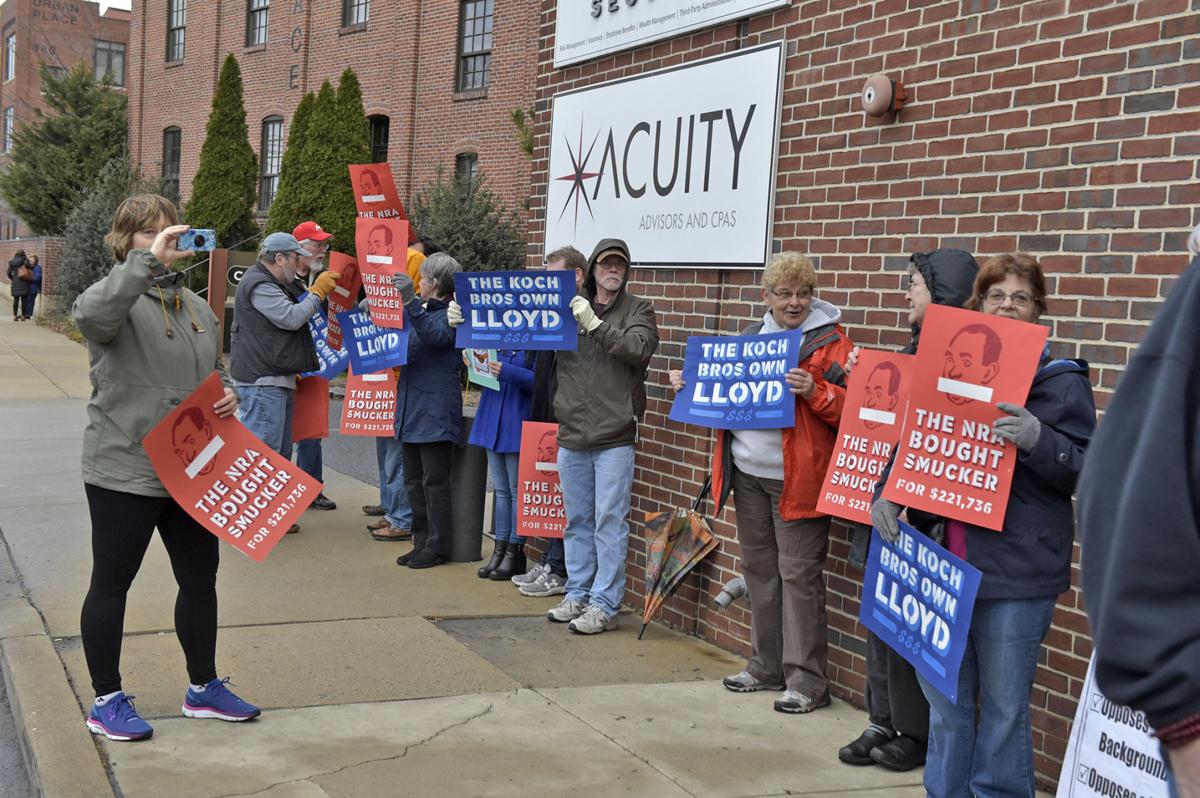 Standing in a crowd gathered to protest outside an event featuring U.S. Rep. Lloyd Smucker, a J.P. McCaskey High School senior called for changes to reduce gun violence in schools.

“Now is when something needs to happen,” said Margarete Davila.

“Lloyd Smucker and the Republican Party need to use their power to protect students who are the future of this country,” the 17-year-old said.

Around 100 people — including at least a dozen high school students — stood in protest of the support Smucker has received from the National Rifle Association and his 415 days in office without an in-person town hall meeting.

6 students with the Stone Independent School came over during their history class this morning. pic.twitter.com/ndQTtWGqNA

Activist group Lancaster Stands Up planned to gather outside the Cork Factory Hotel while Smucker spoke at a Lancaster Chamber of Commerce event.

Turned away from the parking lot by hotel employees, the protesters stood on sidewalks along New Holland Avenue at the two main entrances to the property.

Margarete Devila, 17. McCaskey student. “Lloyd Smucker and the Republican Party need to use their power to protect students who are the future of this country.” pic.twitter.com/hdrye5IZFt

The group’s new “Where’s Lloyd?” van drove by to cheers from the crowd. Many passersby honked their horns in support, and a few “boos” were yelled.

Smucker entered and exited the chamber event without confrontation from protesters.

Six students from Stone Independent School on Lime Street walked over during their history class . They've been learning about government in class, said Robbie Perot, 16, a junior at the school.

“As students, we should be able to get our education and not have to worry about a school shooter attacking us with an assault rifle,” said Kindelberger, 17.

The group of protesters includes Lancaster Stands Up members and others from the community. Lots of honks from passersby and only a few “boos.” pic.twitter.com/gka2mf81Hp

Lancaster Stands Up event organizer Eliza Booth said she was pleased with the turnout and the positive response from people driving by.

“We demand that our congressman Lloyd Smucker does something about this, makes a strong statement, stops taking money from the NRA, and represent us and take steps to protect our children and our community,” she said.

The NRA spent $147,185 on Smucker's behalf during his campaign for the U.S. House in 2016. It was among the most the NRA spent on a congressional candidate before that year’s April primary, according to the nonprofit Center for Responsive Politics.

Mike Barley, Smucker’s campaign spokesman, said at the time that no one in the Smucker campaign knew in advance the NRA would spend money to endorse Smucker.

However, Barley said, “any of that type of support absolutely makes a difference.”

“The fact is that Congressman Smucker has met with members of Lancaster Stands Up — some of whom are paid, liberal activists. In 2017, he hosted nearly 300 meetings with constituents who requested time and visited nearly 120 schools, businesses, and other organizations, and has continued that effort in 2018. Any notion that Congressman Smucker is not accessible is just a false, politically-motivated narrative, and for the sake of its readers, LNP should heed its own advice about civility and stop propping up that narrative.”