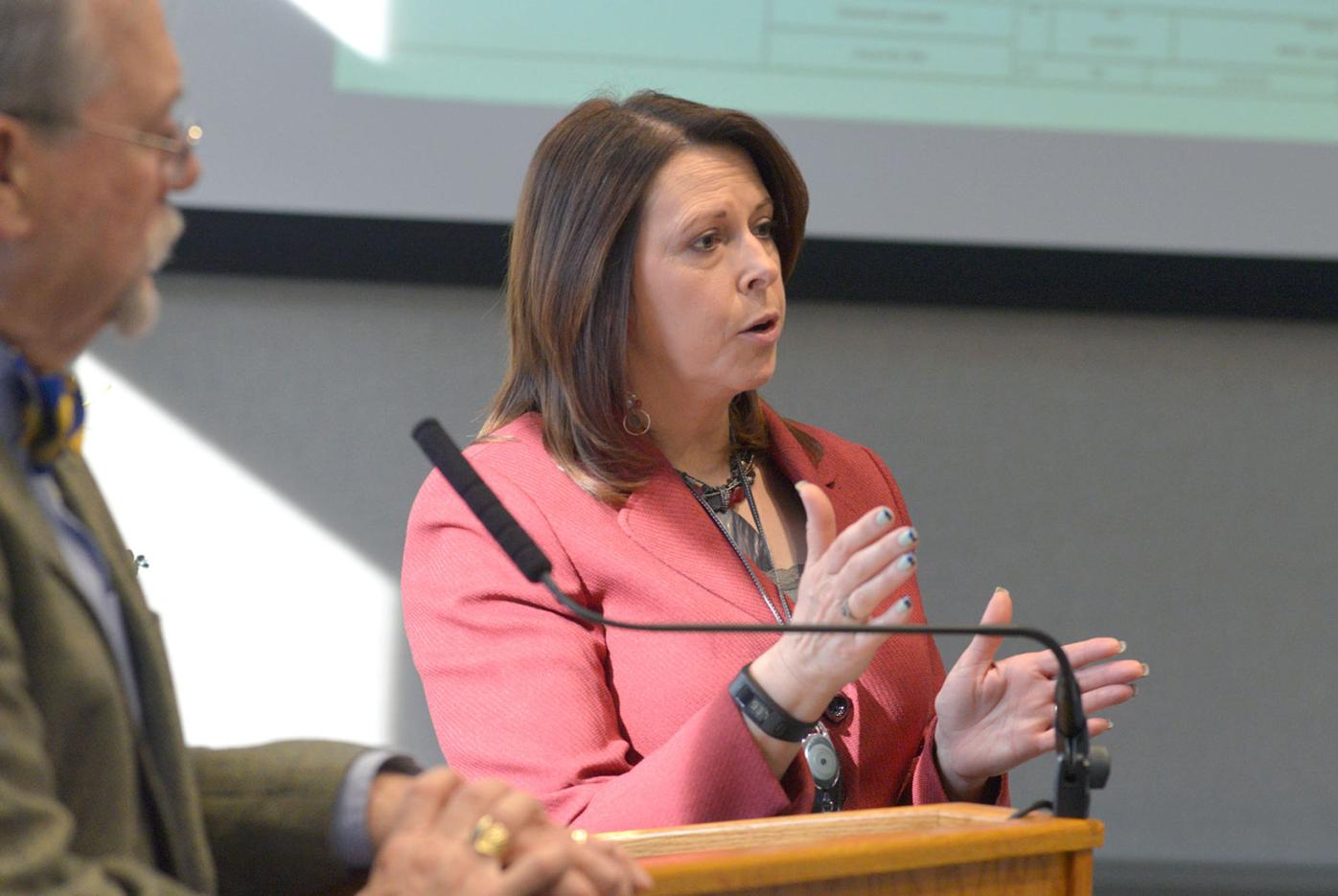 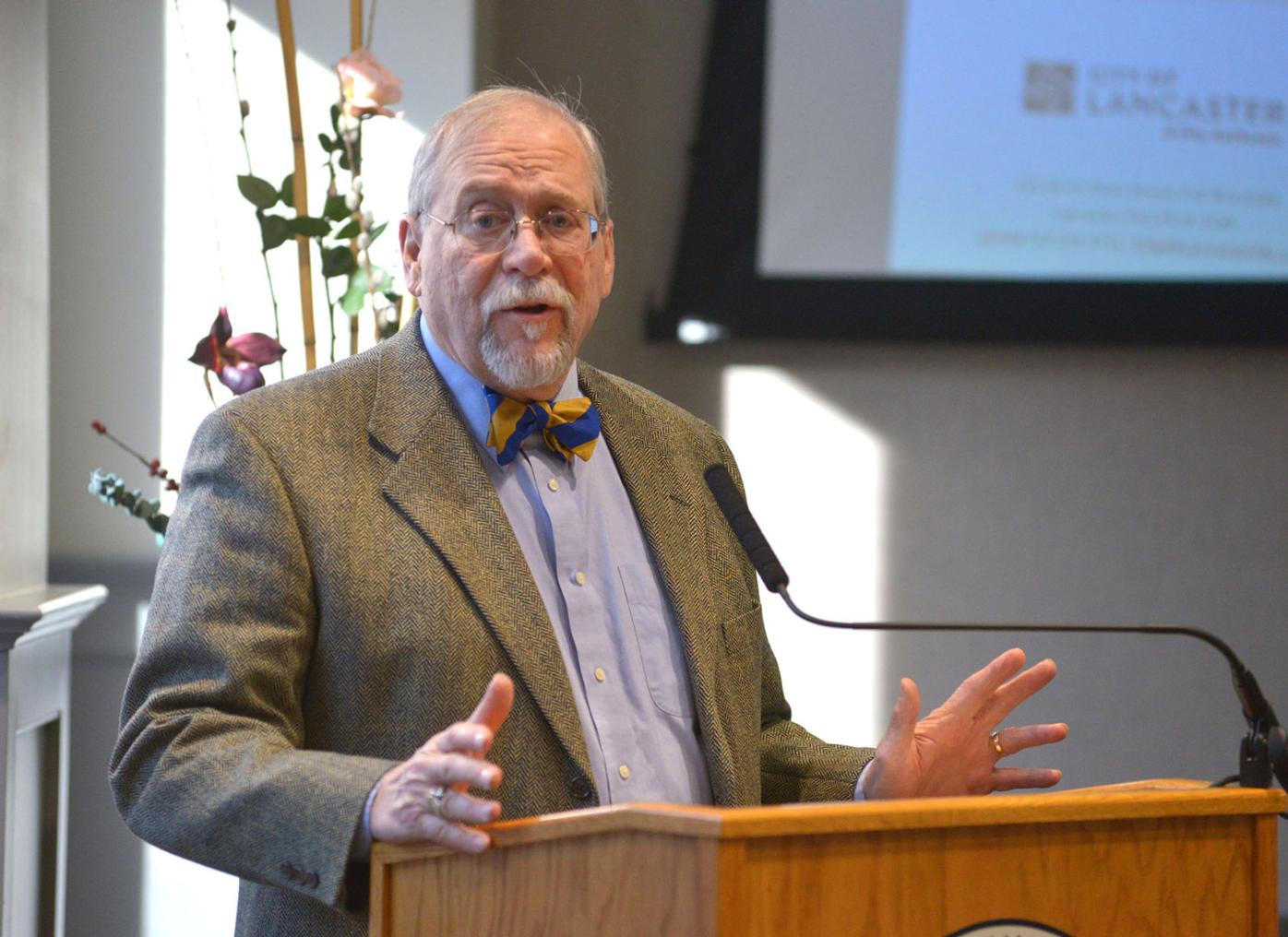 Lancaster city Mayor Rick Gray talks about the city's plans for municipal broadband service that will include free WiFi in public areas during a news conference on Feb. 25, 2015. City residents and businesses will also be able to subscribe. (Richard Hertzler/Staff) 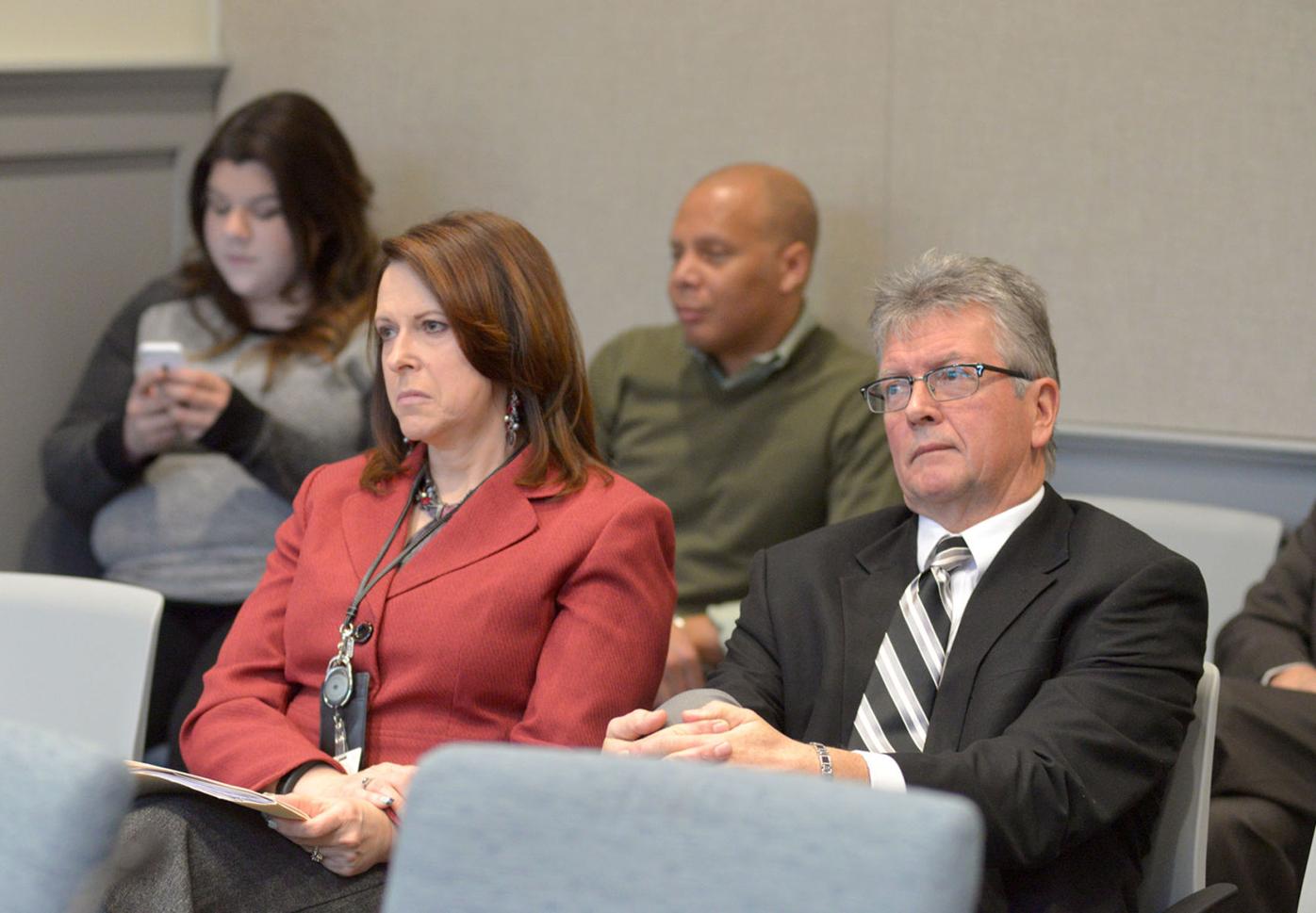 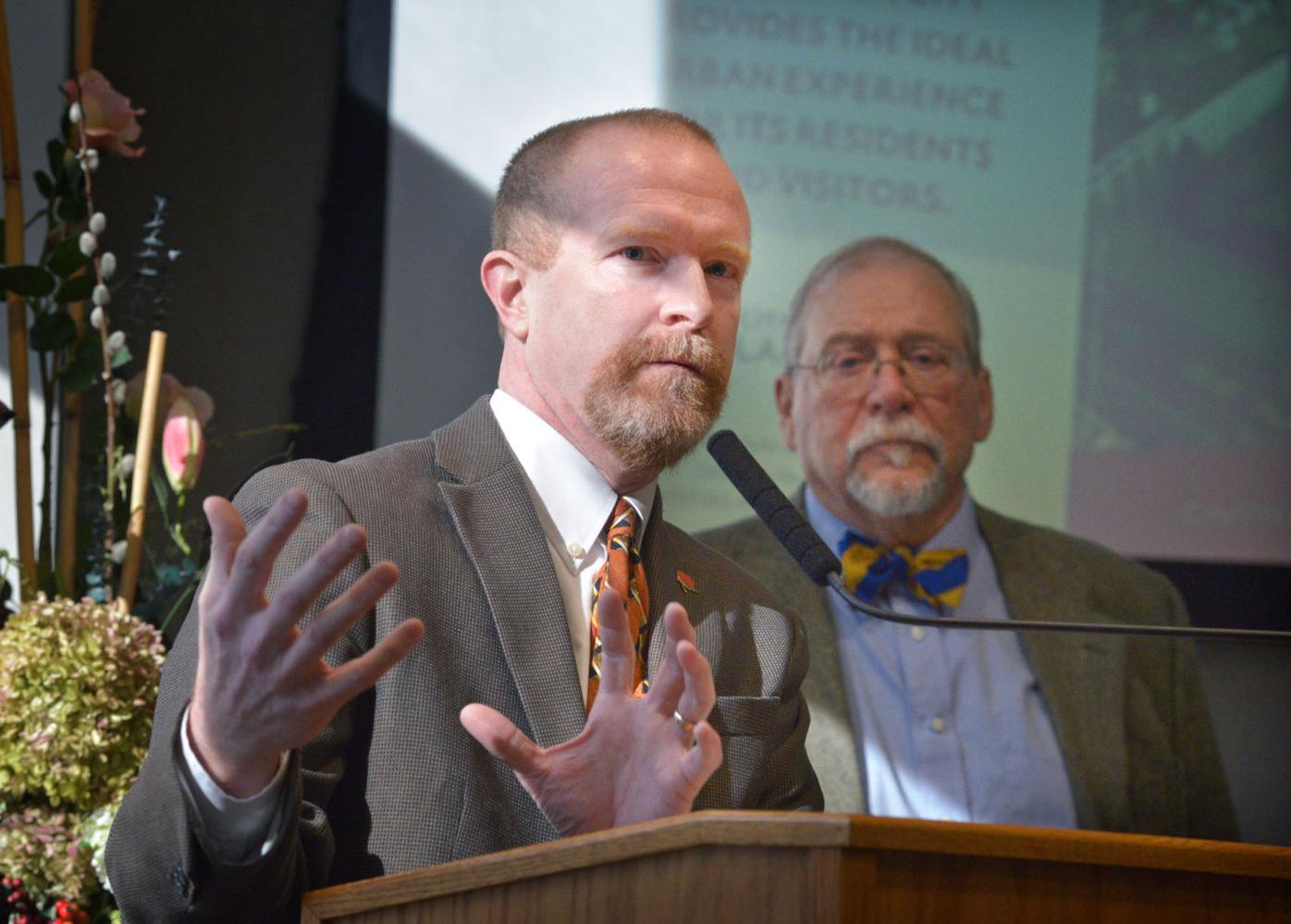 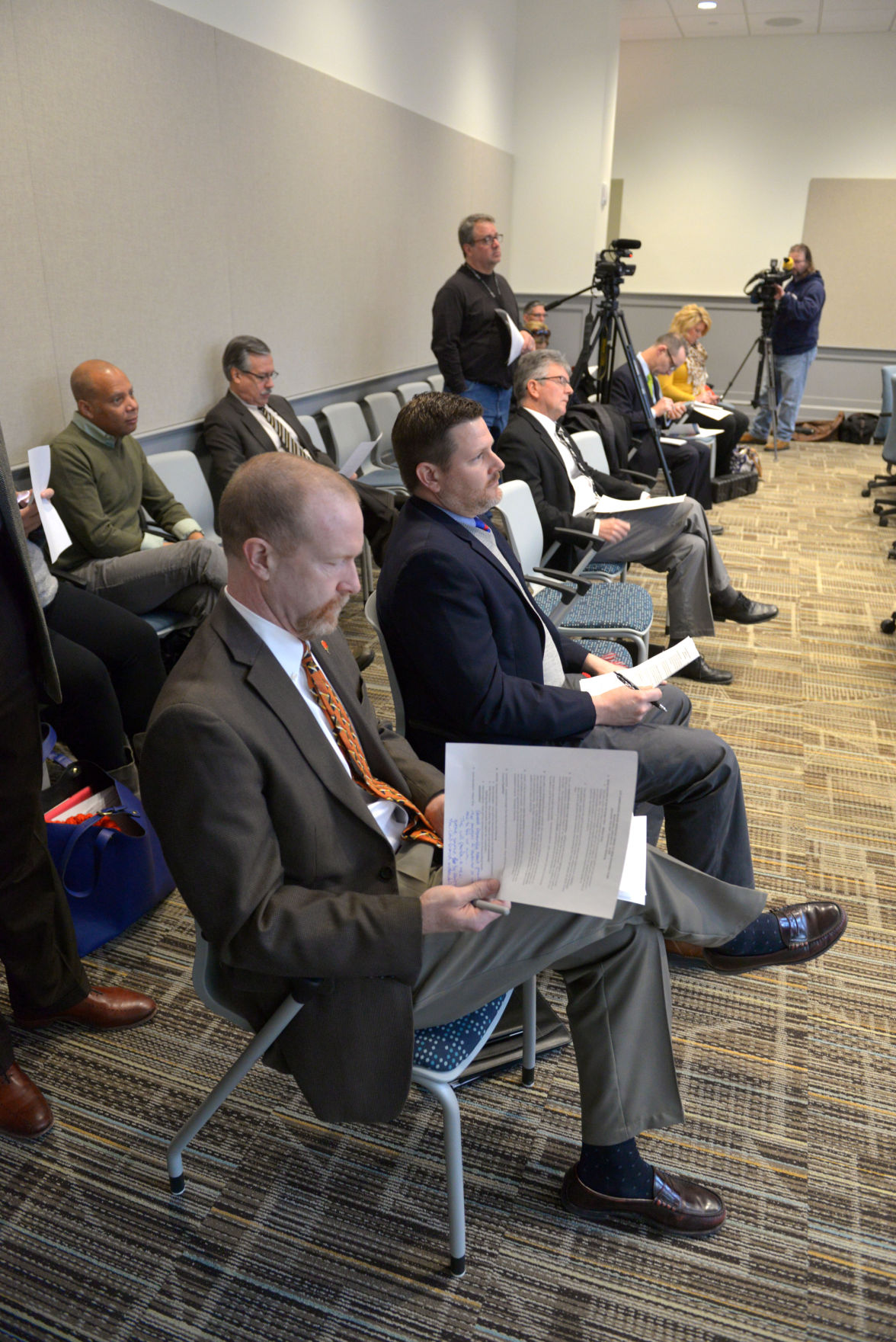 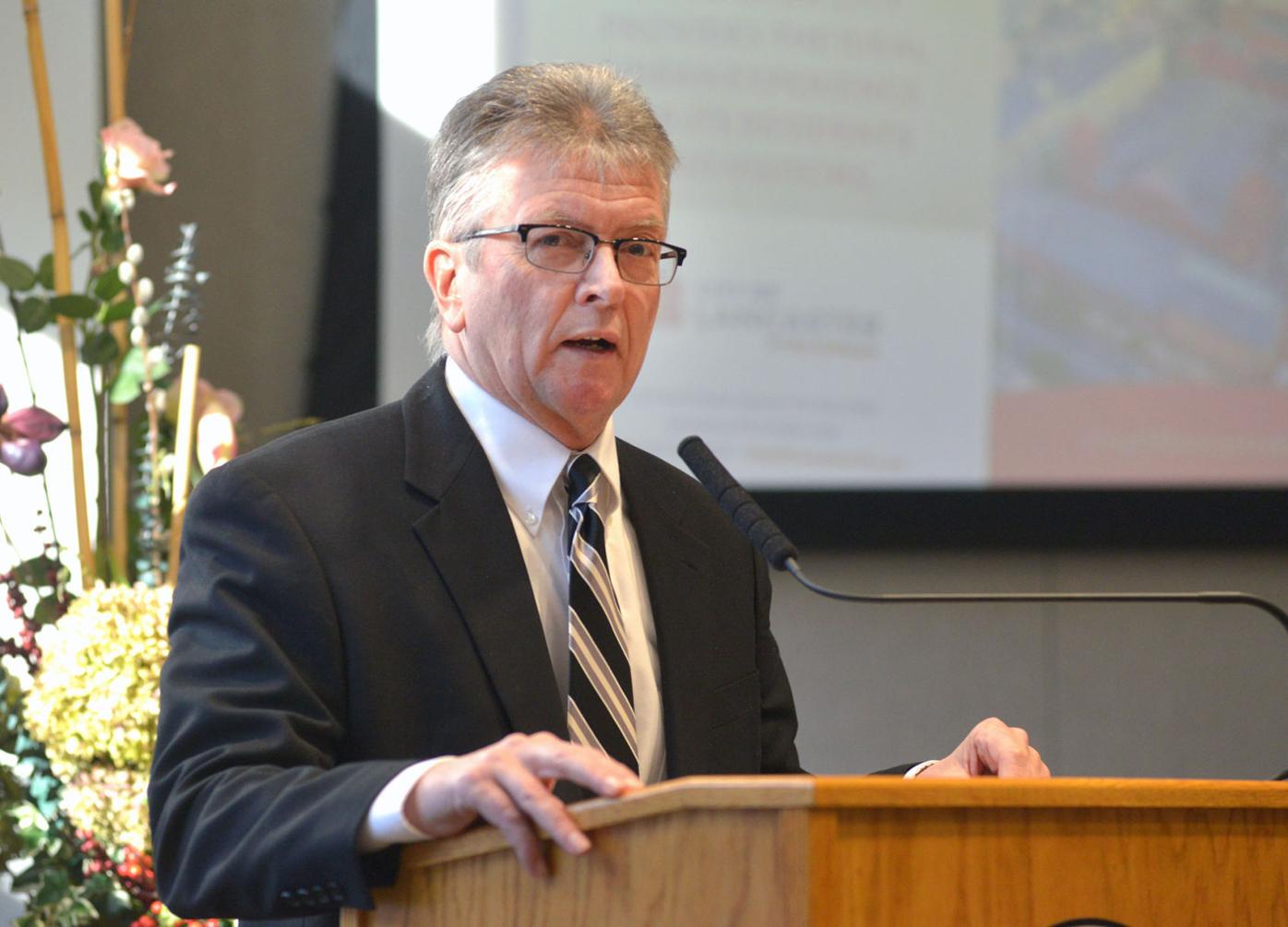 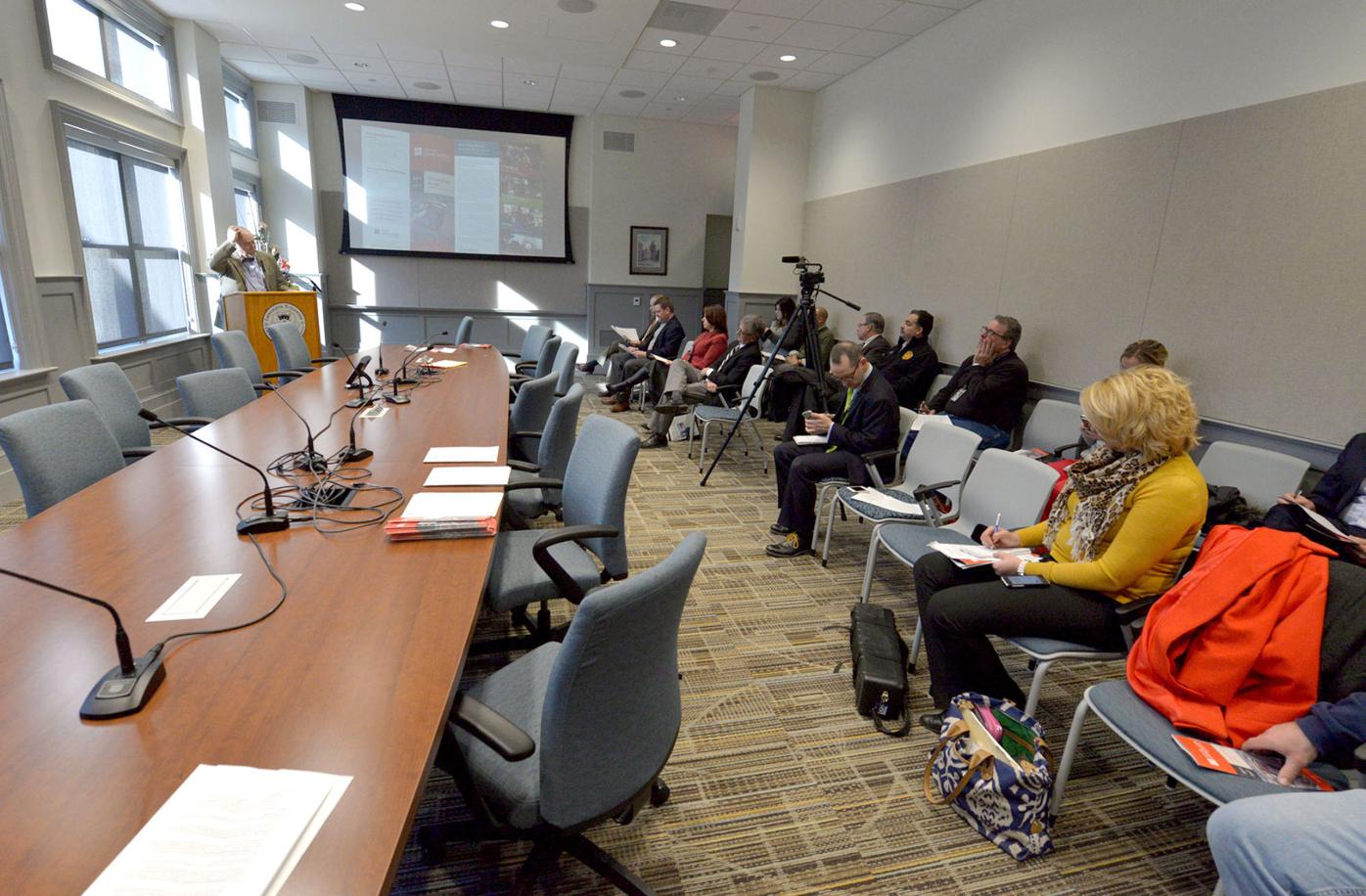 The meeting today at City Hall on the city-wide broadband service. (Richard Hertzler/Staff)

Lancaster city Mayor Rick Gray talks about the city's plans for municipal broadband service that will include free WiFi in public areas during a news conference on Feb. 25, 2015. City residents and businesses will also be able to subscribe. (Richard Hertzler/Staff)

The meeting today at City Hall on the city-wide broadband service. (Richard Hertzler/Staff)

Free Wi-Fi in public areas will be part of a municipal broadband network Lancaster officials plan to roll out to much of the city over the next 18 months.

The city contracted with MAW Communications Inc. of Reading to build and maintain the system, which officials announced Wednesday.

Under the 20-year agreement, MAW will be paid about $500,000 to install fiber-optic cable and transmitters throughout the city. The company will get a share of residential and business subscriptions, which will pay for maintenance.

The city will receive a percentage of revenues generated by subscriptions, though the cost of subscribing to the service hasn't been determined yet, said Pat Brogan, chief of staff to Mayor Rick Gray.

And while subscription prices haven’t been set, Gray said the city was “very confident that it’s going to be a lot lower than what you’re paying now for home Internet service.”

The city is “shooting for the end of this year” Brogan said, to have WiFi hotspots in public places and the subscription plan offered to about two-thirds of the city.

Public spaces will include all parks and designated places such as Penn Square, officials said.

But the main reason the city is building the network is to save money.

“The foundation of the broadband network is for city services first,” said Charlotte Katzenmoyer, the city’s public works director. “The other benefit is to offer Internet services to business and residents and to have the WiFi hotspots.

For instance, said Patrick Hopkins, the city’s business administrator, the city anticipates saving between $130,000 and $200,000 a year by being able to remotely read water meters of its water customers.

Readings of perhaps 15 to 20 times a day compared with once every three months by meter readers will also detect residential and other system leaks early.

Thought mundane-sounding, he said: “It will be a huge efficiency for the city. It will be a benefit customer service-wise for our residents and customers.”

City officials said they are unaware of any other city with such a model. While other cities have offered Internet access, many haven’t worked.

Slow speeds in those systems have been one issue, Katzenmoyer said.

Related: Other cities that have set up municipal broadband networks

Lancaster’s system will offer benefits to residents and businesses, too, officials said.

The network will allow speeds of 300 Mpbs, both for WiFi and subscribers, according to officials.

“One of the advantages of fiber-optic cable is the speed is basically unlimited” and the system is reliable, Katzenmoyer said.

Bob Shoemaker, president of the Lancaster City Alliance, said the organization “is just more than excited about this.

“Businesses large and small here in the city, numbering somewhere over 3,000, will be taking advantage of this network,” he said.

Matt Przywara, chief school administrator for the School District of Lancaster, said the network will help “close the digital divide between the haves and the have-nots” and will help make the district’s students competitive with students locally and across the globe.

The city can look forward to the district partnering with the city, he said.

Details of how the network would be used by students in Lancaster Township haven’t been worked out, officials said.

• The broadband network will also allow for remote traffic signal control to deal with traffic congestion and pedestrian movement.

• Police and other city employees will no longer need aircards to connect computers to the Internet because they’ll be able to connect securely though the municipal network.

No longer having to pay for Internet services will save the city about $110,000 annually.

• The Lancaster Community Safety Coalition, which already has limited fiber-optics, will be able to connect to the network.

Under state law, the city had to offer right-of-first refusal to build such a system to its predominant telecommunications carrier, which is Verizon.

Verizon declined to build the system in a letter to the city dated Feb. 12.

When will the service take effect?

Lancaster city and MAW Communications created a public-private partnership to implement a high-speed municipal fiber optic network, but it has…

Nearly 1,000 people have preregistered for the city’s municipal broadband network and nearly 600 have applied to be early adopters.