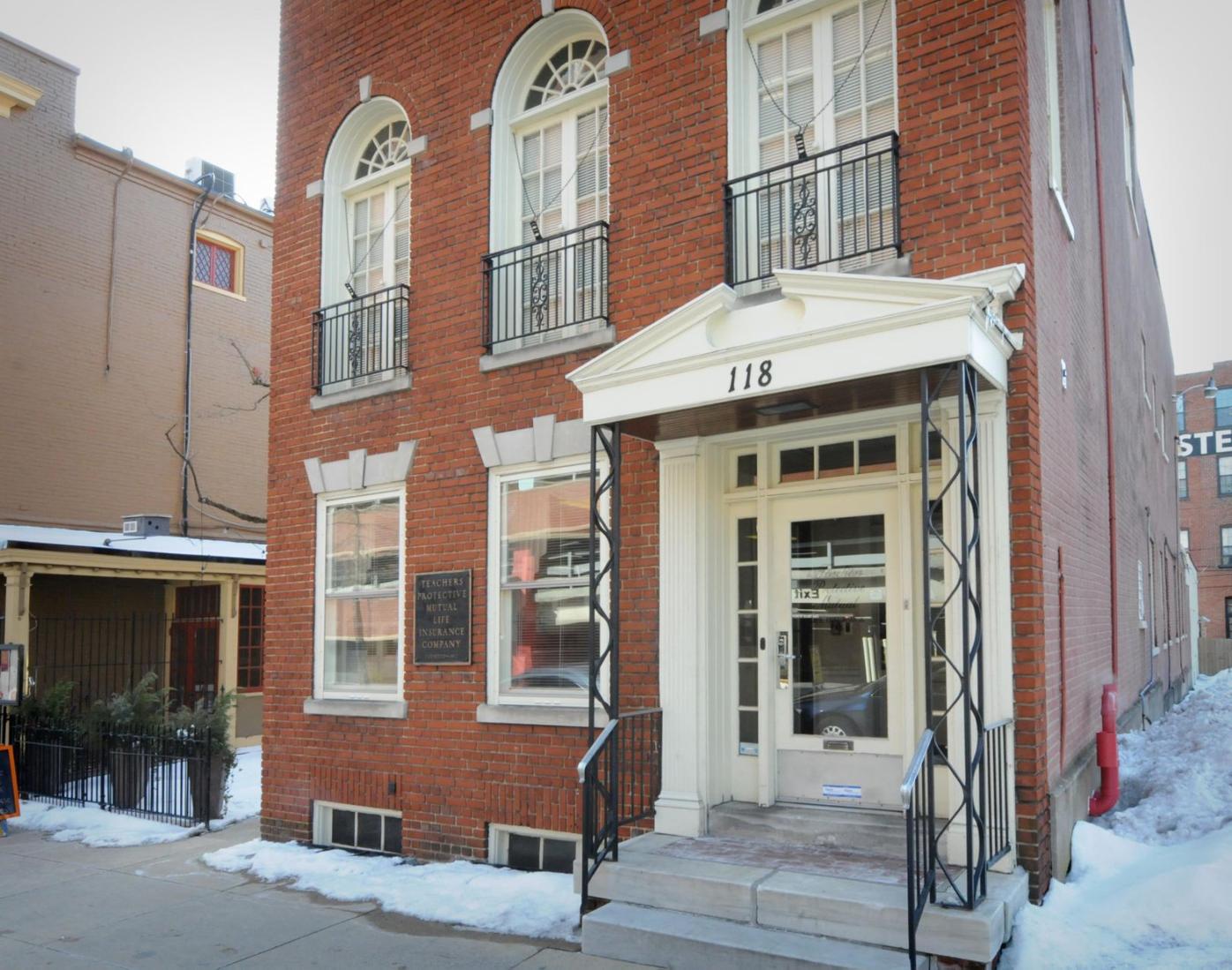 A 50-plus room hotel is planned for the the Teachers Protective Mutual Life building at 116-122 N. Prince St. 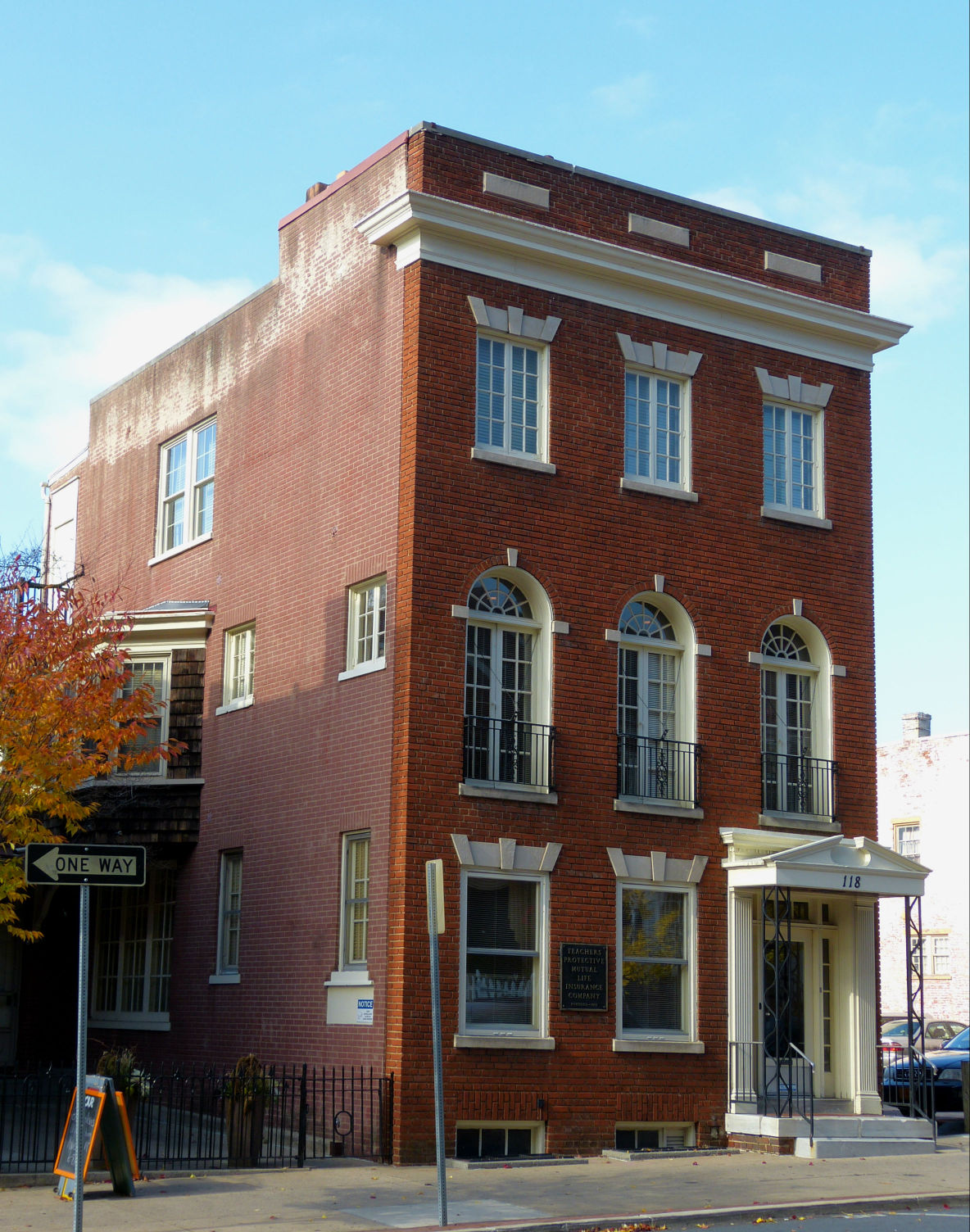 The Teachers Protective Mutual Life Insurance Co. building is shown in this photo from Nov. 2014. 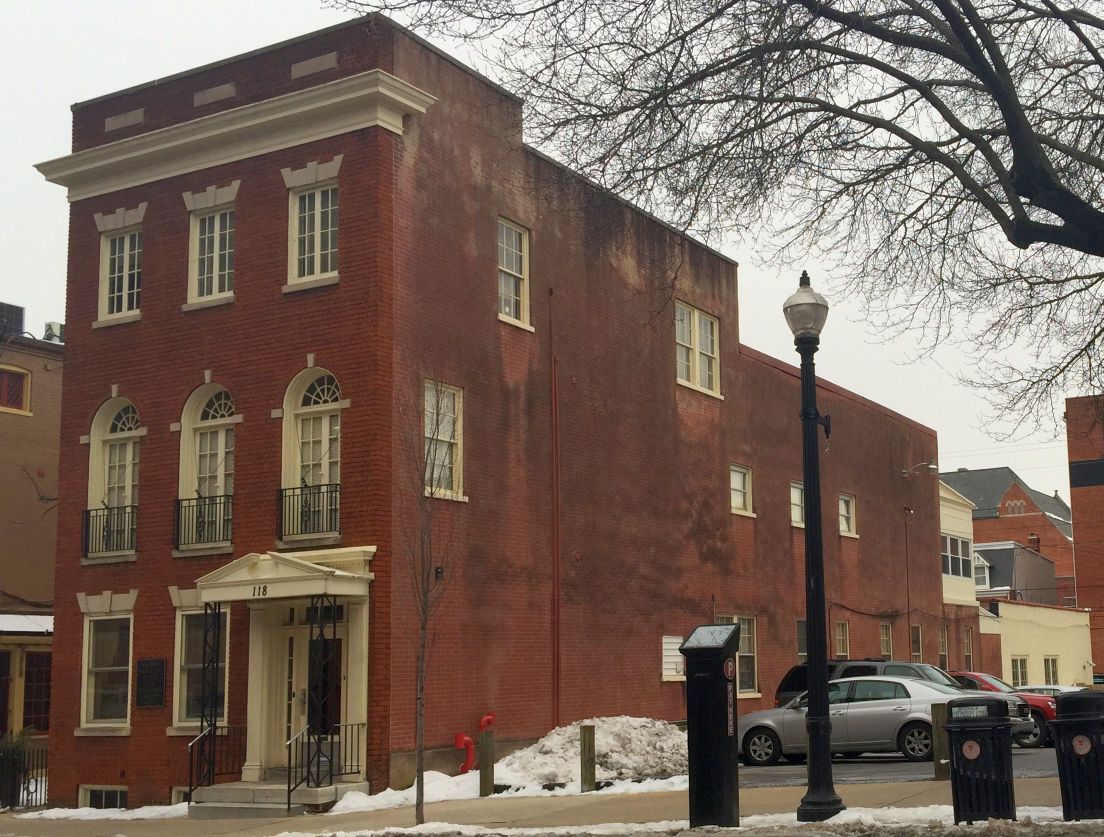 A fourth story would be added to the building for the Surveyor Hotel.

The building that would become the Surveyor Hotel extends to Water Street.

A 50-plus room hotel is planned for the the Teachers Protective Mutual Life building at 116-122 N. Prince St.

The Teachers Protective Mutual Life Insurance Co. building is shown in this photo from Nov. 2014.

A fourth story would be added to the building for the Surveyor Hotel.

The building that would become the Surveyor Hotel extends to Water Street.

A 50-plus room hotel is planned for downtown Lancaster in the three-story building that now houses Teachers Protective Mutual Life Insurance Co.

Crystal Weaver, owner of Prince Street Cafe, and Kyle Sollenberger, an entrepreneur who works with technology start-ups, have unveiled their plans for the Surveyor Hotel at the property they just bought at 116-122 N. Prince St.

Over the next 18 to 24 months, Weaver and Sollenberger say, they will work to develop the boutique hotel, which will include a first-floor restaurant a little more than a block from Lancaster Central Market.

The project will require some demolition at the back of the building as well as some construction, including the addition of a fourth floor and building on portions of the surface parking lot included in the property.

Weaver and Sollenberger said they have not yet filed plans with the city but hope to be able to begin construction this fall, with a possible opening of the hotel in the spring of 2017.

“We're small business owners who see this as a real opportunity and want to continue to contribute to our city's momentum,” Weaver said. “We're up for the challenge this new venture presents.”

Details to be determined

The business partners didn’t give many details about the plans Wednesday, although Weaver said she hoped the Surveyor Hotel would create 40 jobs while describing it as an “independent urban lifestyle hotel and restaurant.” They did not estimate possible room prices.

In a deal that was finalized Wednesday, the property was sold for $875,000, a price that included the adjacent 35-space parking lot.

The lot was once the site of Degel Israel's Hebrew School, which was sold in 1961 to Teachers Protective and turned that year into a parking lot.

Weaver and Sollenberger said it is too early to give a cost estimate for their planned renovations, adding that they will be finalizing plans with an architect as well as securing financing for the project.

Because the property is in City Revitalization and Improvement Zone, where state taxes can be tapped for redevelopment, Sollenberger said they would consider pursuing a CRIZ grant of some amount for the project.

Ed Young, president and CEO of the Teachers Protective Mutual, which has owned the building since the 1930s, said he plans to move the 13-employee firm to another office in the “Lancaster County area” by the middle of the year.

Adding up the rooms

Adding in the 96 rooms in the proposed annex to the 299-room Lancaster Marriott at Penn Square as well as the complete build-out of the Hotel Lancaster that would give it 221 rooms, would still leave the city about 180 rooms short of 800, Shoemaker said.

"So anything in the category and size that Crystal and Kyle are looking at will be an asset," he said.

Shoemaker, who has been encouraging the project for several months, added that he feels the Surveyor Hotel will be a success.

"Between these proprietors and the general business strategy, it's clearly going to be an asset to the city," Shoemaker said.

A plan with some history

The Surveyor Hotel’s name is an homage to Andrew Ellicott, a Lancaster resident whose historic home is directly across the street. It is now the headquarters of the Historic Preservation Trust of Lancaster County.

Ellicott was a prominent surveyor in the early 19th century who worked directly with Meriwether Lewis of the Lewis and Clark expedition.

Sollenberger, who is originally from the Lancaster area, worked at a variety of technology companies in San Francisco, where he helped create several mobile apps. He moved back to Lancaster in 2012 and now works with technology start-ups.

Weaver was one of the original owners of Prince Street Cafe and is now sole owner of the cafe, at 15 N. Prince St.

Weaver and Sollenberger have teamed up before.

Last summer, Sollenberger completed the renovation of a former city warehouse into a commercial space that now houses Passenger Coffee Roasters, which is owned by Weaver.

The Surveyor Hotel would be right next to Pour restaurant, whose owner Bryan Kepner raved about his possible new neighbor.

“What they’re doing next door just exemplifies the fact that Lancaster is on a roll right now,” Kepner said.