During Black History Month, it’s fun to learn about some of the well-known African Americans who have called Lancaster County home. Here is a page you can color while you learn about each of them and what they accomplished. 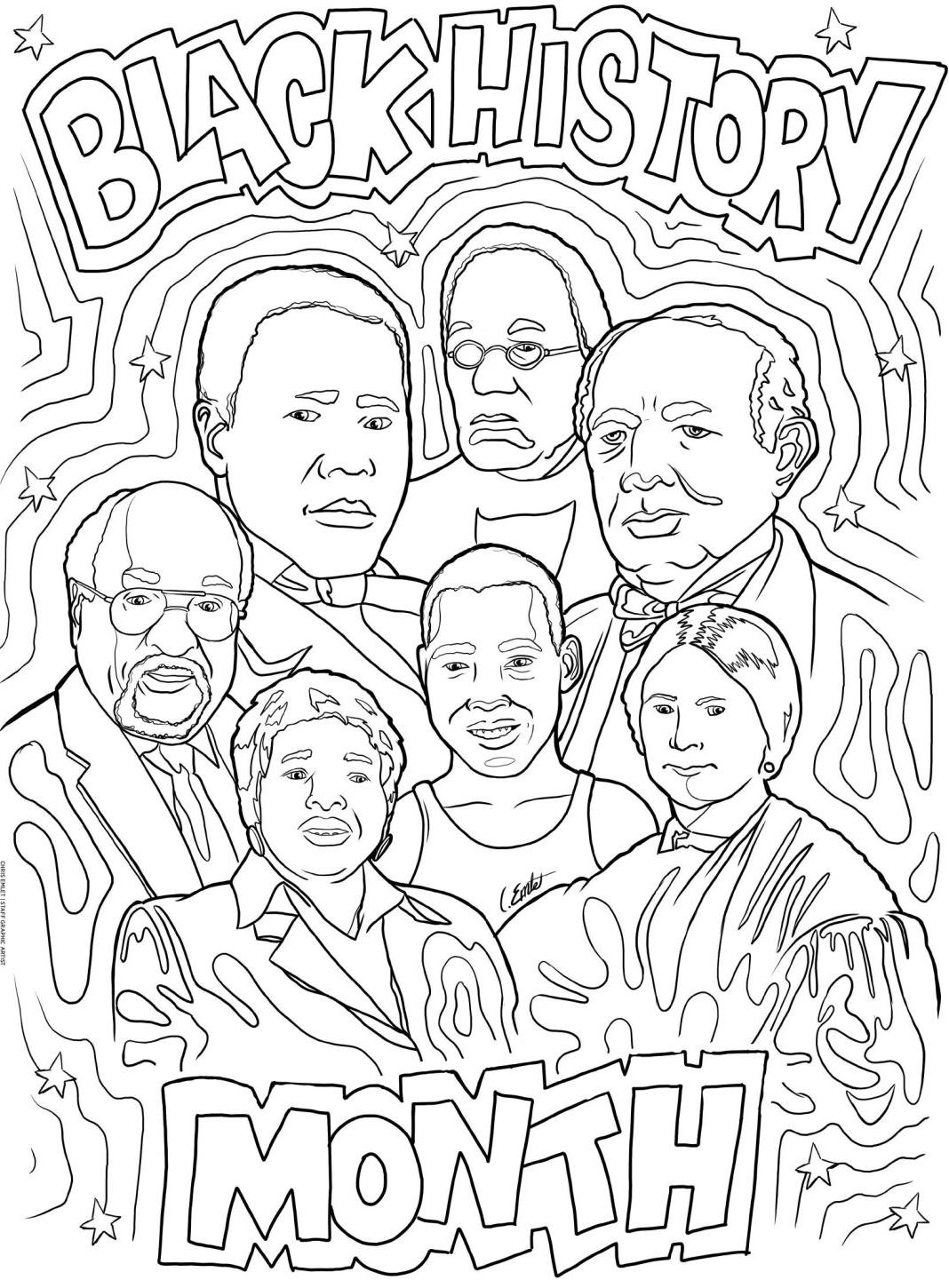 Madeline Anderson is a filmmaker who made “Integration Report 1,” the first documentary ever made by a Black woman. Now in her 90s, Anderson grew up in Lancaster and attended J.P. McCaskey High School.

William Parker escaped slavery as a young man and settled in Christiana, where he used his home as a safehouse on the Underground Railroad. He helped protect freed men and women from being kidnapped. He died in 1891 at age 69 or 70.

Henry Norwood “Barney” Ewell, a J.P. McCaskey grad, was a track and field athlete. Among his many accomplishments as a runner, he won one gold and two silver medals at the 1948 Summer Olympics. His high school honored him with a stadium in his name, and the site formerly known as Lancaster Square on Queen Street in Lancaster city has been renamed Barney Ewell Plaza. Ewell died in 1996 at age 78.

Lydia Hamilton Smith was a Black female entrepreneur who worked as a business manager for Lancaster abolitionist Thaddeus Stevens. During the Battle of Gettysburg, she borrowed a horse and wagon to collect and distribute donations to wounded soldiers. She died in 1884 on her 71st birthday.

William H. Gray III was a Pennsylvania congressman who became the nation’s highest-ranking Black elected official while serving in the U.S. House of Representatives. He later was in charge of the United Negro College Fund. While Gray wasn’t born in Lancaster, he attended Franklin & Marshall College. He died in 2013 at age 71.

William Whipper, left, and Stephen Smith, right, opened a lumber business in Columbia in 1835. They used their substantial wealth to support abolition and helped runaway slaves. Smith, who was pictured with a dark patch over an injured eye, died in 1873 at an unknown age; Whipper died in 1876 at age 72.

Lancaster city is kicking off a two-year project to create a roadmap for growth and community development.