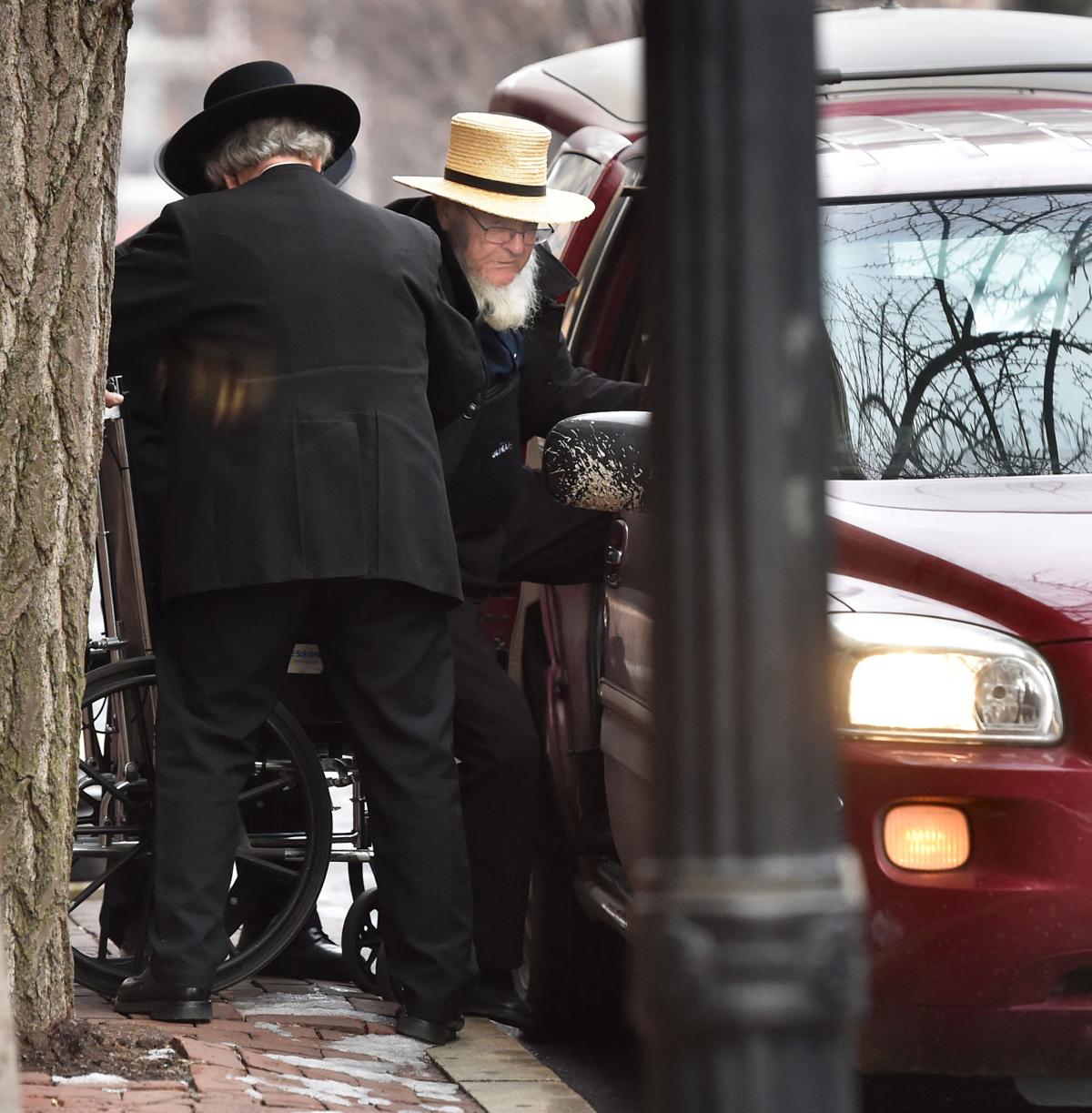 David Smucker is helped to a wheelchair by members of his community as he arrived at the Lancaster County Courthouse on Friday, Jan. 24, 2020. He was sentenced to 38 years of jail time for sexually assaulting four young girls. 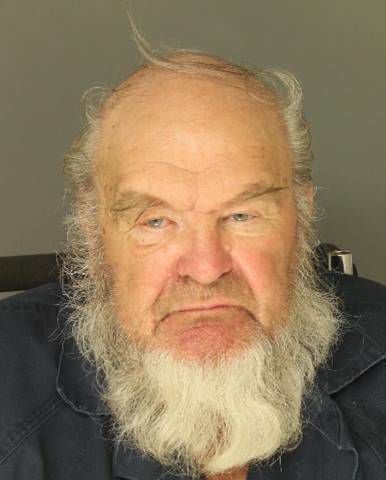 David Smucker is helped to a wheelchair by members of his community as he arrived at the Lancaster County Courthouse on Friday, Jan. 24, 2020. He was sentenced to 38 years of jail time for sexually assaulting four young girls.

A Caernarvon Township man who in December pleaded no contest to the sexual assault of four young girls was sentenced Friday to 38 to 76 years in prison.

David Stoltzfus Smucker, 75, appeared in court wearing a black coat with a dark blue shirt as he accepted his sentencing before Court of Common Pleas Judge Dennis Reinaker. He was brought into the courtroom in his wheelchair, carrying a straw hat.

The courtroom was at maximum capacity, and the crowd included Smucker’s wife of 50 years, family and community members. Victim advocates were seated in the jury box.

David Smucker showed no remorse and issued no apology for the crimes, which he still denies.Sentencing judge said Smucker is the first Amish defendant in his courtroom who has denied responsibility.That denial has inflicted additional trauma on the victims, judge said.

Grimm, who became the victim’s caseworker in April, detailed the impact of the abuse and the ramifications they experience today.

The four victims, all minors, have been moved from their homes and placed in separate households throughout the county. Grimm said the girls can no longer go to school or church because they have disclosed that they have “acted out sexually." They are being homeschooled.

“They don’t want to act out, but it’s almost an instinct for them,” she said.

Several advocates in the jury box were wiping away tears and some of Smucker’s supporters had their heads down as Grimm testified.

Haverstick said the injuries to the victims may not be visible marks, but their trauma will be with them “every day for the rest of their lives.” And the impact is not limited to the four victims, he said.

The victims and their families just want to be able to fully forgive Smucker, Haverstick said. They want him to show remorse.

When Reinaker asked if he had any comments, Smucker said “no” in a hoarse voice and shook his head.

In his 14 years on the bench, Reinaker said, this was the first case where an Amish defendant did not admit guilt or ask for forgiveness.

“It’s hard for me to imagine anything more egregious or evil than what you have perpetrated,” Reinaker said.

Reinaker said he recognized the sentencing was in large part symbolic due to Smucker’s age, before he read through each of the 24 counts individually.

Smucker sat with his eyes closed and head bent to the right, with a grimace on his face as his sentencing was read.

Smucker was charged in March with two dozen felonies. In December, prosecutors dropped four counts of aggravated assault as part of plea resolutions.

The girls told police Smucker had assaulted them when they were between 4 and 9 years old. Three of the girls said Smucker told them to keep the incidents a secret.

Following his arrest, Smucker was briefly in Lancaster County Prison before he was transferred to Whispering Hope, a Cumberland County rehabilitation facility for Plain sect men.

Smucker had a stroke three months before his arrest and injured his hip in prison from two separate falls, said Christopher Sarno, Smucker's defense attorney.

After his sentencing, Smucker was immediately taken to Lancaster County Prison.

Smucker looked back at the courtroom crowd as he was wheeled away.

Trump, Biden try to outdo each other on tough talk on China

It's Trump's call on what the GOP convention will look like

A Lancaster County man was charged with sexually abusing 4 girls. Where he spent the next 10 months raised questions.

NEWVILLE — The entrance to Whispering Hope branches off a rural country road at the foothills of state forest land in Cumberland County, betwe…

A Columbia man was charged for robbing two Turkey Hills 42 minutes apart in the early morning hours of Jan. 5, sporting a knife in one robbery…

Man shoots himself in leg while running from police Saturday in Lancaster city: police

A man in his late 20s shot himself when he was running from Lancaster city police Saturday evening on Manor Street, according to Lancaster cit…