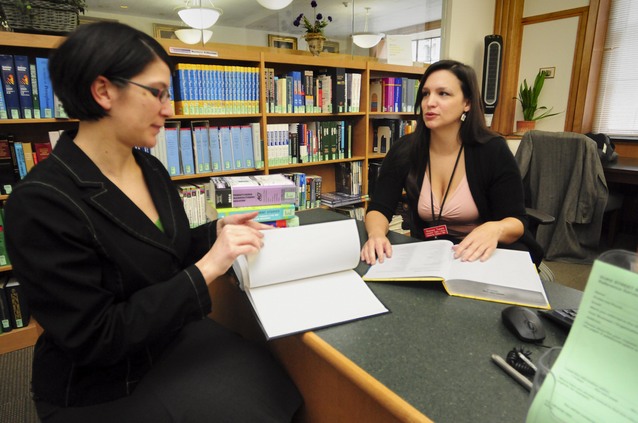 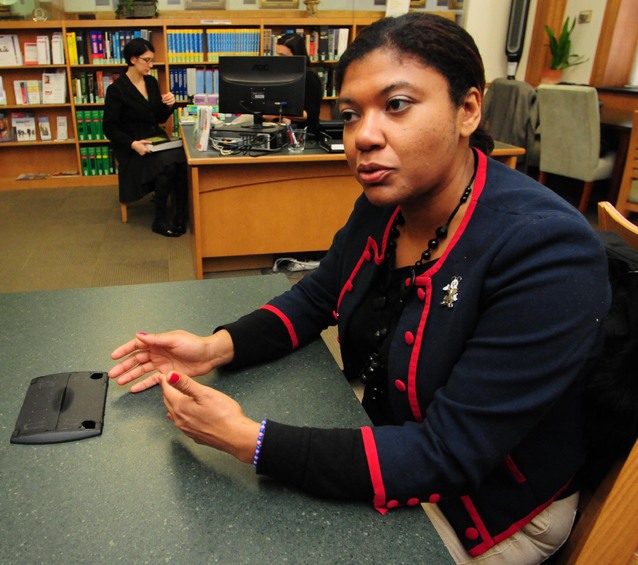 Local art consultant Violet Baldwin discusses the importance of business databases provided by the Library System of Lancaster County during a visit Thursday to the Duke Street Business Center. The LSLC has decided to eliminate the service this year. 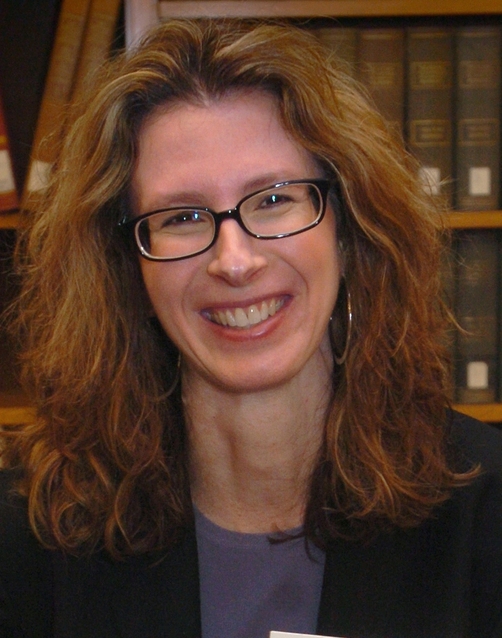 Local art consultant Violet Baldwin discusses the importance of business databases provided by the Library System of Lancaster County during a visit Thursday to the Duke Street Business Center. The LSLC has decided to eliminate the service this year.

Violet Baldwin was ready to expand.

"I already had the person picked out," she says. "But I was clueless about the process."

She went to the Duke Street Business Center at the Lancaster Public Library — where she learned how to start a business two years before — to find out the legal requirements and paperwork needed to add staff.

"I came in and simply asked, 'I want to hire somebody. What do I need to do?' I got a lot of information at the time that I needed it," Baldwin says.

The future of the DSBC, founded in 2006, is now bleak, library officials say, because of the elimination of Business Information Services by the Library System of Lancaster County.

"We consider the business community a priority," says Joyce Sands, deputy director at Lancaster Public Library. "The system is saying it's not a priority of theirs."

Budget cuts were necessary, he says, and "without additional resources coming in, you have two choices: Don't provide the services or make cuts elsewhere. You have hard choices."

The decision will save the county agency about $110,000 this year, according to a statement released by the Library System.

That includes eliminating one staff position and allowing a set of database subscriptions to expire.

For the Lancaster Public Library at 125 N. Duke St., however, the cuts go deeper.

"The electronic databases are what affect us most significantly," Sands says.

Although the Duke Street Business Center is funded by the state — costs include salaries for two part-time business reference librarians — Sands says the loss of those databases cripples the center's ability to serve its patrons.

"It will have a huge impact on anyone who's trying to start a business," says library spokeswoman Heather Sharpe.

"People say Lancaster County is a great place to start a business because of the resources here. The resources we provide are unique in the state ... and I think this will have an impact on economic development in the county."

"Probably the largest number of users are people who are in a business and are looking to identify their competitors and customers," she says. "It's also used by people trying to grow a business.

"Without the databases, we have severely limited the type of information our patrons can get," she adds. "I have testimonials from people who say those databases are the only reason they're still in business."

Consequently, Sharpe says, the announcement that the service will be discontinued has caused "feelings of shock" among patrons.

"This is not the sort of resource you use once and are done with," she says.

When she heard the databases would be eliminated, "My first thought was, 'Thank God I had access to them when I did,' " she says. "I feel bad for the people who won't have free access to that information any more."

Maureen Westcott, executive director of The Arc of Lancaster County, says she's been using the business center for months.

"It's extremely useful. It is user-friendly," she says. "We don't have the ability to buy access to a database like this."

Richard C. Balmer, senior project manager and hydrogeologist for MIC International Trade Consulting at 313 W. Liberty St., says the business center is "a small but very high-quality source of information. The critical part of it is the online databases that many of us in my online networking group use."

"Without these databases, I wouldn't know what to do. I don't have these kinds of resources available anywhere else," he says.

"If there's anything we need, it's to support the business community in these very challenging economic times," Balmer says. "For the professionals I deal with, these online databases are the greatest source of information available to us, bar none."

BENG Director Peter Frost says he lives in York but belongs to the Lancaster library "because York doesn't offer the service."

"There's no replacement for the service," Frost says. "This is a big loss to our members, many of whom have used it to great effect."

• Although some people access the databases via computers in the business center, Sharpe says, they're more widely used remotely — from other public libraries and at home.

"It's available to anyone in the county, as long as they have the Internet and a library card," she says.

Now, those databases won't be available anywhere in Lancaster County unless individuals buy their own subscriptions, Sharpe says.

"The cost is prohibitive," she says. "That's one of the benefits of libraries."

All told, Sharpe says, nine database subscriptions are on the chopping block. User statistics for the five most popular databases show more than 100,000 individual database page views during the first nine months of 2013, she says.

"A closer evaluation of what the public is using would have been very valuable," Sharpe says. "Being brought into the conversation before it was a done deal would have been useful as well."

"We ran through, golly, about 20 budget models," he says. "It certainly wasn't a last-minute decision. We started looking at the budget last summer. We knew it was going to be tight."

In deciding to delete the business budget, Hudson says, "We were just listening to the membership. The membership was saying they wanted to spend more money on the core services, such as IT and cataloging."

By "membership," he refers to local public libraries, not the people who use them.

"Our primary responsibility is to the member libraries," Hudson says. "It's a service many of them recognize has value, but it's not a high priority for them.

"As painful as it is, they could live without that one."