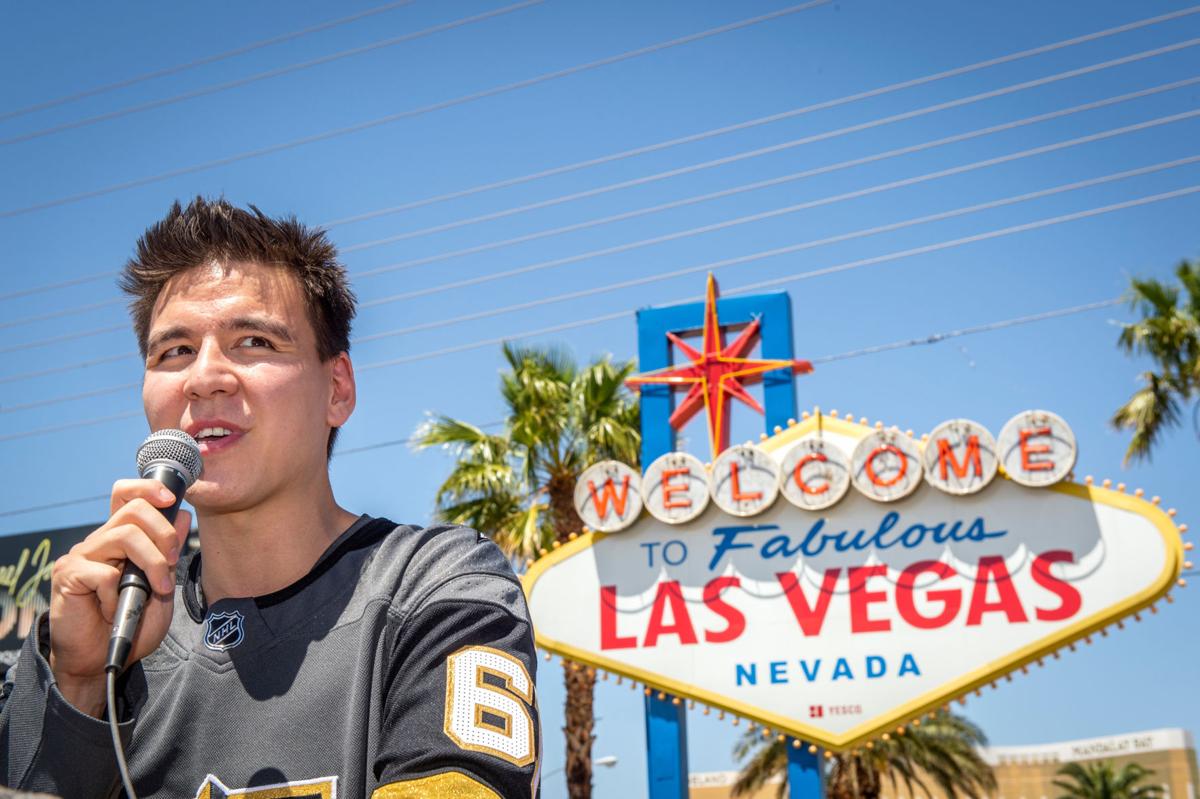 "Jeopardy!" sensation James Holzhauer speaks after being presented with a key to the Las Vegas Strip May 2. 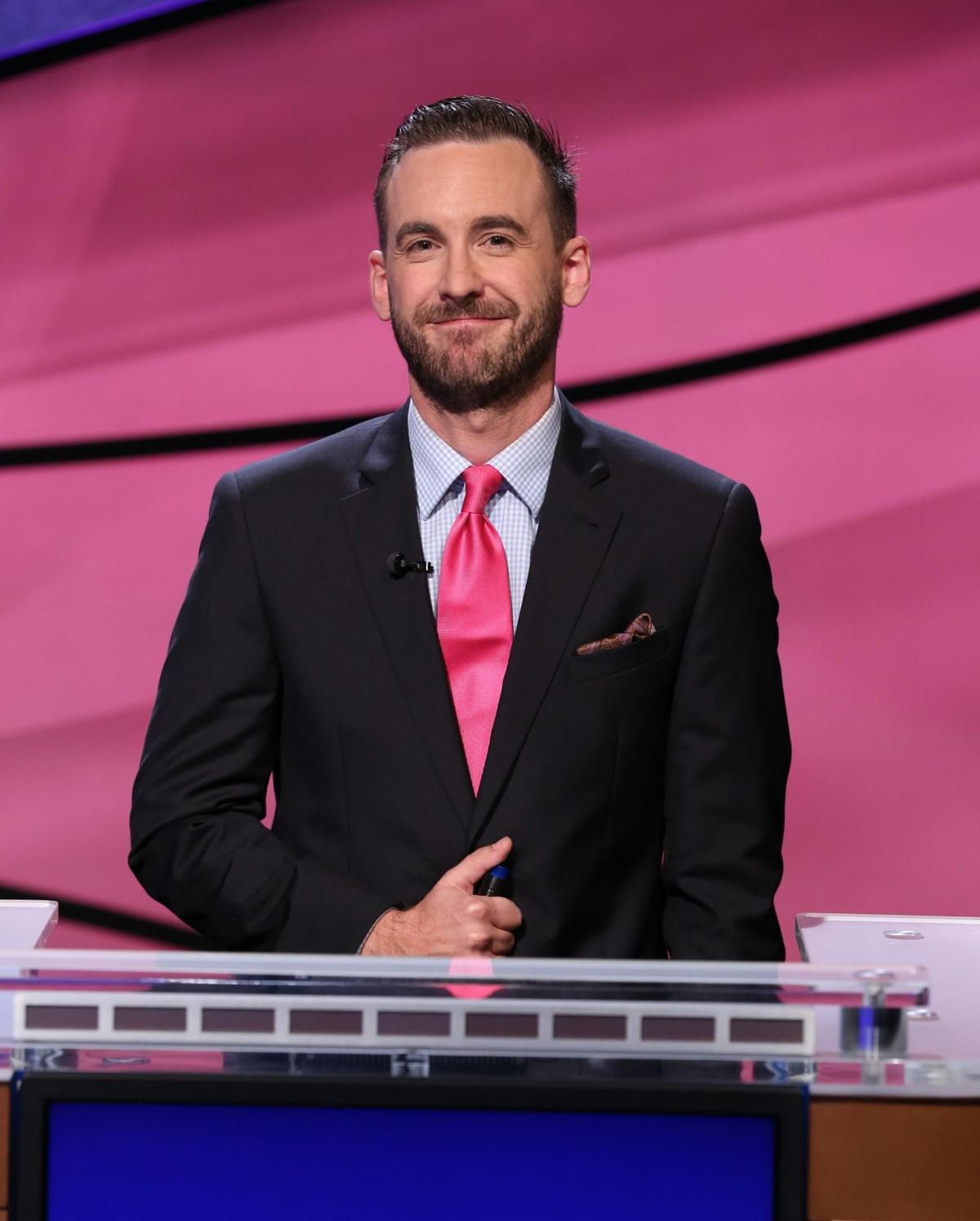 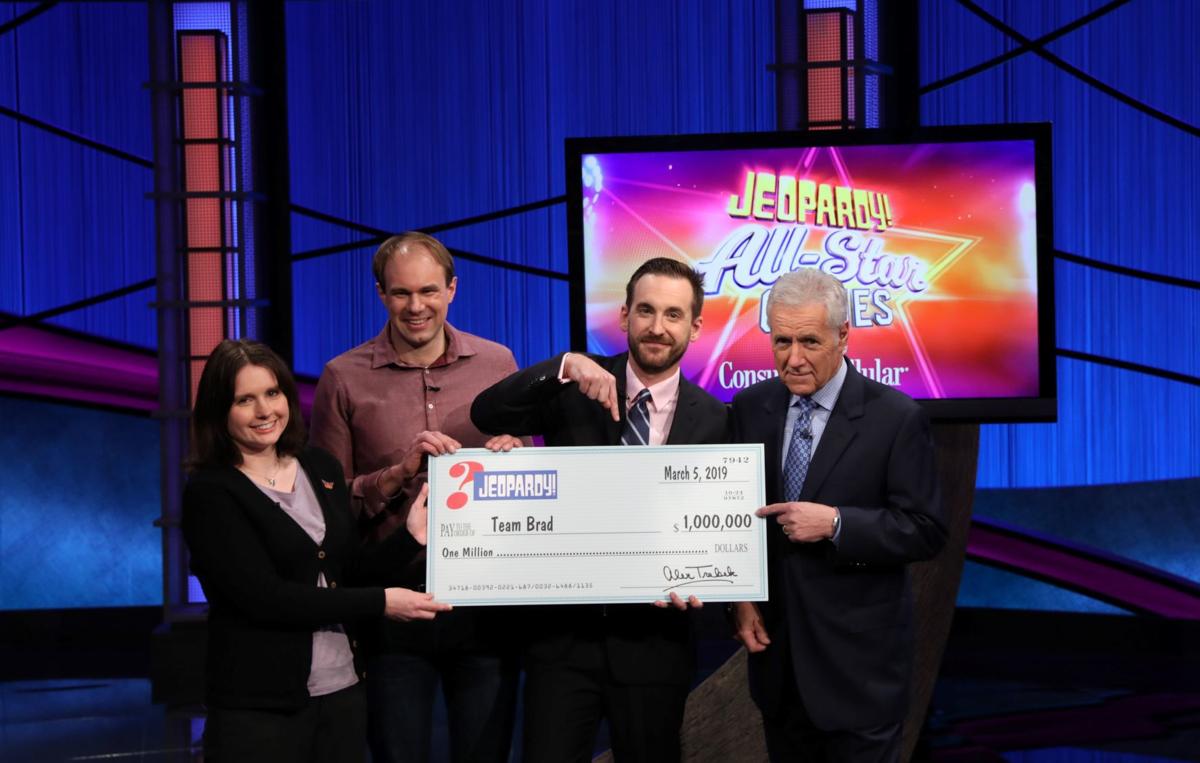 Brad Rutter's "Jeopardy!" All-Star team split $1 million as winners of the All-Star Games in March 2019. His teammates were fellow “Jeopardy!” champs Larissa Kelly and David Madden. Presenting them with the check for their winnings is "Jeopardy!" host Alex Trebek. 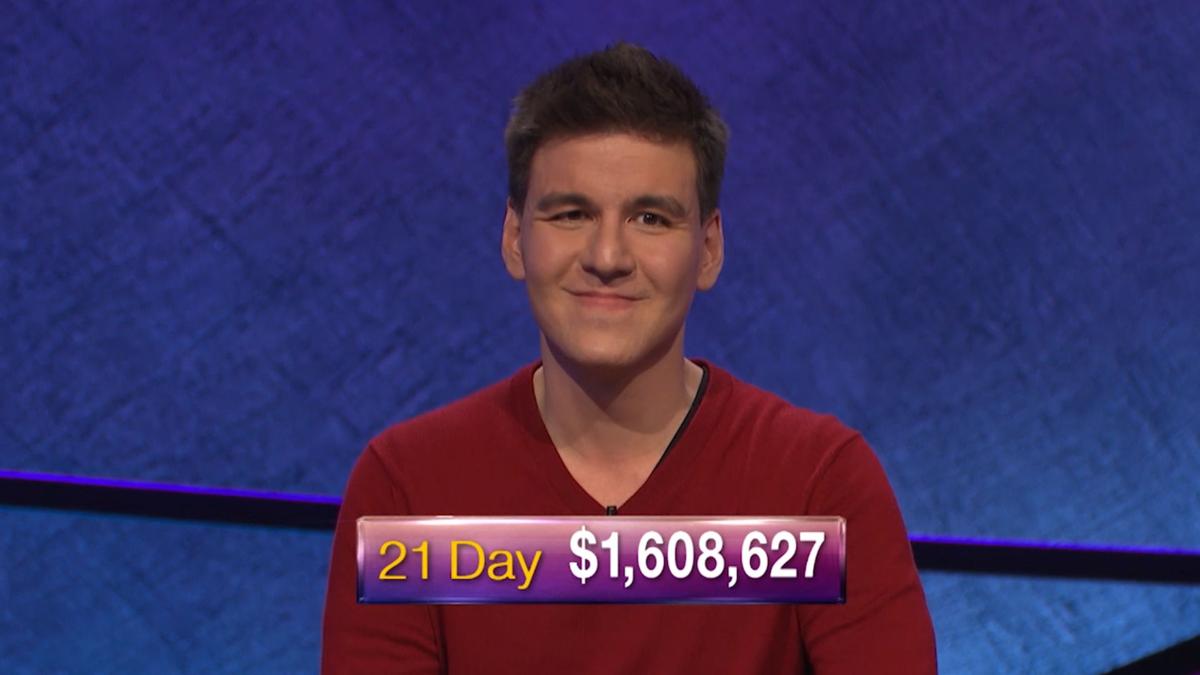 James Holzhauer is shown at the end of his 21th win on "Jeopardy!" He has now won 22 straight games, and will return to the show on Monday, May 20, after the Teachers Tournament is over.

James Holzhauer has been astounding “Jeopardy!” viewers with his winning ways — his smarts, his buzzer prowess, his willingness to go “all in” with big wagers.

Holzhauer, the Las Vegas sports-gambler phenomenon, has also impressed those from Lancaster County who have competed on the venerable quiz show — including “Jeopardy!’s” all-time top money winner, Brad Rutter.

“He’s been getting a lot of attention for playing differently than most people,” Rutter said in a phone interview from his home base of Los Angeles, California. “But I think, honestly, what makes it good and what really makes a difference is the things that make anybody good at ‘Jeopardy!’ — knowledge and buzzer skills.”

Rutter, a Manheim Township High School graduate has won a total of nearly $4.7 million among several appearances on “Jeopardy!” beginning in 2000. In March, he helmed a team with two other top winners in the first All-Star Games team tournament. His team split $1 million.

“James is probably the end point of a trend that's been going on for a while,” Rutter said. “If you look at it statistically, people have not been betting enough on Daily Doubles through the vast majority of the history of ‘Jeopardy!’  And I think that helped me out in the finals of the All-Star tournament, when I knew I was going to go in (big) if I got them, and it ended up working out for me.”

Rutter played his original “Jeopardy!” games when players had to leave after five games.

“It does seem like nobody remembers those days, sometimes,” Rutter said. His friend and rival, Ken Jennings, won 74 straight games after the rules were changed.

“But if I hadn't been on when I was, I wouldn't have been eligible to play in the Million Dollar Masters Tournament, either,” Rutter said, “so I think it worked out all right.”

“He just knows so much,” Melanie Hess, of East Petersburg, who was on “Jeopardy!” for one game in 2013, said. “And he has a unique playing style of heading to the bottom of the board (first) to rack up bigger money totals, and then putting up big wagers.”

“He must be really quick on the buzzer to be able to ring in. ... His timing must be way above average,” Caporusso said.

Hess said she finds it interesting that Holzhauer says he waits until he hears host Alex Trebek finish reading the question before buzzing in, rather than looking for two banks of lights next to the category board to light up.

If you buzz before Trebek finishes reading the question, you’re locked out of buzzing for a fraction of a second — enough for your opponents to hit their buzzers, Matt Johnson, of Lancaster, who competed on one episode of the show in 2012,  said.

“The guy is just brilliant,” Johnson said. “I hear people complaining about his style of play, and it’s obviously strategic and it’s using odds and it’s smart.

“He is absolutely uncanny on the buzz-in time, and he knows everything. ... He had a 40 out of 40 perfect game,” Johnson added.

How to beat him

If and when Holzhauer loses a game, Rutter said, it will be “pretty much the same way that Ken got beat. He’ll have to miss a Daily Double in Double Jeopardy, and then in his Final Jeopardy!, the other person gets it right.

“That (scenario) happens all the time,” Rutter added. “And it's a testament to how good Ken (was), and now James is, that they’ve gone so long without it happening, or without it making a difference if it did.”

“If he makes a big wager and fails to come up with the answer, that’s how he might lose,” Caporusso said. “I guess everybody can be beaten."

Caporusso said he felt sorry for Adam Levin, the college sports information officer who amassed nearly $54,000, and still lost to Holzhauer by just $18.

Would Rutter enjoy a match against Jennings and Holzhauer?

“Sure,” he said. “I’m ready to throw down with anyone at any time” on “Jeopardy!”

It’s hard not to play along at home while he watches Holzhauer clear the board, Rutter said. “I do find myself kind of shouting (at the TV).

“I think that’s why (‘Jeopardy!’) has been so popular for so long.”

30 famous people from Lancaster County: How many did you know about?

James Holzhauer returns to compete on “Jeopardy!” on Monday, May 20, after the conclusion of the Teachers Tournament. The quiz show airs weeknights on WPVI, ABC 6, Philadelphia, at 7 p.m. and on WHP-TV, CBS 21, Harrisburg, at 7:30 p.m. Check your local television provider for channel listings.

‘JEOPARDY!’ CONTESTANTS BY THE NUMBERS

• $4.688 million: Total Manheim Township grad Brad Rutter has won on “Jeopardy!,” making him tops in all-time winnings. (That does not include the $100,000 he donated to charity from his game against Ken Jennings and Watson the computer).

• 22: The number of games Holzhauer has won so far.

• 74: The record for consecutive wins in regular “Jeopardy!” play, set by Ken Jennings.

• $3.37 million: The amount Jennings has won overall, including tournaments.

Due to rising costs, East Petersburg ending 44 years of coverage by Manheim Township police in 2020

Faced last year with a nearly 40% increase in police costs from Manheim Township, where they’d contracted service since 1975, East Petersburg …

A Lancaster actor appeared on an episode of ABC-TV's "$100,000 Pyramid" that aired Sunday night.

Growing up in Connecticut, Christian Carrion loved watching TV game shows such as “Press Your Luck” and “Wheel of Fortune” with his mother. He…

Next month, you and your trivia-loving buddies will have one last chance to prove you can beat a bunch of library staff members in a battle of wits.

“Jeopardy!” is ready for prime time this week, and a Lancaster native will be one of three top players in the spotlight and behind the buzzer.

Quiz-show whiz Brad Rutter has finally been beaten in a "Jeopardy!" match by another human being.

For a second night in a row Wednesday, Lancaster native Brad Rutter found himself uncharacteristically in third place behind two other top “Je…

"Daily double" clues again had an effect on the "Jeopardy! Greatest of All Time" tournament Thursday night as writer Ken Jennings took a 2-to-…

Ken Jennings is the Greatest of All Time on “Jeopardy!”

What did Brad Rutter say to Ken Jennings when Jennings was declared the winner of the "Jeopardy! Greatest of All Time" tournament, which aired…