Preparations are underway for a big change that will directly affect about 10,000 Lancaster County residents, mostly those covered by both Medicare and Medicaid.

CHC’s goals include serving more people in communities rather than in facilities, because so many older adults want to age in place.

The Department of Human Services is meeting with providers now, and in July will start mailing information to the people affected, with enrollment packets following in August.

The program will start in January, with plans required to continue services through all existing providers for six months.

Participants will have the chance to choose between three plans — AmeriHealth Caritas, PA Health & Wellness, and UPMC Community HealthChoices.

The department also said it will hold 70 participant information sessions across the 48-county area this fall.

People covered by Medicaid who are in nursing homes — or have waivers that allow them to receive at-home support services because of age or physical disabilities — will also be affected.

Pam Walz is a supervising attorney in the aging and disabilities unit of Community Legal Services of Philadelphia, which has been helping people through the transition there.

She said the rollout has been pretty smooth so far, albeit with a big learning curve for participants and providers.

“There was a lot of work to get the word out to people what Community HealthChoices was,” she said. “I think there were a lot of people who really didn’t understand all the mail about it.”

One important point, she said, is that participants can keep seeing their current Medicare providers, even if those providers are not in the CHC network.

The full impact of CHC has yet to be seen, she said, noting that advocates are hoping for robust care management and better access to behavioral health care.

The department said preliminary results from the Pittsburgh area show the rate of individuals served in the community grew from about 50% to 52%.

Zach Shamberg is president and CEO of Pennsylvania Health Care Association, which represents more than 500 providers among the approximately 700 nursing homes in the state.

In a written statement, he called CHC “a fundamental transformation of long-term care in Pennsylvania” that “will soon affect anyone and everyone residing in a nursing home statewide.”

Adam Marles, president and CEO of nonprofit senior services association LeadingAge PA, said despite help from the department there are still some ongoing billing and claims issues in the parts of the state where CHC is currently operating.

Shamberg and Marles said the main concern is one the industry has been citing for years: Medicaid funding that’s supposed to cover more than 52,000 nursing home residents statewide, which has not nearly kept up with constantly rising health care costs.

CHC has a “rate floor” for nursing homes, Shamberg wrote, and managed care organizations are using that as the maximum they will pay.

“This has been particularly challenging for specialty care providers, such as those caring for Medicaid residents on ventilators,” he wrote. “These providers are now being forced to decide whether to continue to offer these specialty services. If these beds are taken ‘offline,’ where will Pennsylvanians go to find care?”

The blame should not fall entirely on the organizations, he wrote, as their rate floors “depend on funding from state government.” 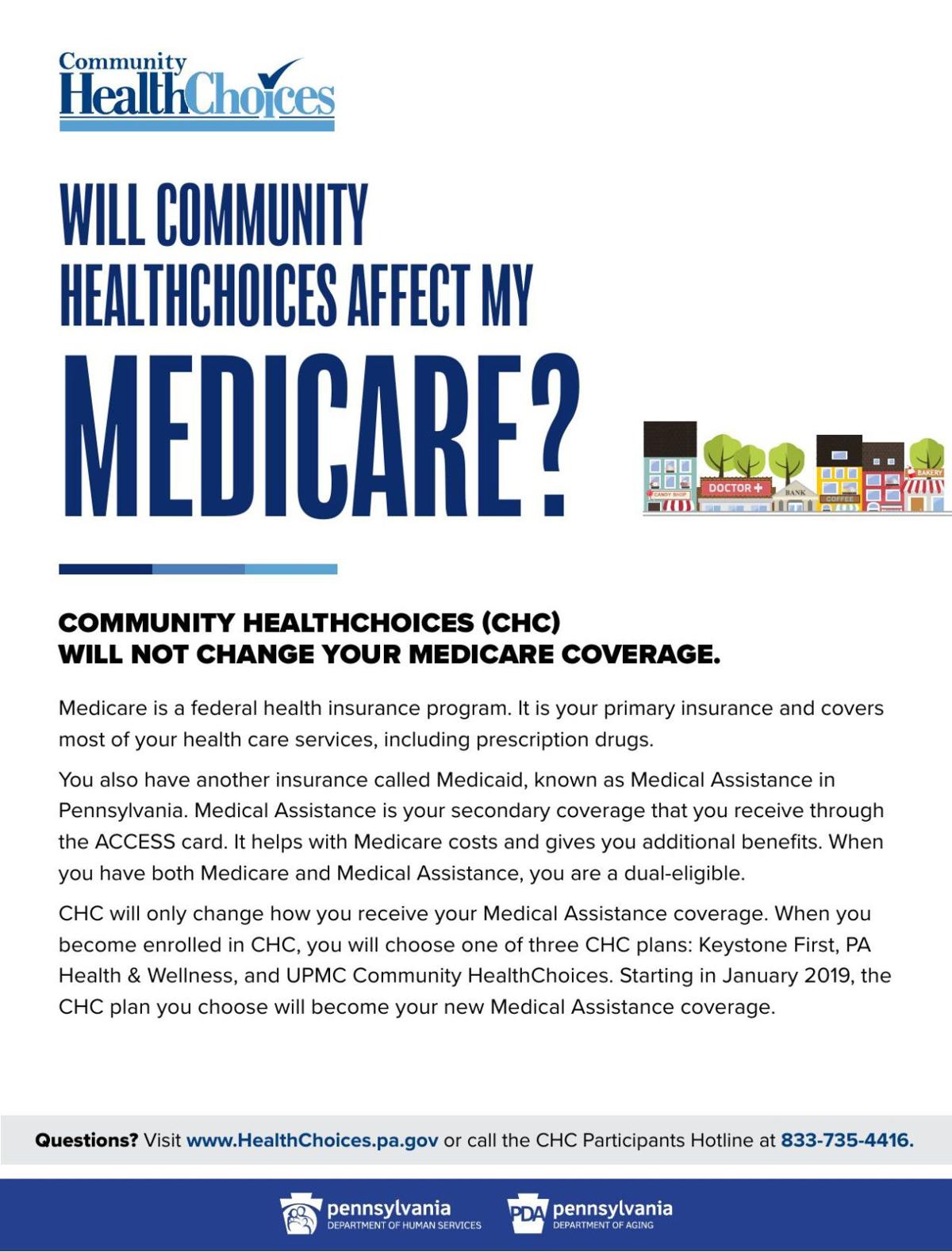 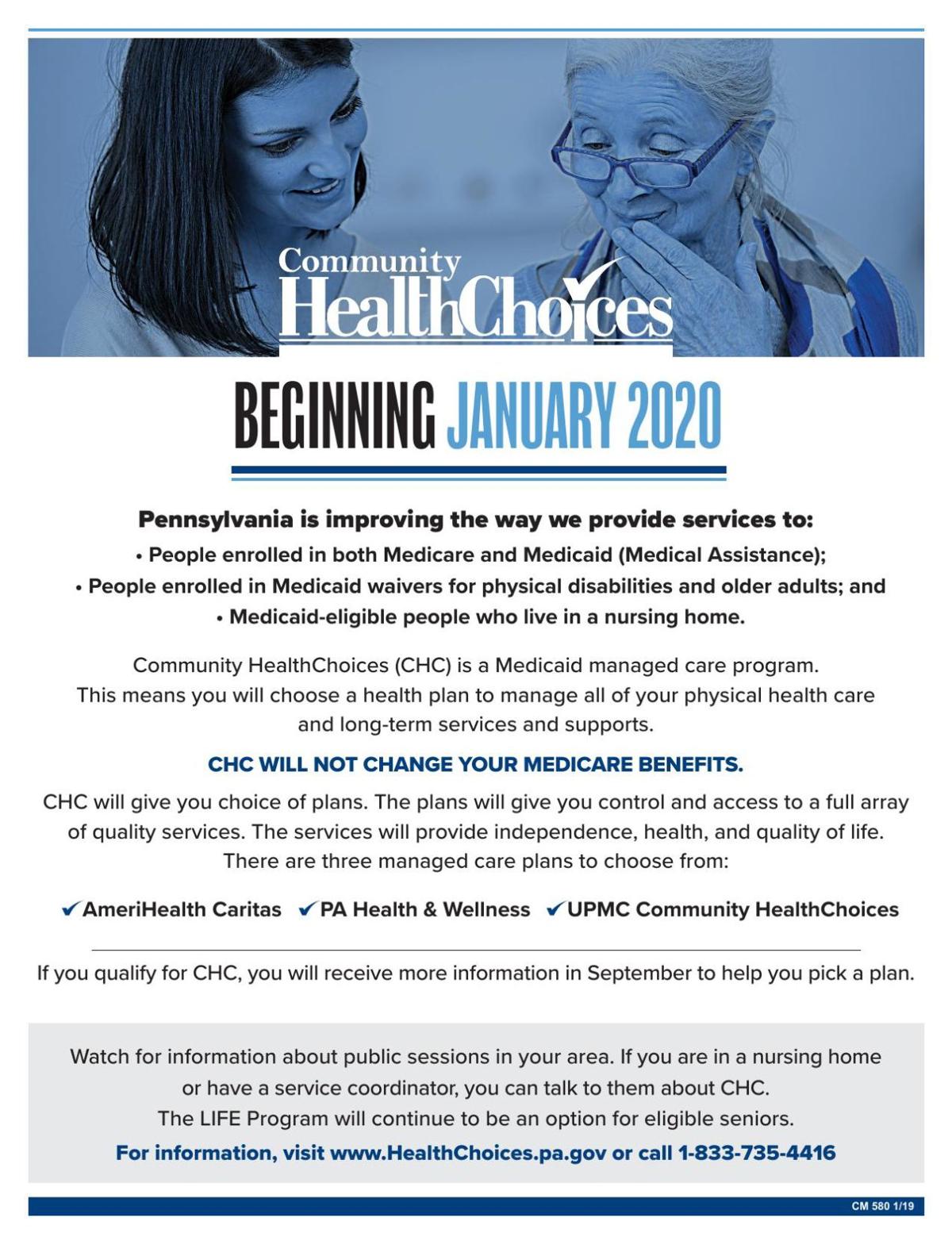 Big Medicaid change affecting about 10,000 in Lancaster County pushed back a year

New managed care program will be a big change for Pennsylvania

Community HealthChoices will start in the Philadelphia area on Jan. 1, 2018, expanding to the Pittsburgh area six months later and then to the rest of the state, including Lancaster County, on Jan. 1, 2019.

Pa. is moving far too fast on long-term care reform

For many low-income seniors and adults with disabilities in our state, access to home and co…

A common myth about aging is that older adults are burdened by illness and feel lousy much of the time. In fact, the opposite is usually true.…

Serious incidents were reported in recent inspections at two local nursing homes, according to the Pennsylvania Department of Health, which fi…

Yet observation claims have increased by about 70% since 2008, to more than 2 million in 2017. Claims for observation care patients who stay in the hospital for longer than 48 hours — who likely would qualify for nursing home coverage had they been admitted —rose by nearly 159%, according to data Kaiser Health News obtained from CMS. Yet the overall growth in traditional Medicare enrollment was just under 9%.

Pennsylvania's Community HealthChoices program will start Jan. 1 in Lancaster County, and people who have questions are invited to a public me…

One Lancaster County nursing home has been fined just over $16,000 for an incident reported earlier this year, and two others were cited for m…

Some of California’s most vulnerable nursing home residents, many of whom have nowhere else to go, are receiving letters from their health car…

A new health care program impacting thousands of Lancaster County seniors started Jan. 1, and so far no major problems have been reported with…