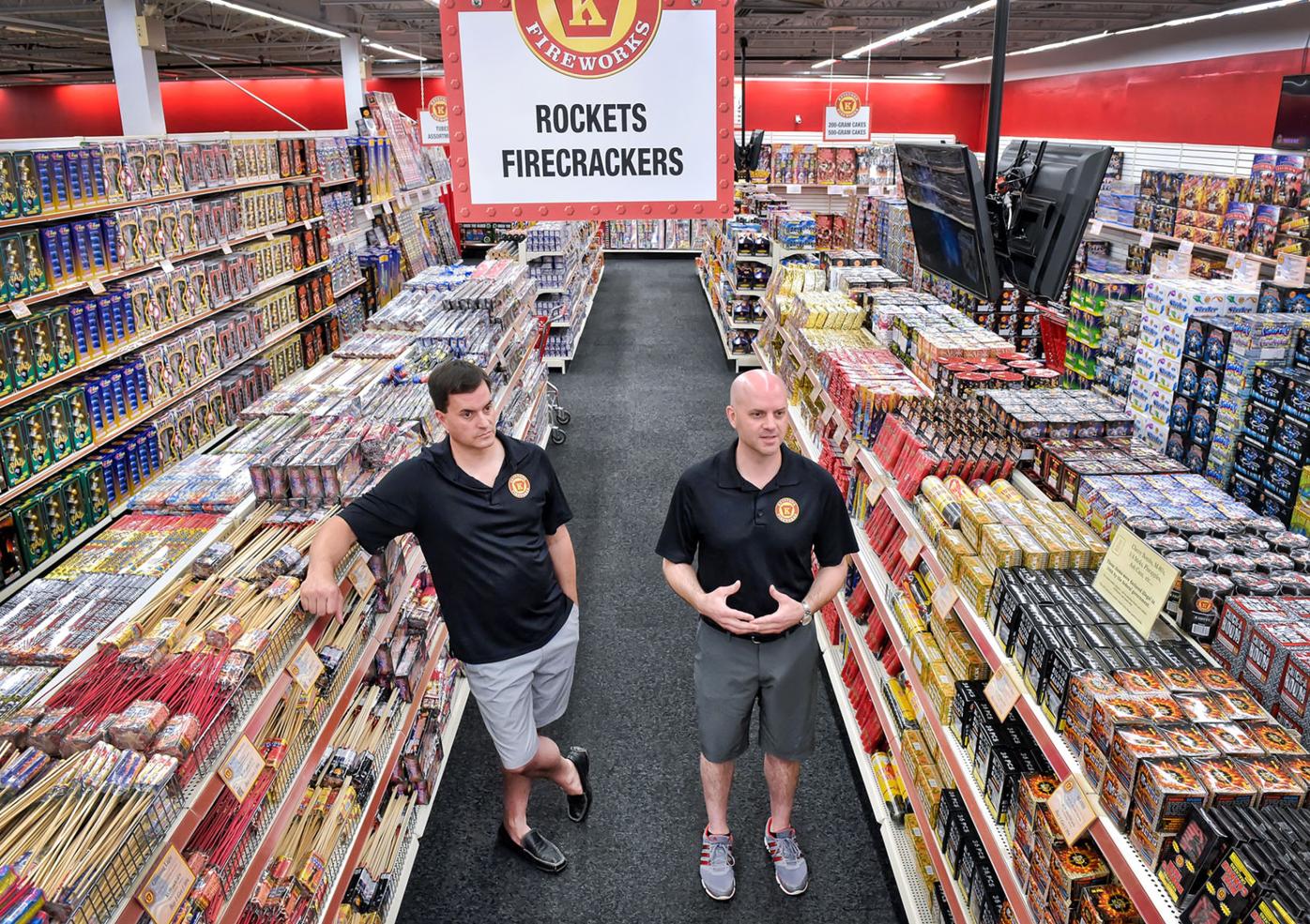 Brothers Brian and Kevin Shaub inside their Keystone Fireworks store along Route 30 east of Lancaster. 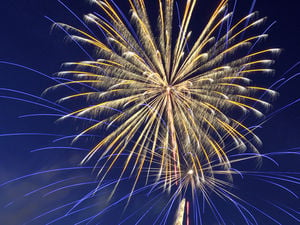 Brothers Brian and Kevin Shaub inside their Keystone Fireworks store along Route 30 east of Lancaster.

In October, lawmakers quietly included big changes to Pennsylvania’s fireworks law as part of House Bill 542, the revenue bill for the state’s budget.

Those changes are now starting to go into effect, prompting excitement from industry advocates and concern from fire and emergency services organizations.

For the first time in his life, Brian Shaub said, Pennsylvania residents can walk into the Keystone Fireworks stores he and his brother Kevin own “and buy anything they see and go light it off any time of the day or night legally.”

Acting Lancaster Fire Chief Tim Gregg, on the other hand, said fireworks were already a problem and the new law is a disappointment that increases the risk to residents and first responders alike, particularly when they’re used in urban areas like Lancaster where there isn’t enough room to do them safely — or legally.

“Leave the large fireworks shows to the professionals,” he said. “There’s just all kinds of things that can happen.”

Pennsylvania State Police Corp. Adam Reed said last week that the law is so new that the agency has not yet updated its online fireworks guide for residents, but that it is in the process of doing so.

The fireworks in question are classified as “consumer” and include — in Shaub’s words — rockets, mortars, cakes, candles and crackers that can go hundreds of feet in the air.

The new law does not change anything for the very biggest fireworks, which are not sold in stores; they’re classified as “display,” used for professional shows, and still require special training and permits.

In the past, consumer fireworks also required municipal permits, and Pennsylvania residents who didn’t have those could legally buy and use only the smaller stuff classified as “novelty.”

But the new law drops the permit requirement for both buying and using consumer fireworks. Now, anyone at least 18 years old can buy them, and they can be set off on any private property as long as the property owner gives permission and the fireworks are at least 150 feet from an occupied structure — which would preclude most urban and suburban neighborhoods.

The new law is administered by the state Department of Agriculture and does not list any time restrictions on when consumer fireworks can be used.

However, department spokeswoman Shannon Powers referred questions on the subject to municipal governments, which set and enforce noise ordinances and other local rules that could effect when and how fireworks can be set off.

The law does prohibit using fireworks inside vehicles, launching them toward a vehicle, building or person, and using them while impaired by drugs or alcohol.

It also institutes a 12 percent tax on consumer fireworks. According to The Associated Press, the state estimates that and new licensing fees for fireworks sellers will raise $2.6 million this fiscal year and $9.3 million next fiscal year.

Gregg noted that buildings in Lancaster are so close that there are few, if any, places with the 150-foot clearance that the new law requires for people to set off fireworks legally.

But as LNP reported in July, enforcing fireworks laws is difficult, and there was a problem in Lancaster even when people couldn’t legally buy or use consumer fireworks without a permit.

The city issued permits only for a handful of professional displays, but city residents reported many more loud aerial fireworks were set off illegally, creating disruptions night after night.

Gregg is not alone in his concern about the new law. Pennsylvania Fire & Emergency Services Institute Executive Director Don Konkle said he’d been fighting the proposal since it came up separately two years earlier, sponsored by Sen. Donald White, a Republican from Armstrong County; that earlier bill got a hearing but never advanced out of committee.

By the time the Institute learned that the fireworks provision had been added to the budget deal, Konkle said, its only recourse was to write asking the governor to veto it. He did not.

“Beyond the real threat to personal and public safety,” that letter stated, “we believe the unfettered access to consumer fireworks will directly lead to an increase in required responses from volunteer fire departments and emergency medical services.”

Shaub acknowledged that safety is “a major concern because a lot of people have never used these types of fireworks before.”

They need to read and follow the instructions, he said, making sure that the area is safe, bystanders are “as far away as possible,” and there’s water to douse the fireworks afterwards.

And, he said, “Kids should not be shooting them off; they should just be watching.” 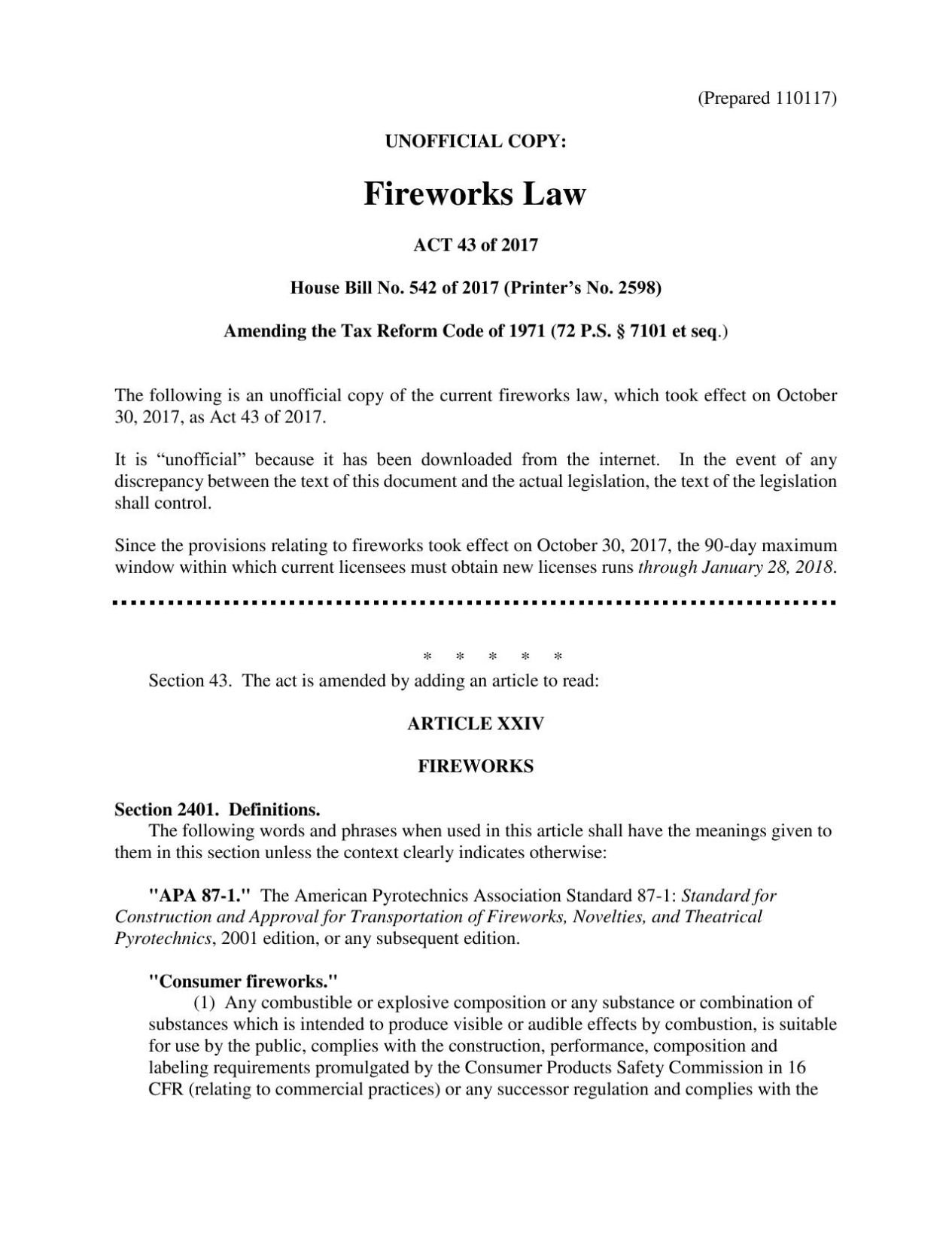 State law requires permits for all aerial fireworks, but only the Barnstormers, Celebrate Lancaster and Long’s Park displays had those permits over the holiday period. All the rest of the aerial fireworks shot in the city over that time were illegal and without official preparation or supervision.