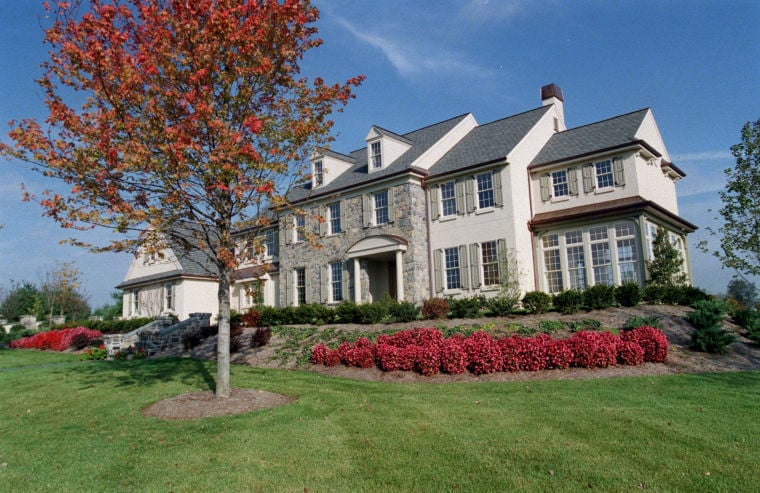 This is a home in Bent Creek. 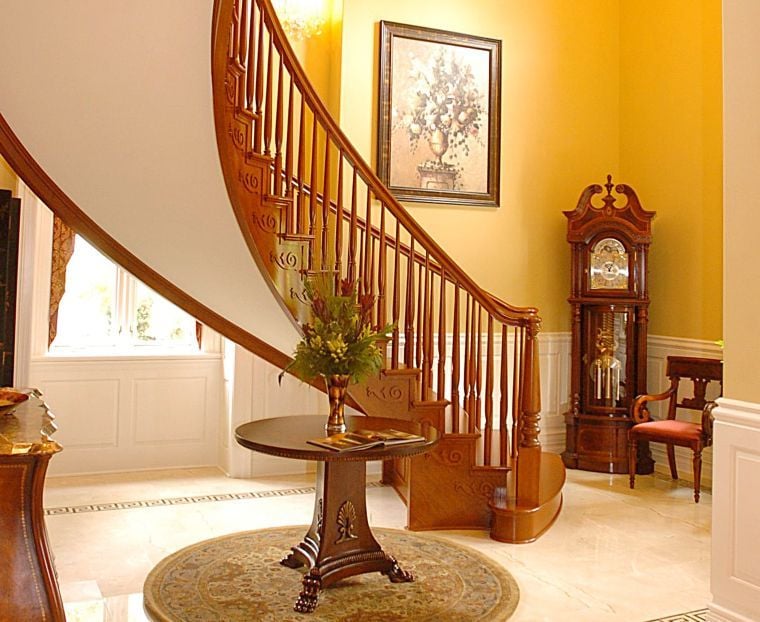 This is the interior of a Bent Creek home in the 2007 Parade of Homes.

This is a home in Bent Creek.

This is the interior of a Bent Creek home in the 2007 Parade of Homes.

The 1,000 wealthiest neighborhoods in the country includes Jupiter Island (number 20), where Tiger Woods has an estate with his own personal four-green golf course in Florida, and East Lake Shore Drive (number six), where Oprah Winfrey recently sold her condo for almost $3 million in Chicago.

The Manheim Township gated community, built in the early 1990s around a country club and golf course off the Fruitville Pike, made the Higley 1000, the list of the country's richest neighborhoods, for 2010.

On his list, Bent Creek registered a mean household income of $274,800.

The list also includes the racial makeup of the communities. At Bent Creek, it is: .7 percent black; 6.3 percent Asian; 2.9 percent Latino; and 88.2 percent non-Hispanic white.

On the income scale, Bent Creek ranked just below Bay Village in Boston and just above Green's Farm, in Westport, Conn.

The community includes about 400 homes, said Robert A. Wolf II. Wolf was one of six developers of the gated community, the county's first, who also included Wolf's father, Robert A. Wolf, Barry Hogan, Dennis Herr, Dennis Hevener and Josie Buckwalter.

Mark Simeral, who owns a construction company, built and moved into the first home in Bent Creek in 1993, and subsequently moved within the community to another home. His company has built 40 to 50 homes in the neighborhood.

He likes the golf, tennis and swimming, all within walking distance of the homes in Bent Creek.

And he said people might be surprised to know something about the neighborhood he said he has discovered in his years living there.

"It's not as snotty as people think it is," he said. "They are just normal people in there, for crying out loud."

Simeral, who said he is plain-spoken, said "hoity-toity stuff" doesn't impress him and he finds his neighbors are like people anywhere.

"They are just normal, nice people," he said.

Developer Barry Hogan agrees, and said people live their own lives in the community but are friendly to each other and enjoy the amenities the community offers.

He is proud that Bent Creek made the list.

"I think it's nice," he said. "I think the residents of the community would be pleased to know their homes are recognized as a wonderful place to live, and an affluent place to live."

Wolf said the developers wanted to recreate the feel of vacation communities they had visited in Florida and South Carolina.

"When you come home from work in the evening, or on a Friday, you can leave the car in the garage and walk to play golf or tennis," he said. "Kids can get on their bikes and go to the pool."

Like Simeral, Dan Burton was one of the first residents to build a home in Bent Creek. And like Simeral, he likes it so much that when he moved, downsizing in his case, he stayed within the community, going to a townhouse there.

Bent Creek is home to physicians and lawyers and businessmen who work hard and want to "live close to where they play," said Burton, an investment banker who was the first board president at the country club.