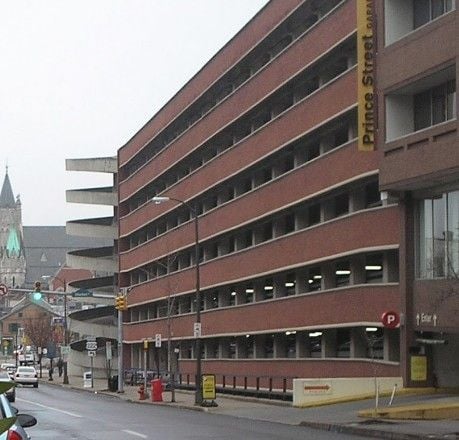 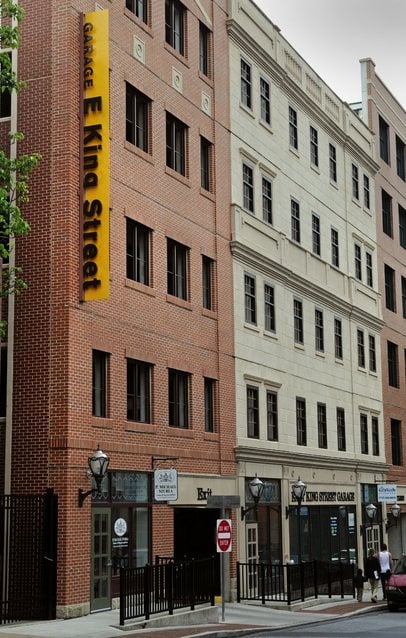 The Lancaster Parking Authority's East King Street Garage, seen in this file photo, was the last garage built by the authority, in 2008. (Jeff Ruppenthal/Staff) 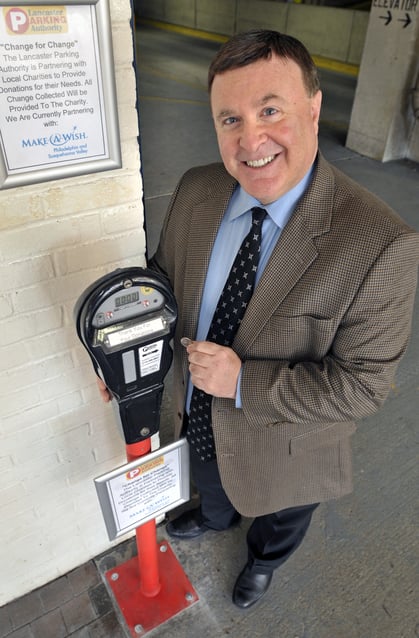 The Lancaster Parking Authority's East King Street Garage, seen in this file photo, was the last garage built by the authority, in 2008. (Jeff Ruppenthal/Staff)

The Lancaster Parking Authority is about maxed-out on parking offerings, according to its executive director.

And the authority will need to add parking in several years to meet higher anticipated demand, according to Larry Cohen. So now's the time to start planning.

The demand will come — in part — from a 96-room hotel planned next to the Lancaster County Convention Center, more and larger conventions that are anticipated at the center and other economic development, according to a report Cohen put together.

Cohen said he thinks there's a misperception that there's an abundance of parking because of the number of parking garages in the city.

The authority has about 4,600 parking spaces in the five garages it owns, the two it manages and the four lots it owns or manages. (The authority's website is being updated and will include LNP’s Central Parking Garage, at South Prince and West Vine streets, which the authority began managing in September.)

The report doesn't include information on other parking in the city, such as the Red Rose Transit Authority's 395-space Queen Street Station Parking Garage that opened in May 2012.

The report was sent to city and elected officials and business leaders, including Kevin Molloy, executive director of the convention center authority.

Molloy said the convention center is trying to attract large conventions — so-called priority one and priority two events. "And those are events that provide spillover to other facilities. Inherently: more people, more parking," Molloy said.

Lisa Riggs, a Parking Authority board member and president of the Economic Development Company of Lancaster County, said while most people don't love the idea of more parking, it's a necessity.

Parking Authority Chairman Mark Vergenes said the report "was needed for the masses and to provide more clarity for the city."

Cohen said the report is a benchmark for evaluating parking and planning how to add more. That's typically a two to three year process, he said.

"The Parking Authority wants to be partner in the economic development of the city," Cohen said.

Marshall Snively, president of the Lancaster City Alliance, which is developing an economic development plan for the city, said parking will be part the plan.

The report doesn't specify how many more spaces are needed, nor is Cohen proposing anything as definitive as a new garage.

The authority's newest garage is the 448-space East King Street garage, which opened in October 2008; its other garages are at least 25 years old. It also manages the 265-space North Queen Street Garage, which is owned by the Redevelopment Authority of the City of Lancaster and opened last spring.

One way the authority is addressing its need for more parking is by looking at how to add capacity at its garages.

For instance, by restriping the Duke Street Garage about 18 months ago, Cohen said, the authority was able to add 70 spaces.

But if a new garage is determined to be needed, it would have to blend in with its surroundings and not look, well, so garage-like, according to Cohen and others.

Think the East King Street Garage and the RRTA's garage, which houses the Federal Taphouse on the ground level.

Snively credited the authority for how its East King garage turned out and said consultants of the economic development plan will recommend ways to incorporate garages while maintaining a pedestrian friendly environment.

The authority is meeting demand now, according to Cohen, but some larger events at the convention center are a challenge because some attendees must park off-site and be shuttled in.

That will be the case next week when the American Quilter's Society QuiltWeek returns; the event drew 15,000 people last year.

"Parking issues need to be addressed before they become critical," said Randy Patterson, the city's economic development and neighborhood revitalization director. "I think the importance of this report is saying, we need to address the potential of additional parking, in the downtown in particular."