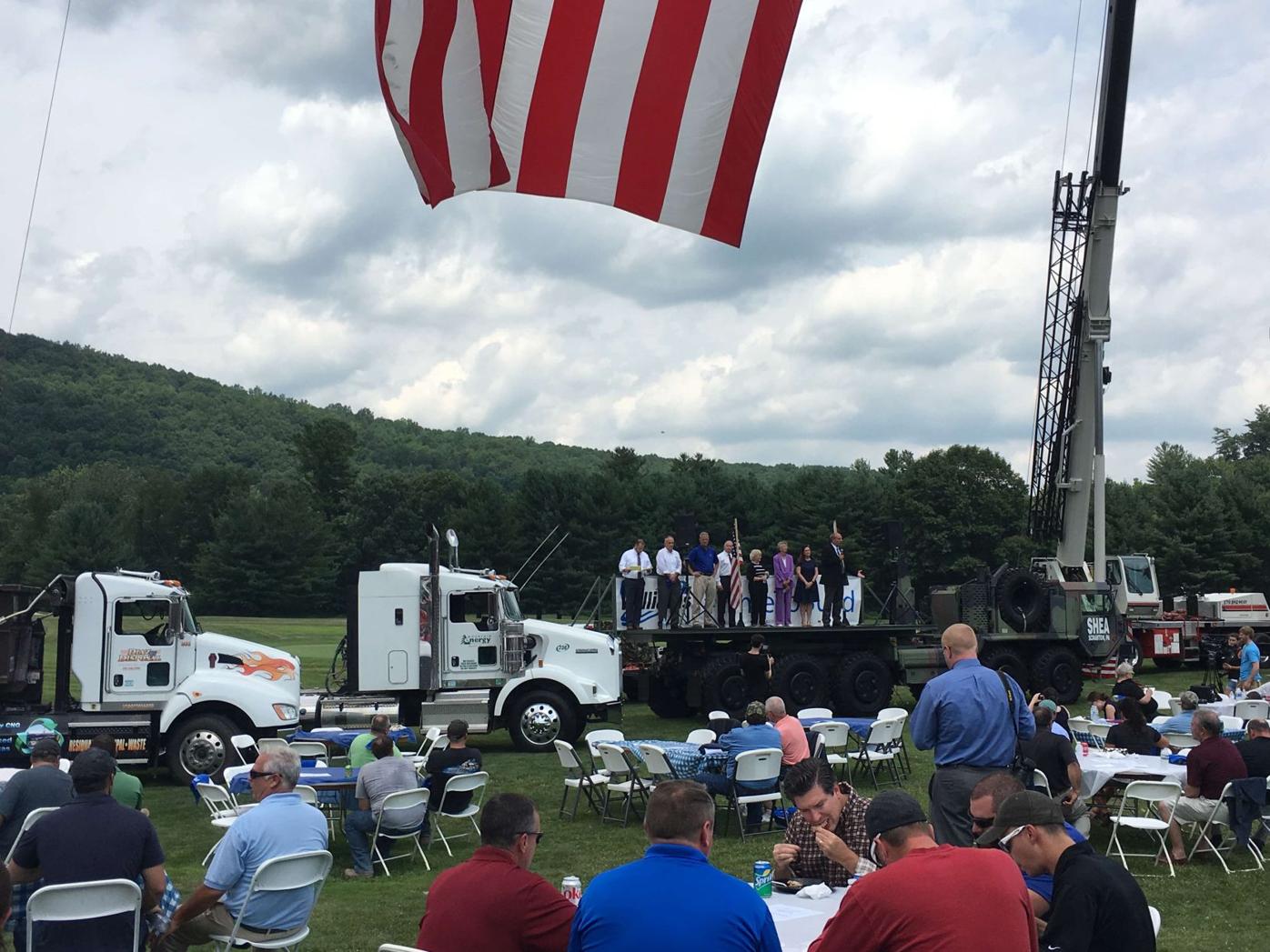 About 500 people attended a rally July 20 in support of the state granting the Atlantic Sunrise gas pipeline project two permits it needs to begin construction. 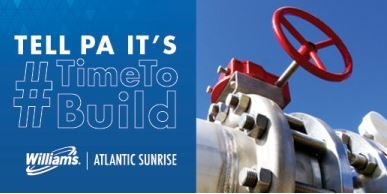 Taking a cue — and possibly a slogan — from opponents, the builder of the planned Atlantic Sunrise gas pipeline is speaking out.

All that’s needed for Oklahoma-based Williams Partners to begin the $3 billion project that would pass through 37 miles of Lancaster County are two environmental permits from the state.

A restless Williams Partners has mounted an aggressive petition campaign on social media that has resulted in about 10,000 e-mails to Gov. Tom Wolf, essentially telling him to hurry up and make the state Department of Environmental Protection grant the permits.

“The time to unleash the economic power of American energy is here, and the time to build is now! I urge your administration to approve all the necessary permits to move Atlantic Sunrise forward without further delay. The future of Pennsylvania depends on it,” the prepared e-mails say.

The permits deal with stream crossings and erosion sediment controls. The public comment period on the permit applications ended June 26.  DEP said on July 20 that the application was still under review and that there was no specific date for a decision.

Williams has said it wants to begin construction on the pipeline in 10 Pennsylvania counties by the end of September. It has revised its start date several times.

The e-mails are being sent through Williams’ online Atlantic Sunrise Action Center website that contains the hashtag TIMETOBUILD. Pop-up adds urging the public to send letters of support for the pipeline have appeared on Facebook and Twitter, among other social media outlets.

Williams spokesman Christopher Stockton said about 10,000 online petitions have been sent to Wolf as part of the campaign.

In June, a coalition of 40 organizations, including four from Lancaster County, urged Wolf and the DEP secretary to deny the two permits.

To opponents of the pipeline in Lancaster County, which uses “The Stand” slogan, use of the “stand” language appears a direct shot across the bow.

“We’re honored that a multi-billion-dollar company is using our verbiage. Imitation is the sincerest form of flattery!”

On Tuesday, Williams Partners was to complete its purchase of the 107-acre Conestoga Township farm where The Stand movement has been headquartered.

The pro-pipeline campaign hasn’t been restricted to petitions on social media.

On July 20, about 500 supporters of Atlantic Sunrise gathered at an outdoors rally in Tunkhannock, Susquehanna County, a center for Marcellus Shale natural gas production.

Williams was involved in planning the event, which was primarily organized by local natural gas producers.

“When we have manufacturing and when we have industry and when we have citizens who are employed, that embodies the best of what the American dream is about,” said state Rep. Jonathan Fritz. “That’s what this project and the growth of the energy industry as a whole is all about.”