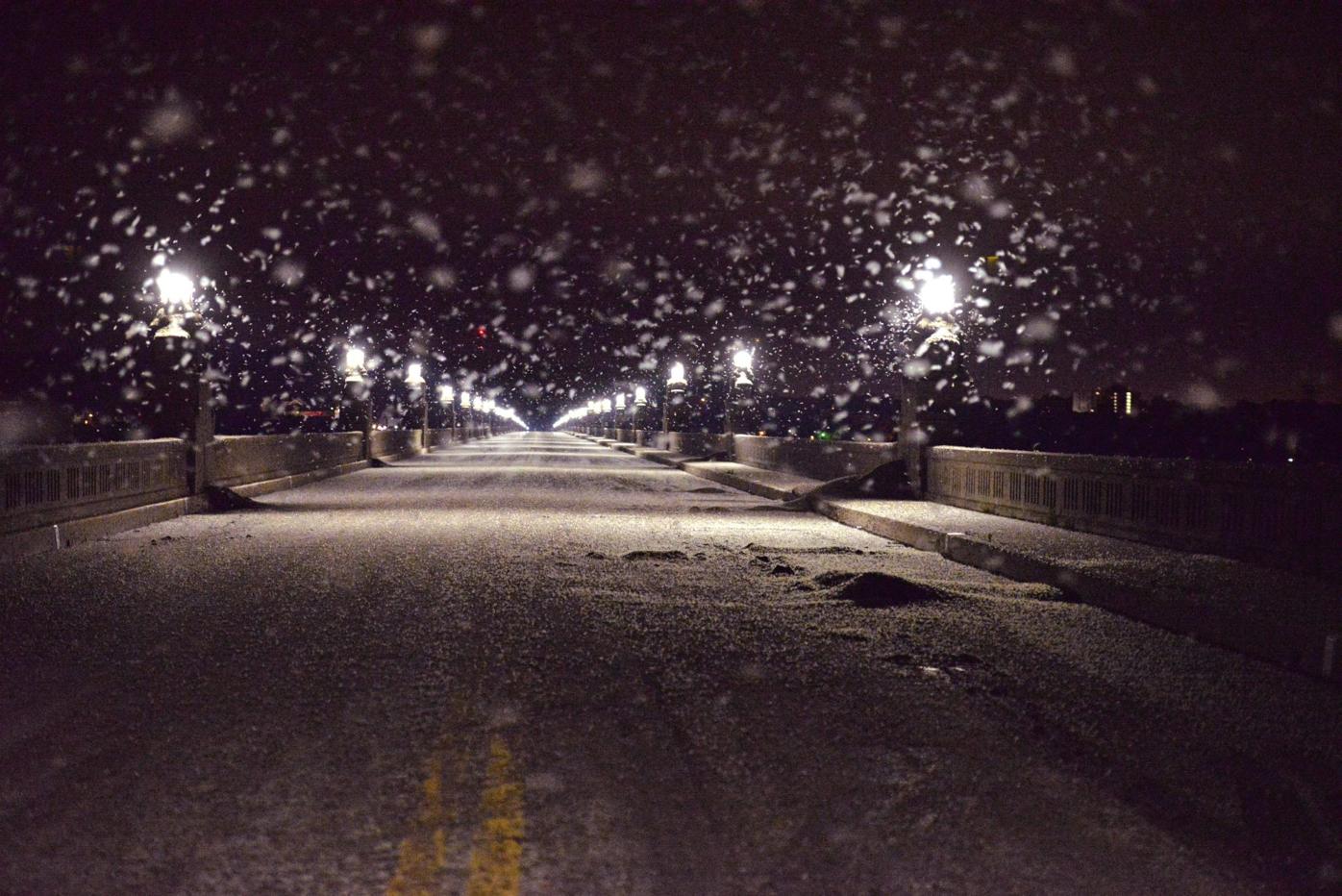 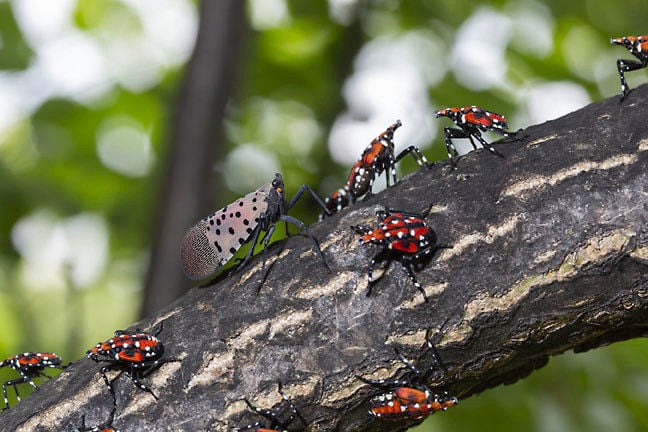 A spotted lanternfly adult and nymphs on a tree branch in Reading, near The Pagoda landmark.

As the brief mayfly season nears its end in Columbia, the spotted lanternfly population continues to grow in Lancaster County.

The number of mayflies along Veterans Memorial Bridge is down this year compared to previous years, according Jake Graham, Columbia Borough’s public services manager.

Graham said the decrease in the number of the insects is largely due to the bridge’s lights being turned off at night.

“There has only been small hatches, and we’ve only had minimal cleanup so far” at a parking lot near the bridge, Graham said.

The typical hatching period for mayflies is late June to early July. Their lifespan is 24 to 48 hours.

Hordes of mayflies created “blizzard-like” conditions on the bridge in 2015, reducing visibility and causing motorcyclists to crash on the bridge. The piles of the dead aquatic insects were so deep that they had to be removed by a street sweeper.

Borough manager Rebecca Denlinger said, to her knowledge, there have been no accidents caused by swarms of mayflies this year.

The borough will decide if the lights should be turned back on at night at the beginning of August.

“I suspect that there are a lot more out there than we are aware of at the moment,” he said.

Elkner said that many people have a hard time identifying the lanternflies before they are adults.

The insects are currently in the fourth instar of their life cycle, when they start transforming from being black nymphs with white dots to adding their signature red color.

At this stage, the best method to control them is using a foliar spray, Elkner said.

Because nymphs are not as mobile as adults, it’s easier to treat them now with insecticides, he said.

“Every female you kill now, you’ll be reducing 20 to 30 eggs from being laid later,” he said.

The lanternflies will start to reach adulthood at the end of July and females will start laying eggs during the latter part of September.

Lancaster County is one of 14 counties in Pennsylvania that are in the spotted lanternfly quarantine zone.

Businesses with commercial vehicles making deliveries within the quarantine areas have been required to have spotted lanternfly permits since last year.

As of Friday, 896,556 permits have been issued, according to Pennsylvania Department of Agriculture spokeswoman Shannon Powers.

That number is more than double the 370,000 permits reported at the beginning of May.

When will the mayflies swarm in Lancaster County?

This week, Lancaster Watchdog revisits several summer stories, including the long-neglected swale in West Hempfield Township and the mayfly se…