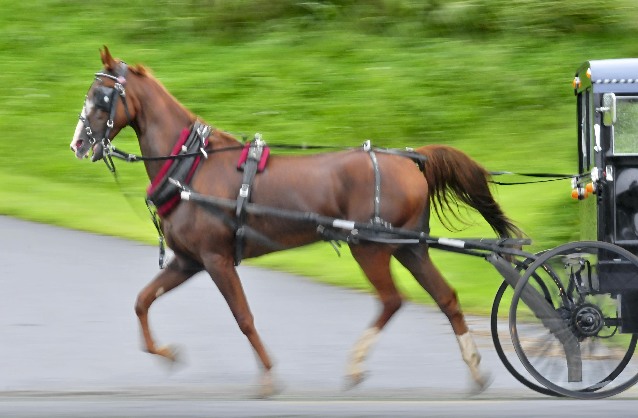 In this file photo, a horse pulls a buggy along Route 372, east of Quarryville. 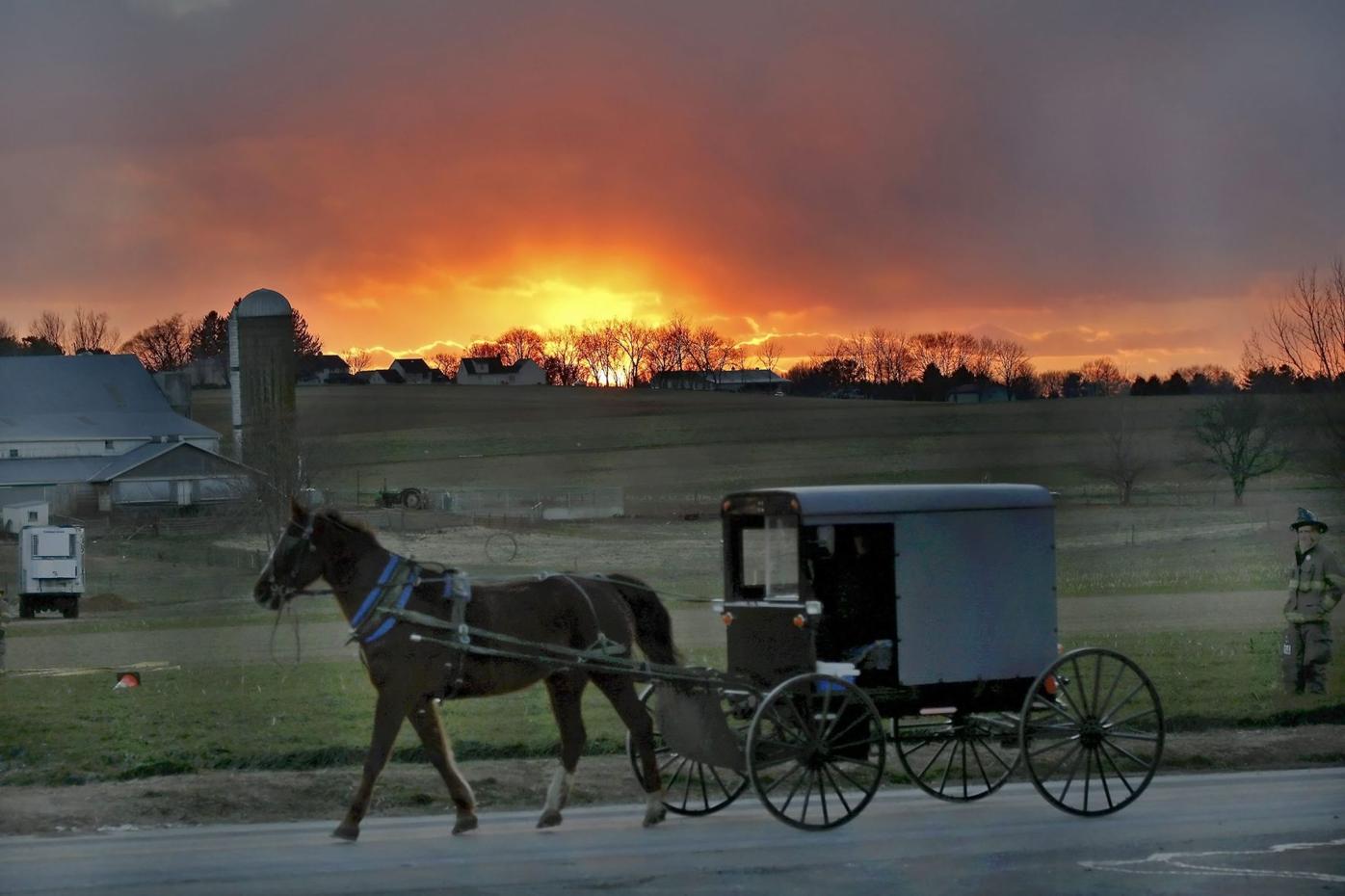 Horse and buggies are part of Amish culture. But some are leaving farms for towns and subdivisions and are asking municipalities to allow them to bring their horses.

Amos and Elizabeth Lapp, an older Amish couple looking to move off the farm, eyed a cozy, two-bedroom house for sale. It was in the middle of a quiet street of little houses close to New Holland.

“We decided it’s exactly what we want as far as size for two people,” Lapp said. “We want to downsize.”

But there was one problem, and it was the reason the Lapps went before Earl Township’s zoning hearing board this month to ask for relief.

They want to have a stable for their horse on the one-third-acre lot, and that bucks the rules for a residential neighborhood.

Nothing is more Lancaster County than the clip-clop of horse-drawn buggies and carriages on country roads.

But as their numbers grow, more Amish want to live in a village, town or suburban development and have a small stable for a horse, just as the non-Amish have garages for cars.

“It’s become a trend among the Amish community to live on these smaller residential lots as they come off the farm and are no longer choosing to do agriculture,” said Mark Deimler, an engineer who provides zoning enforcement for Lancaster County municipalities.

A 2010 survey found that only 36% of Amish heads of households in and near Lancaster County are farmers, and that percentage has likely declined, said Steven Nolt, senior scholar at Elizabethtown College’s Young Center for Anabaptist and Pietist Studies. Forty years ago, over 80% were farmers.

The Lapps’ desire to live on a small lot — but with a horse — conflicts with zoning regulations that in some municipalities treat horse boarding as a farm-related activity and not a use compatible with neighborhoods where residents may consider neighing, stomping and road apples a nuisance.

As a result, the Amish find themselves asking municipal zoning boards to set aside the rules.

In March, for example, Quarryville’s zoning hearing board allowed Lloyd and Barbie Allgyer to board a horse in a two-car, detached garage in the 300 block of West State Street, even though it’s in a residential zone. It helped their case that the home was on a 2.4-acre lot next to a car wash.

Strasburg Township has gotten so many requests for horse-related variances that it revised its ordinance last year, allowing a horse on as little as a half acre in its rural residential zone instead of the prior requirement of 1 acre.

Meanwhile, Chester County’s West Sadsbury Township, just east of the Lancaster County line, has tried to reconcile the needs of the Amish with the expectations of their neighbors, and meetings have gotten contentious with Amish feeling insulted and walking out.

The township had required 2 acres for a horse in a residential district, but reduced the requirement last year to 1.5 acres, but only if the supervisors grant the applicant a conditional use. Now some Amish in West Sadsbury are asking for a horse on as little as 1 acre.

Younger Amish can afford only starter homes on small lots, explained Aaron Zook, a member of the Amish church who lives in West Sadsbury. He noted that horses can be well fed and cared for without the need for a couple of acres of pasture. And manure can go in a Dumpster for disposal.

“We’re not driving cars, so horses are our way of transportation, and we feel their zoning is a hardship,” Zook said.

That sentiment is not universal. Chester Lapp, a real estate agent and member of the Amish church, said horses may not be appropriate for some neighborhoods.

“I don’t like seeing the Plain sect buying in cul-de-sacs where it’s 99% non-Amish and their horse poops on the road,” Lapp said.

He said he would hope that Amish seeking zoning relief would abide by Anabaptist teachings and approach municipal leaders with graciousness and respect.

Barry Edwards, who chairs the West Sadsbury supervisors, said coming up with zoning regulations that find the right balance between the needs of the Amish and non-Amish is a challenge.

“We call other townships to see what they’re doing,” he said. “They’re all in the same bind. They are saying, ‘Let us know what you guys do.’ ”

Next month, the Earl Township zoning hearing board will rule on whether it should veer from the ordinance and allow the Lapps to board a horse next to the little house they want to buy.

Robert Sisko, the board’s solicitor, said having a horse in a residential district raises many issues, from how manure is handled, to whether a horse should be hitched outside, to the rights of neighbors not expecting a horse next door.

Levi Stoltzfus Jr., a member of the Amish church who drives a horse-drawn buggy, recently failed to persuade his township to bend its rules an…