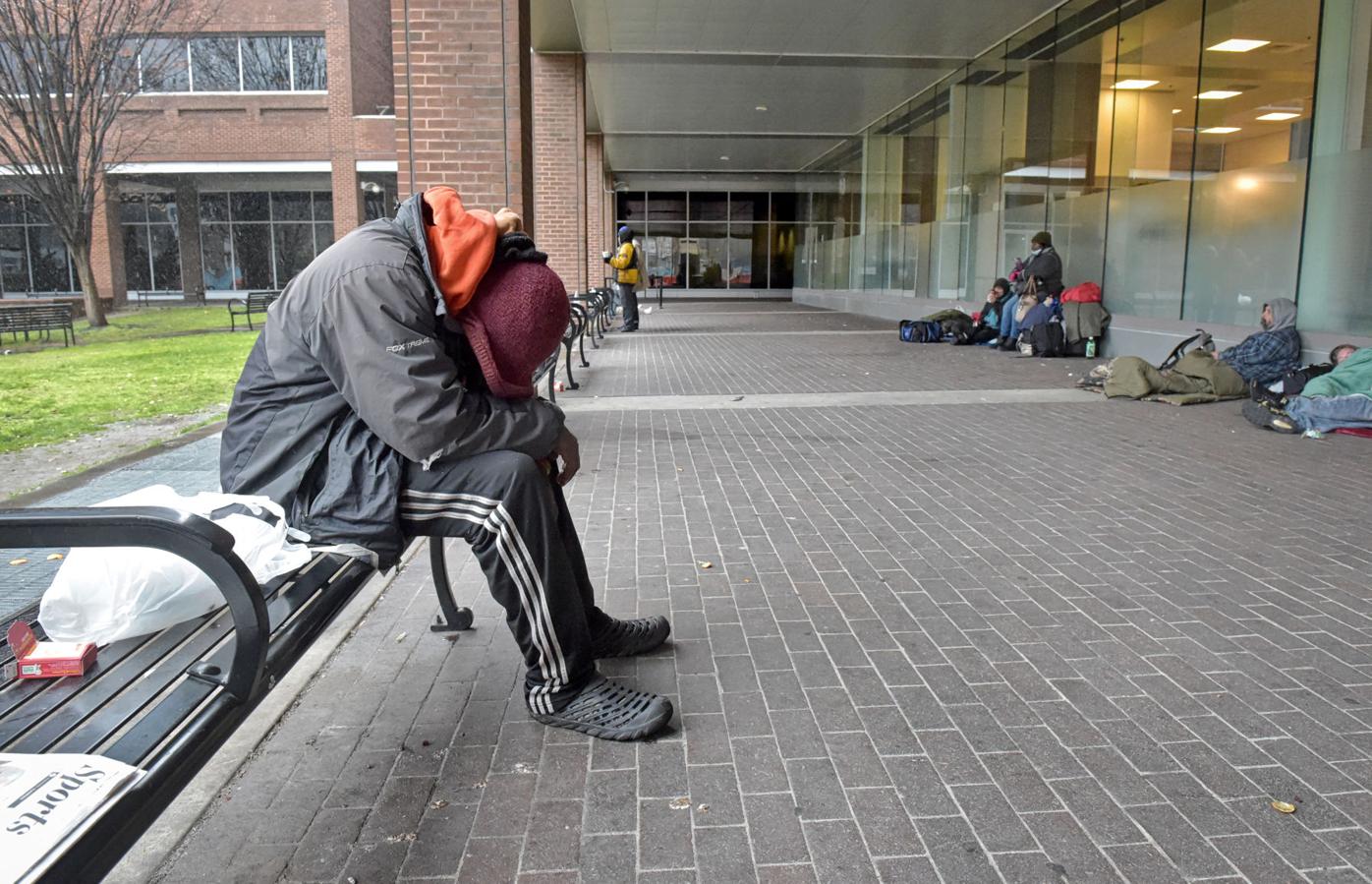 Homeless and displaced persons gather for shelter from the rain in the Binns Park area of Lancaster Square. Many are struggling to find shelter because of the disruption caused by the COVID-19 virus. Monday, March 23, 2020 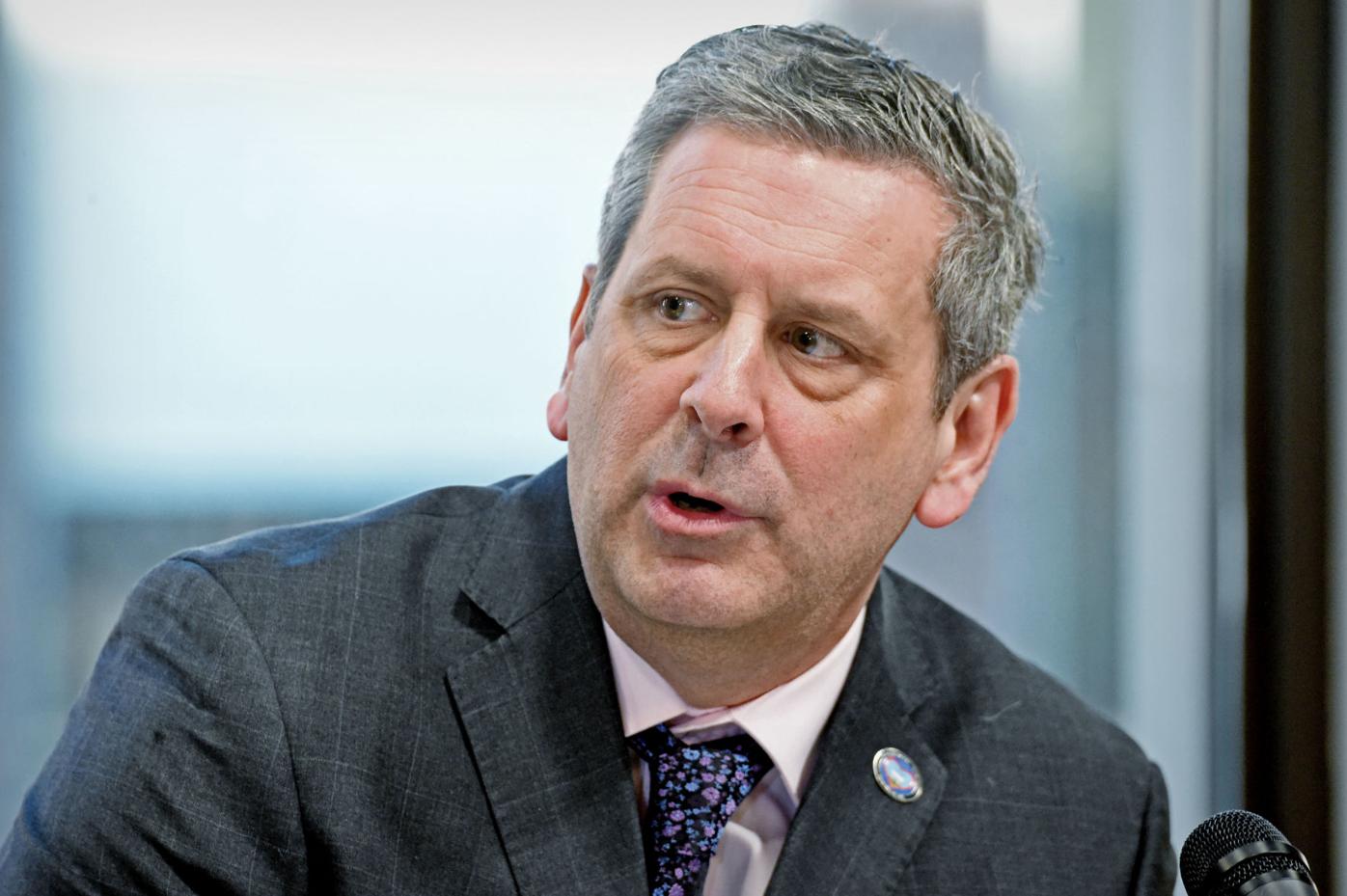 Larry George, Lancaster County chief clerk, talks about the 2020 cencus with he LNP Editorial Board in the LNP studio Monday, March 9, 2020. 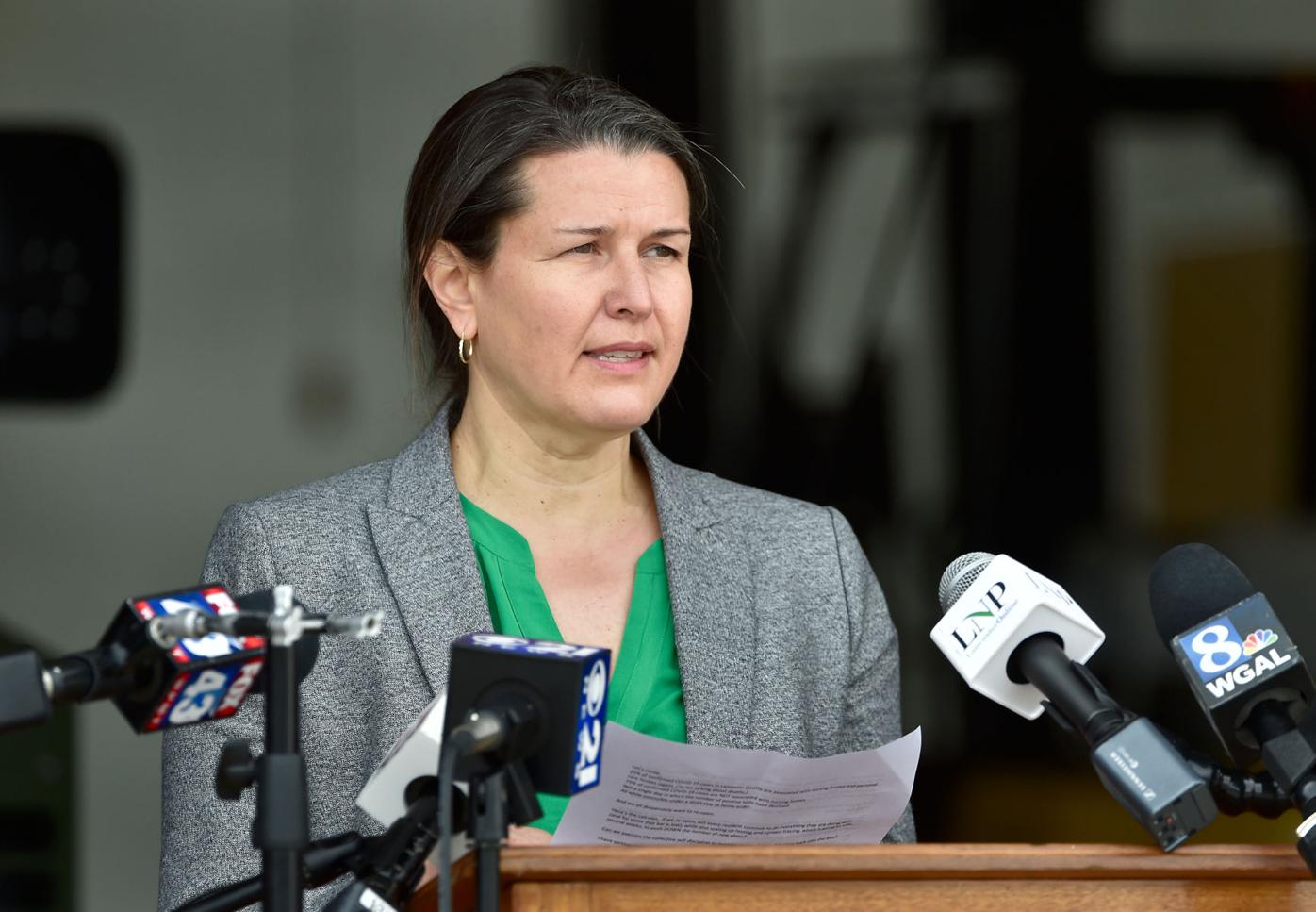 Larry George called 911 as he went to help a man he saw fall to the ground in a park and convulse from a possible drug overdose.

In rolling the incoherent man onto his side, George noticed others nearby who were swaying, babbling and otherwise showing signs of intoxication.

George, who as chief clerk is county government's top administrator, regularly sees troubled people, some on drugs, frequenting and sleeping in Binns Park, next to the Lancaster County Government Center, 150 N. Queen St., where he works.

What to do with monuments from America's imperfect past? Panelists weigh in

What he witnessed last month in the park only reinforced his awareness of a problem for which there are no easy answers.

Overdoses are the most shocking symptom of a drug-related public health and safety crisis frustrating Lancaster City officials. But along with the medical emergencies is the backdrop of heroin and synthetic marijuana users sleeping outdoors and fouling parks and private property.

Mayor Danene Sorace hears the complaints and says the city needs help finding a better solution than calling the police. Making arrests for public intoxication or other nuisances remains the main tool the city has for trying to reduce drug use in parks and alleys.

“Our police say this is not what they should be doing,” Sorace said. “And yet they're constantly being asked to do this because they are the only entity on call 24 hours a day.”

The mayor said she thinks an alternative is a team of outreach workers trained to engage with people who use drugs and to make on-the-street referrals to treatment programs.

She suggests that the county could pay for the outreach from state dollars it receives for human services. For the city alone to pay for intervention positions would hit taxpayers already paying the second highest property taxes in the county.

George, the chief county clerk, said street intervention is a reasonable strategy, one the county funded with state dollars about three years ago during the height of the opioid crisis.

But the initiative ended, which points to the difficulty of sustaining such an effort, he said. And while he could support restarting outreach, doing so may be a challenge because of anticipated funding cuts as Pennsylvania wrestles with a $3.2 billion budget deficit.

If there’s a glimmer of hope, it comes in the expectation that a federally funded coalition working to reduce homelessness, known as LanCoMyHome, will soon announce the opening of an emergency overnight shelter for up to 20 single adults. Social distancing will be observed.

The shelter, the first year-round alternative to faith-based Water Street Mission since Crispus Attucks Center closed its shelter in 2009, will open its doors to both the homeless and people who have problems with drugs and alcohol.

Staff will be trained to understand the clients' struggles and encourage them to consider treatment.

“The biggest difference is we're going to let people stay longer” than Water Street's 30-day limit, Jen Koppel, LanCoMyHome director, said. “We want to meet folks where they are and try to build that trust and relationship at their pace.”

At the very least, the new city shelter, whose location has yet to be announced, could result in fewer people sleeping outside. But no one expects it to get everyone off the streets.

“Folks are frustrated. They want to see this problem incarcerated away,” said Teri Miller-Landon, who is deputy director of Lancaster County Court's probation and parole office but also chairs the human services committee of LanCoMyHome. “But we know that incarceration is hugely unsuccessful as a solution to homelessness, and we don't want to criminalize homelessness.”

"We know that incarceration is hugely unsuccessful as a solution to homelessness, and we don't want to criminalize homelessness."

In going to her office across the street from the courthouse steps, Miller-Landon this spring couldn't ignore the half dozen people she saw congregating on nearby benches day after day. She started stopping by to talk to them, sometimes a couple of times a day.

“Some (of the men) were resistant to assistance,” Miller-Landon said, but three had modest incomes. Having found that out, she contacted Tabor Community Services, a partner with LanCoMyHome, to see if apartments the men could afford were available. Options were scarce, but getting the men to agree to help was a start.

George, the chief clerk, said the complexity of drug-related homelessness requires having all governmental, nonprofit, faith-based, mental health, addiction treatment, and private-sector stakeholders at the table to share ideas and contribute what they can. Such a meeting is scheduled this week.

“I really believe that there is a momentum now and a commitment on the part of all stakeholders that I've not experienced before,” he said. “Obviously, nothing that has been tried (before) has been sustained and successful. It may have been for select individuals, but we need to come up with sustained engagement so that you don't have 15, 20, 30 — I've seen as many as 40, 45 people out in Binns Park — and about half of them slept there.”

Each person struggles with multiple issues that led to not having a place to live, Miller-Landon said.

“It's not just about a lack of housing,” she said. “It's not just that there's an addiction, trauma or mental health issues. It's a combination of stuff that leads to folks being in the worse point of their lives.”

An overnight shelter serving up to 20 single adults has opened at Ebenezer Baptist Church in Lancaster, the first year-round alternative to Wa…

Following Gov. Tom Wolf's proposal to legalize recreational marijuana in Pennsylvania, we asked our readers to share their opinions by answeri…

A new coalition of social services, law enforcement and government agencies in Lancaster County is hoping that increased communication will he…