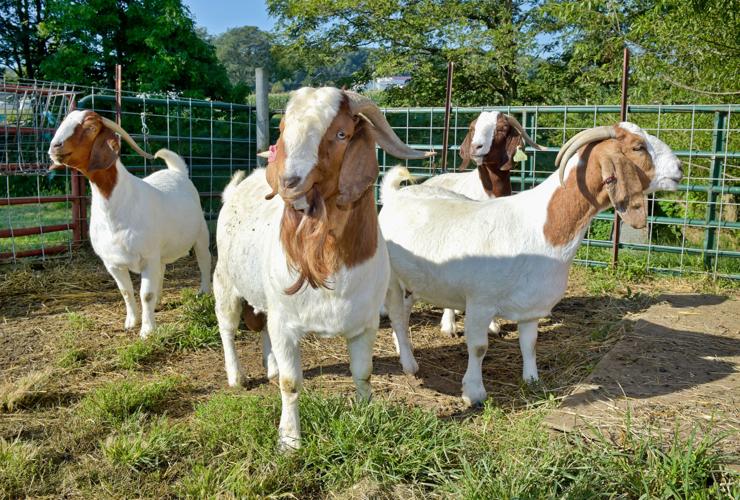 A group of 3- and 4-year-old Boer meat goats on the Narvon farm of Robert Herr, who thinks raising meat goats can help struggling Amish dairy farms in Lancaster County. 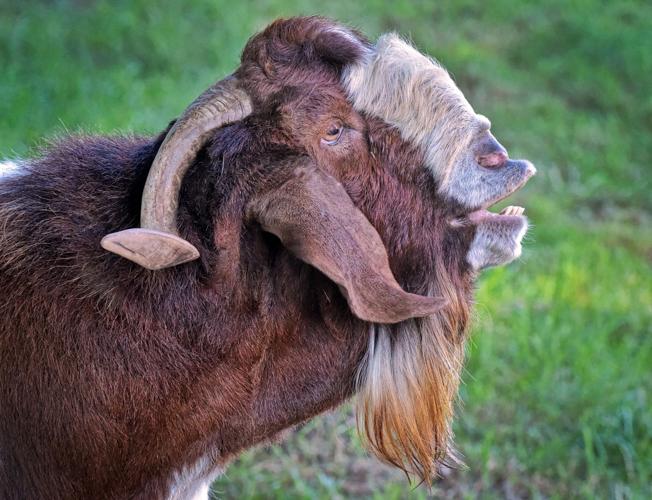 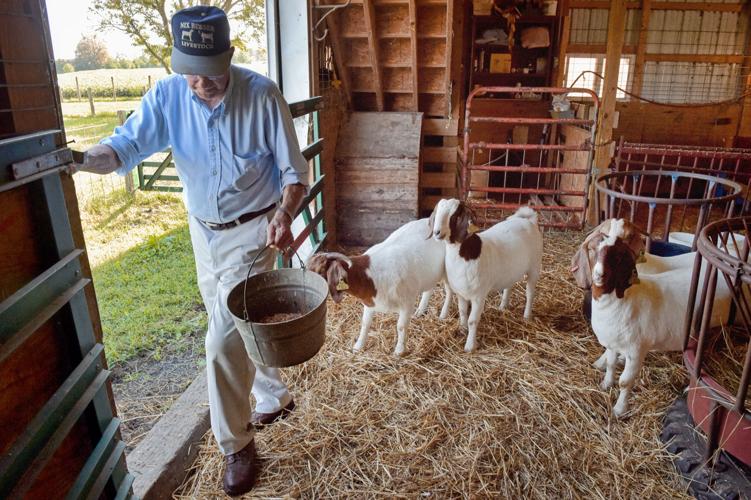 Robert Herr feeds some of his Boer meat goats at his farm near Narvon. Herr is widely credited with starting the meat goat industry in Pennsylvania during the past decade. 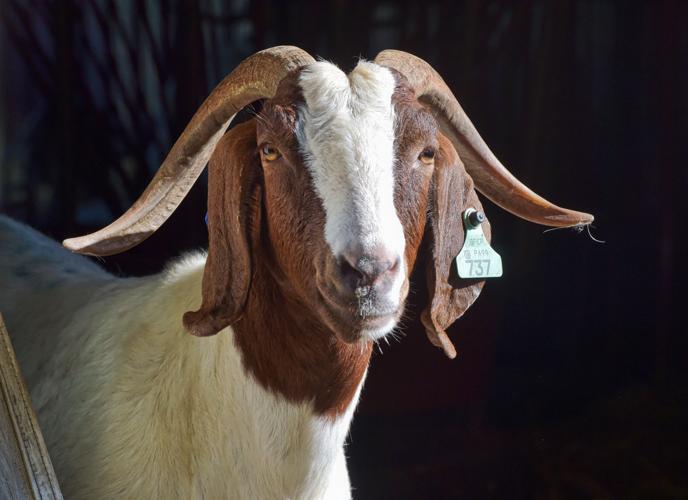 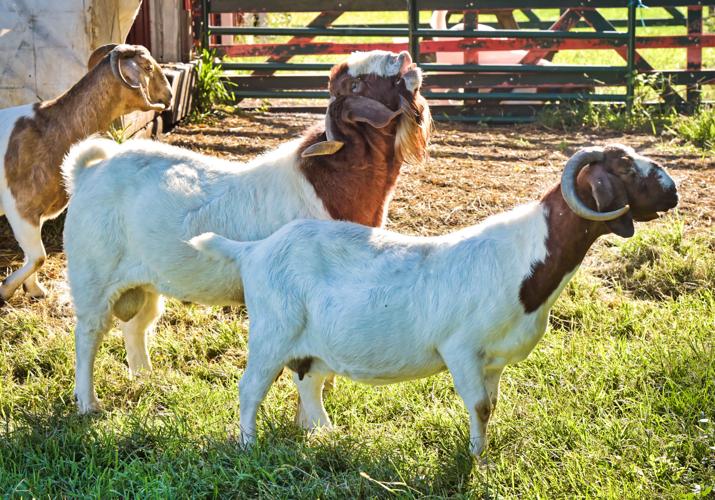 A senior buck Boer goat and a senior doe. 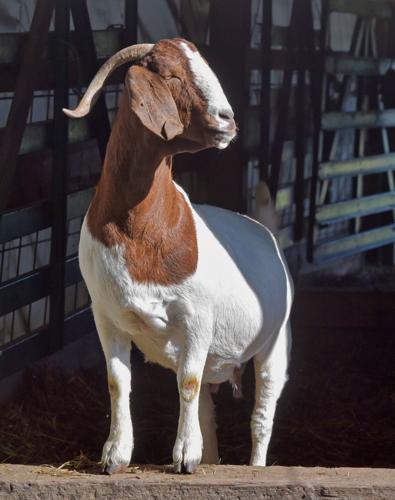 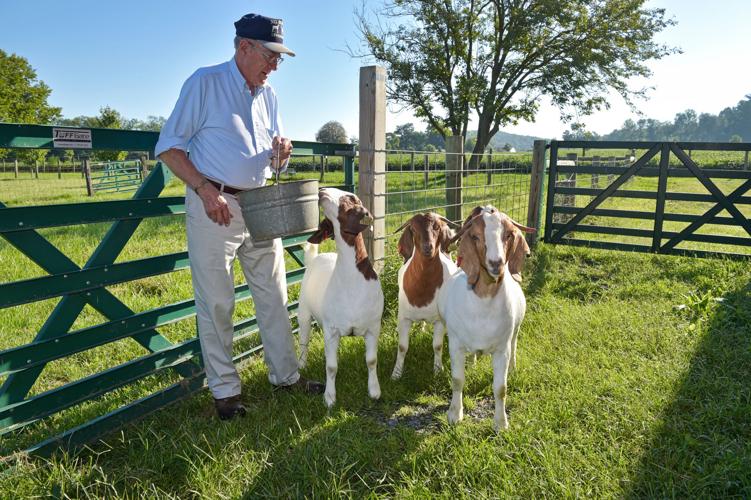 Robert Herr with Boer meat goats he raises on his farm near Narvon, Lancaster County.

A group of 3- and 4-year-old Boer meat goats on the Narvon farm of Robert Herr, who thinks raising meat goats can help struggling Amish dairy farms in Lancaster County.

Robert Herr feeds some of his Boer meat goats at his farm near Narvon. Herr is widely credited with starting the meat goat industry in Pennsylvania during the past decade.

A senior buck Boer goat and a senior doe.

Ephraim Stoltzfus would like nothing more than to get the goat of struggling Plain Sect dairy farmers around Lancaster County.

Raising meat goats to satisfy the preferred diets and religious requirements of growing numbers of ethnic and religious groups on the East Coast is already becoming an attractive side business among the county’s small Plain Sect farmers to help ends meet during tough times.

Stoltzfus, owner of a largescale goat-to-market transportation business, and a business associate, Abe Fisher of West Lampeter Township, hope to take local meat goat farming to the next level.

At an informational meeting Aug. 15 in Clinton County, about 60 interested farmers — about one-third of them Amish — heard a proposal to pay them premium prices if they could raise 10,000 meat goats a year from a new hybrid of three different goat breeds currently being bred.

The goats would be taken to food markets and butchers in New York City, Boston, New Jersey and Rhode Island.

“There needs to be something created for the dairy farmer to grow. We saw the shortage of goats and thought we can work on this together. I have the customers, but I don’t have the goats,” Stoltzfus said.

As Stoltzfus envisions it, dairy farmers could raise and fatten small numbers of goats in their existing barns and pastures. The whole family could help attend to the goats after milking times.

'Lancaster County is not going to be the same': Large numbers of dairy farmers may sell cows within next 6 months

Small dairy farms are seen as ideally suited for raising small goat herds as they already have facilities for confinement raising. And five to six goats can be raised in the same pasture space it takes for a single dairy cow.

It’s a game-changing idea grounded solidly in need, says Robert Herr, a Narvon producer of Boer meat goats and a retired Penn State agriculture educator who is widely credited with starting the meat goat industry in Pennsylvania during the last decade.

“Meat goats are certainly the high point of the agricultural scene right now. Amish and Mennonite farmers are getting into the meat goat business like gangbusters,” said Herr, who spoke at the entrepreneurial meeting.

“We’re importing 50 percent of all meat goats eaten in this country. The meat goat business is here to stay. I think there will never be enough goat meat in the United States.”

He is blunt about his conviction that the time is now for many Plain Sect dairy farmers to try something new if they are to survive in agriculture.

“Dairy farmers are going out of business. There’s too many of them and they’re looking at what they can do. The bright spot of agriculture right now is meat goats.”

Goats on the rise

Goat meat is one of the most consumed meats in the world. In the United States, however, it trails pork, poultry and beef. But that is changing as the United States attracts more people from varied cultures where goats are THE red meat, especially among Hispanics, Asians and Muslims.

Also, the lean meat of goats is desirable to the health-conscious. Goat meat is lower in fat than chicken but higher in protein than beef.

Goats in the U.S. were used mainly for their milk, cheese products, clothing and their hide. But now 80 percent of all goats in the U.S. are used for meat. Production has increased by about one-third in the past decade.

Still, there is an estimated shortage of 750,000 goats that have to be imported, according to the federal government.

Meat goat production in Pennsylvania has risen dramatically in the past decade, and the state ranks 15th among all states.

New Holland Sales Stables, for example, is the second-largest auction place for live meat goats in the United States. Goat sales are held twice a week with buyers from as far as Nebraska. In the week ending Aug. 27, 903 goats were sold for slaughter.

In the weeks leading up to religious or cultural holidays, sales can double.

“Pennsylvania producers have a leg up just to being close to that market access,” said Garrett Jenkins, a Bainbridge meat goat farmer for about 10 years.