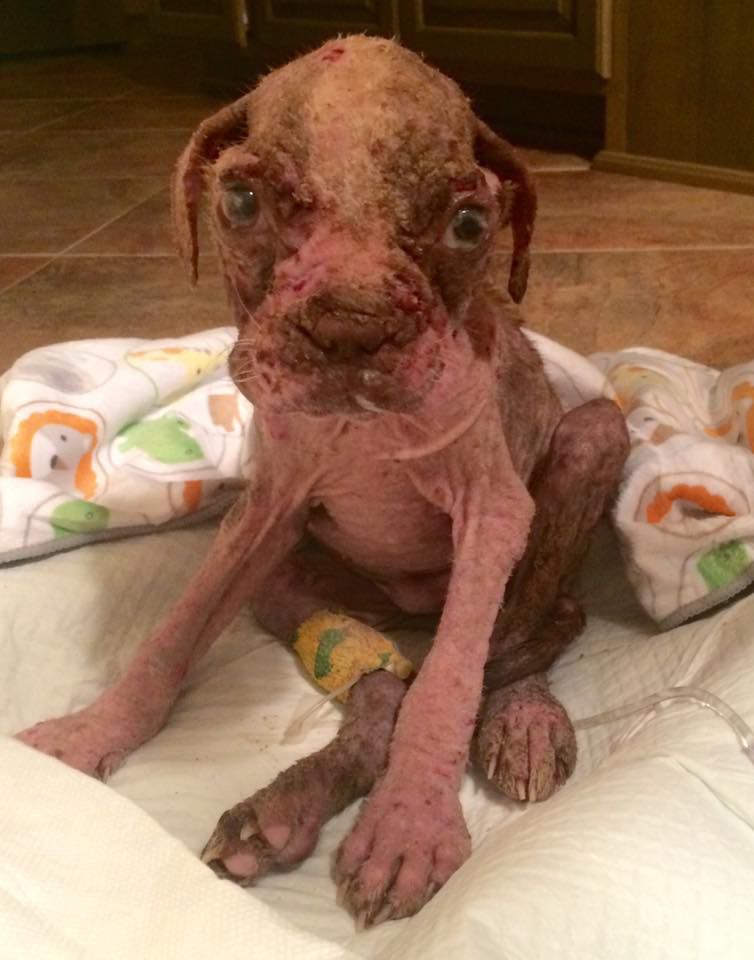 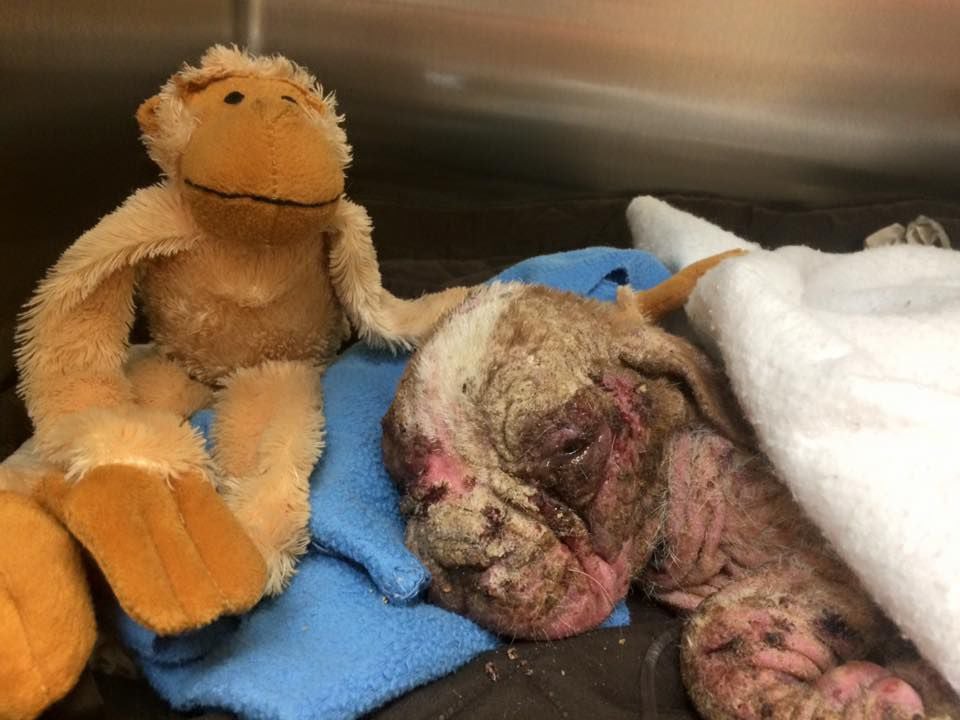 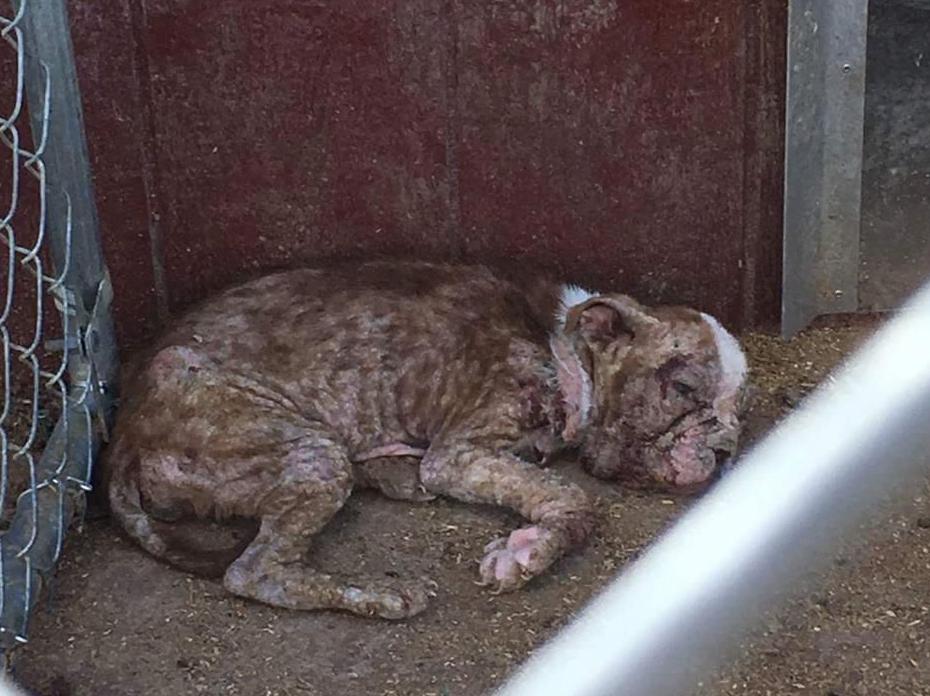 A puppy, later named Libre, as he appeared in a pen in a southern Lancaster County farm before being rescued on Monday, July 4, 2016. 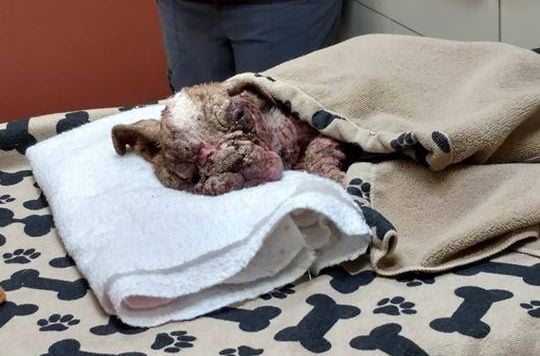 Libre, as he appeared during veterinary care Tuesday. 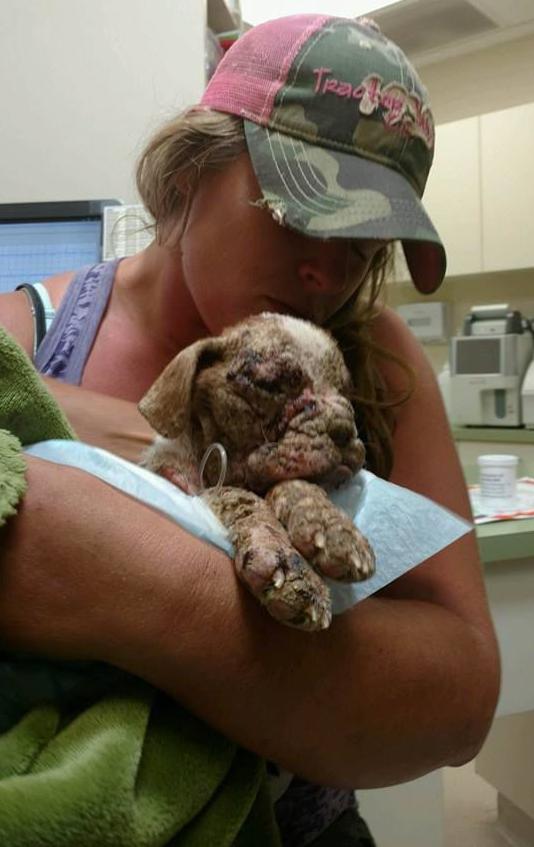 A puppy, later named Libre, as he appeared in a pen in a southern Lancaster County farm before being rescued on Monday, July 4, 2016.

Libre, as he appeared during veterinary care Tuesday.

A local animal cruelty officer is defending her decision not to charge the breeder who surrendered a sickly puppy in southern Lancaster County last week, arguing that rescuers have exaggerated the animal's condition.

The Lancaster County SPCA, director Susan Martin said in a statement Sunday, “cannot substantiate that a puppy was abandoned, left for dead or maggot infested as previously reported in the media.”

That has the dog’s rescuers angry with the SPCA.

“I don’t know why she’s saying what she’s saying,” Janine Guido, of the Speranza Animal Rescue in Mechanicsburg, said Monday.

“Saying the dog wasn’t in such bad condition — I don’t know how it could have been in worse condition.”

The puppy, named Libre by Guido, was hours from dying when he was taken from the farm on July 4, rescuers said.

Guido said the puppy was emaciated, dehydrated and barely breathing.

But Martin said two veterinarians who treated Libre immediately after his rescue told her they saw no maggots on the dog. The Dillsburg veterinarian who later assumed Libre’s care “indicated that he only removed two maggots from the top of the skin,” Martin said.

Dr. Ivan Pryor, who is treating Libre at the Dillsburg Veterinary Center, could not immediately be reached for comment.

No charges will be filed against the dog’s owner, Martin said in a statement Friday, because it is impossible to prove “beyond a reasonable doubt that the individual willingly and knowingly grossly neglected care for the animal intending to cause foreseeable grave injury or harm.”

“I discovered him, and I saw what condition he was in before I took him off the farm,” Orme said.

“I noticed him about two months ago — he looked like he had a skin condition then,” he said. “I’m a dog lover, so I check up on the dogs. On July 1, I approached the cages (and) saw what appeared to be a dead puppy.”

The puppy opened his eyes but couldn’t move, Orme said. “He was in horrible condition.”

Orme said he volunteers at the SPCA so he contacted the shelter first.

But Martin didn’t do much about the situation, Orme said.

“She was telling us there’s not much she can do,” he said. “She wasn’t really stepping up to the plate. I was like, why is the dog still there?”

Orme said Martin referred the puppy’s case to ORCA, but an ORCA representative “went to the wrong house.”

Connie Kondravy, from ORCA, confirmed Monday that her group had no contact with the dog.

Orme called Jennifer Nields, a former county humane officer, who took the puppy to an emergency veterinarian and contacted Guido.

Nields said she was shocked by the puppy’s condition.

‘Left there to die’

Orme said Martin later called him and his mother, who assisted with the rescue. Martin, he said, “was upset over how we had gotten the dog.

“She said it was her investigation,” he said. “And we were thinking, ‘Well, you weren’t getting anything done.’ I think she was upset that we were going to tell people the SPCA hadn’t done anything. But we just wanted the dog to get rescued.”

Martin later issued a statement saying the puppy was receiving veterinary care from the breeder and that its condition had declined significantly in the hours immediately preceding the rescue.

“That’s definitely not true,” Orme said. “I was there four days before I took him out, and he was bad.”

Orme doesn’t believe the puppy was receiving care before the rescue.

“He was suffering for a long time,” he said. “He was left there to die.”

He also disputed Martin’s statement that the breeder’s kennels were clean.

“There were feces piled on top of feces,” he said.

Orme said he didn’t notice maggots on the puppy but admitted he didn’t look too closely.

“He was bleeding. He had open wounds, open sores,” he said. “I didn’t look into them for maggots. My focus was just getting him to Jen.”

Martin, he added, “never saw the dog. And she never asked me about the dog, just about the media.”

Guido said she is puzzled by Martin’s statement.

“It makes it sound like I took the dog, like I spoke to the breeder,” she said. “I don’t even know where it came from. I just know it was an Amish farm.”

But she said early reports about the puppy’s condition — including the presence of maggots in its wounds — were true.

“The vet said he was pulling maggots out of him for days. Multiple maggots, from different wounds,” she said.

Even without a close inspection, Guido said she could see maggots in the wounds and maggot eggs on Libre’s head.

Martin, Guido said, “absolutely should press charges” against the breeder.

Dextin Orme, who found and rescued the pup from a southern Lancaster farm, becomes enthusiastic when asked about the pup’s condition.

“He seems like he’s doing good,” he says. “It’s great, he has all this love and attention now. That’s the important thing out of all this.”

Janine Guido, from Speranza Animal Rescue, says she has been visiting the puppy — whom she named Libre — daily. On Monday, she says the pup is much more alert and able to feed himself, although he still can’t move around.

“He still has a long way to go, but he’s so much better,” she says.

“He’s tried walking, but he has no muscle tone,” she adds. “He falls over. But he’s trying, which is awesome.”

He’s still on IV fluids, Guido says, but has gained 2 pounds since his treatment began.

He may lose his right eye to severe ulcers, she notes. Dr. Ivan Pryor, at Dillsburg Veterinary Center, is using antibiotics to try and heal them.

Puppy, found near death in southern Lancaster County, is fighting to survive, July 6, 2016