Alcohol, not opioids, is the substance that caused the most hospital admissions and emergency department visits among a group of Pennsylvania seniors, new analysis shows.

Statewide, Pennsylvania Health Care Cost Containment Council found 7,833 admissions and visits caused by substance abuse among those in Medicare fee-for-service plans from 2016 through 2018.

“By focusing on Pennsylvania’s older residents, we’re hoping to raise awareness on how substance use, alcohol in particular, affects this population,” said agency director Joe Martin.

The report had a total but not a breakdown for Lancaster County: 217 over the three years. And its unadjusted rate was 3.8 per 1,000 seniors, below the statewide rate of 6.1.

Overall, just under a third of the visits and admissions were caused by overdoses. Average Medicare payments for hospital and emergency visits, respectively, were as follows: $6,289 and $525 for alcohol and $7,901 and $509 for opioids. 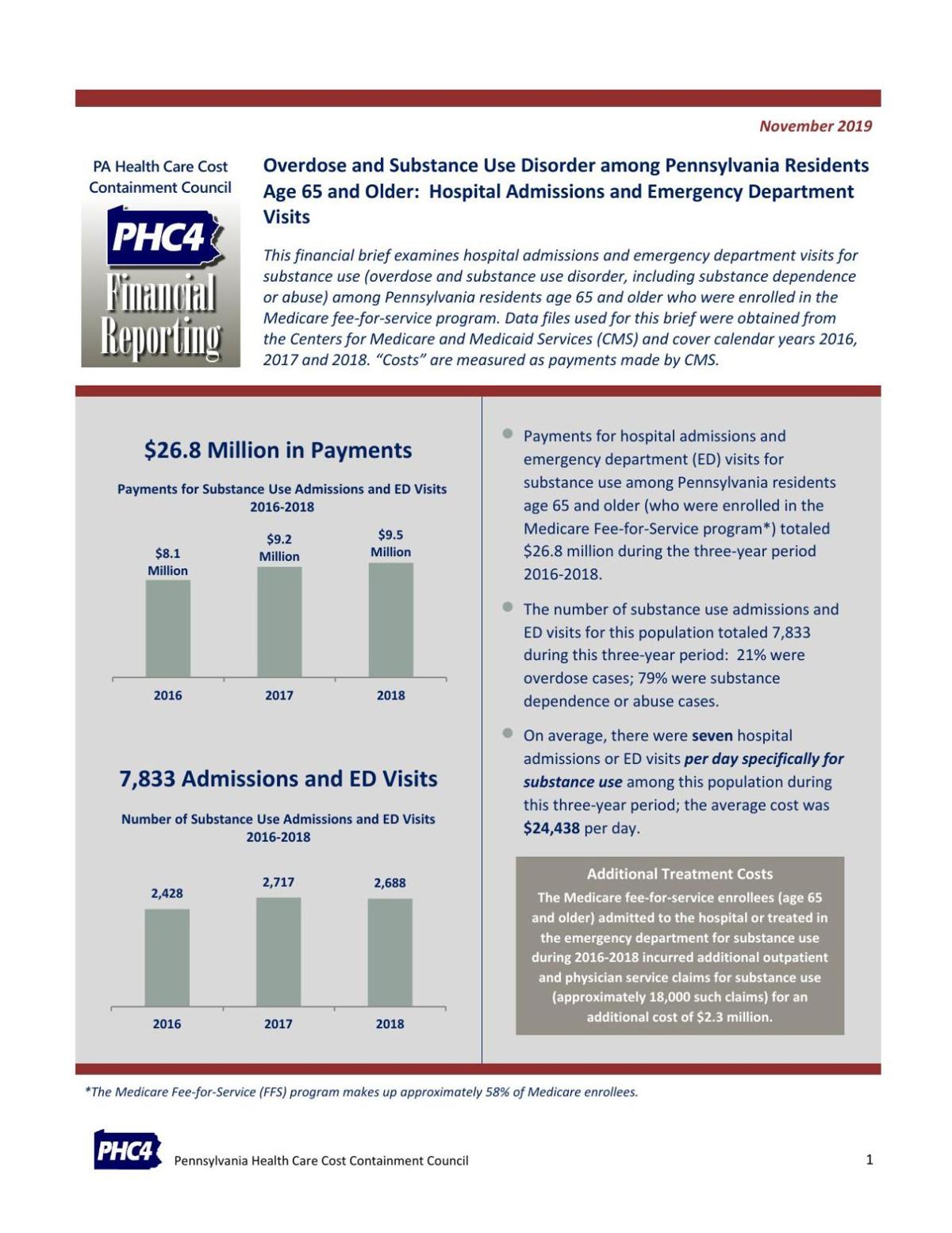 Despite rainy conditions, Santa and his Kringle Caravan made their rounds through Lancaster Friday

When a person struggling with alcohol or drug addiction enters rehab, it’s not the end of th…

Jason was hallucinating. He was withdrawing from drugs at an addiction treatment center near…

ST. LOUIS — Not far from the Anheuser-Busch brewery, Joshua Grigaitis fills a cooler with bo…

A new agreement means many Pennsylvania residents will no longer have to go through the red tape known as “prior authorization” to get medication-assisted treatment for opioid use disorder.

New law: Before doctors prescribe opioids, patients must sign agreement that they know the risks

Before a patient is prescribed an opioid for the first time, the patient’s doctor will be required to create treatment agreements outlining th…

Shingles Vaccination Rate Soars But Leaves Many Behind

Worried about the high cost of the copayment for the shingles vaccine, Jacky Felder, a Medicare beneficiary, opted against getting immunized l…