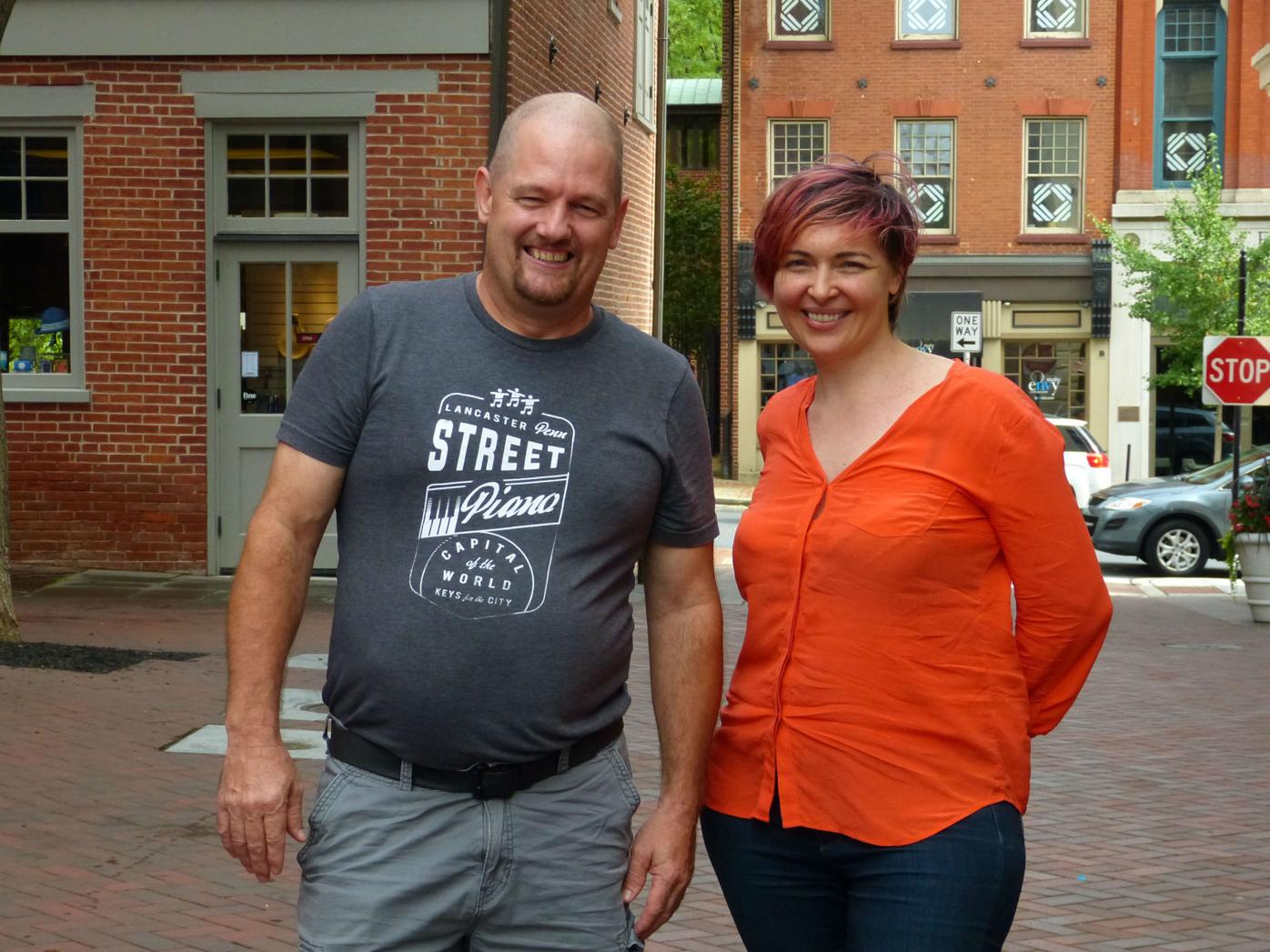 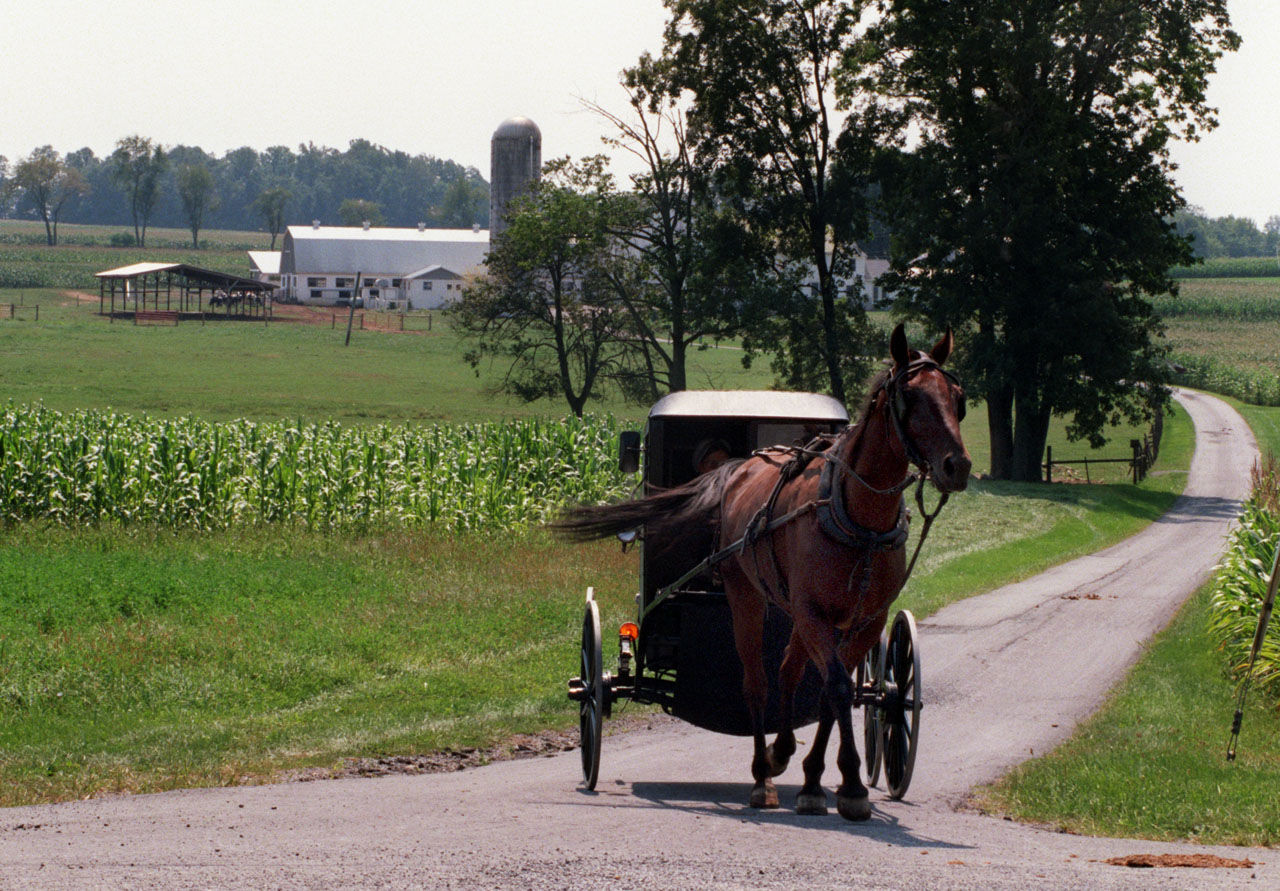 An Amish buggy makes its way down a road near Elizabethtown in this newspaper file photo.

An Amish buggy makes its way down a road near Elizabethtown in this newspaper file photo.

Torah Bontrager says she was about 13 when she read about Harriet Tubman and the Underground Railroad.

The story of the former slave turned abolitionist electrified her. The oldest child of a strict Amish family in the Midwest, Bontrager recalls being constantly scolded and beaten, leaving her feeling trapped and miserable.

She vowed to make a getaway herself, and someday to find a way to help other Amish left behind.

At age 15, she slipped away in the dead of night, beginning a sometimes harrowing odyssey that is depicted in her memoir, “An Amish Girl in Manhattan.”

It eventually led her to Columbia University, where she earned a philosophy degree.

Now 37 and living in New York City, Bontrager earlier this year created the Amish Heritage Foundation, a milestone in fulfilling her childhood vow.

It is registered as a nonprofit, and a board has been formed; its application for tax-exempt status is pending.

Working with Bontrager is Elam Zook, a Lancaster County man who left the Amish church and serves as the foundation’s director for the development of Amish literature.

Bontrager and Zook describe the foundation’s mission as “reclaiming our Amish story.”

They aim to lower the barriers between the Amish and the outside world, and to bring the voices of formerly compliant Amish like themselves into discussions of the culture. Those voices, they say, have been marginalized and ignored until now.

On Sept. 28 and 29, the foundation will hold its inaugural conference in the Lisa Bonchek Adams Auditorium at Franklin & Marshall College. The college is a co-sponsor; F&M anthropology professor Michael Billig is among the speakers.

According to Bontrager and Zook, scholars and the media have perpetuated a “myth” of Amish society as largely idyllic and harmonious.

“Everybody’s vested in this myth,” Zook said, even the Amish themselves.

Bontrager readily acknowledges Amish life has its pluses: reverence for hard work done well, self-reliance, a commitment not only to family and community but to welcoming strangers and helping the needy.

But there is far more dysfunction in Amish life than is generally acknowledged, she and Zook say.

It froze Amish culture in time and created “an embrace of ignorance,” he said: “It’s what sealed our fate.”

Bontrager and Zook say the Amish are taught not to question church leaders or biblical authority.

At minimum, that limits Amish young people’s opportunities for personal growth and informed choice — a direct betrayal of the premise of adult baptism, Zook said.

The two also say it has provided cover for widespread physical, emotional and sexual abuse of women and children.

Bontrager says she herself was assaulted both as a child and later by ex-Amish relatives.

“It’s rampant,” she said, but incidents are usually hushed up and victims are pressured to forgive their attackers.

Occasionally a case goes public. In 2004, Mary Byler went to legal authorities after years of rape by her brothers. They pleaded guilty, but her community condemned her action and excommunicated her.

Byler is on the foundation’s board; an interview with her will be featured at the conference.

While individual cases of abuse are well-documented, opinions regarding its prevalence in Amish communities vary considerably. Even in mainstream society, gathering accurate data on abuse is difficult; for the Amish, no reliable statistics are available.

Steve Nolt, senior scholar at the Young Center for Anabaptist and Pietist Studies at Elizabethtown College, said the center plans to have a faculty member attend the conference.

He declined to comment on the foundation’s views of Amish scholarship, saying: “The conference will hopefully provide some new insights and fresh perspectives, which are always welcome.”

The goal would be to base services near Amish communities in the Lancaster area and elsewhere.

Resources will be available to people who leave the Amish, and to those who choose to remain, Bontrager said.

In contrast to evangelical Christian organizations that seek converts among the Amish, the foundation’s orientation is firmly secular, grounded in enlightenment principles of rationality and humanism, Bontrager and Zook said.

Bontrager said she is speaking with potential donors and hopes to have the foundation operating on a multimillion-dollar budget in a few years.

“The need is that great,” she said.

The day after wrapping up the Amish Heritage Foundation’s inaugural conference, executive director Torah Bontrager posted a letter of gratitud…

This summer, the Young Center for Anabaptist and Pietist Studies at Elizabethtown College will host a three-day conference on health and well-…