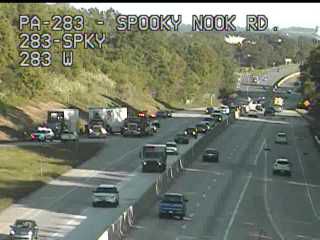 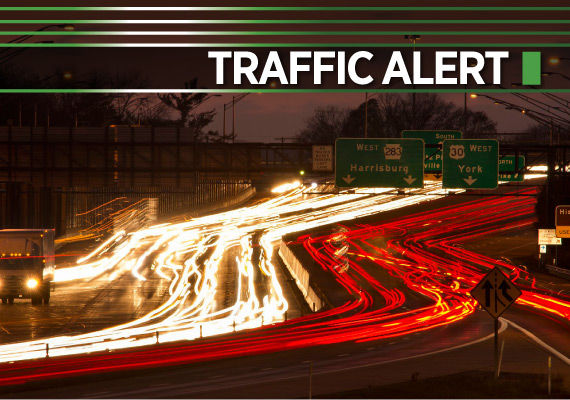 The first crash occurred on eastbound Route 283 at the Spooky Nook Road/Salunga exit in East Hempfield Township around 5 a.m.

The driver of a tandem tractor-trailer “failed to negotiate limited lanes on 283 due to construction,” East Hempfield Township police Lt. Tammy Marsh said. The driver lost control and the second trailer overturned.

The exit ramp was shut down for two and a half hours, Marsh said. No one was injured. Police are still investigating.

Signs alerted motorists a lane of traffic would be closing for construction. Near one of the signs, a sport utility vehicle ran into the back of a box truck, he said.

The driver of the SUV was taken to an area hospital with injuries. Hughes did not know how severe they were.

The box truck driver was not injured, he said. Both drivers were the only people in their vehicles.

Eastbound lanes of Route 283 were closed at Route 772, PennDOT's Greg Penny said. All lanes were clear as of around 8 a.m.

Police did not release the identities of the drivers in either crash Thursday.