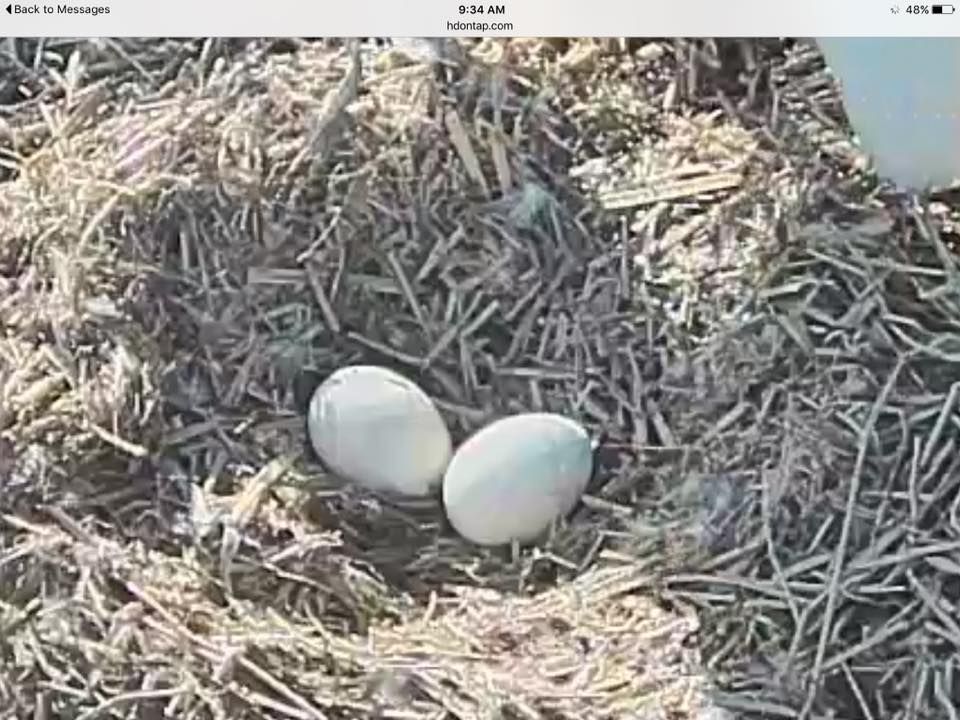 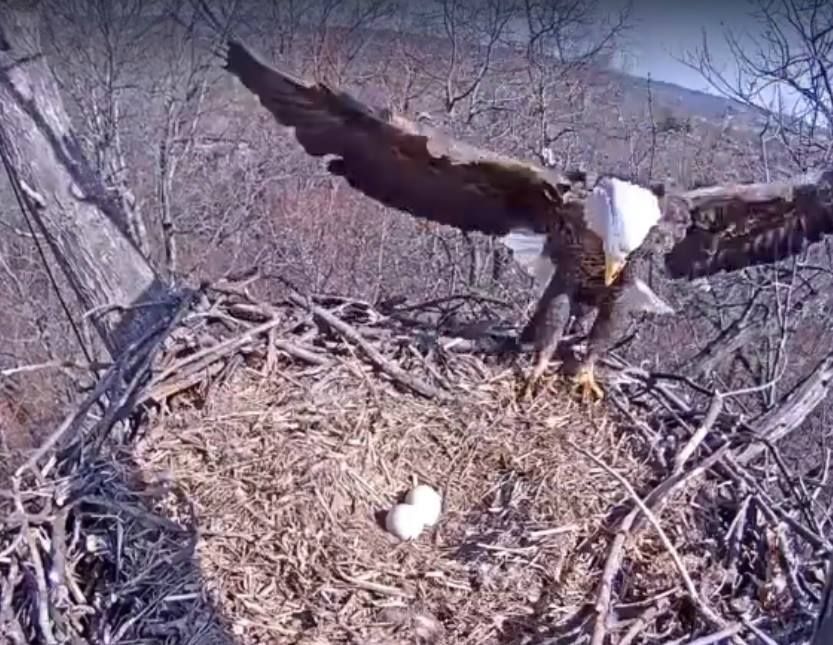 One of the Eagle Cam eagles alights on the nest in York County this week.

One of the Eagle Cam eagles alights on the nest in York County this week.

All eyes are on the two bald eagle eggs in the Pennsylvania Game Commission’s Eagle Cam nest near Hanover, York County, as it becomes time for the two eggs to hatch.

Thursday was the day the first egg hatched last year and the second egg followed a mere eight hours later.

All eyes are on the pair of current eggs as fans of the live-streamed nest  strain to see a telltale “pip,” a small hole made by the eagle chick with a special egg tooth grown for the breakout.

On the Pennsylvania Bald Eagle Family 2016 Facebook page, there have been excited screen captures posted of possible cracks and bulges. But after careful inspection, they were discounted as shadows or strands of grass in the nest.

The average incubation period for bald eagle eggs is 35 days. Wednesday was the 35th day for the first Eagle Cam egg. Last year, it was 37 days before the first egg hatched.

When the first pip was sighted, it took the eaglet three full days to completely break out of the shell.