Alcohol-related deaths have more than doubled in United States over 18 years, according to a new analysis.

The study, published last week in the scientific journal Alcoholism, was based on death certificates, which researchers noted probably underreport the impact of alcohol.

The total was also a bit higher than the 70,237 drug overdose deaths that the U.S. Centers for Disease Control reported for 2017.

The new study takes a broader look than state and local approaches to tracking alcohol-related deaths, but it does not break out any local numbers.

Nonetheless, the striking national findings were no surprise to those familiar with substance use disorders in Lancaster County and Pennsylvania.

Rick Kastner, executive director of the Lancaster County Drug & Alcohol Commission, said that for decades, alcohol accounted for more of his organization’s clients than any other substance.

Opioids overtook alcohol in 2013, he said, but now the numbers are close to equal.

“When you’re a recovering person with alcoholism, there’s not many corners that you can go past — not a restaurant, bar, minimart or grocery store — that doesn’t carry and sell your drug of choice,” Kastner said.

Dr. Mitchell Crawford, a WellSpan Philhaven psychiatrist trained in addiction treatment, said alcohol is a toxin to every cell in the body.

People tend to be more aware of short-term risks like vehicle accidents and falls, he said, but the long-term effects of alcohol are significant. They include high blood pressure, digestive issues, strokes, heart failure and cancer.

“No one should begin drinking or drink more frequently based on potential health benefits,” he said, quoting the U.S. Centers for Disease Control & Prevention. “We’re very clear about that now.”

The study includes some overlap. It showed 18% of the deaths were due to overdoses of alcohol alone or with other drugs. 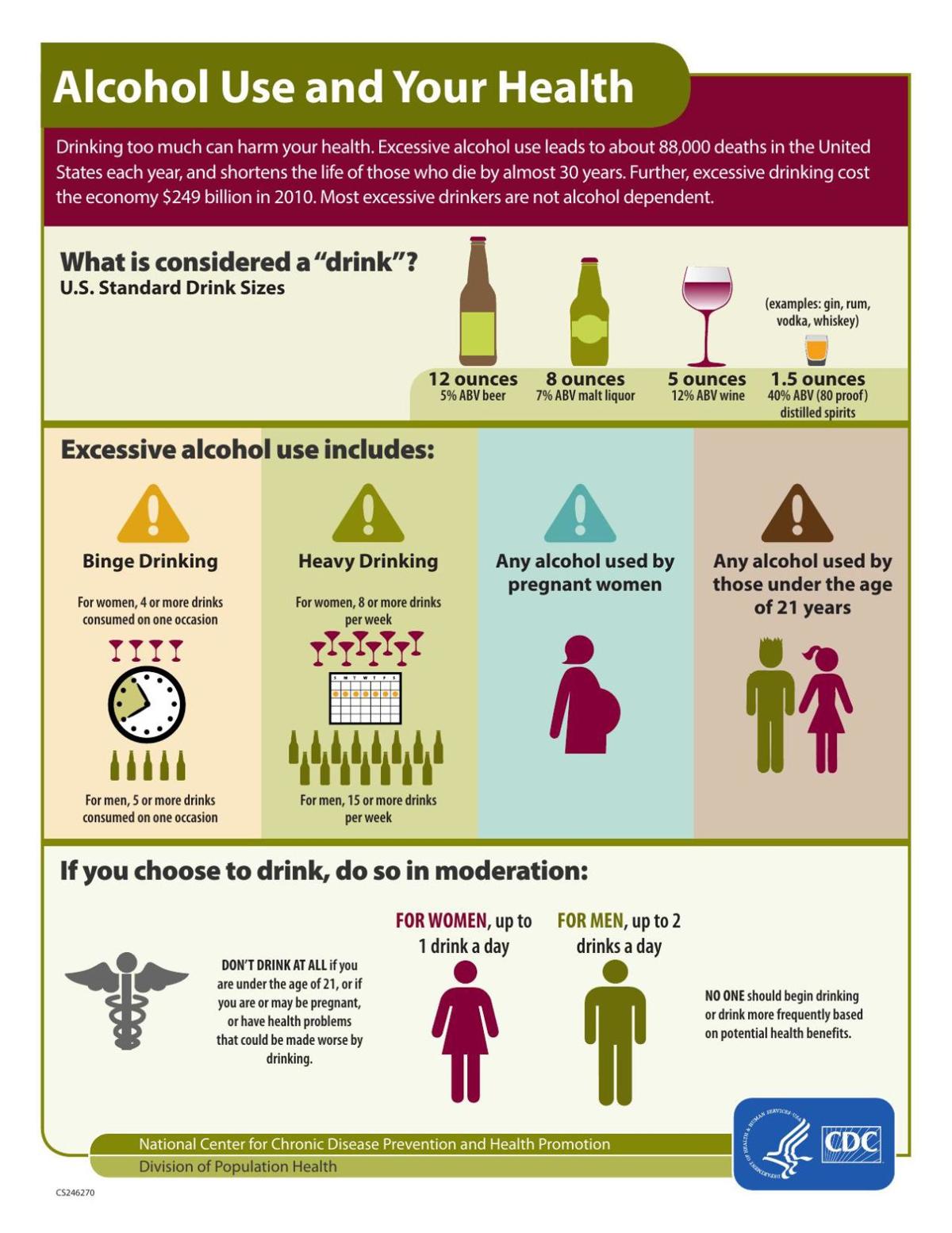 Experts emphasized that help is available, and one way to access it is by calling 1-800-662-HELP (4357), a confidential hotline that can connect individuals to treatment regardless of insurance status.

“Lancaster County in particular has a really rich and robust recovery community,” she said, noting that attitude toward alcohol “is important, and if shared can be a powerful tool.”

Crawford said the risks of alcohol can be mitigated if people stop drinking, and “We understand that addiction is a chronic brain disease which has treatment, and that the treatment is effective.”

However, he cautioned that anyone who has been using alcohol on a regular basis should get the assistance of medical providers to stop, as withdrawal can be dangerous and all-or-nothing approaches can be problematic.

One commonly used yardstick for who might be at risk of withdrawal is having more than six drinks per day for three days out of the last five, he said. Those drinks are defined as 12 ounces of beer, 5 ounces of wine or 1.5 ounces of whiskey.

For those concerned about someone else’s alcohol use, he counseled a non-judgmental approach instead of using accusing language, and advised talking “about how you’re concerned and how it’s affecting you.”

“Try to speak with compassion and empathy and relay as much as possible that you’re bringing this up because you care about them,” he said.

The CDC has a helpful list of frequently asked questions about alcohol.

Here are two tidbits from other research mentioned in the study.

County Drug and Alcohol Commission seeking grants to fund treatments since it ran out of funds.

One year in, and Second Chance PA has helped nearly 100 people find the help they need to de…

The American Civil Liberties Union has come out against nicotine-free hiring, calling it “discrimination.” The organization is critical of other forms of what it calls “lifestyle discrimination.”