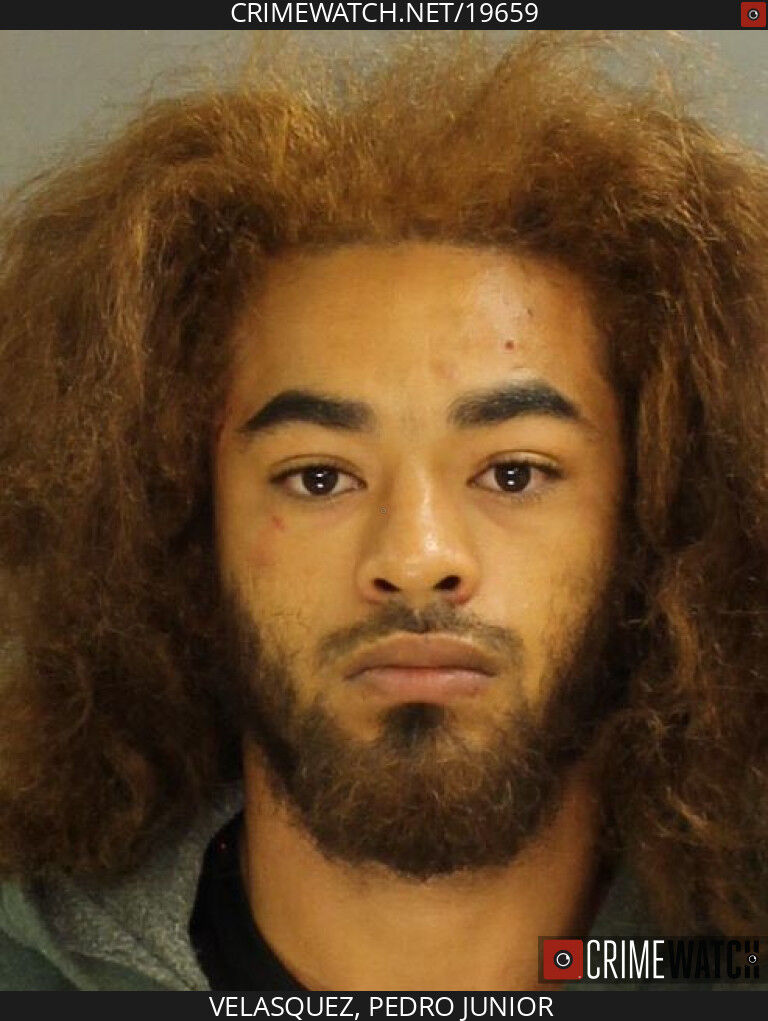 Pedro Junior Velasquez, 26, was arrested on Tuesday evening and charged with seven felony aggravated assault charges. That's in addition to lesser charges of possession of an instrument of crime, obstructing law enforcement, resisting arrest and false identification to police. 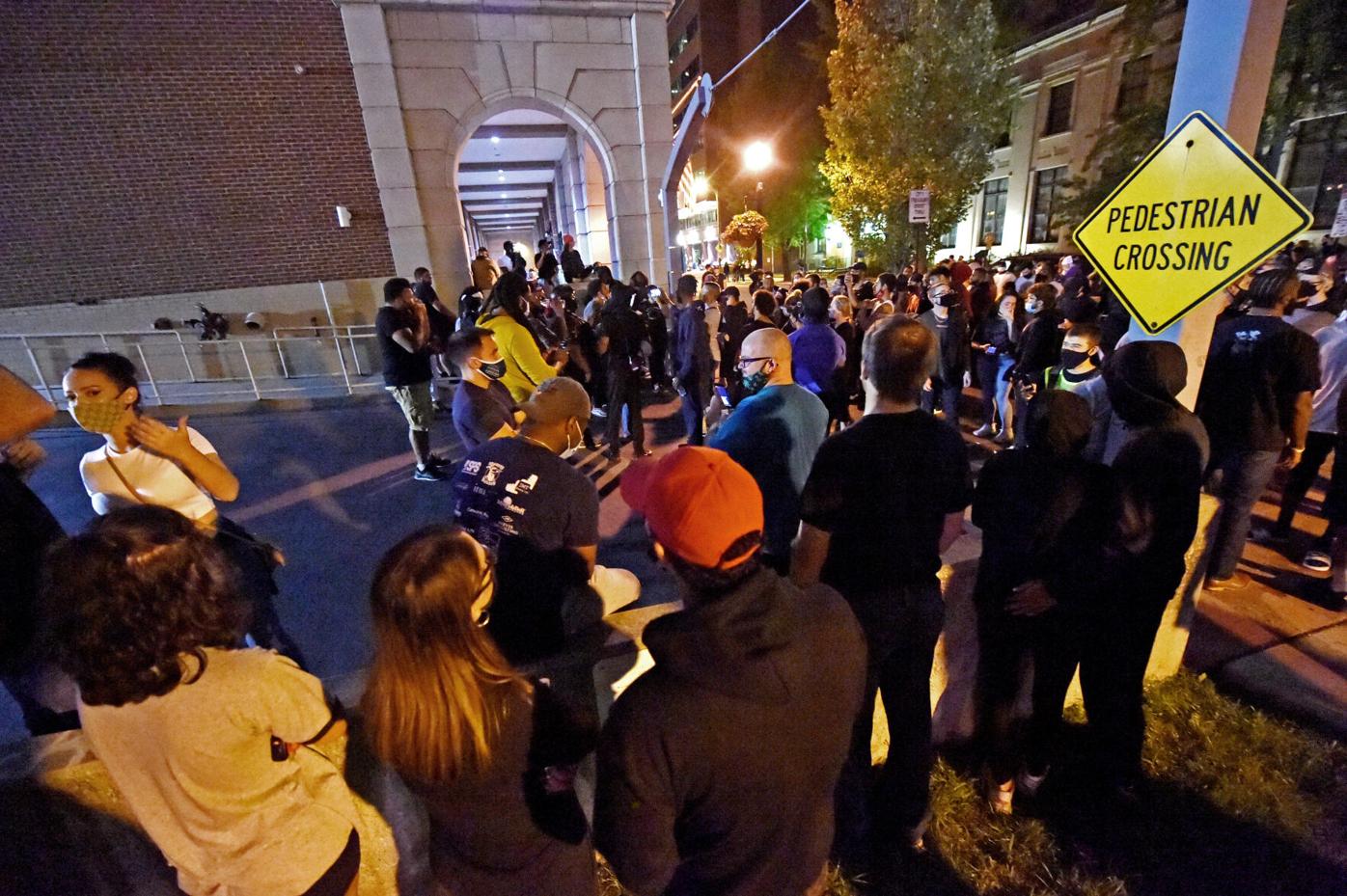 Pedro Junior Velasquez, 26, was arrested on Tuesday evening and charged with seven felony aggravated assault charges. That's in addition to lesser charges of possession of an instrument of crime, obstructing law enforcement, resisting arrest and false identification to police.

Editor's note: This story was updated to correct a name misspelling included in an original Lancaster police news release. A list of charges filed also was updated.

Accused of shining a “green laser” in through the windows of the Lancaster police station Tuesday evening, a 26-year-old man now faces criminal charges, including multiple felony counts of aggravated assault.

That’s according to city police, who announced Tuesday night that Pedro Junior Velasquez was arrested after being “restrained by several police officers.”

In a Tuesday release, police said detectives working in their offices on West Chestnut Street noticed the green laser shining through a window near one officer's head and face at about 6:26 p.m.

From the building, the detectives could see that Velasquez was shining the laser from near a flagpole on North Queen Street, police said.

The detectives then called in patrol officers who approached Velasquez in order to arrest him, police said.

According to police, Velasquez resisted and was only handcuffed after several officers assisted in the arrest.

Throughout that process, a group of people circled the officers, police said, claiming one man tried to interfere with the arrest while yelling and refusing to back away until pushed by an officer.

Police then arrested Velasquez and took him into the police station, where investigators determined that he also used the laser to target police Monday evening during what officers described as “anti-police protests”, according to the release.

“It should be noted that the Detectives believed the high-intensity laser was similar to the type used against law enforcement during protests in other cities,” police said in a statement. “Lasers have potentially dangerous effects on the eyes and are believed to have the potential to cause vision damage, including blindness.”

Those charges were filed with District Judge Bruce Roth.

As of Wednesday morning, online court documents showed that Velasquez remained held in Lancaster County Prison unable to post bail of $25,000 on each of the two sets of charges.

Police said in another update on Wednesday afternoon that Velasquez has an active warrant from Florida for battery charges. Extradition is not authorized from Pennsylvania, police said.

He is scheduled to appear for a preliminary hearing Sept. 30.

Velasquez’s arrest is one of more than a dozen stemming from protest in the city, which began Sunday night after the fatal police shooting of 27-year-old Ricardo Munoz in the 300 block of Laurel Street.

Police body camera footage shows Munoz holding what investigators said was a knife while exiting a home and running toward an officer, who was responding to a domestic dispute. The officer then shot and killed Munoz.

More in The coverage so far: Police shot, killed man in Lancaster city; the impacts, ruling and consequences (17 of 34)

Editor's note: An earlier version of this story said Jeromey Barnes had been fatally shot. He was not. And it said city detectives were invest…

Nine of the 13 protesters facing multiple felony charges after a round of arrests early this week saw their bail amounts reduced Thursday, aft…

A Lancaster city man caused nearly $30,000 damage to police vehicles and buildings during protests downtown after a police officer shot and ki…