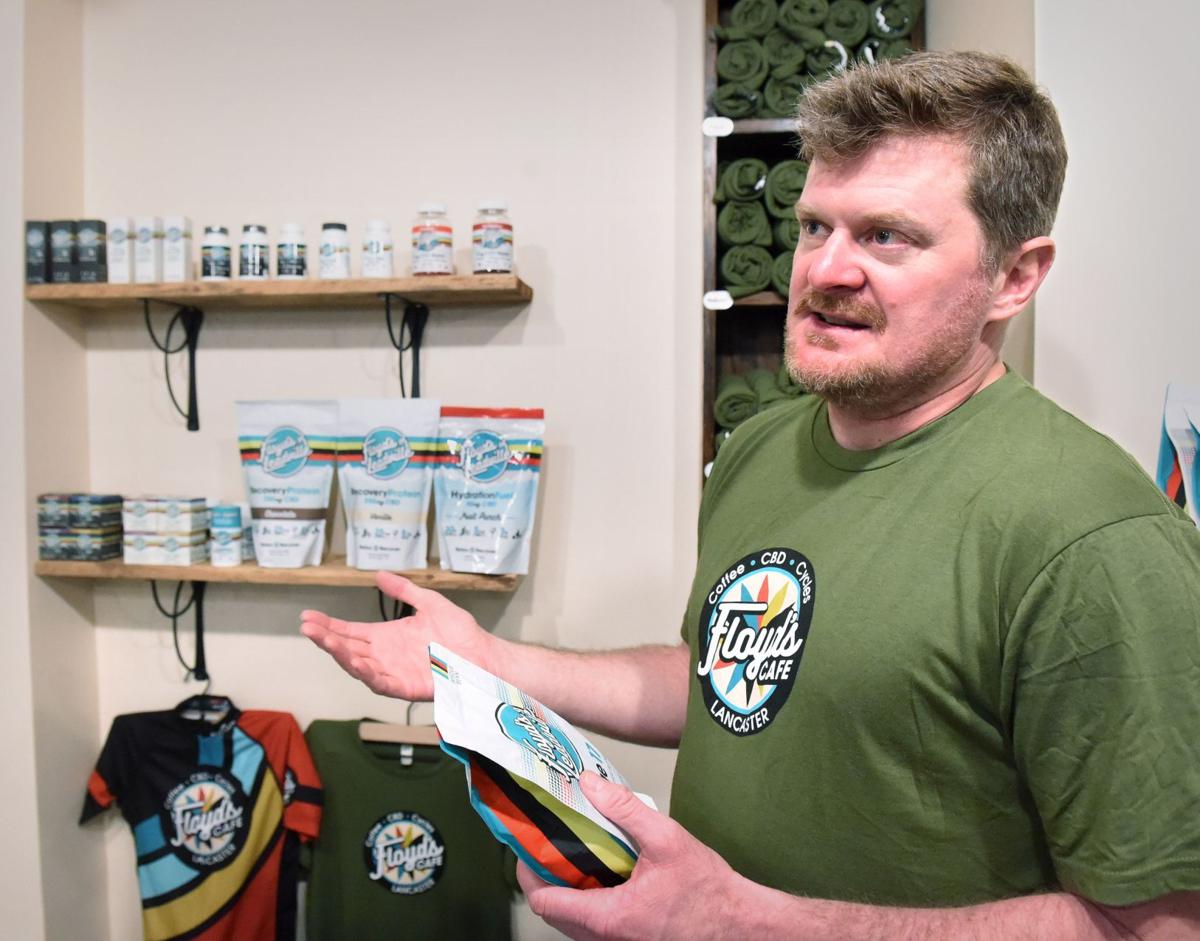 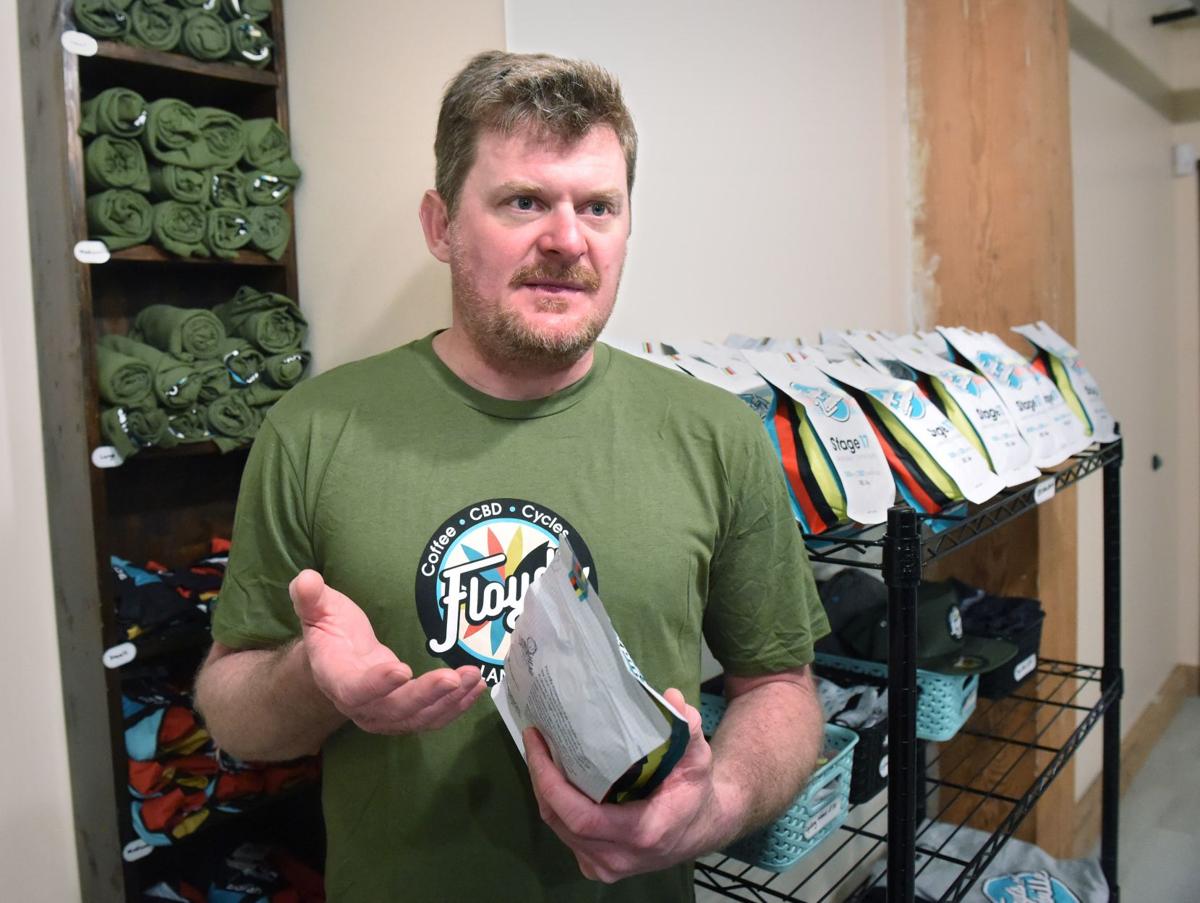 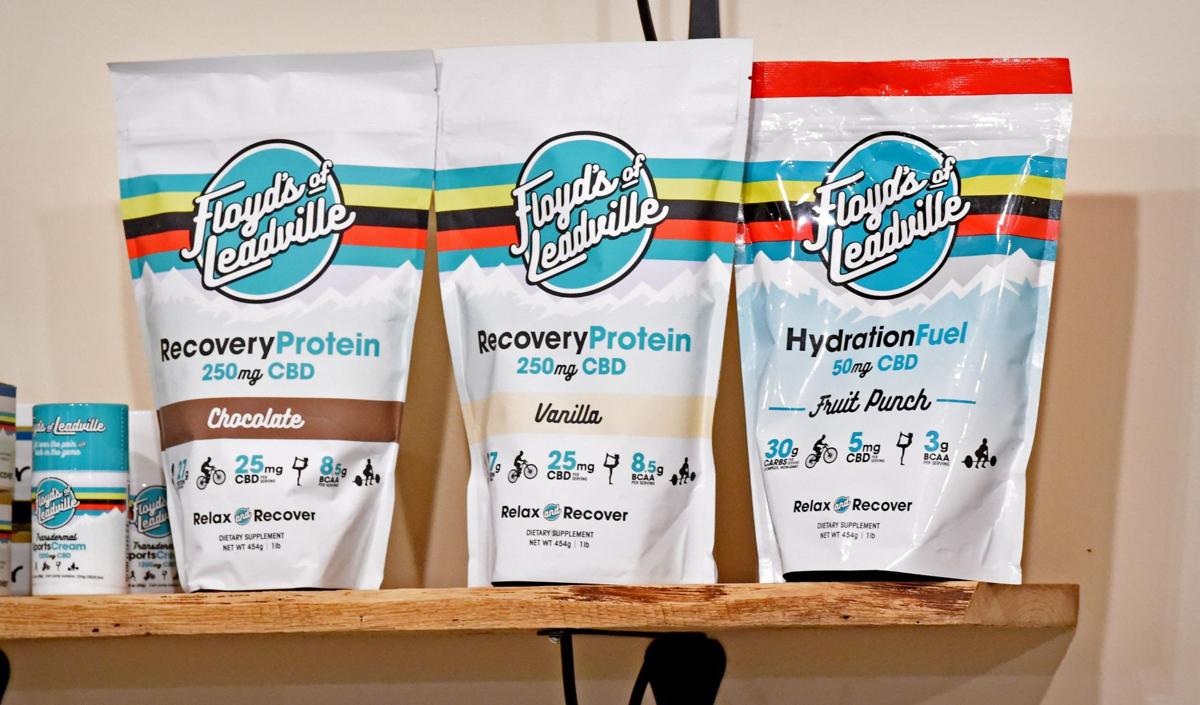 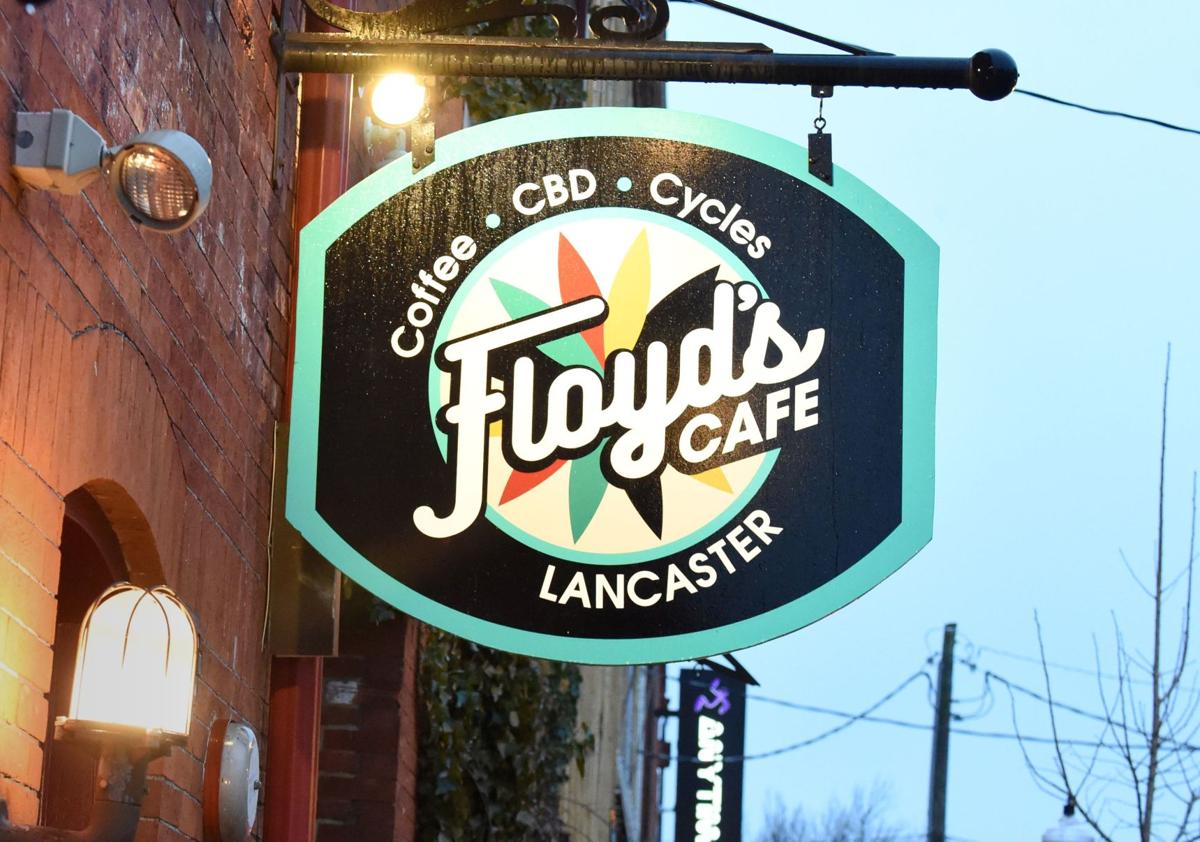 Floyd's cafe will be opening at 237 N. Prince St. in Lancaster city. It features CBD products from Floyd's of Leadville.

Farmersville native and former professional bicycle racer Floyd Landis was in Lancaster on Friday to launch his new Floyd’s Cafe of Lancaster.

The cafe, which officially opens early next week at 237 N. Prince St., features a variety of cannabidiol (CBD) products from Floyd’s of Leadville, the company Landis launched in 2016.

And now, after what he saw as a successful inaugural growing season in Lancaster County, the gels, tinctures, creams and gummies sold at the shop will begin being made from locally grown and processed hemp.

“This is a better place to grow it than the alternative anyway. It just hasn’t been legal until this year,” Landis said.

Working with 55 mostly Amish farmers who grew hemp on 65 acres total, Floyd’s of Leadville was able to get more than enough to supply its own needs.

“The plants get three times as big here with the same amount of effort,” Landis said.

In addition to having an ideal climate for growing hemp, Landis says his Lancaster County growers have the right mindset to be successful with hemp.

While prices have come down somewhat, Landis says his growers get around $15,000 to $20,000 per acre for hemp, making it a good replacement for tobacco.

“The Amish had been the ones growing tobacco as their cash crop and have all but lost it, and they needed something,” he said.

The hemp grown locally for Floyd’s of Leadville will be processed into the CBD oil at a new facility in Columbia that began production this week.

While growers can seek help there about growing hemp, the cafe is designed to provide accurate information about the potential benefits of using CBD products.

“It’s become probably overhyped at this point. It’s not magic,” he said. “We can’t make medical claims or anything like that, but it does help a lot of people, and it does help to just talk to somebody that has used it.”

For himself, Landis says the CBD products allowed him to stop using opioids after he was recovering from a broken hip. He likens it to the benefit some people might get from taking Advil for exercise soreness or aches.

“Try 25 milligrams, then try two of them, and if it doesn’t work, it probably won’t work at all,” Landis said.

Landis has a business selling recreational marijuana in Colorado, where it is legal, but his Lancaster shop will only sell CBD products such as softgels, tinctures and creams that are legal in Pennsylvania without a special license.

Landis said the CBD products account for about half of the company’s annual revenue, which he declined to disclose.

Landis, who now lives in Colorado, won the 2006 Tour de France but was stripped of the title after testing positive for elevated levels of testosterone.

A former teammate of Lance Armstrong, Landis initially denied charges of doping in the Tour de France but eventually confessed to what he said was a widespread practice at the U.S. Postal Service racing team led by Armstrong.

In 2010, Landis initiated a federal whistleblower lawsuit against Armstrong, who settled it in April 2018 for $5 million by admitting that he defrauded the government when he lied about taking banned substances. Landis’ share of the settlement was $1.1 million.

The first year of widespread commercial hemp farming in the U.S. met considerable enthusiasm in Pennsylvania — especially in Lancaster County,…

A new medical marijuana dispensary is slated to open next week in East Lampeter Township.