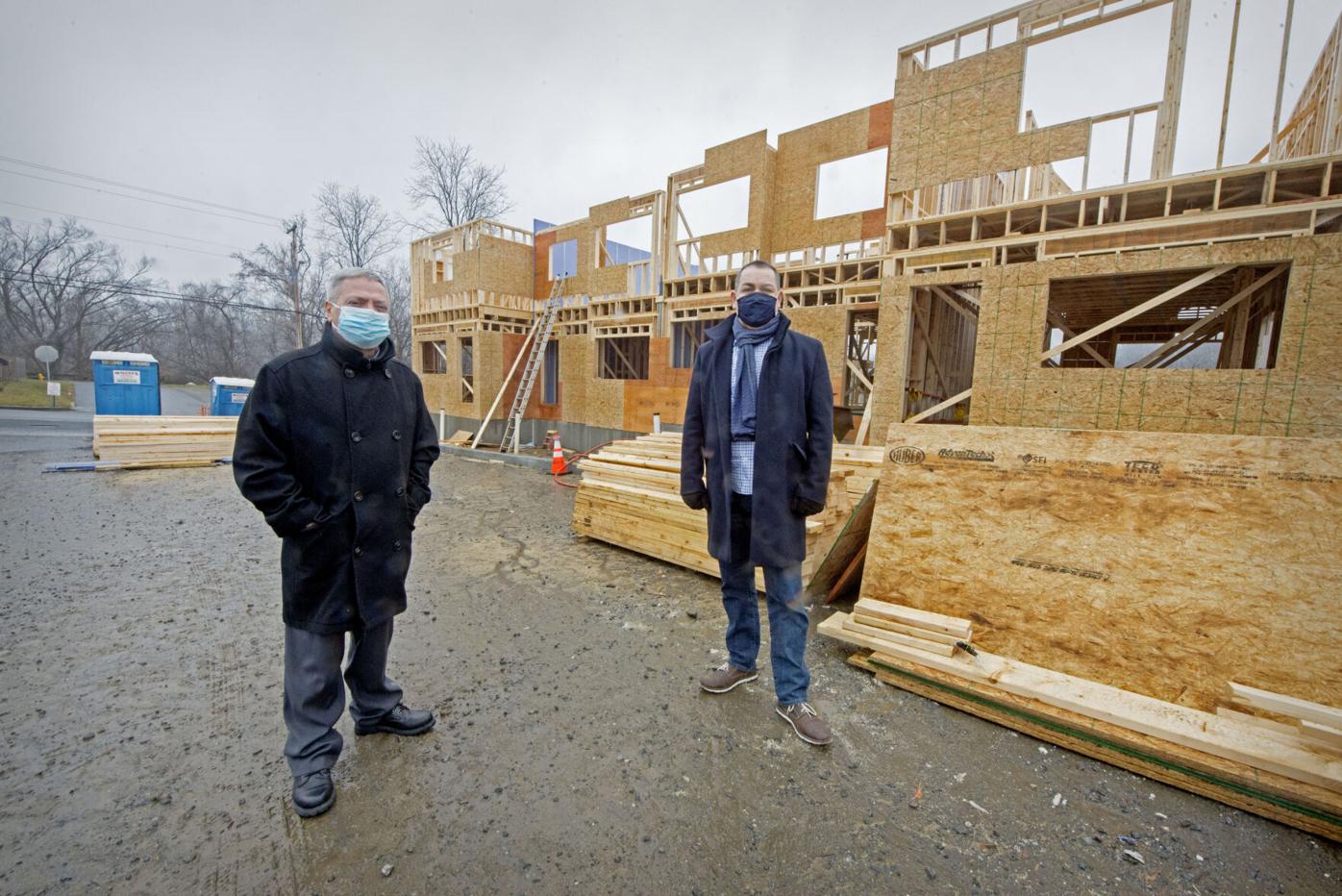 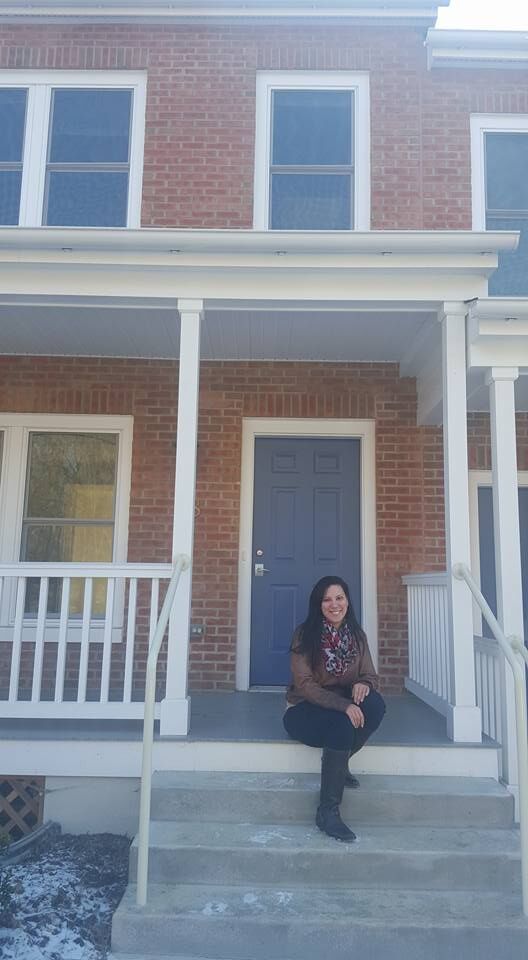 Aida Rodriguez in front of her home on Chesapeake Street, in Lancaster city. 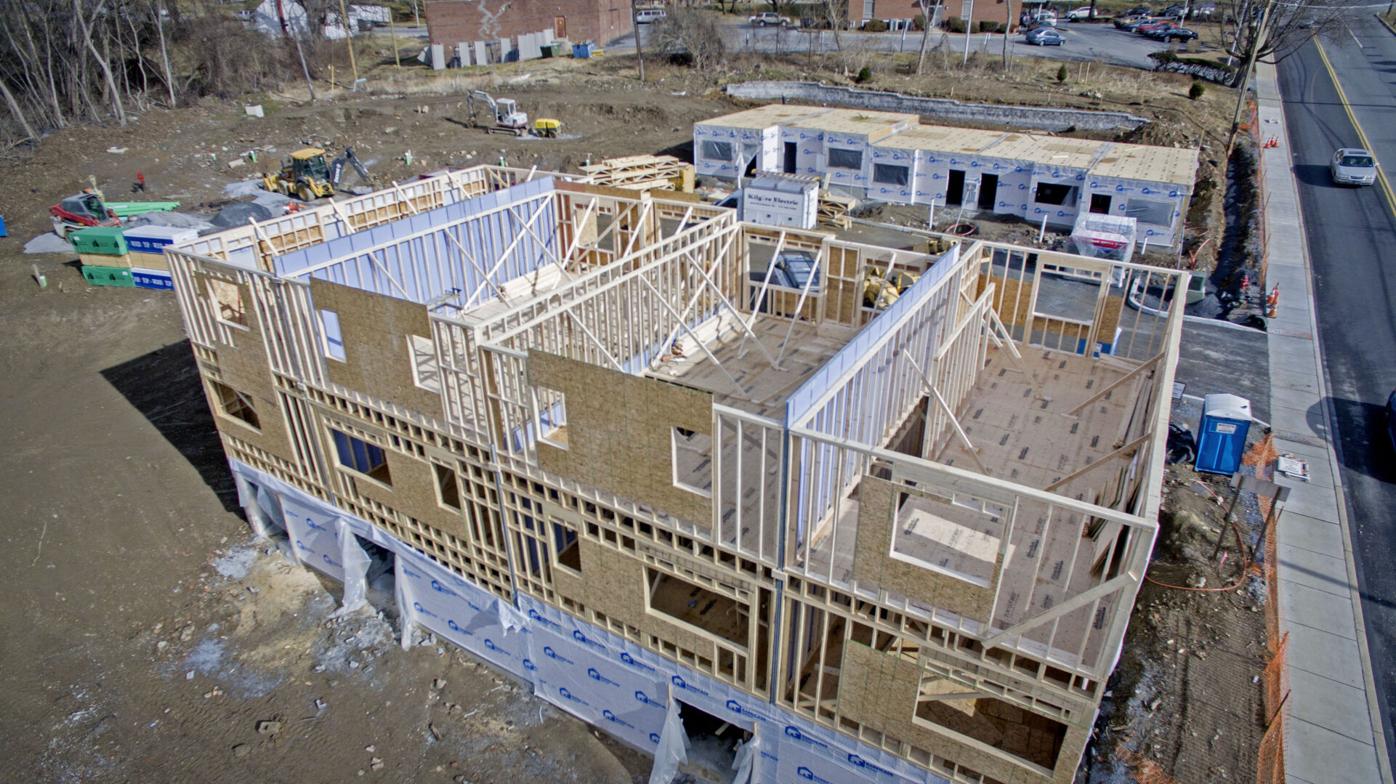 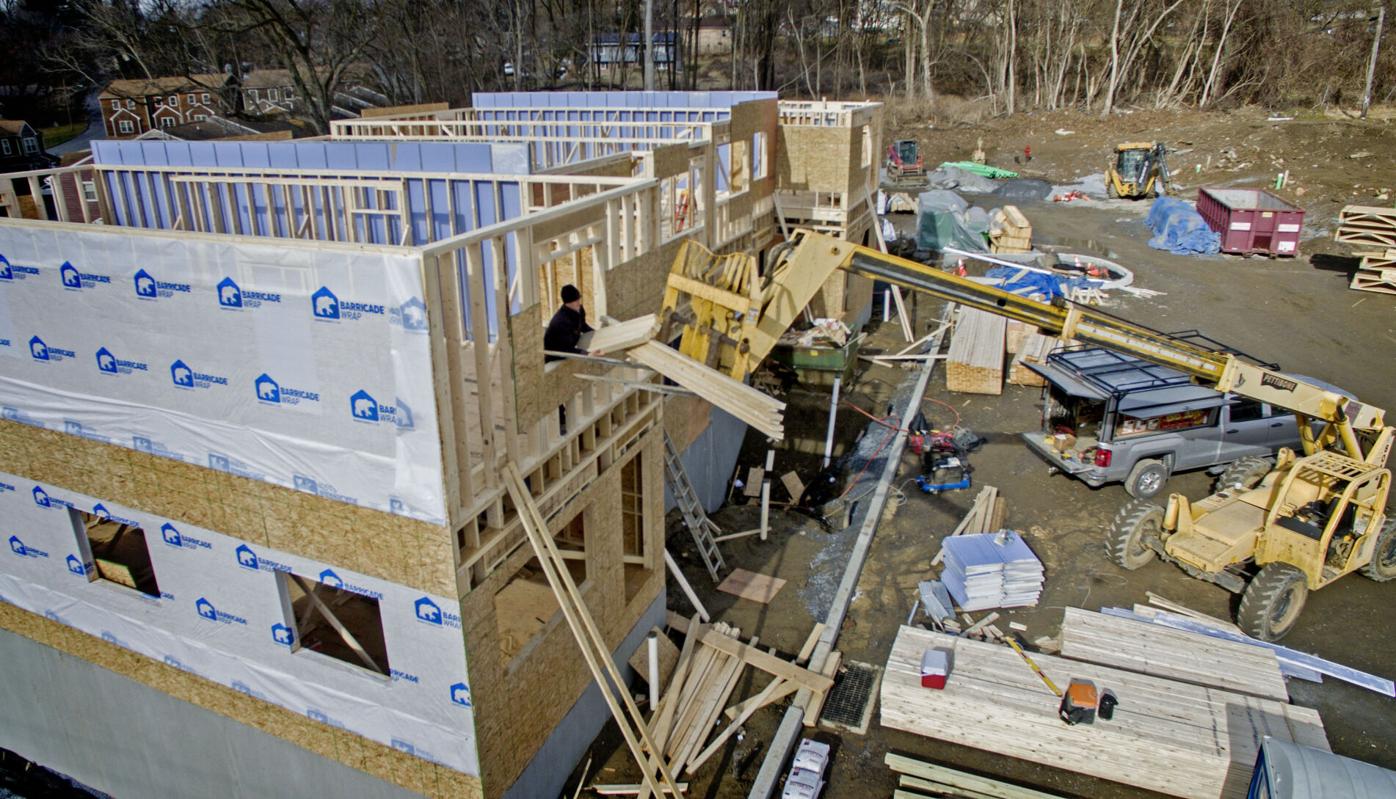 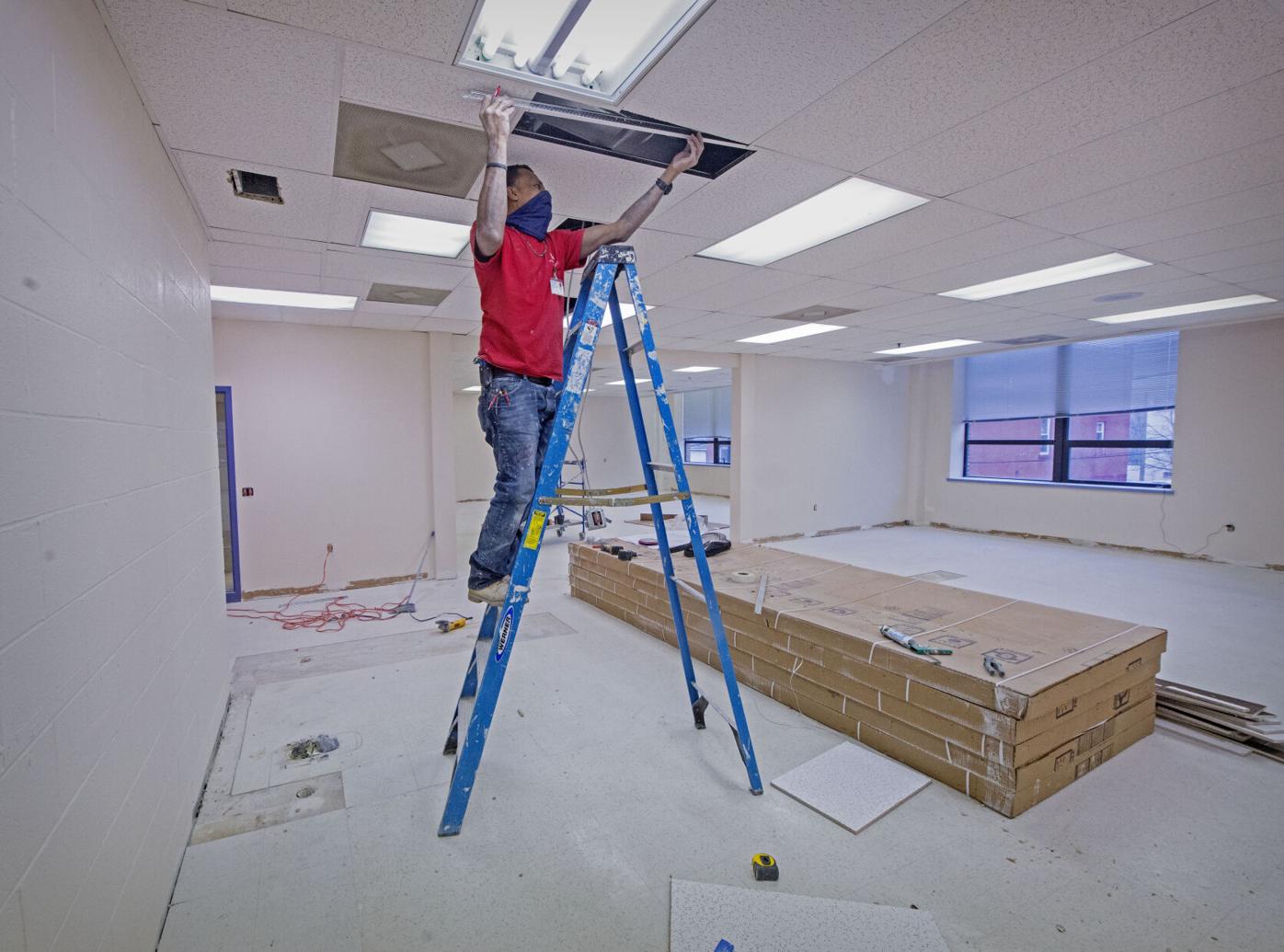 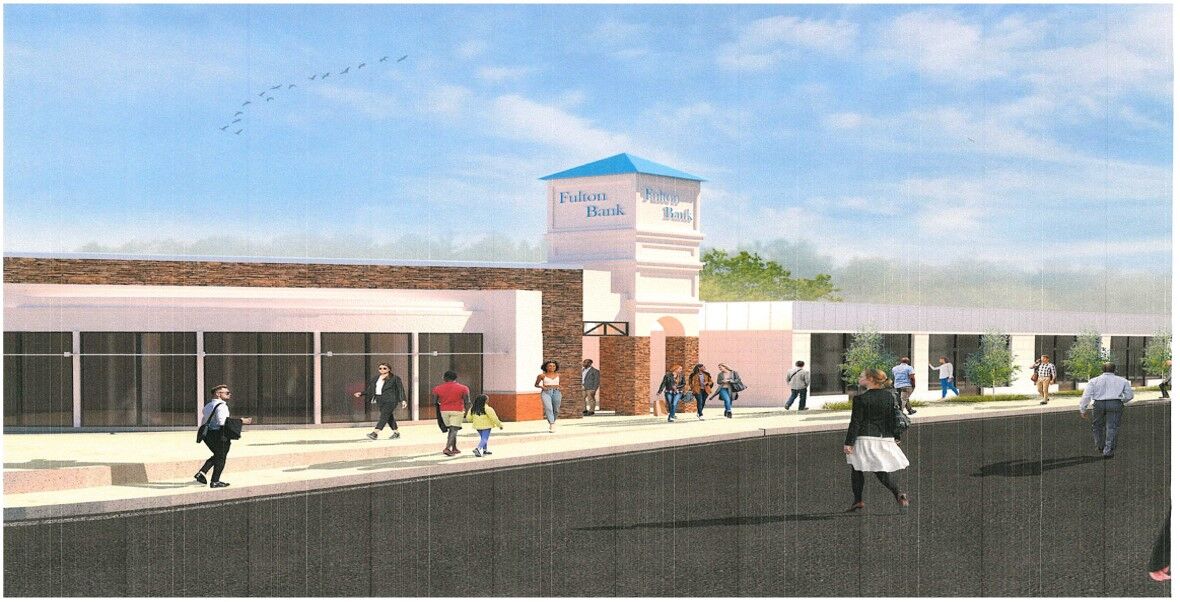 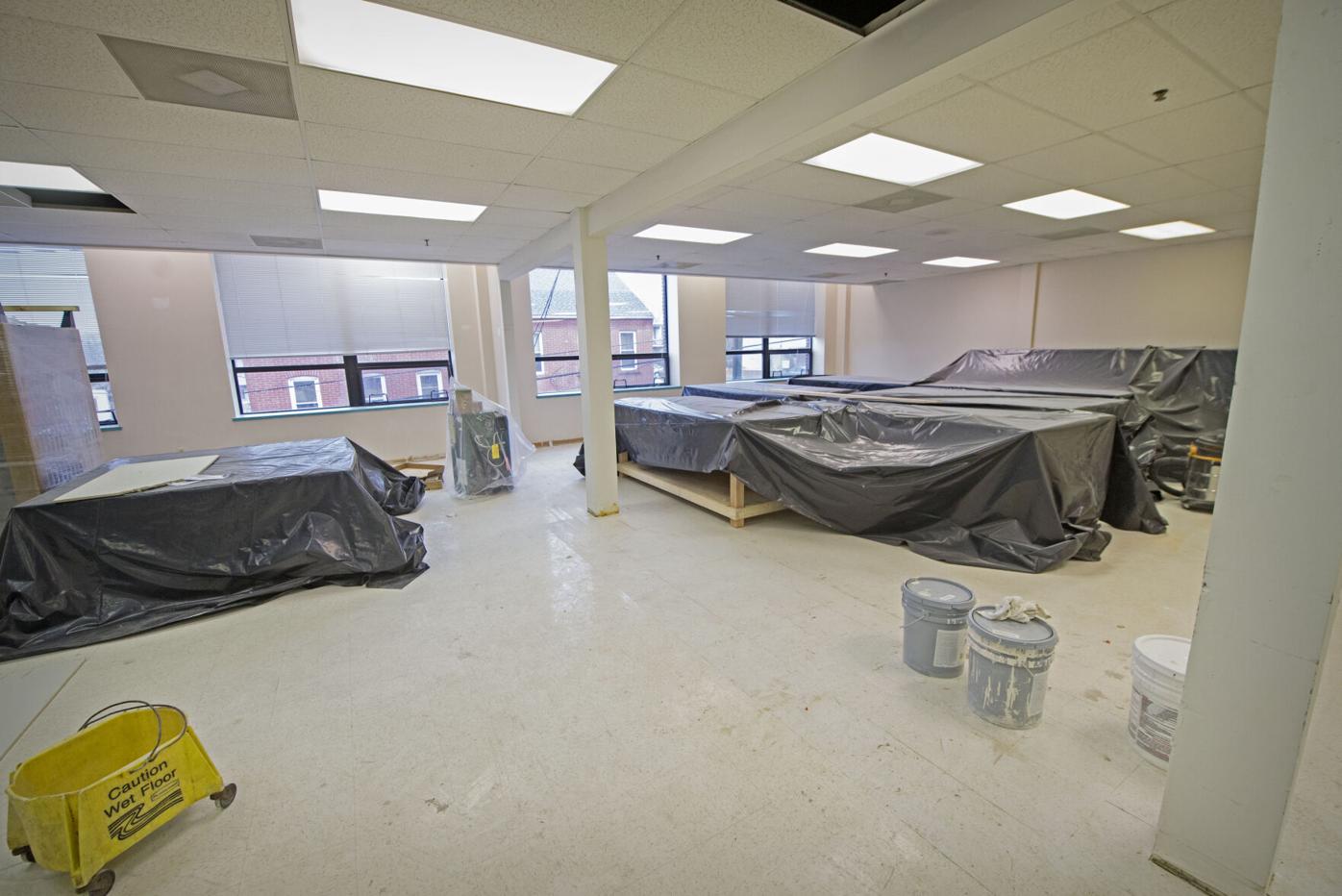 Five years ago, Aida Rodriguez did something she never thought she could do.

“I bought a house,” Rodriguez said.

A single mother of two, Rodriguez, 39, had just gone through a divorce and was renting an apartment where she paid more than her current mortgage payment.

“I never really thought I’d qualify to buy a new house because I thought new homes were out of my price range,” she said. “But I had a goal, and I went for it.”

An administrative assistant at Brightside Opportunities Center, Rodriguez lived with her mother for about six months to save money for a house. She attended a homebuyer education program, improved her credit score and called her real estate agent when she was ready to buy.

The last house she was shown was part of a SACA Development Corp. program that offered affordable housing through clusters of newly built town homes in Lancaster city’s southeast.

Affordable homes is just one of three areas of focus the organization is pursuing to improve the prospects of Lancaster residents. Job-training and business-development programs have made recent strides, adding to the community-building tools the organization has deployed during its 50-year history. Millions of dollars of investments have been made, much of it thanks to a growing collaboration with organizations across the city.

“I couldn’t tell you it was all thought out methodically,” Carlos Graupera said of how the organization has evolved. Graupera is CEO of Spanish American Civic Association (SACA) and SACA Development Corp. “We just solved one problem after another, and through it all the organization developed in a way that allowed us to meet particular needs as we saw them and had the ability to correct them.

“Along the way, we’ve learned, we’ve succeeded, failed, got up and tried again,” he said.

As Rodriguez enjoys her home, construction of nine housing units, including one that will be handicapped-accessible, is moving forward on another part of Chesapeake Street just west of South Duke Street in southeast Lancaster. It is part of a SACA residential project consisting of 18 three-bedroom, single-family town houses, tentatively priced from $164,500 to $169,500.

Families must make 80% or less of the median area income to qualify to purchase a home. The median household income for a family of four in Lancaster city is $79,500, according to the U.S. Department of Housing and Urban Development. Eighty percent of that is $63,600.

The first phase of the project, known as Conestoga North, cost $3.4 million and is expected to be completed by early June. The second phase cost $3.3 million and has an estimated completion date of May 2022.

“This area is becoming an interest for investors due to the development projects that have taken place in the last 15 years in terms of affordable new housing units that families can own,” Graupera said.

Construction projects, however, are extremely costly.

“It cost more to develop a property than the end value of it. But we try to figure out the best way to drag down the cost and make projects more feasible,” said Jose R. Lopez, president of SACA and SACA Development Corp.

“Our hope is that more residents are allowed more opportunities for home ownership and sustainable wages. It’s not something that is done with a snap of the fingers … but we got a good start on it,” Graupera said.

In December, SACA announced it was partnering with Thaddeus Stevens College of Technology to create a workforce development program that would help Lancaster County residents who lost jobs because of COVID-19.

“There was already a need for more programs, and we had planned to open TecCentro Southwest next year,” Lopez said, “but due to all that has happened during the COVID-19 pandemic, we decided to accelerate the project.”

TecCentro Southwest is a byproduct of TecCentro, Lancaster’s first and only bilingual vocational training center that SACA opened seven years ago at 102 Chester St. in Lancaster’s southeast.

Students at the new TecCentro at 57 Laurel St. will be trained in plumbing technology, electrical construction and maintenance, and HVAC maintenance/refrigeration by Thaddeus Stevens College faculty. Adult basic education and English as a Second Language courses will be offered as well.

Training for students will begin in March, and tuition will be set on a sliding scale based on students ability to pay.

The $6 million project is expected to be completed in 2022. TecCentro Southwest received $500,000 from the state in December, and it also received $300,000 in county CARES Act funding.

“This has been a terrific partnership,” said Timothy Bianchi, special assistant to the president at Thaddeus Stevens College of Technology.

“We did some market data and looked at the need for technical jobs that will provide a lifestyle where people can afford the basics of life but will also help them out of poverty and have better living conditions for their families,” he said. The data showed the median annual salary for electricians in Lancaster was $51,370 to $64,160. For plumbers it was $50,860 to $59,210. And for HVAC workers, the median annual salary was $45,970 to $55,670.

Bianchi added that TecCentro Southwest students who want to further their education will be able to transfer their credits to Thaddeus Stevens and pursue an associate’s degree.

SACA is planning another project on South Duke Street, not too far from the homes they are building along Chesapeake Street.

“Duke Street Plaza encompasses the Fulton Bank and Brother’s Market,” Lopez said. “We are buying those two buildings and will build a new structure for the bank and two additional professional office buildings, so this project is a continuation of Plaza Centro.”

The $5.1 million project is expected to begin in 2022. The Lancaster City Revitalization and Improvement Zone Authority in September approved a $955,000 grant for the business incubator plan.

SACA has established partnerships with nonprofits Assets and Score Lancaster-Lebanon to provide the training for people who want to set up a business there and a funding partner in Community First Fund, which provides financial access to people who are overlooked by mainstream financial providers.

“We want to provide neighborhood folks with a good, successful location that has visibility and ability to expand,” Lopez said.

SACA is seeking funds from the City Revitalization & Improvement Zone authority for the Duke Street Plaza project. Construction will not begin until 2022.

Graupera and Lopez have developed a civic infrastructure to empower the community to address the issues of poverty, unemployment, education and housing. SACA’s partnerships with Thaddeus Stevens and local nonprofits are examples of a community working together to help its residents.

“We no longer serve just the Latino community. Today we serve every marginalized or disadvantaged community in the county … We are more mature and more inclusive,” Graupera said. “I think our priority is to keep pushing forward, to make space for the new generation to move our mission, provide services for everyone and do things better.”

Aida Rodriguez is grateful SACA was able to help her purchase her Chesapeake Street home.

“Being able to buy a brand-new house in the city was a blessing, and I worked with some great people to buy it,” she said.

The Spanish American Civic Association and its affiliate, SACA Development, have hired Jose …

Carlos Graupera: Graupera, 69, is CEO of the Spanish American Civic Association and SACA Development Corp. He was born in Cuba and came to the United States with his family when he was 11. They came to Lancaster as refugees a few years later in 1965. Graupera studied at St. Joseph's College in Indiana and worked in community development until he began working at SACA in 1973.

Jose R. Lopez: Lopez, 54, was hired as president of SACA and SACA Development Corp. in 2020. He was born in Puerto Rico. The former bank executive and commercial real estate appraiser grew up in Lancaster city's southeast and is a 1989 graduate of West Chester University.

When Ada Rivera arrived in Lancaster city in 1985, she was just a child.

The Spanish American Civic Association’s development arm has won another state grant, this one for $250,000, to help finance the second phase …