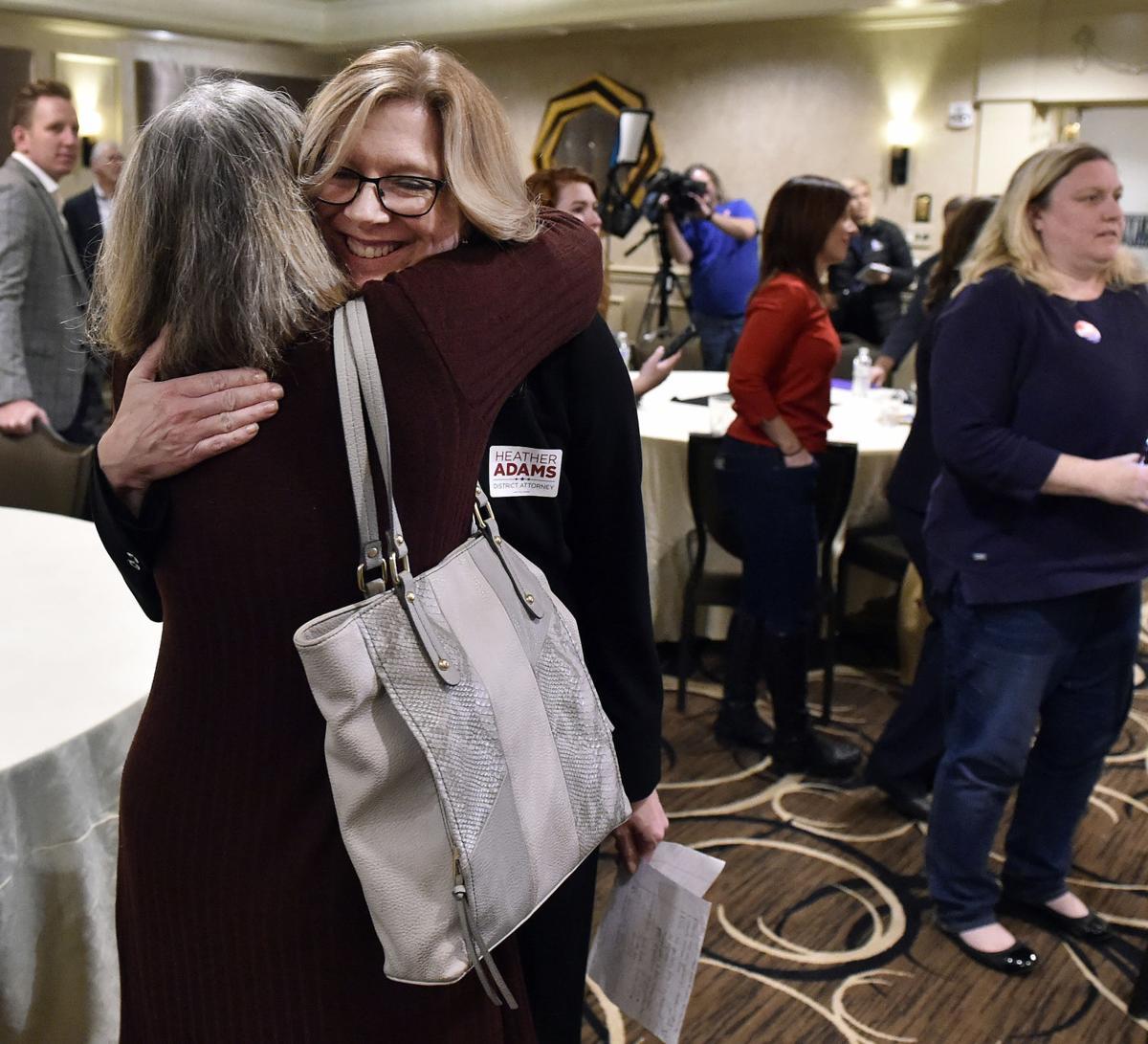 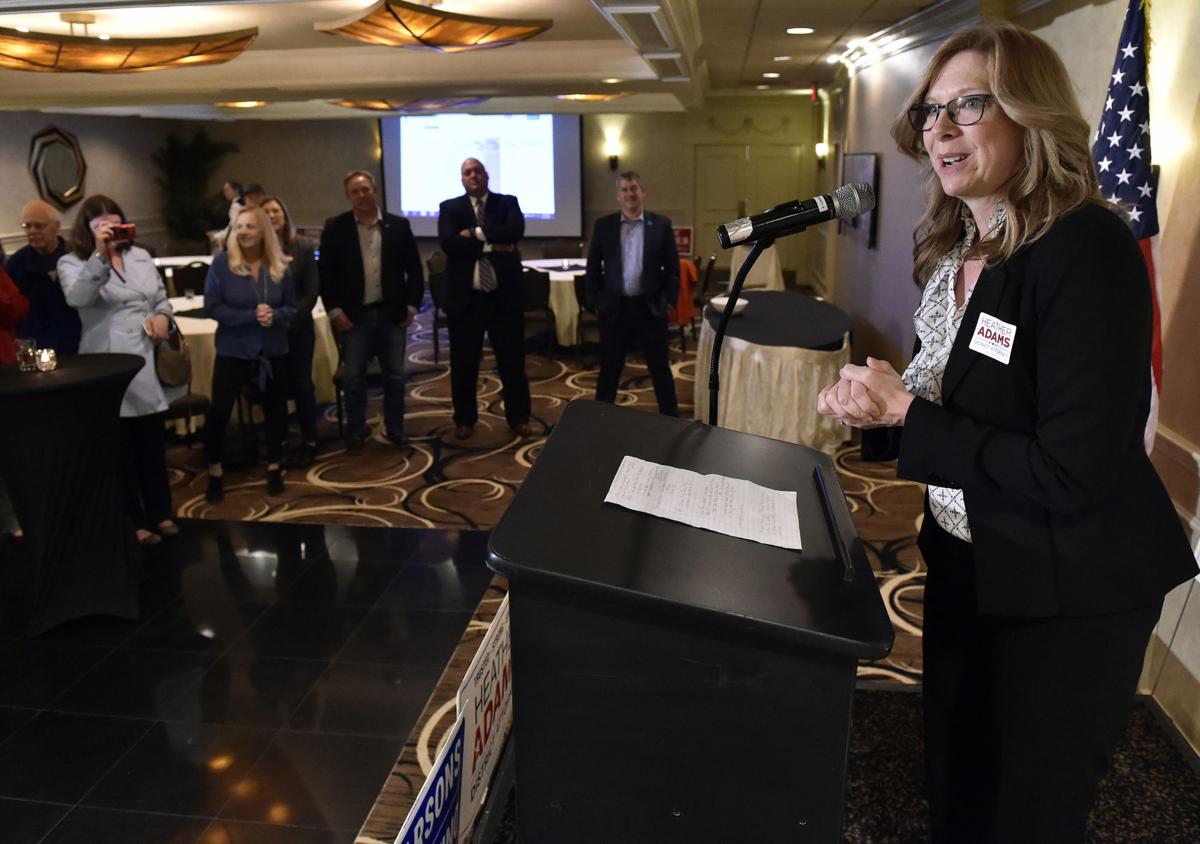 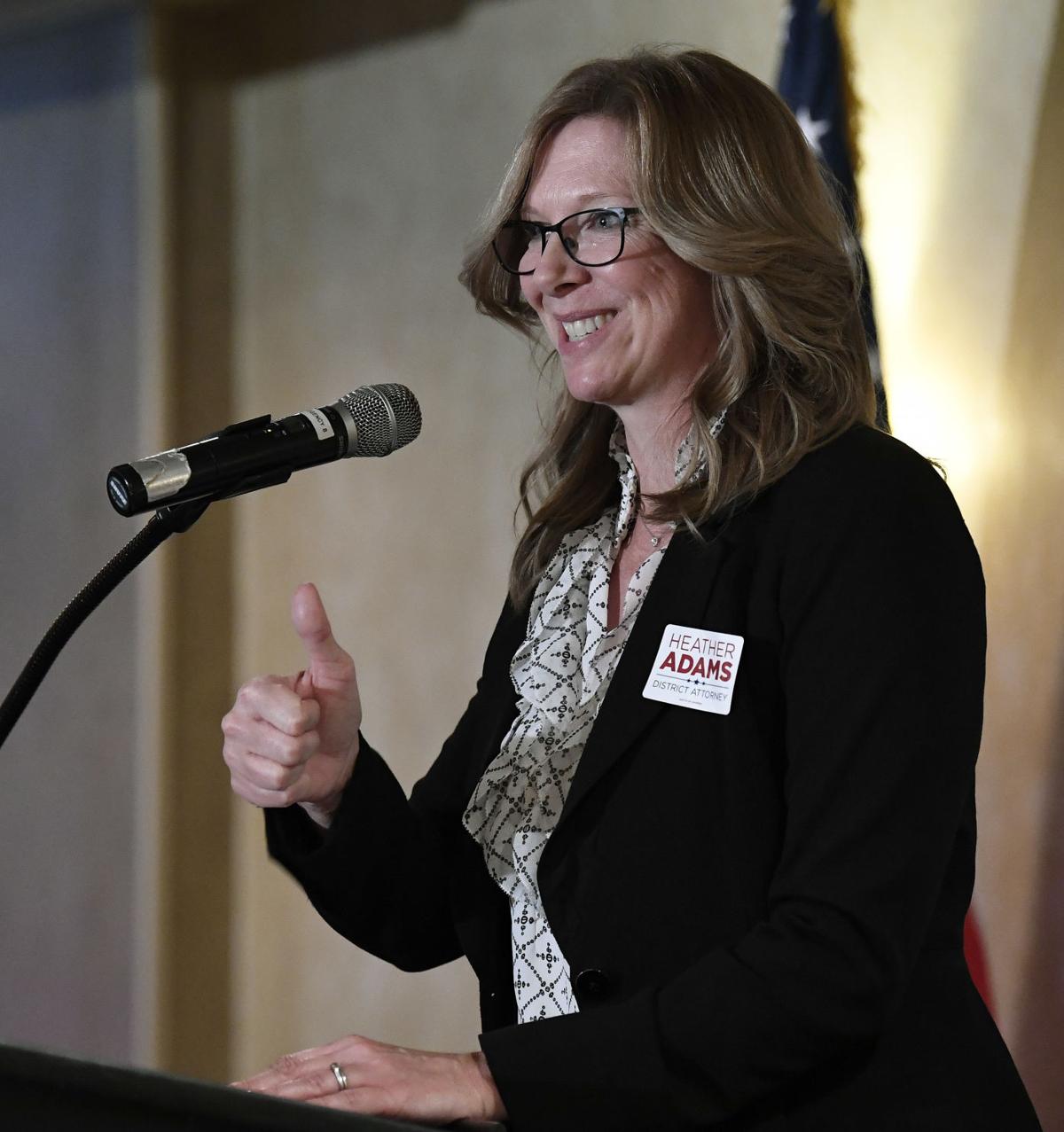 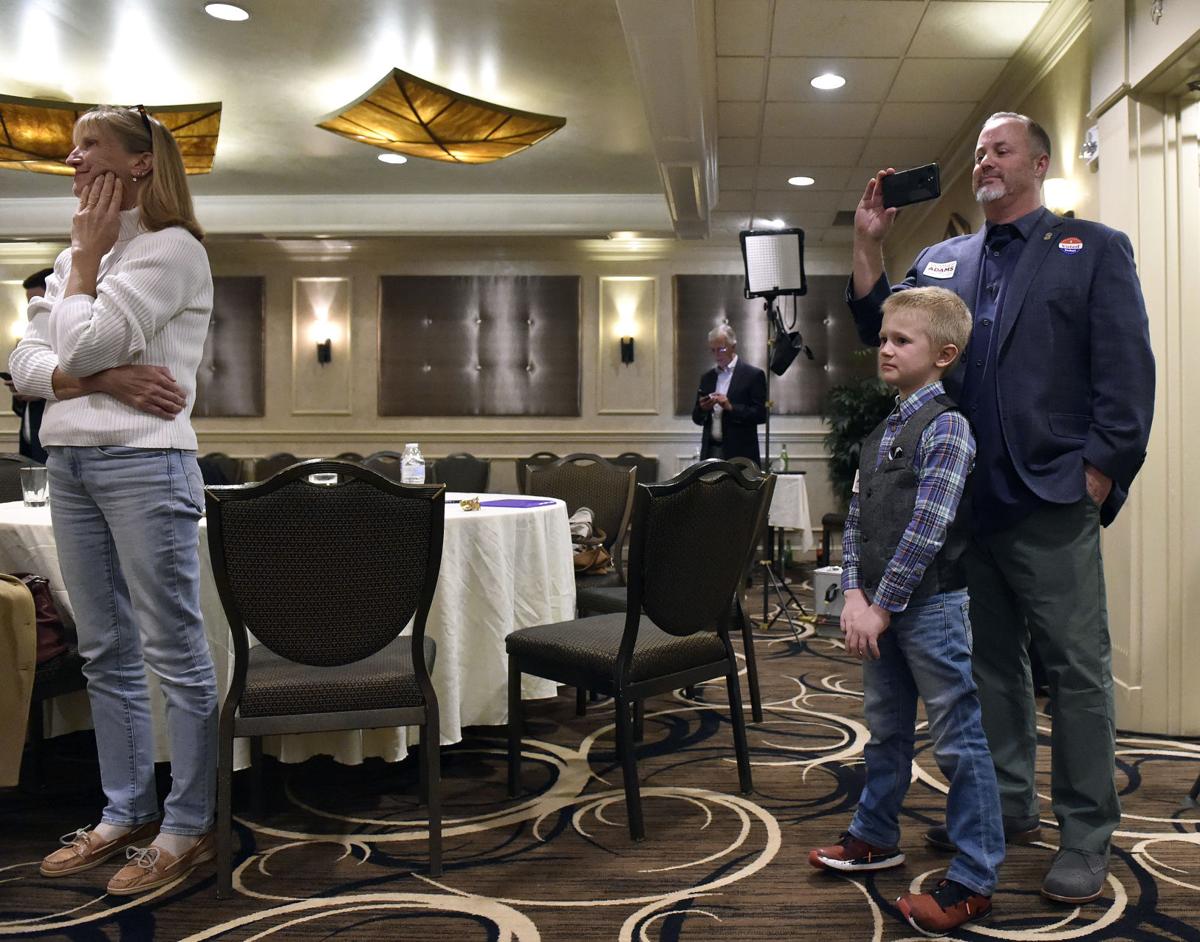 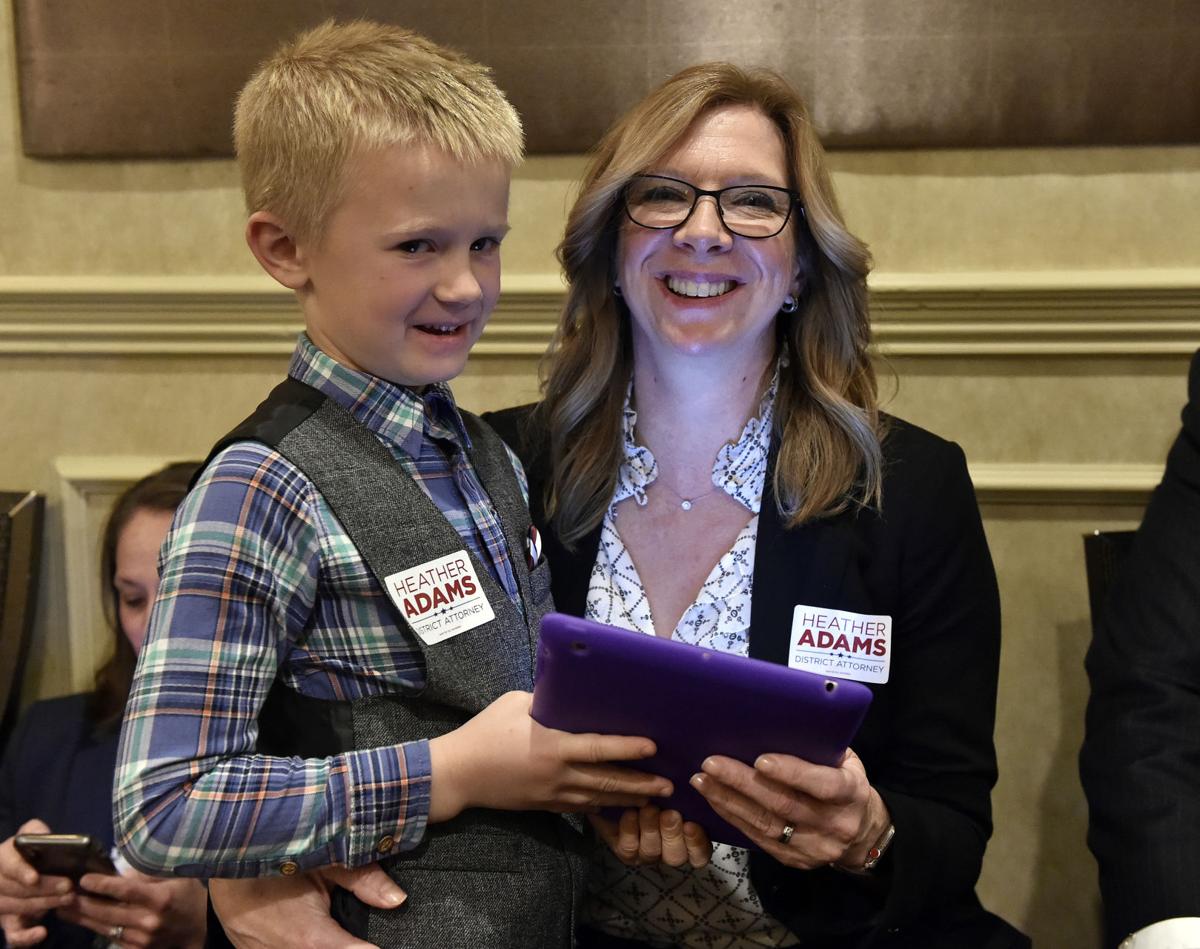 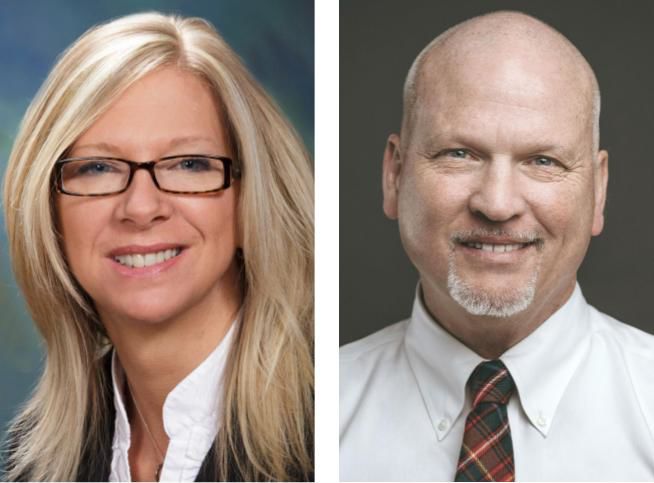 Lancaster County voters stuck with tradition on Tuesday by electing a Republican with a strong background in prosecuting criminals to serve as their next district attorney.

But they also made history.

(Click here to get election results for Lancaster County.)

Heather Adams will become the first woman to serve as the county’s top law enforcement official and one of about a dozen or so female district attorneys across Pennsylvania’s 67 counties elected in recent years.

Her election is also remarkable because she did not take the traditional path of rising through the ranks of the district attorney’s office to attain its highest post. She is the first person elected from outside the office in eight decades.

"Thank you to Lancaster County; thank you so much for placing your trust in me to be the next district attorney of Lancaster County," Adams said at a victory party in Manheim Township.

In electing Adams by an decisive margin (Adams won 52,408 votes, while Crystle won 34,637) county voters rejected a Democratic challenger in the mold of Philadelphia District Attorney Larry Krasner, a reform-minded prosecutor who has drawn national attention for encouraging shorter sentences in plea deals to reduce the prison population.

“While I’m disappointed at the loss, we have built an incredible movement in Lancaster to push for common sense reforms to our justice system, including ending cash bail and treating addiction and mental illnesses like public health issues,” Crystle said in a news release.

"For my 30+ year career, I’ve been fighting for the little guy on a case-by-case basis, but I’m tired of putting band-aids on a broken system. Together with hundreds of volunteers, we campaigned for reforms that will save us money, keep us safer, and guarantee that Lancaster becomes and remains healthy.

"This means prioritizing treatment over punishment so that jail is used as a last resort. I’m proud of the movement that we built here in Lancaster and for the sweeping movement happening nationally to right the wrongs of an unnecessarily punitive justice system that has failed us for decades. I look forward to working with Heather and her administration to implement solutions that will work for our friends and neighbors so that all of us, regardless of our income or ZIP code, receive equal justice under the law. We will continue the fight to see that our justice system uses our taxpayer dollars to keep us safe and healthy.”

Adams, 47, of Lititz, campaigned on bringing a fresh perspective to an office that has come under fire from the county commissioners over the past year. She also pledged to set up a more formal training process for prosecutors, launch a school safety program and find a stable source of funding for the drug task force.

Adams will inherit some pressing issues her first day in office.

First is the question of how to fund the county's drug task force, which the county commissioners said last week was a conversation they preferred to have with the next prosecutor rather than outgoing District Attorney Craig Stedman.

Adams will also be down several staff members, including several assistant district attorneys. At last week’s budget meeting with the commissioners, Stedman said five employees had submitted their resignations effective by the end of the year.

“Between now and (January) that’s going to be my concentration,” she said. “I know that there are going to be people leaving but I feel pretty confident that I can fill those positions with solid prosecutors.”

In thanking her supporters, including her parents, husband and son, Adams said she considers herself "so blessed to officially be a part of this great team of Lancaster County government."

Election Day 2019 in Lancaster County: did we spot you at the polls? [photos]

Here's where you can get 2019 Lancaster County election results

Republican Craig Stedman easily won the election for county judge on Tuesday, overcoming questions about his management of the district attorn…

Here are the outcomes of key races in Lancaster County, Pennsylvania and more [full election coverage]

Heather Adams, Lancaster County's district attorney-elect and the first woman in the county's history to hold the role, will take office on Jan.6.