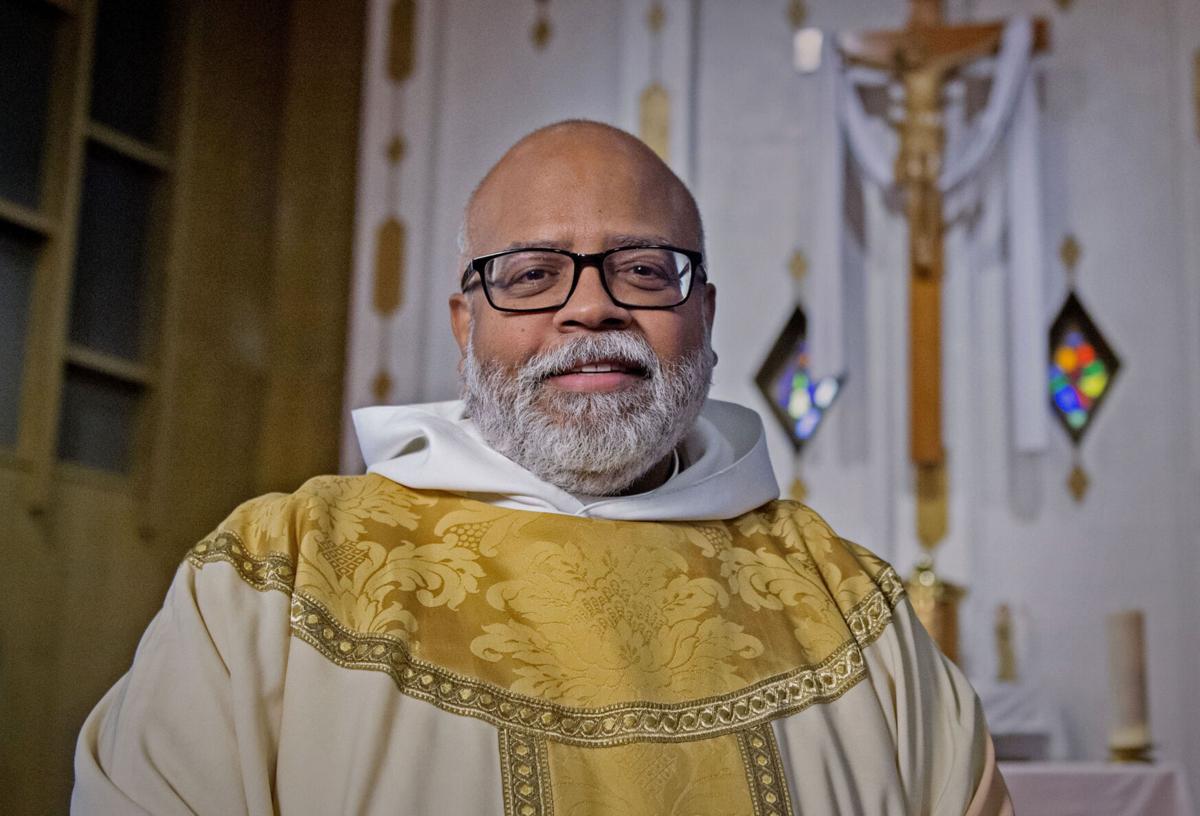 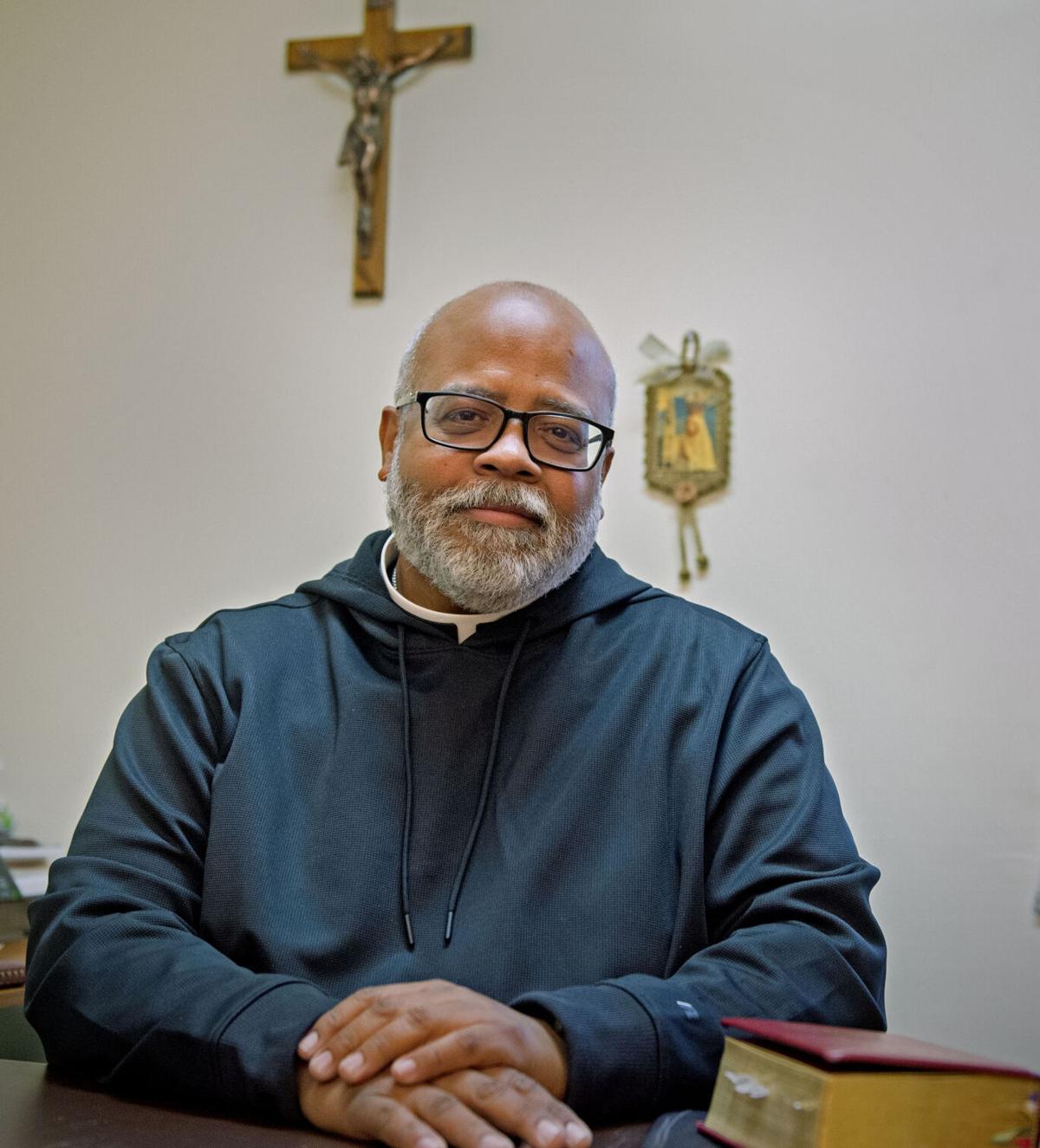 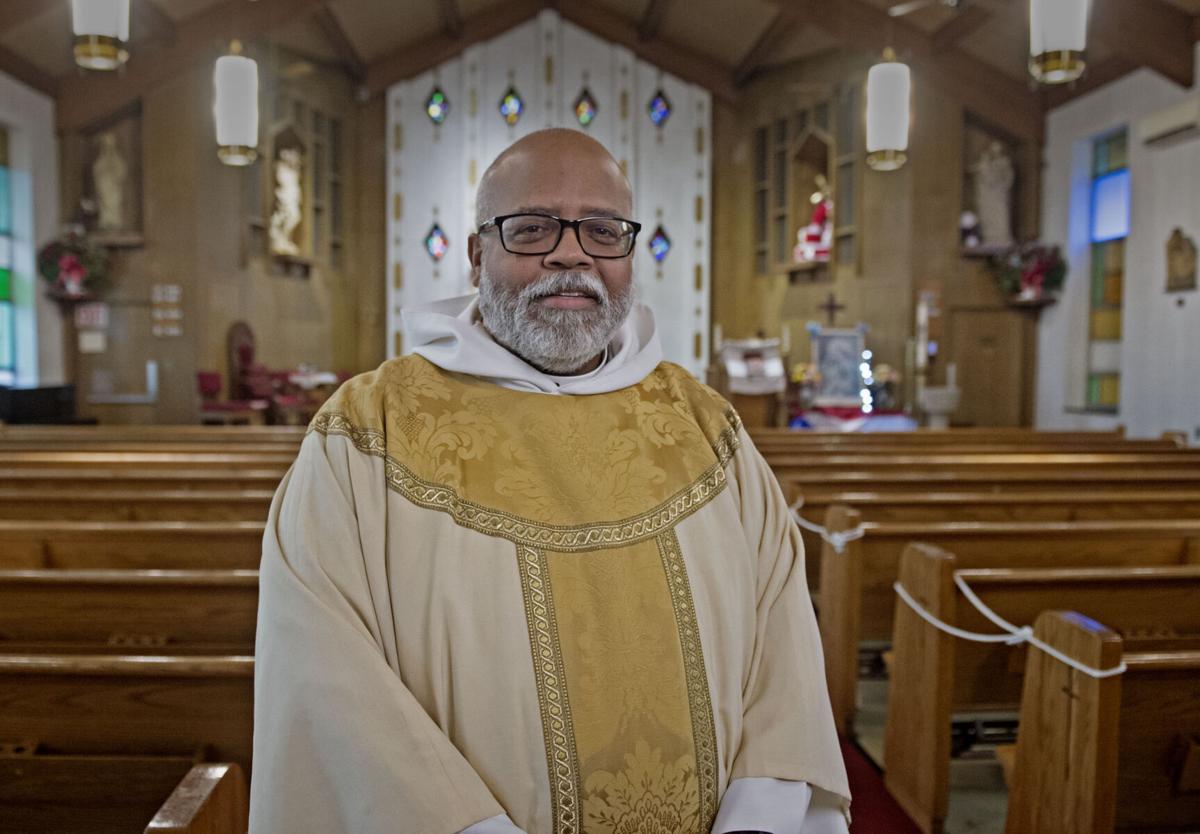 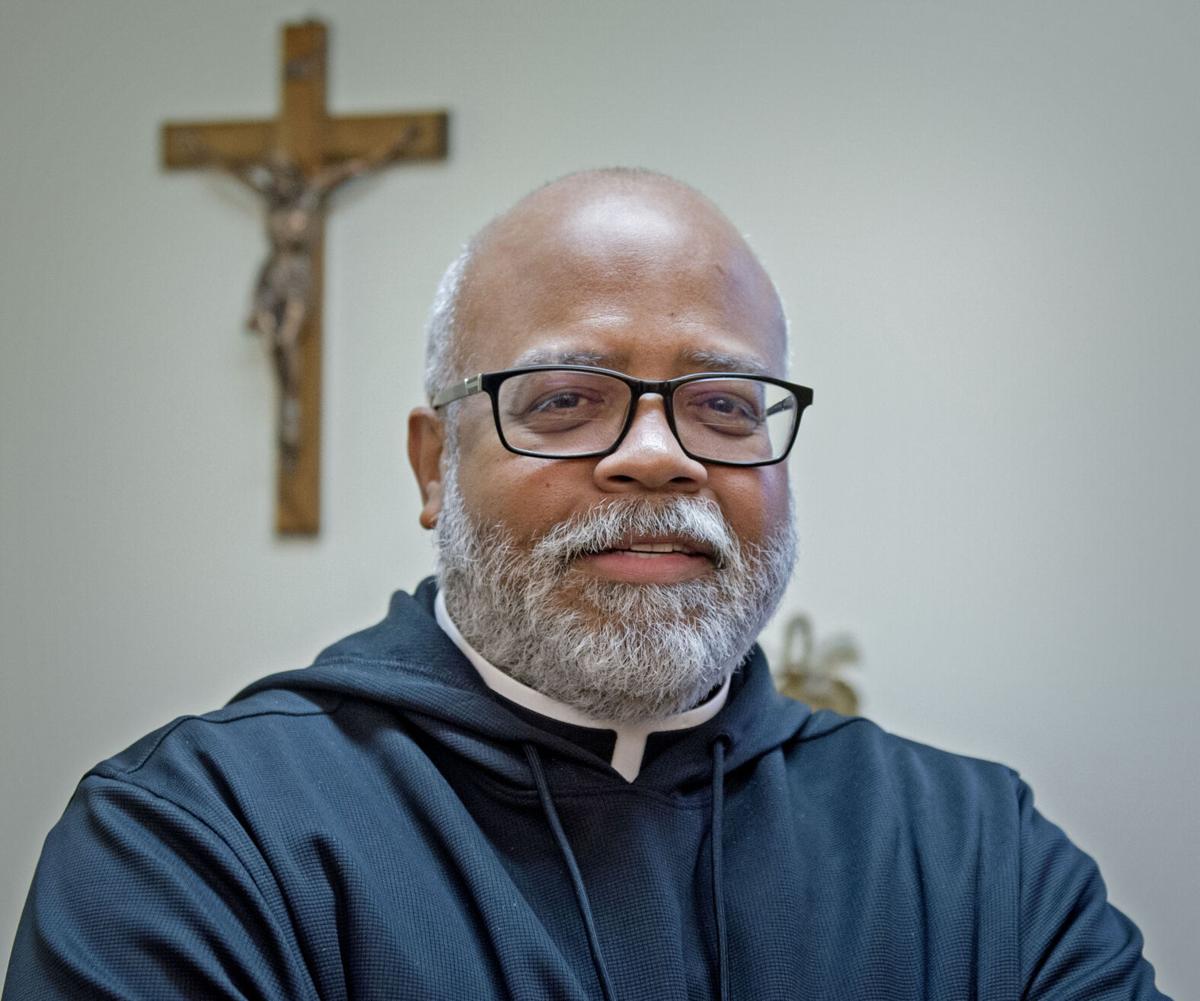 As a teenager growing up in Brooklyn, the Rev. Luis R. Rodriguez exhibited the kind of behavior that was at odds with the faith he practices today.

“I wasn’t raised in the church and my family did not practice the faith,” Rodriguez said. “So during my adolescence, I fell off the rails a bit in high school.”

Rodriguez never wanted to be a priest. As a child, he wanted to be a journalist. However, religion and faith would become a central part of his identity.

On Oct. 25, Rodriguez, 54, became pastor at San Juan Bautista Catholic Church in Lancaster city. He replaced the Rev. Allan Wolfe, who had been at San Juan for nearly 25 years.

The changes were part of several clergy assignments announced by the Diocese of Harrisburg.

In the end, Rodriguez and Wolfe, 55, swapped churches, with Wolfe being assigned to Corpus Christi Parish in Chambersburg, where Rodriguez had served.

One of the most challenging parts of being a priest, Rodriguez said, is falling in love with a community and then having to leave them when he is asked to move.

“I find every move hard, but some are harder than others,” Rodriguez said. “This one is bittersweet because I’m coming home, but I was so involved with the other community.”

‘A homecoming of sorts’

When Rodriguez came to Lancaster from Puerto Rico in 1987, San Juan Bautista became his home parish.

“That was even before I went to seminary, so this is a homecoming of sorts,” he said.

At San Juan Bautista, he hopes to be a consensus builder.

“I want to facilitate people’s gifts and talents, and make the church a center of Christianity in this part of town. I want us to change lives, be a catalyst of unity and building bridges and continue to be a vibrant part of the city and the county. There’s only one savior. … I’m just a facilitator of the action of the Holy Spirit in this community,” Rodriguez said.

Meanwhile, he ponders what implications the COVID-19 pandemic could have on the church ministries.

“Finances are always a major concern,” he said. “The church has had a significant drop in its finances. People have been very generous, but keeping up with the everyday operation has been a challenge.”

The annual San Juan Bautista Hispanic Festival — the church’s biggest fundraising event — took a significantly different format this year due to the pandemic, offering food on a takeout basis and virtual entertainment. It usually provides an average of $50,000 to $70,000 in net revenue to fund programs and services to the community. This year, the festival generated $63,853 in revenue.

‘God has blessed me abundantly’

As he looks at his journey to the priesthood, Rodriguez marvels at its twists and turns, the experiences and lessons learned.

“God has blessed me abundantly,” he said.

That statement can undoubtedly be applied to the entirety of his priesthood.

It all began when four of his closest high school friends died in a tragic vehicle accident.

“That made me question my purpose in life, where I was going and the meaning of life in general,” Rodriguez said. “I went to a religious retreat for teenagers, where they spoke beautifully about the love of Jesus Christ.”

He describes the experience as divine intervention.

“I would walk a few miles to my church to take religion instruction with Benedictine monks and do weekend stays with them at the monastery. One evening during Mass, I had just received communion when I heard a sweet voice telling me ‘You can do that. Won’t you do that for me?’ I knew it was Jesus calling me to be a priest,” he said.

He was 18. From that point, he did everything he could to align his steps towards the fulfillment of his calling.

“I was too young to enter the monastery so they told me to study philosophy and theology at the Pontifical University and ask God what to do. I guess I didn’t have enough life experiences, but in my second year I applied to the seminary and they took me in,” Rodriguez said.

He went on to attend the former Vincentian Seminary of Mary Immaculate in Northampton, he received a master of divinity from St. Charles Borromeo Theological Seminary in Philadelphia and was ordained a priest of the Diocese of Harrisburg in 1993 by Bishop Nicholas C. Dattilo.

‘A grace and a challenge’

Rodriguez has taught in both elementary and high schools and served as a police chaplain for over a decade in various places.

His knowledge and ability to teach and to preach about faith led him to collaborate with Eternal World Television Network, which presents around-the-clock Catholic-themed programming, as the responder for all of the Q&A’s of the programming on the channel.

He loves mission work and has taken a few trips to Honduras to provide medical mission experience to doctors and nurses interested in serving in poor regions of the country.

Rodriguez has also led numerous pilgrimages to Israel, celebrated Mass inside the Edicule, a shrine that holds the tomb of Jesus. In 2018, he was knighted with the Knight of Holy Sepulcher, a Catholic order of knighthood under the protection of the pope.

His greatest joy, Rodriguez said, comes from just being present in someone’s life when they need help the most. “And I hope I’m a marker along their way to know Jesus and be saved. It’s a grace and a challenge. It’s a blessing and there’s nothing like it.”

Ismael Melendez sympathizes with those who have lost a loved one to COVID-19.