Six months later, Justo Smoker, 34, was charged with homicide related to her disappearance, though there was no word of where Stoltzfoos was.

On April 21, investigators found Stoltzfoos’s body near Dutchland Inc., an engineering and manufacturing company in Gap where Smoker worked.

The District Attorney is still investigating, and a coroner report has yet to confirm cause of death.

Here’s a full timeline of events related to the disappearance of Linda Stoltzfoos.

Monday, June 22: Hundreds of volunteers showed up around the area at 8:30 a.m. to search for Stoltzfoos, according to a Facebook page that detailed the search efforts. Volunteers checked through streams and fields. At 7:45 p.m., people hosted a vigil for her along North Ronks Road.

Wednesday, June 24: The FBI joined East Lampeter Township police in the search for Stoltzfoos. East Lampeter public information officer Lt. Matthew Hess made a public statement, pleading for Linda to confirm she was OK should she have left on her own accord. Crews continued to search in Upper Leacock Township.

Thursday and Friday, June 26 to 27: Police investigators started diverting their attention more toward the hundreds of tips that had come in about Linda Stoltzfoos. "There's only so many times you can search the same area over again," Lt. Hess said.

Sunday, June 28: Stoltzfoos' family made a statement about the amount of people posting on their Facebook page about Linda's disappearance. They said they would continue to remove disrespectful comments  that are "inconsiderate, or... spreading false information." The family then said "Now that the primary and secondary search of the local area have been completed the primary way you can help Linda right now is through prayer."

Monday, June 29: The East Lampeter Township Police Department said they want to talk to anyone -- walkers, bicyclists and motorists -- who were on Mill Creek School, Stumptown, Gibbons, Beechdale or Millcreek roads between 8 a.m. and 4 p.m. Sunday, June 21.

Wednesday, July 1: West Lampeter Police said that the Amish community would be searching Mill Creek from Strasburg Pike to Buchmiller Park for evidence.

Thursday, July 2: Billboards and posters about Stoltzfoos were plastered on Route 30, as well as in York County.

Monday, July 6: The search for Stoltzfoos entered its third week.

Friday, July 10: The FBI offered a reward of up to $10,000 for information about Stoltzfoos. The reward was for information leading to Stoltzfoos' recovery and the identification, arrest and conviction of the subject or subjects repsonsible, police said. Missing person signs have been posted throughout Lancaster, York and Delaware counties, as well as billboards.

Saturday, July 11: The Lancaster County District Attorney's office announced that a man, Justo Smoker of Paradise Twp., has been charged in the disappearance of Linda Stoltzfoos. The DA's office said they have reason to believe Stoltzfoos was harmed following her abduction. Smoker became a person of interest after multiple witnesses had seen a red or orange vehicle with an Amish woman in the passenger seat. 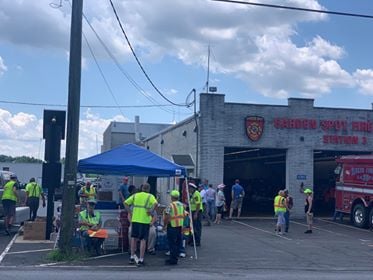 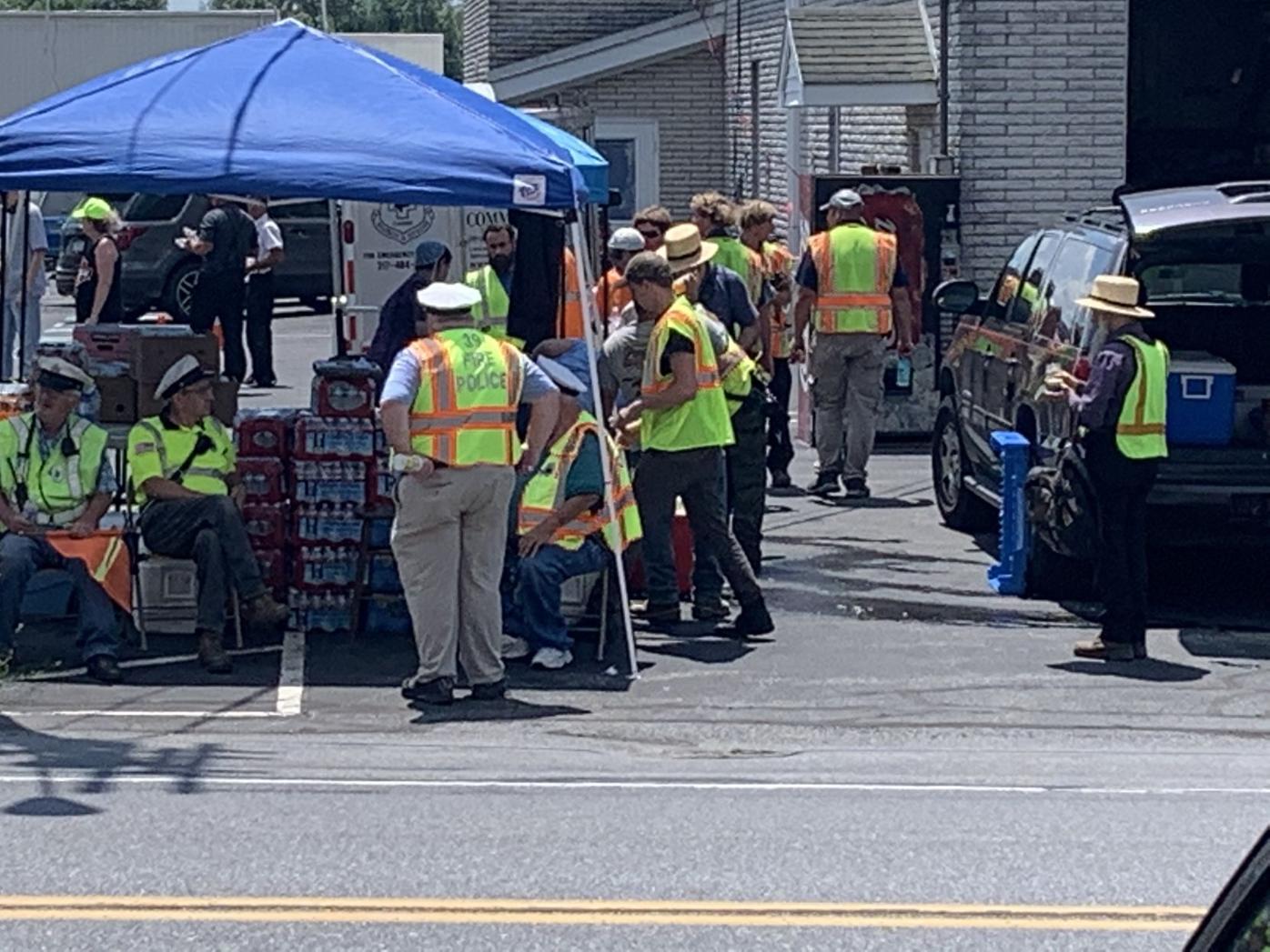 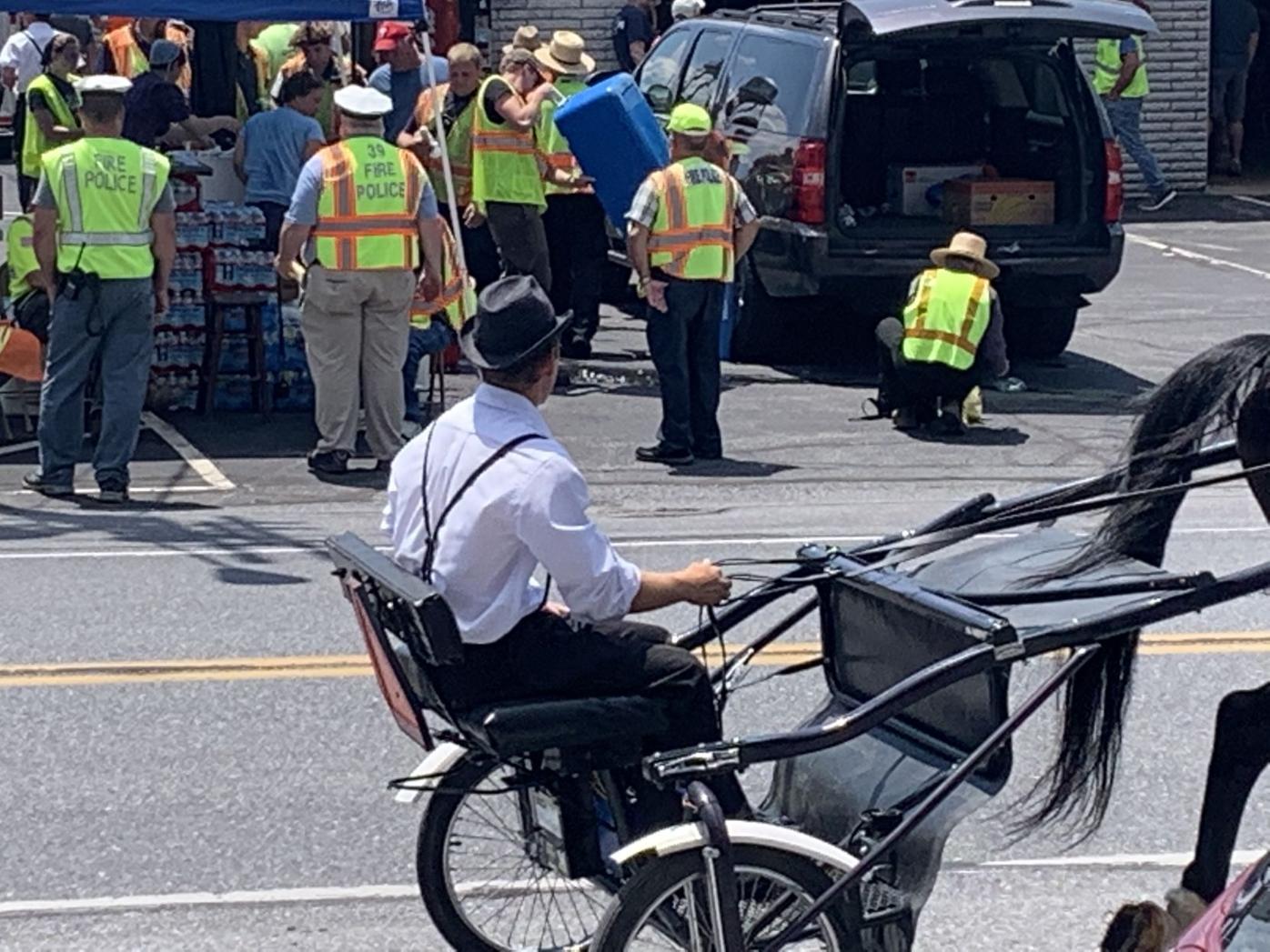 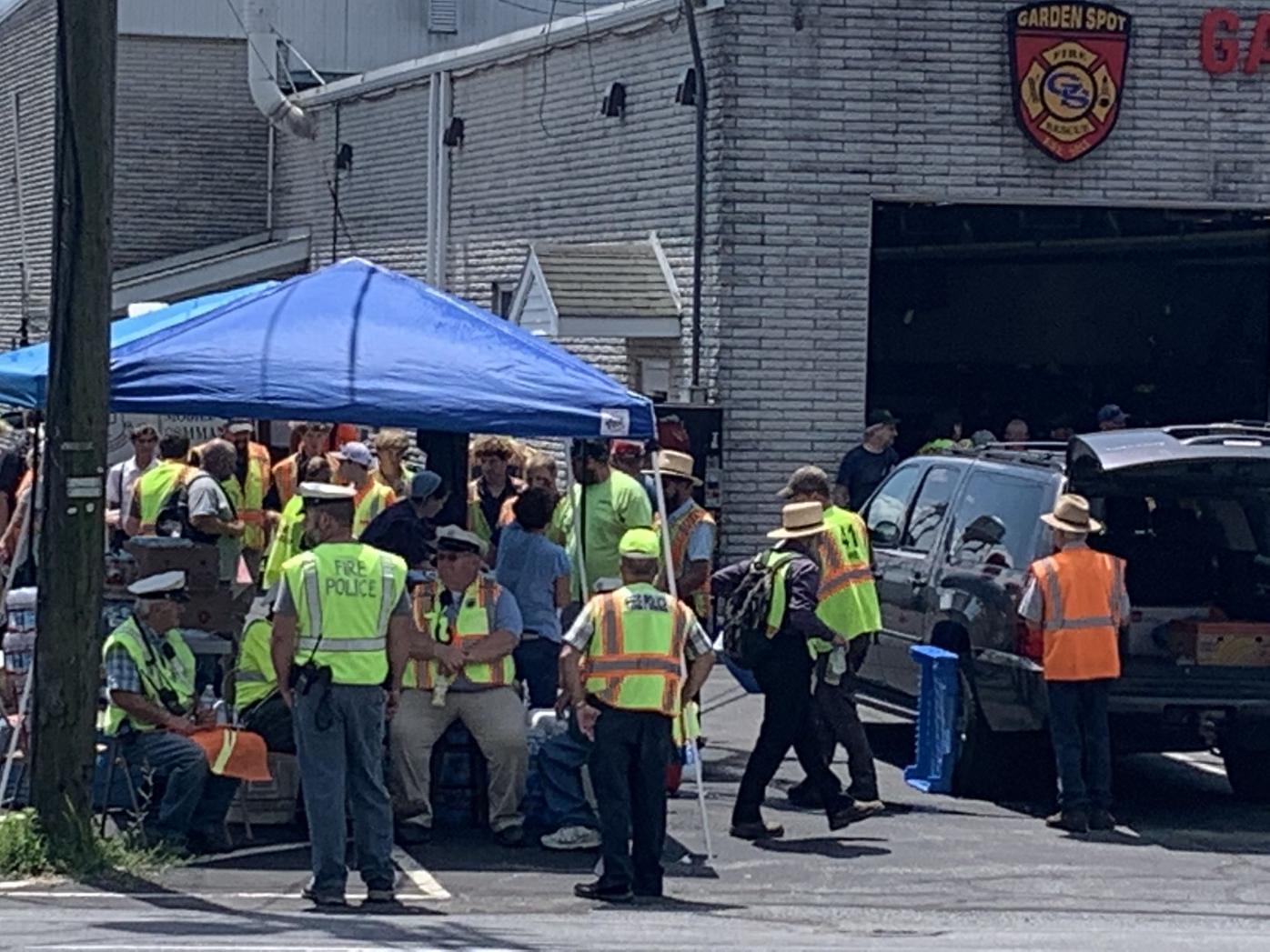 Monday, July 13: Community volunteer searches for Stoltzfoos are halting. All investigations will now be done by law enforcement and formal investigators.

Wednesday, July 15: Abby King, a reporter with LNP | LancasterOnline confirmed that Stoltzfoos was distantly related to the man charged with kidnapping her. They are third cousins.

Thursday, July 16: The Lancaster County District Attorney's Office hosted a press conference with several entities involved in the search for Stoltzfoos. Police asked the public to give more tips and information. Investigators also put up photos of Smoker's car and asked anyone who has seen the car to call the police.

Friday, July 17: Crews continued to search for Stoltzfoos on Airport Road in East Earl Township, 11 miles northeast of the place where Stoltzfoos was believed to have been abducted.

Tuesday, July 21: It has been one month, to the day, since Linda Stoltzfoos went missing. The DA's office has not released any new information pertaining to Stoltzfoos' disappearance, and she has still not yet been found.

Thursday, July 23: Ruth Fisher, mother of Evelyn Fisher whose disappearance shook Lancaster County, said she visited Stoltzfoos' family earlier that week. Fisher, now 85, says she told them "some of the things that we went through. And told them we're praying for them."

Saturday, July 25: The search continued for Stoltzfoos near Wallace Road in East Earl Township. Additional information was not made available.

Tuesday, July 28: It was announced that there would be a "prayer ride" for Stoltzfoos as an act of solidarity with the Stoltzfoos family and surrounding community. The ride will be held Aug. 8.

Wednesday, Aug. 5: Smoker appeared in front of a district court judge for a preliminary hearing that lasted two-and-a-half hours. New evidence presented was a red zip tie found near the site where Stoltzfoos' bra and stockings were buried. His arraignment is scheduled for Aug. 28.

Thursday, Sept. 17: A search warrant revealed that Smoker had repeatedly texted his brother after Stoltzfoos' disappearance.

Monday, Dec. 21: DA Adams has charged Smoker with homicide, though Stoltzfoos has not yet been found.

Friday, March 5, 2021: Justo Smoker's preliminary hearing will be held today to determine whether the case will go to trial.

Thursday, March 25, 2021: Lancaster County District Attorney's office asks for more time to investigate if there are legal reasons that would allow it to seek the death penalty against Justo Smoker.

Wednesday, April 21, 2021: Human remains were discovered during the search of Linda Stoltzfoos by a team consisting of the FBI, East Lampeter Township police and Pennsylvania State Police. The remains had not been identified.

Thursday, April 22, 2021: Lancaster County District Attorney Heather Adams confirmed that the remains are that of Stoltzfoos. Adams said in a press conference that her team believes Stoltzfoos was first buried in a shallow grave, where her bra and stockings were found, then taken to the second location, near Smoker's former place of employment in Gap.

Friday, April 23, 2021: Lancaster County coroner Dr. Stephen Diamantoni said that Linda Stoltzfoos died from strangulation, and that she had also been stabbed in the neck, according to her autopsy report. Diamantoni officially confirmed that the body was Stoltzfoos via dental records.

This timeline will be updated with more information as it becomes available.

Suspicious 'TNT' box in Lancaster city did not contain explosives

A suspicious box labeled 'TNT' found in the middle of the street in Lancaster city Sunday afternoon did not contain any explosives, police said.

On Sunday, June 21, 18-year-old Linda Stoltzfoos never returned to her Upper Leacock Township home after church. She was last seen on Stumptow…

National Night Out: When will events be held in Lancaster County?

This year's events for National Night Out will take place a little later this year, if at all, thanks to the ongoing pandemic.

"We all know why we're here," Wayne King said through a blowhorn while standing in front of a massive crowd of people on Saturday afternoon. "…

Investigators will search the Welsh Mountain area Saturday for Linda Stoltzfoos, the 18-year-old Amish woman who has been missing since June 21.

No body, no crime.

Hundreds of volunteers, many of them young Amish males — some armed with machetes to cut through summer's thick brush — meticulously searched …

A season and a month has passed since Linda Stoltzfoos disappeared — kidnapped, according to authorities — while walking from church to her pa…

A court conference that had been scheduled for Thursday for Justo Smoker, the man charged with kidnapping missing Amish woman Linda Stoltzfoos…

Saturday marks five months since Linda Stoltzfoos disappeared -- kidnapped, according to authorities, while walking home from church on June 21.

DA's office investigating if it will seek death for man charged in kidnapping, death of missing Amish teen Linda Stoltzfoos

Linda Stoltzfoos, the Lancaster County teen who disappeared 10 months ago and was the subject of a search that captivated the hearts and atten…

Ten months to the day after Amish teenager Linda Stoltzfoos disappeared on the way home from church, officials in Lancaster County found her r…

Relief, albeit bittersweet and mixed with disappointment.