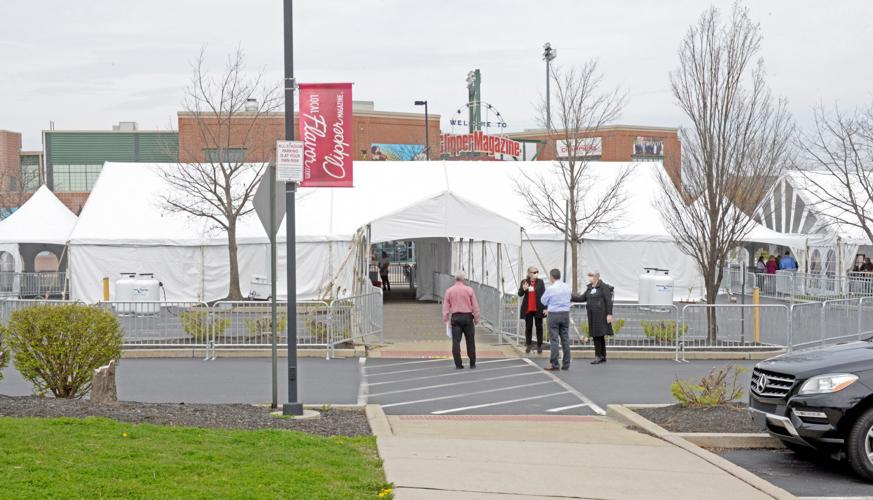 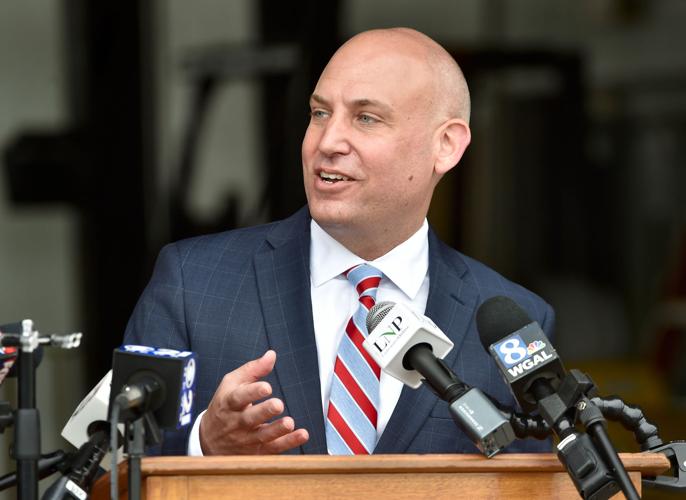 Lancaster County on Friday launched a monumental, $42 million public health initiative to test as many as 830 people a day for COVID-19 and to alert those who were in close contact with people who test positive.

The work, which runs through December, could create over 100 temporary jobs.

Experts view the effort, paid in part by $24.7 million in federal coronavirus aid funding, as the best way to contain the highly contagious virus, which has been found in over 2,700 people here and has been responsible for at least 277 deaths since March, mostly in the elderly.

Prior to the countywide effort, contact tracing was happening only in Lancaster city and for Lancaster Health Center patients.

In the first two months of the pandemic, nearly 15,000 people with symptoms were tested in Lancaster County at a rate of about 250 people a day. About 15.8% have tested positive. The new initiative could perform from 550 to 830 tests a day if needed, said Dr. Michael Ripchinski, chief clinical officer at Penn Medicine Lancaster General Health.

There’s no way to predict how many people will end up getting tested, Ripchinski said. It will depend on how strictly Lancaster County adheres to mitigation practices, such as social distancing and wearing masks, which has helped to keep hospital admissions here far lower than early models predicted.

Until a vaccine is available, testing and contact tracing are the best weapons for fighting the pandemic, he said.

Here are key aspects of the initiative.

Testing not for all

Not everyone who wants a test will get a test. Testing remains only for those for whom it’s clinically warranted, Ripchinski said.

A candidate for testing is someone with two common COVID-19 symptoms, such as fever, shortness of breath or cough. Also, those who have one symptom and have been a close contact of someone who tested positive will be tested.

Certain people who don’t have symptoms may be tested if they’ve been in close contact with someone who tested positive. Close contact means spending at least 10 minutes within 6 feet of a positive individual and not wearing masks.

Others who are asymptomatic but can be tested include patients having elective medical procedures and women in labor.

Asymptomatic testing may also be used to investigate outbreaks or to work with the state Health Department in surveillance of the coronavirus’s spread.

Those who are tested will have no out-of-pocket costs, but health insurance providers will be billed for their insured clients.

The cost to insurers was budgeted at $17 million, but would reach that amount only in a worse-case scenario of widespread disease, said John Lines, spokesman for Lancaster General Health.

Laboratory turnaround time for tests is often a few days. But the plan is to contact the patient within 24 hours of the hospital receiving the result.

Testing specimens are being processed at Lancaster General Hospital, the Hospital of the University of Pennsylvania, and Quest laboratories in Virginia.

All Pa. counties will be in ‘yellow’ coronavirus reopening phase by June 5 under Wolf administration plan: sources

As of Friday, people were being tested at nine sites.

Other sites are being evaluated. Mobile testing, possibly provided by Lancaster EMS medics, will be available for those who can’t leave their homes.

Nurses will monitor temperatures and other symptoms for 14 days, either by phone email or text.

People who have special needs while in quarantine will be connected to social service organizations that can help with meals, health care and housing.

More than 20 registered nurses and community health workers have started calling those who test positive and their contacts.

Over 100 may ultimately be hired if testing leads to a surge in people who must be contacted. Job information is at LGHealthjobs.org.

Nurses call those who test positive to learn who they’ve had close contact with, going back two days before symptoms began. Community health workers then alert the contacts.

Tracers will try to notify contacts within 24 hours. They will ask the contacts to restrict their interaction with others for 14 days, starting from the date of exposure. Tracers will be trained to convey health information in plain language, and a translation service will be available.

Contacts will not be told who may have exposed them to COVID-19. Tracers, in fact, will not have that information.

Contacts who develop symptoms will be tested.

Antibody testing is not part of the initiative because it doesn’t identify those who have the coronavirus and may be spreading it, Ripchinski said.

Antibody testing uses blood samples to see whether a patient has antibodies against the virus, indicating they either have the virus, had it previously, or were in contact with it.

The initiative instead uses virus testing, which involves swabbing the nasal cavity and testing for the virus’ presence. It can see only whether a patient currently carries the virus.

Less invasive swabs for the front of the nose will be used.

How do you feel about Lancaster County moving to 'yellow phase' starting June 5? Let us know. [survey]

Drive-through COVID-19 testing will open Friday, May 29, at two CVS Health locations in Lancaster County, the company announced this morning.

Editor's note: This article will be updated throughout the day with the latest news regarding COVID-19.

Editor's note: This article will be updated throughout the day with the latest news surrounding COVID-19.

As Lancaster County embarks on a massive, $42 million COVID-19 testing and contact tracing initiative, the state’s largest community college is looking to lend a helping hand.

A Sheetz convenience store in Manheim Township has been closed because an employee tested positive for COVID-19, company officials announced.

Hiring A Diverse Army To Track COVID-19 Amid Reopening

As a contact tracer, Teresa Ayala-Castillo is sometimes asked whether herbal teas and Vicks VapoRub can treat COVID-19. These therapies aren’t…

“Save your business while saving lives,” reads the website of Because Health, a Seattle tech startup selling two types of tests to employers w…

UPMC and Lancaster General Health no longer offer COVID-19 tests at Clipper; here's where to get tested

How Pennsylvania Department of Health describes contact tracing for COVID-19

Contact tracing is a key part of Pennsylvania's reopening plans, and the state Department of Health has posted an explanation of how the proce…

For weeks, southeast Pennsylvania was the state’s coronavirus hotspot and Lancaster County was on the western “frontier,” with infection rates…

Several local nursing homes have reached out to Lancaster County for help in testing for COVID-19 and preventing the spread of the virus.

When community health workers leave messages with Lancaster County residents who were exposed to someone with COVID-19, only about half respon…

Easy To Say ‘Get Tested.’ Harder To Do. Here’s How.

Will Bondurant decided to get tested for COVID-19 after attending three racial justice demonstrations over a five-day period in San Francisco,…

More COVID-19 testing is making some results take longer, including in Lancaster County

As COVID-19 testing increases and cases across the country surge, some labs are getting backlogged and the problem is affecting Lancaster County.

COVID-Tracking Apps Proliferate, But Will They Really Help?

My 18-year-old daughter, Caroline, responded quickly when I told her that she’d soon be able to download an app to alert her when she had been…

Conspiracy Theories Aside, Here’s What Contact Tracers Really Do

In the midst of the COVID-19 epidemic, contact tracing is downright buzzy, and not always in a good way.

How long are COVID-19 test results taking in Lancaster County? A lot depends on the lab

When people get tested for COVID-19, how long results take depends on where they are processed.

As the coronavirus continues to spread across Lancaster County, contact tracers are having greater success alerting people who may have been e…

Lancaster County lacked a timely, coordinated and data-driven response during the outbreak of the coronavirus last spring, possibly resulting …