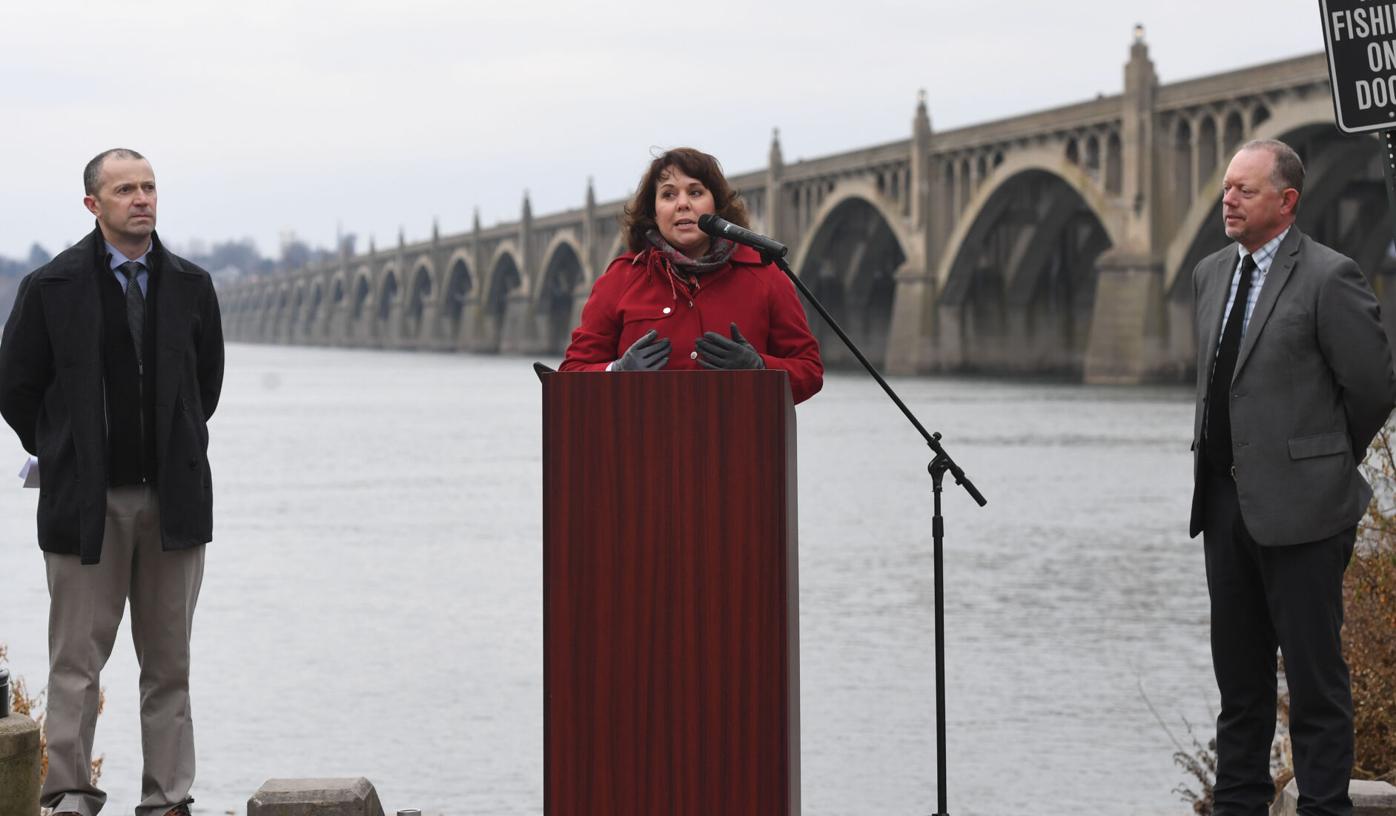 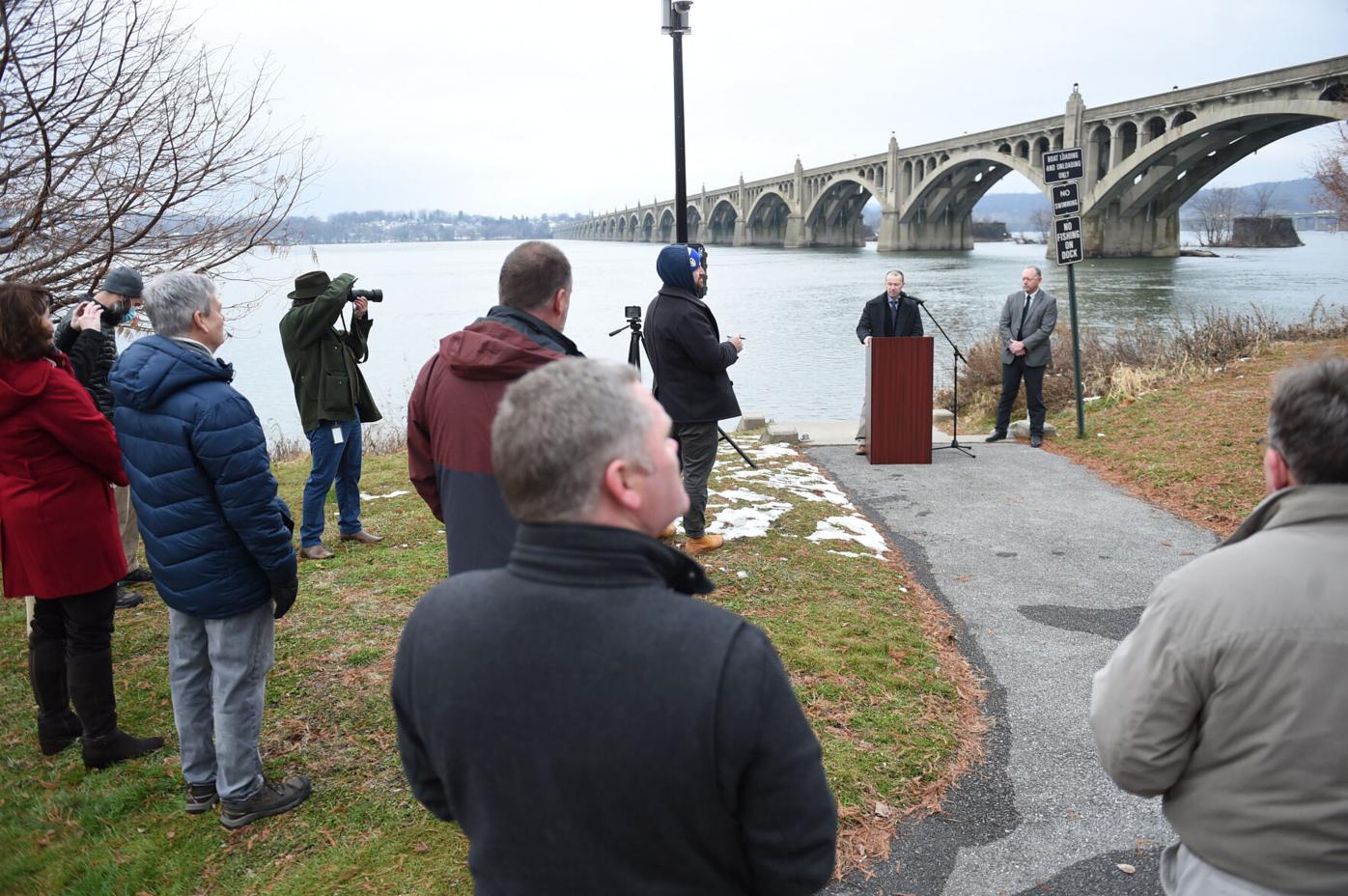 Some of Lancaster County’s 1,026 bridges may be repaired or replaced sooner than expected as Pennsylvania learned Friday it will receive an additional $327 million this year for a federal bridge improvement plan.

The program comes from the Infrastructure Investments and Jobs Act passed by Congress and enacted by President Joe Biden last year, often referred to as the infrastructure bill.

Over five years, the commonwealth will receive $1.6 billion in federal funding for the bridge program.

It’s the third-most of any state, with Pennsylvania leapfrogging Texas and Florida for more bridge money despite having a smaller population.

That’s because the funding formula considers the conditions of bridges of each state, Washington D.C. and Puerto Rico. Pennsylvania holds the dubious distinction of having the second-most bridges rated in poor condition with 3,353.

“We are an older state, we do have older infrastructure, and every year about 250 bridges across the state move into the category of what we refer to as ‘poor,” said Acting Deputy Secretary Mike Keiser at a Friday press conference at Columbia River Park highlighting the new federal funding.

Last year, the Pennsylvania Department of Transportation had 16 active bridge improvement projects in Lancaster County, according to a PennDOT report from May.

But that number may grow this year, after federal transportation officials announced Pennsylvania’s $327 million share of a new bridge improvement program.

Here are some of the most expensive bridge projects in Lancaster County’s four-year plan for transportation improvements that PennDOT has yet to put out to bid, according to its May report:

In December, federal officials announced the share of dollars states will receive this year for nine other infrastructure-bill programs, from highway resurfacing to railway improvement, to carbon reduction. The commonwealth will receive a total of about $2.2 billion for those other programs.

The $1.2 trillion package received some Republican support in Congress, but in the Senate, Democrat Bob Casey voted in favor and Republican Pat Toomey voted against it. Republican U.S. Rep. Lloyd Smucker also voted no. Both Toomey and Smucker criticized the bill’s spending levels.

On Friday, state officials highlighted the $80 million rehab of the Veterans Memorial Bridge that runs over the Susquehanna River, built in 1930. Both Lancaster and York counties have prioritized the project as a linchpin for the further revitalization of the Columbia-Wrightsville area as a tourism and outdoors destination.

The four-year project, which includes the first major rehabilitation of the bridge since the 1980s, is scheduled to begin construction next year. It will also better connect popular bike trails on both sides of the river via a bike lane on the bridge.

“This area is going to be transformed because people are going to be traveling nationally to go to this,” said Lori Yeich, a central region manager at the Department of Conservation and Natural Resources, after the press event Friday. The ability to bike or walk across the bridge and access trails and attractions on both sides of the river will draw more people to the area, particularly in the summer, she said.

That timeline for the Veterans Memorial Bridge hasn’t been sped up or otherwise affected by the additional bridge improvement money, Keiser said Friday, but the additional bridge money will allow state and local officials to tackle more projects for the next five years – the duration of the infrastructure bill.

It’s still too early to say how many bridge projects transportation officials may tackle in Lancaster County in the next year or two, thanks to the additional funding.

The most trafficked bridges with a rating of poor include the bridge over Amtrak tracks on Roherstown Road in Manheim Township, and two Route 30 bridges: one in East Lampeter Township that runs over a Pequea Creek tributary and another in Salisbury Township going over Houston Run.

A rating of poor includes bridges that have some more advanced signs of deterioration but are still safe to use.

A $330,000 state infrastructure grant awarded to Marietta is the last piece of a yearslong e…

These 6 Lancaster County projects could get federal infrastructure money

Don and Becky Murphy have long been believers in Columbia, amassing a portfolio of propertie…