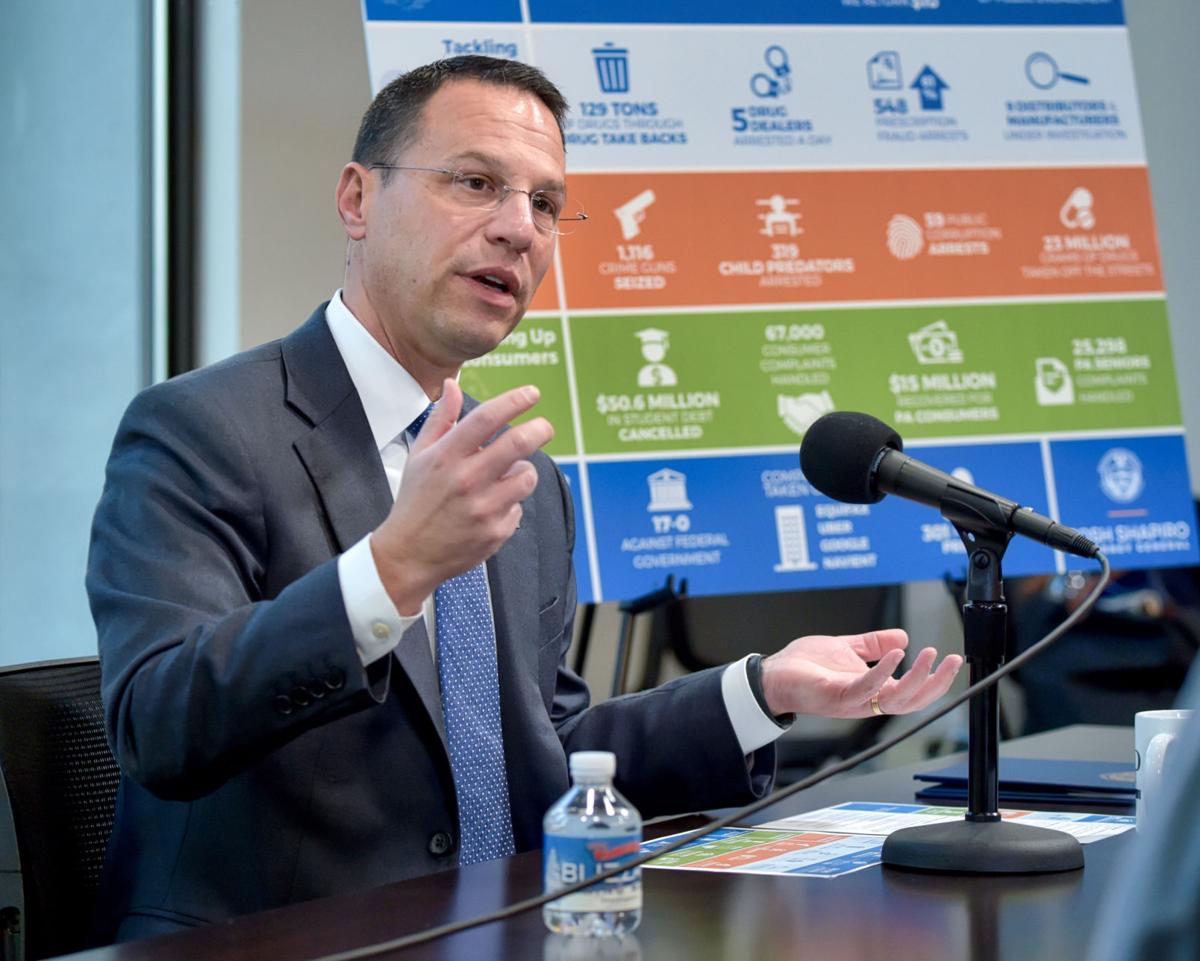 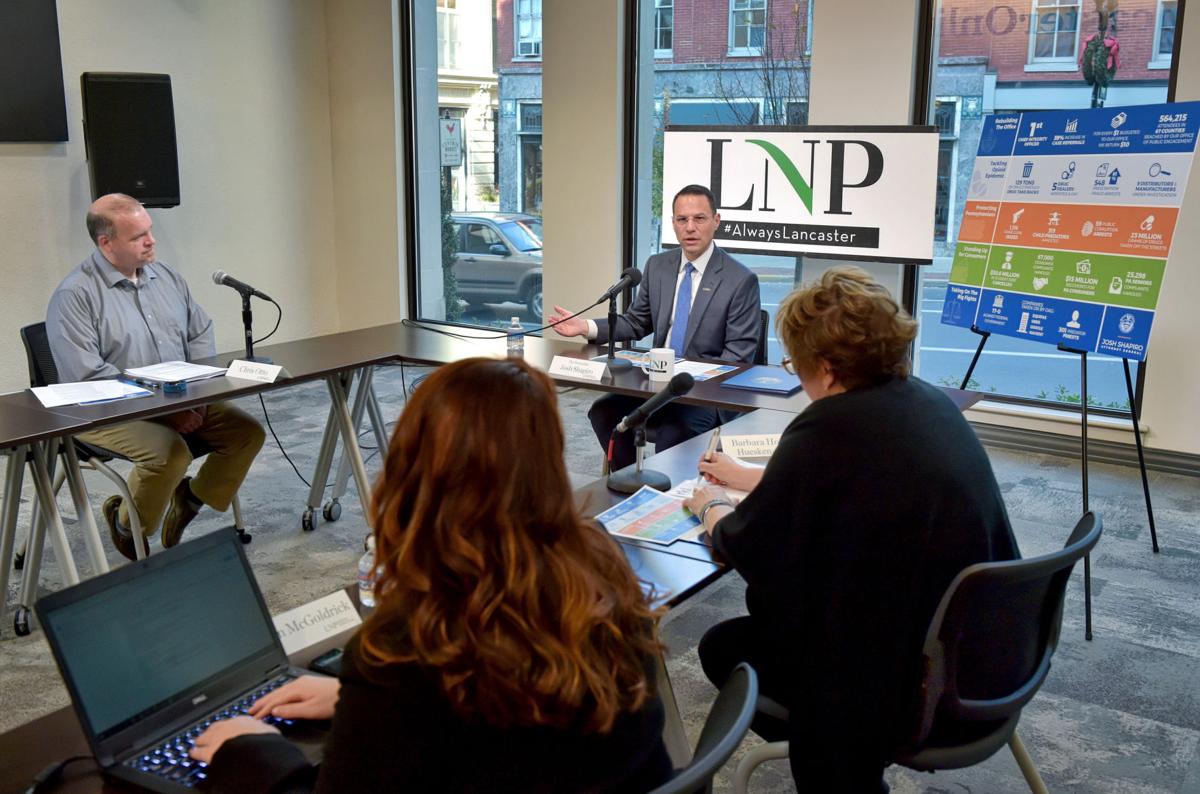 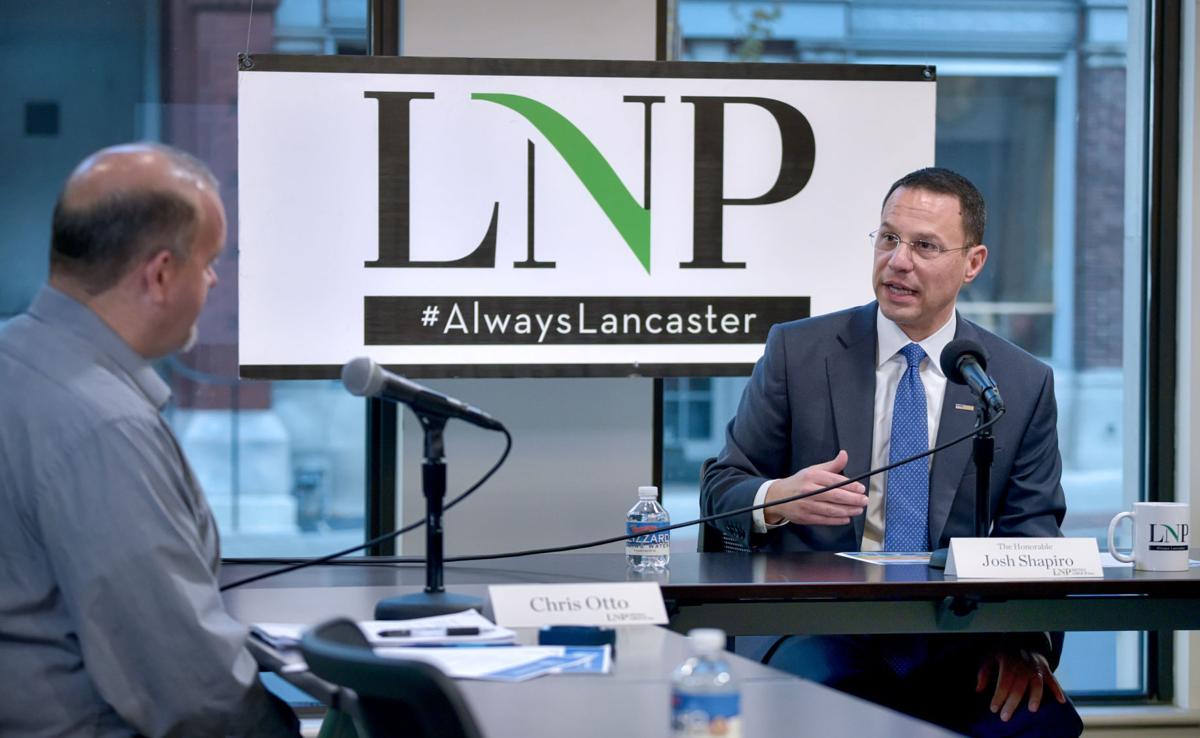 Attorney General Josh Shapiro sat down with LNP | LancasterOnline’s editorial board Wednesday to talk elections, Pennsylvania’s safety and whether he’ll be running for governor in the 2021 election.

Here are three takeaways from the conversation.

1. As first AG since the statewide Porngate scandal, he’s trying to repair the image and restore trust in the state’s top prosecution office.

Since taking office in January 2017, Shapiro has tackled some of the country’s biggest problems in court.

He’s challenged big companies like Facebook, Google and opioid manufacturer Purdue Pharma. His office has sued the Trump administration 29 times — and Shapiro said he hasn’t lost any of those cases yet. He’s prosecuted 319 child predators, including charges announced Wednesday against a retired U.S. Air Force Brig. Gen. The Mechanicsburg resident was charged with 15 counts of possession of images of child sex abuse.

Despite going toe to toe frequently with the Trump administration along with other states, the Democrat said he “checks” his party affiliation at the door.

“My disagreement, my political differences have no bearing on when we go to court,” Shapiro said. “We go to court because this president, any of the corporations, the Catholic church, whomever -- you’re not above the law.”

His office has received an increase in referrals, which vary from local law enforcement officers to individuals, reaching out for help in crimes like email scams targeting seniors. While it can be inferred that an increase of cases means the state has more crime, Shapiro said he believes it means there is more trust in the attorney general’s office to handle cases like corruption and consumer protection.

Aside from his legal work, the state’s top prosecutor also lends support to policy initiatives such as legalizing marijuana and Marsy’s Law (an effort to provide more rights to victims during the legal process).

2. He thinks political campaign spending rules should be more strict

A yearlong investigation by Spotlight PA and The Caucus that found state political campaigns spent $3.5 million from 2016 to 2018 without disclosing what they were buying — and the laws allowed it. Pennsylvania’s law on campaign spending is one of the weakest in the country, because it does not explicitly outlaw using campaign dollars for personal use or have contribution limits.

Shapiro said the Legislature and Gov. Tom Wolf should change this.

When asked about whether his office has prosecuted any campaign spending-related crimes, he said he could not comment on any ongoing investigations.

3. The long-rumored gubernatorial candidate will decide next year whether he’ll run for reelection as attorney general.

Many political observers have placed Shapiro at the top of the list to run for Wolf’s spot following his final term as governor. But in Wednesday’s meeting, he said he loves his current job as attorney general and will focus on that for now.

Shapiro said he’ll sit down with his wife and four children in early 2020 “and make a decision about running for reelection.”

“I don’t think you can forecast the future and think ahead like that,” Shapiro added.

On Monday afternoon, Al Kling was relaxing at his home. His plans for the following day — Election Day — were already figured out.