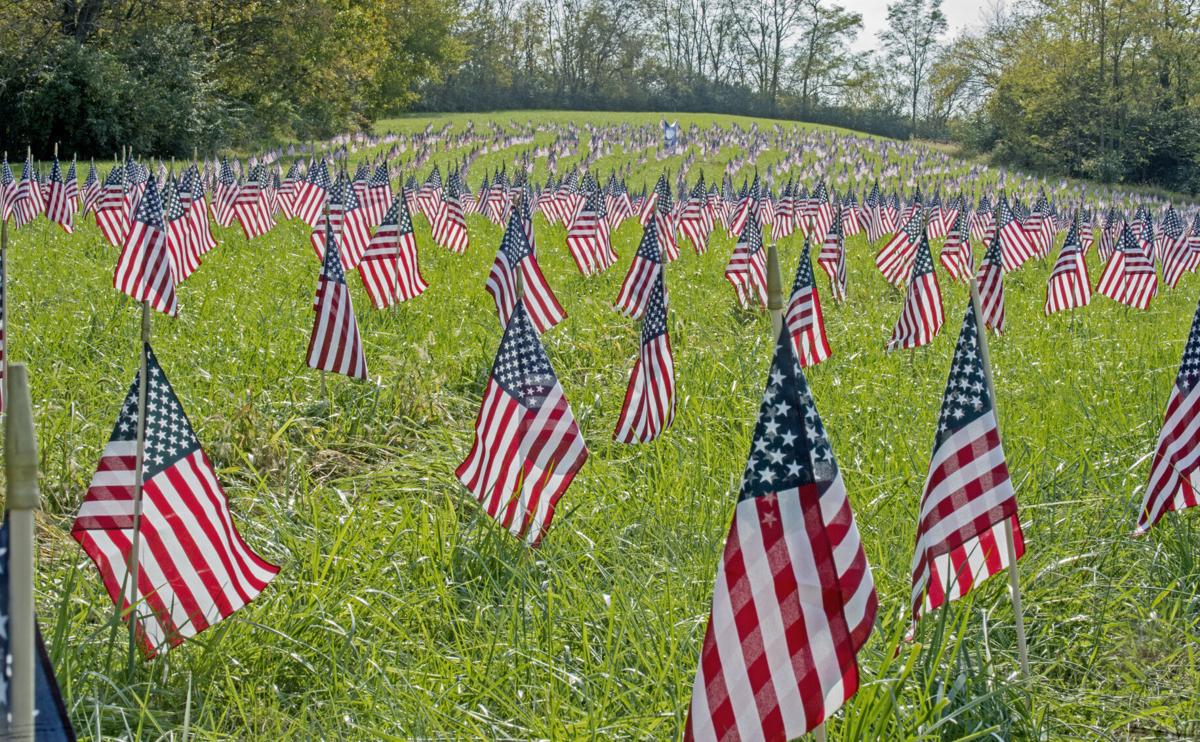 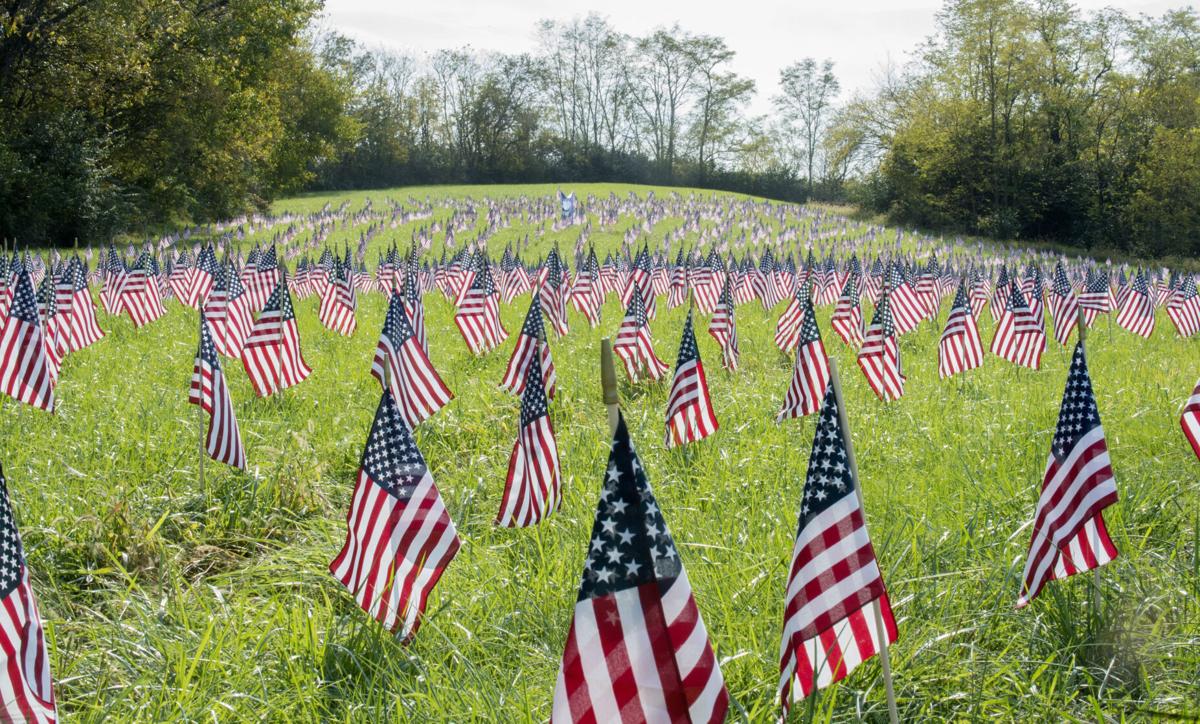 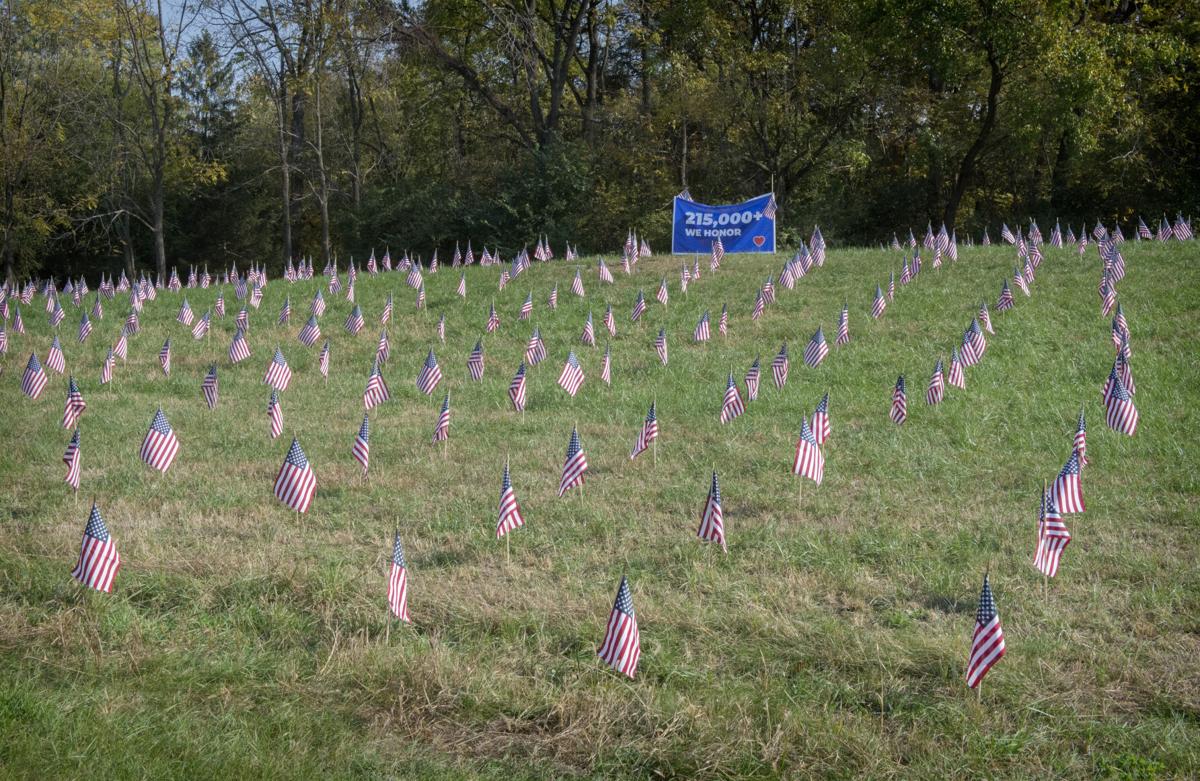 If you’ve driven along Route 272 (Oregon Pike) near the Oregon Dairy in Manheim Township in recent days, you may have noticed a striking display.

A sea of flags covers a field along the northbound side of the road with a banner bearing a sobering message: “215,000+ We honor.”

The flags and banner were placed in field Saturday by more than two dozen friends and family members of Marolyn Davenport, who owns the parcel with her sister Mary Blakinger.

The group, including some children, planted 2,155 flags — one for nearly every 100 people who have died of COVID-19 in the United States.

According to John’s Hopkins University, the U.S. death toll has risen to more than 220,000 as of Tuesday, and globally, the virus has claimed more than 1.12 million lives.

In Lancaster County, 438 people have died of the novel coronavirus as of Tuesday, according to county Coroner Stephen Diamantoni.

Davenport said there are no plans to add flags as the death toll changes.

“I think everyone realizes that the deaths are continuing,” she said.

COVID-19 infections are ticking up just as flu season begins, a worry for public health officials responding to the pandemic. Here’s what you …