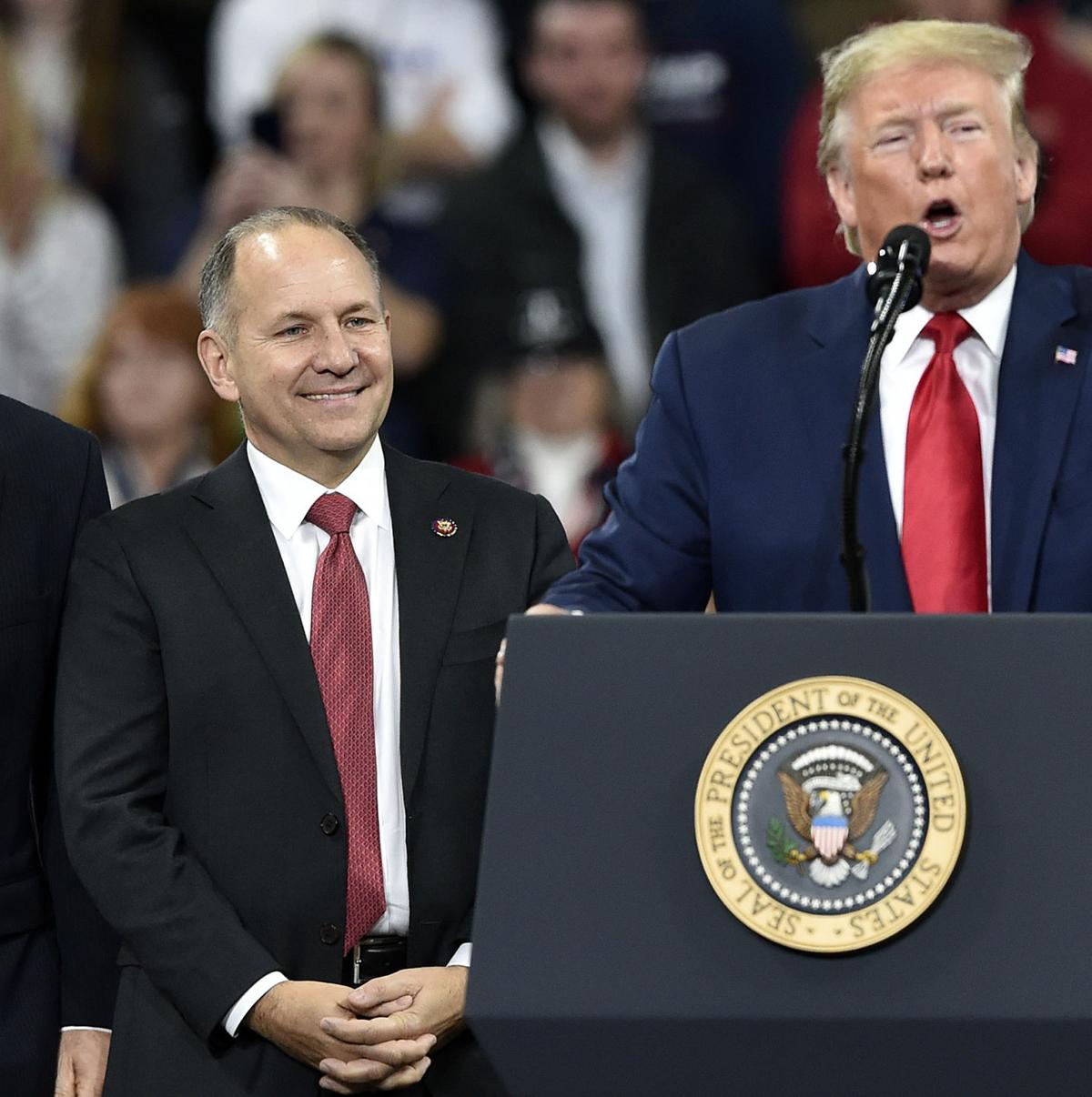 US Represenative Lloyd Smucker, R-Pa., left, stands on stage with the President, during a campaign rally for President Donald J. Trump and Vice President Mike Pence, at the Giant Center in Hershey Tuesday December 10, 2019. 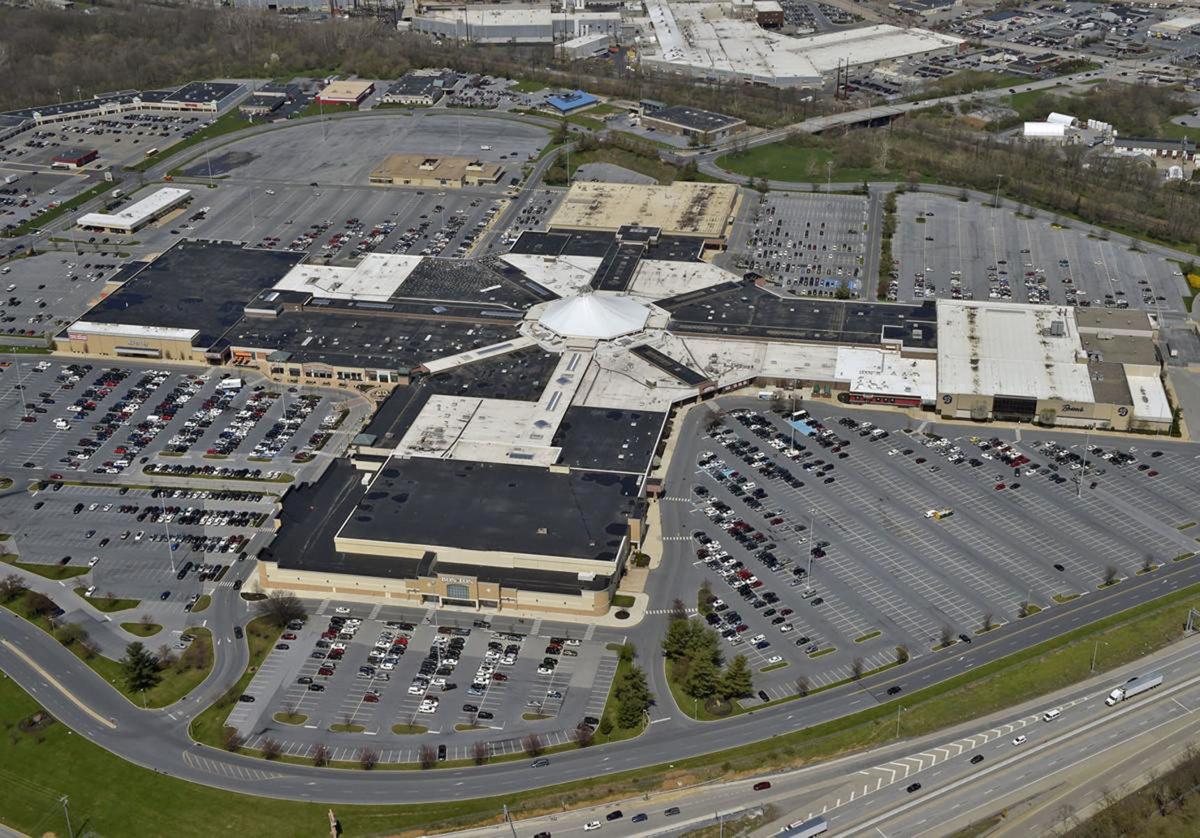 An aerial view of Park City Center in April 2018. The now-vacant Bon-Ton store is in the foreground, while the former Sears store is at the top. 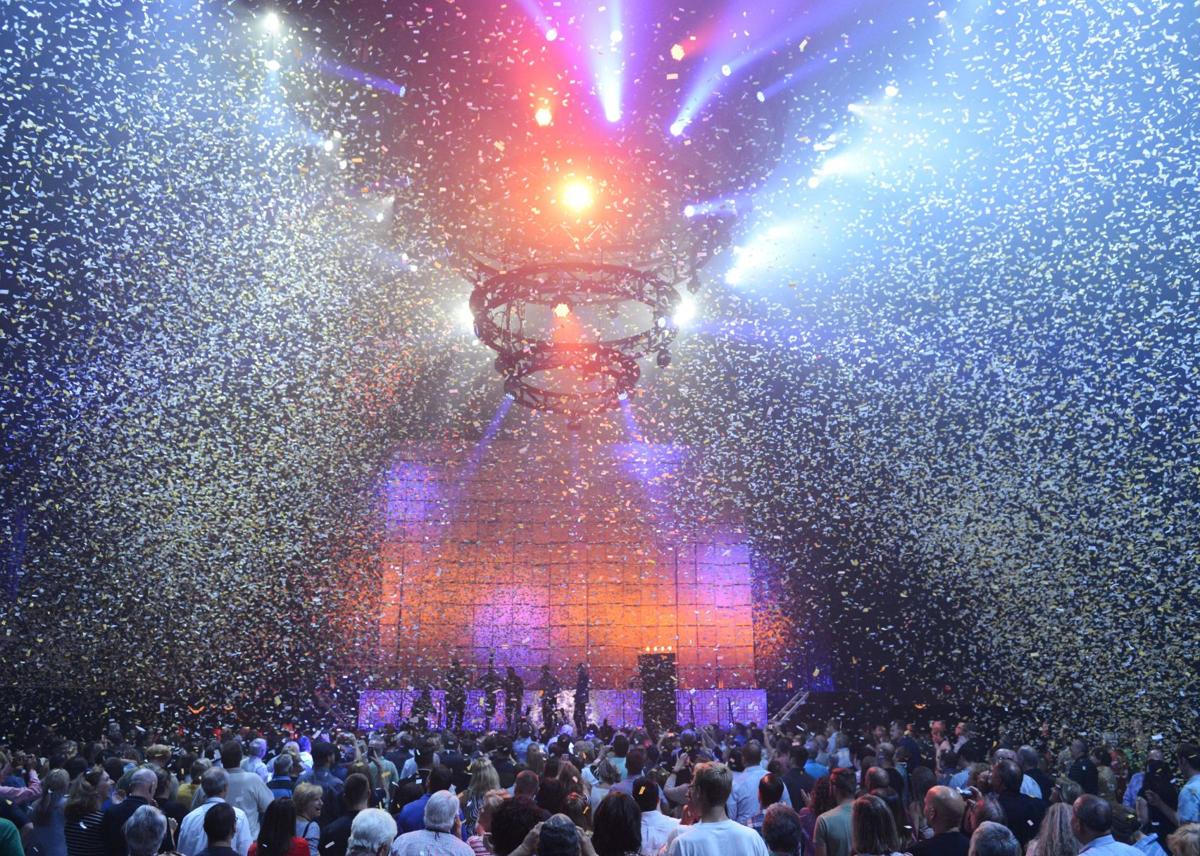 Rock Lititz Studio goes live with a blast of light, sound and confetti in this LNP file photo. 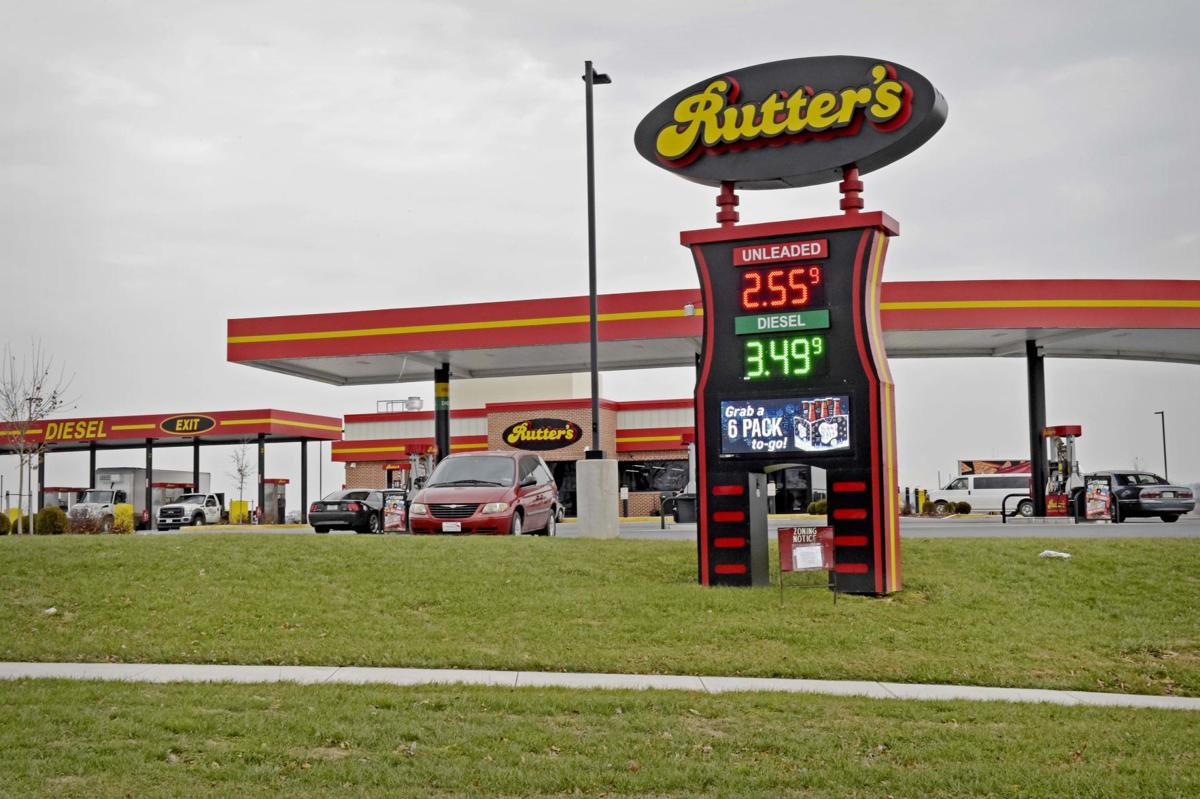 This is the Rutter's at 405 Historic Drive in Strasburg Borough. 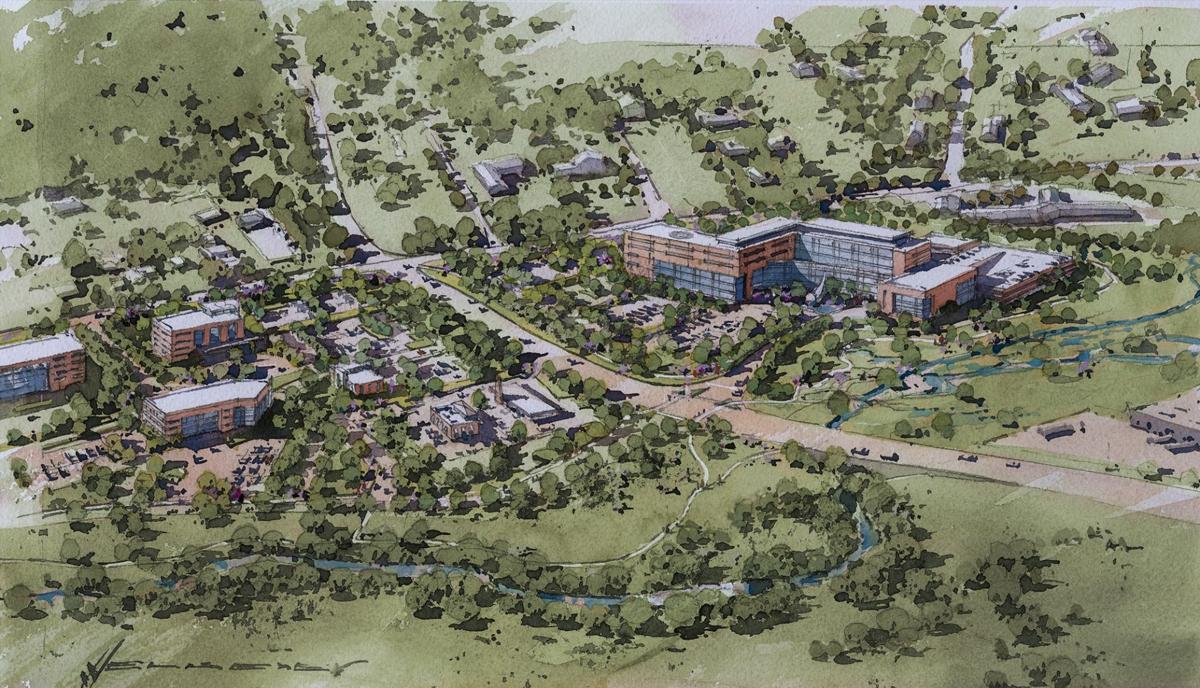 This shows the preliminary master plan for Penn State Health's proposed hospital campus near Route 283 in East Hempfield Township. The hospital is in the upper right of the drawing, near the existing Oak Leaf Manor North personal care home. A widened and realigned State Road cuts across the center, intersecting with Harrisburg Pike, which runs across the length of the image. The left side of the campus shows a Sheetz; unspecified "fast casual" restaurant; and three buildings for "professional, scientific and technical services." To the far left, and not shown, the plan proposes a 100-unit apartment building for senior adults. 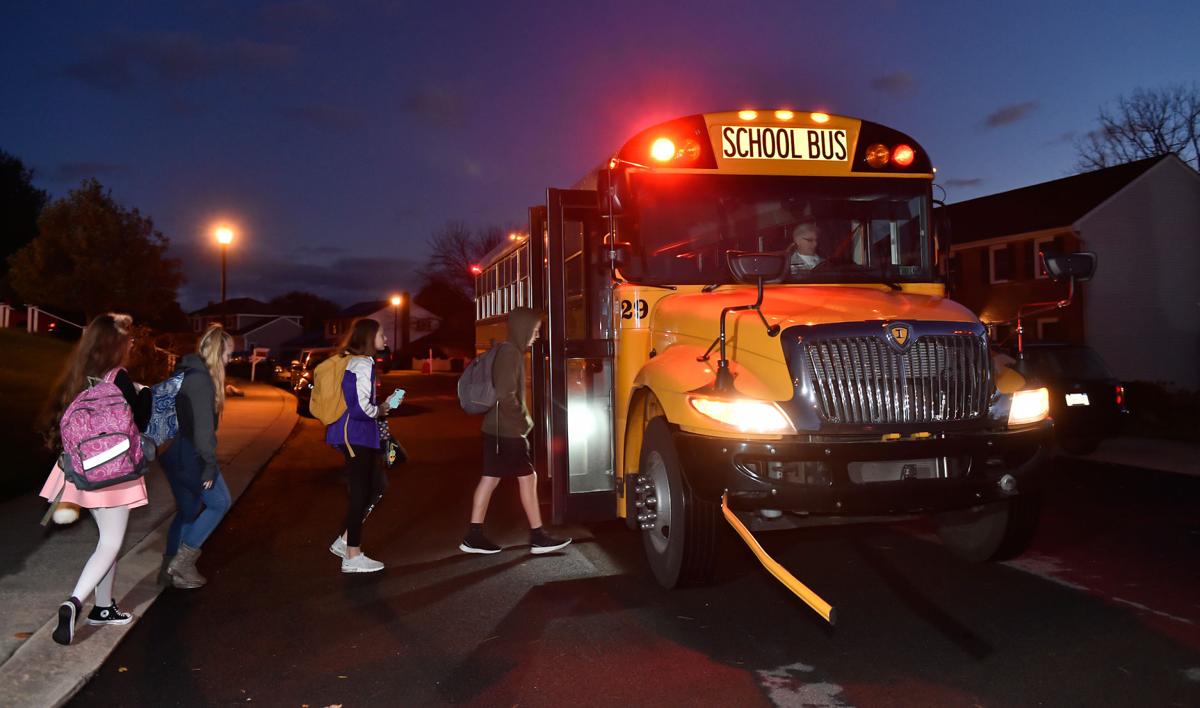 Ephrata High School students enter their bus at Eastbrooke Drive and Blackberry Lane in Ephrata on Friday, November 1, 2019. Ephrata Area School District will ask its school board in January to start school an hour later beginning next school year, making it the first district in Lancaster County to do so. 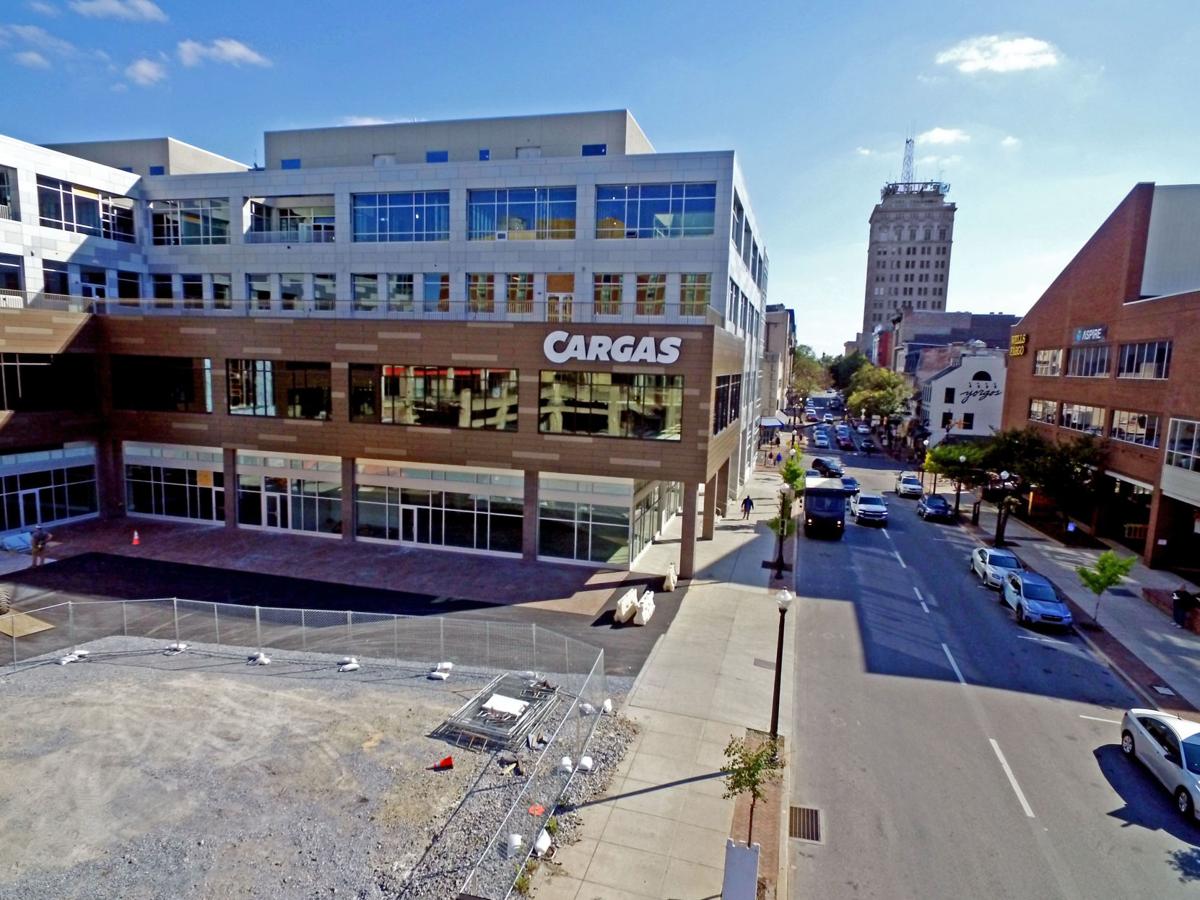 This is a view of Ewell Plaza looking south from the 100 block of North Queen Street Saturday, Oct. 5, 2019.

These are some of the trends and events that LNP's reporters will cover in 2020.

Here are some details of what to expect.

The third president in American history to be impeached is seeking a second term in the Oval Office in 2020.

And while Lancaster County voters will have their say in sticking with Donald Trump or electing a new commander in chief, they also will have plenty of local races to help decide.

Republican Congressman Lloyd Smucker is seeking reelection to what would be his third two-year term in the U.S. House of Representatives. Democrat Sarah Hammond, of East Lampeter Township, is his only challenger as of Tuesday.

All members of the county’s Pennsylvania House delegation are up for reelection, with three facing spring primary challengers:

There are still several Democratic candidates lining up to take on Republican incumbents in the state Legislature in the fall general election. The committees for both parties will choose which candidates to endorse at their endorsement conventions in late January.

The evolution of Park City Center will continue, with changes coming to the spaces formerly occupied by anchor stores Bon-Ton and Sears, as well as other mall spaces.

Shoppers will see the first results of the mall’s strategy — to fill voids triggered by the ascent of e-commerce with entertainment and dining, lessening the mall’s reliance on traditional retail.

The upper floor of the darkened Sears, which closed in March, will come to life as a Round1 family-friendly entertainment venue in the fall. A vacant space next to it will become a UFC Gym in January.

Park City also plans to raze the Bon-Ton building, dark since August 2018, creating a new main entrance to the mall. On the store’s footprint and its parking lot, Park City wants to add two free-standing restaurants.

But Park City’s challenges aren’t over. Longtime tenant Gap is closing in late January, giving the mall another significant space to fill.

While Park City is focused on filling existing space that’s become vacant, Rock Lititz is focused on constructing more space because its existing buildings are filled to capacity.

In August, the Warwick Township campus for the live-event industry unveiled plans for a $41.7 million expansion that will add 220 jobs to the 405 jobs already there.

(A fifth building being proposed — a black-box theater — is being developed independently.)

In 2019, increased development in both rural and suburban communities roiled residents who said they've had enough.

In 2020, little is expected to change for both stakeholders.

Rutter’s is still seeking expansion in Lancaster County despite a setback in Manheim Township after 200 residents rose in opposition to a store and gas station near a residential development.

The convenience store chain recently proposed a liquor license transfer to a planned store in Gap. Supervisors in Salisbury Township will hear the request in January.

Meanwhile, planners for Oregon Village hope to break ground on the 72-acre mixed-use development sometime in the new year. Two appeals the conditional approval must first be settled before the project moves forward.

It will be located along Route 722 (State Road) between Harrisburg Pike and Route 30, with a tentative opening in 2022.

Lancaster General announced two big projects this year. The first, which could see construction start as early as this winter and take up to three years, will roughly double the size of the emergency department in its flagship Lancaster city hospital.

The second will add proton therapy to its outpatient cancer center in 2021.

WellSpan recently announced a renovation that will add new technology to its Ephrata cancer center. The project is expected to conclude in the spring.

From student privacy at Eastern Lancaster County to school start times at Ephrata Area, Lancaster County school districts are dealing with several issues that will stretch into 2020 and perhaps beyond.

Elanco is embarking on a projected $2.4 million plan to renovate its locker rooms after it approved a controversial student privacy policy that called for unisex changing and restroom areas in the district’s locker rooms and bathrooms.

The district expects to receive bids for the project in early 2020 and finish by 2021.

Ephrata, meanwhile, is considering pushing back its school start times in response to various studies that say teenagers are suffering from a lack of sleep. Some parents, however, say the move would only tighten the window students have to finish homework and other evening activities.

The administration expects to make a recommendation to the school board in January or February 2020, following a monthslong study. Other districts, such as Solanco and Hempfield, have also began studying the issue.

At Conestoga Valley, school board members are again evaluating a proposed charter school — TLC Leadership Charter School. The privately run but taxpayer-funded school would serve up to 200 students in kindergarten through 12th grade who struggle with school phobia, anxiety and other mental health issues.

The school board rejected TLC’s first application. Expect a decision in early 2020.

Finally, as LNP reported earlier this month, more than $365 million worth of major school construction projects is in the works across Lancaster County. The most notable is Penn Manor’s $99.9 million high school renovation and construction project, which is projected to finish in December 2022.

This should be a big year for public construction projects in the city.

At Ewell Plaza, the Lancaster Parking Authority is expected to finish demolition of an old annex and begin building the 360-space Christian Street Garage, a $29 million project that includes space for the Lancaster Public Library to relocate.

Despite pushback, the authority is moving ahead with having Miami-based R&R Studios, with public input, create art for the facade.

Meanwhile, work should begin on the replacement for Fire Station No. 1 at 425 W. King St. It should take about eight to 10 months to complete the work. After it’s done, it will be Fire Station No. 3’s turn at 333 E. King St. The two stations combined will cost about $12.7 million, up from initial pre-bid estimates of about $10 million.

In the southwest, the city plans to renovate Culliton Park, a project estimated at $3 million.

Smucker, Toomey ask Supreme Court to revisit Roe v. Wade, along with 205 other members of Congress

U.S. Rep. Lloyd Smucker and Sen. Pat Toomey, along with seven members of Pennsylvania’s Republican congressional delegation, have signed onto …

In November 2018, Michele Wherley got 44% of the vote — the highest percentage a Democrat has ever gotten in the 41st House District since it …

Penn State Health names hospital planned for Lancaster County; here’s what it will be called

The hospital to be built near Route 283 will be called Penn State Health Lancaster Medical Center, with groundbreaking in the coming weeks and…