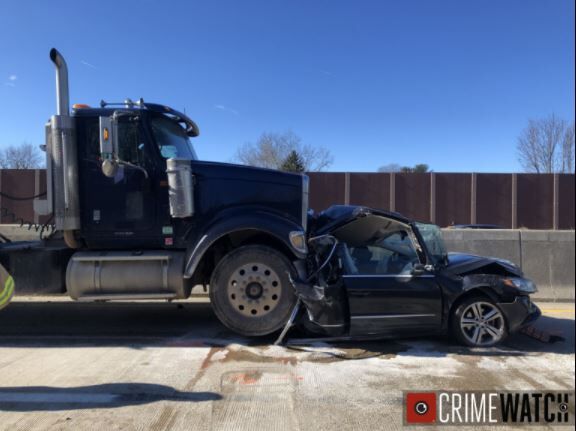 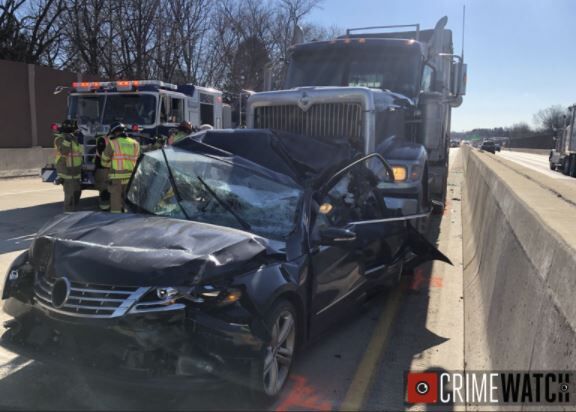 A three-vehicle crash involving a car and two tractor-trailers on Route 30 on Tuesday morning sent two people to the hospital with non-life threatening injuries and halted traffic for two hours, according to the Manheim Township Police Department.

The three vehicles were traveling westbound on Route 30 between New Holland Pike and Route 222 just before 8:51 a.m. when they encountered a rolling lane closure for PennDOT roadwork ahead, police said in a news release. The first tractor-trailer and the car following behind it were able to slow down without incident, but the second tractor-trailer struck the rear end of the car.

The impact of the crash pushed the car into the rear end of the tractor-trailer ahead of it, causing the vehicle to become "sandwiched" between the two trucks, police said.

The car’s driver and passenger were transported to the hospital with non-life threatening injuries, police said. Neither tractor-trailer driver was injured.

All three vehicles sustained disabling damage, causing the two westbound lanes of Route 30 to be closed for two hours, police said. The roadway was fully reopened just before 11 a.m.

The crash remains under investigation, police said. No further information information has been released.

Anyone who witnessed the crash is encouraged to contacted the Manheim Township Police Department at 717-569-6401 or submit a tip through CrimeWatch.

A New Holland man led police on a dangerous high-speed chase that briefly became airborne, according to the New Holland Police Department.

At least two people were shot early Wednesday morning in Lancaster city, according to police.