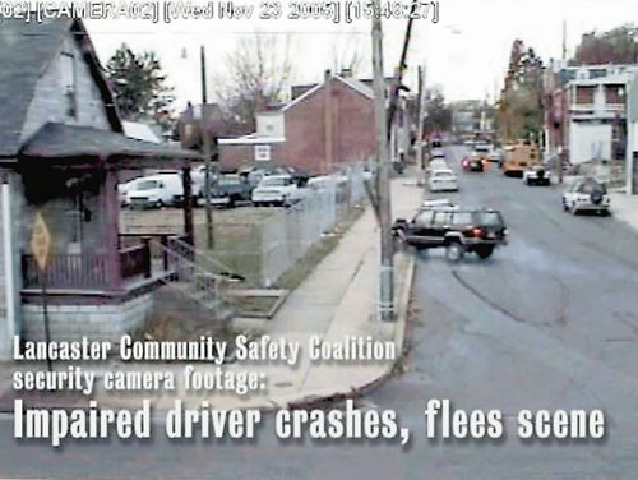 In November 2005, cameras captured a crash involving an allegedly impaired driver, who was apprehended. 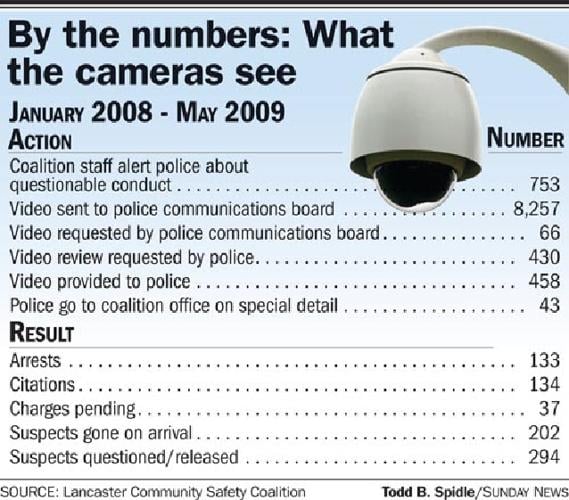 By the numbers: What the cameras see 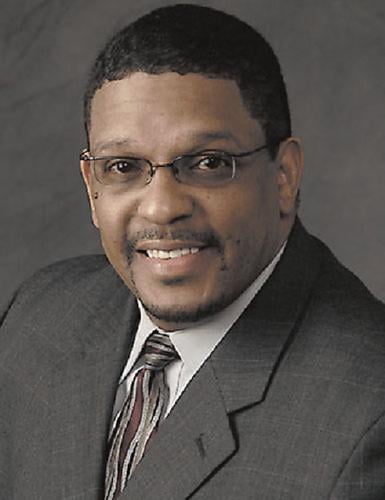 In November 2005, cameras captured a crash involving an allegedly impaired driver, who was apprehended.

By the numbers: What the cameras see

The snapshots of anonymous faces navigating city streets are at once mundane and riveting.

A man slowly enters a crosswalk, leaning on a cane. A woman hauls groceries and a toddler from her car. A taxi careens through a narrow alley.

Today, like any other day, thousands of residents and visitors stream down Lancaster's streets and sidewalks, running errands or hurrying to work, apparently unaware of the widening network of nondescript surveillance cameras mounted on utility poles - and the group of ordinary citizens that monitors the images live.

The nonprofit Lancaster Community Safety Coalition installs and oversees the cameras, forming a 21st-century neighborhood watch that stretches from crime-plagued corners to leafy streets lined with well-kept row homes to the shadow of the newly opened downtown convention center.

The five-year-old, $2.7 million camera project, funded by hundreds of public and private donors - notably, the Lancaster Police Foundation, Lancaster city and Lancaster Newspapers Inc. - is nearing the end of a major expansion.

By summer's end, 165 closed-circuit television cameras will sweep the city's three innermost square miles, in a sometimes-controversial effort to deter criminals - or catch them in the act.

The unusual setup - with citizens, not police or government, monitoring live surveillance feed - has captured national attention, most recently from ABC's "Nightline" and "CBS Evening News," and mobilized opponents aimed at turning off the cameras, possibly for good.

Coalition executive director Joseph R. Morales Sr. says the eight-person camera-monitoring staff, including a grandmother of eight and a finance student at Temple University, takes seriously the precarious balance between privacy and security.

"We can never lose sight that these are real people out there, with real lives, real concerns, real problems," says Morales, also a city councilman. "We're here to help them, not to hurt them."

How the coalition fulfills that commitment has become a focal point of debate in recent weeks, ever since a Los Angeles Times article labeled Lancaster the "most-watched small city in the United States."

On paper, a 19-member board of directors oversees the coalition's staff. The board's nonprofit status makes it accountable to donors and the community.

But until now, the coalition's methods of establishing accountability have not been closely examined, leading to three persistent questions:

What are the cameras seeing?

And who is watching the watchers?

The coalition's cameras record on autopilot, sweeping up and down streets, then side to side, across an approximately 18-by-20 block area, bordered roughly by Broad, College, Ross and Seymour streets.

Exactly where the cameras go depends on crime data, geography and funding. Most are mounted on utility poles (with permission from PPL Electric Utilities, which owns the poles). Others go on structures, like the courthouse and buildings around Binns Park.

In their panoramic 24/7 tour, the cameras record mountains of monotonous images, from deserted sidewalks to stalled traffic. But they also have captured prostitutes trolling Water Street, fights erupting outside bars and determined vandals tackling a statue in Rotary Park.

Images stream into a central computer at the coalition's headquarters, in the UGI building on Conestoga Street, behind the Water Street Ministries building. A gated parking lot flanks the offices, which are kept locked.

Monitoring staff members, who start at an hourly wage of $10 to $12, work part time, in six- to eight-hour shifts. For 18 to 24 hours a day, concentrated on high-crime periods, staffers, alone or in pairs, watch live surveillance feeds. Video from unmonitored hours is available, if police request it.

Morales, 45, of North Marshall Street, hopes staff and volunteers eventually will man the monitors around the clock. Years ago, the coalition dropped plans to install any additional cameras beyond the 165 now going into operation.

High on a wall at headquarters, three monitors show split-screen images from up to 12 cameras at a time. Several feet below, a long desk holds a half-dozen more monitors, one offering a live feed of incident reports from county 911 dispatchers.

Staffers select which and how many cameras to display on each monitor, depending on such factors as activity level and time of day. Eventually they memorize each camera's number and location.

Much of the time, staffers scroll quickly from camera to camera, pausing only if something catches their attention.

Camera operators can zoom in on an area if they observe suspicious activity or if dispatchers request a closer look. The zoom feature is powerful enough to make out license-plate numbers or wisps of smoke from the early stages of a fire.

"The cameras are viewing public activity" that any person on the street might see, city police Lt. Todd Umstead says. "They're not violating any laws."

A video-masking system allows coalition staff to place black boxes over residents' windows that show up on the monitors. (Morales has not seen a case where a camera could film activity in a fenced backyard, but he says those areas also could be masked.)

The cameras do not record audio, which is illegal in Pennsylvania, Morales says. In low light, the images shift to black and white, providing more contrast.

Camera operators keep a log of noteworthy activity. In one shift, they might log a single fight or vehicle accident, or as much as two to three pages of observations.

The coalition has turned over video subpoenaed in civil cases involving auto accidents. But it would not hand over video for a divorce or other civil case not involving law enforcement, Morales says - regardless of potential penalties for not complying with a subpoena.

Only video intended for use in a criminal investigation is preserved on CDs. All other images are erased within a week if no crime is reported, Morales says.

"I don't care who you're walking down the street with or what bar you're going into," monitoring staff supervisor David W. Greiner says.

Cameras mounted inside the monitoring center watch over the staffs' shoulders, aiming to curb any potential misuse.

Every few weeks, Morales or Greiner spot-checks those tapes.

They say the worst offense they've caught so far is a former employee reading magazines on company time.

Do they really work?

Police say it's too soon to make a definitive judgment on the cameras' impact.

Over the past year, city crime statistics haven't fluctuated much, Umstead says.

Deterrence is especially difficult to gauge, he says. It's impossible to track crimes that don't happen.

Still, 10 pages on the coalition's Web site, LancasterCSC.org, highlight its role in cases ranging from drugs to fighting.

But in 2007, they filmed the immediate aftermath of the South Prince Street shooting death of Tyquan Hall, including the fleeing suspect. (Cameras did not record four of the city's five homicides so far this year.)

"We can never know exactly how many crimes cameras will prevent, but I have no doubt there will be many," he says.

The coalition's cameras have shown that at least one reported crime actually was an accident, saving hours of investigation.

And they also could be used to document any incidents involving allegations of police misconduct.

City police chief Keith Sadler says that while the cameras provide an extra set of eyes, no technology can replace solid police work.

But in a coordinated effort with police, he says, cameras are a worthwhile addition to the city's crime-fighting arsenal.

"How you use the cameras is extremely important," Sadler says. "Right now I think they're successful."