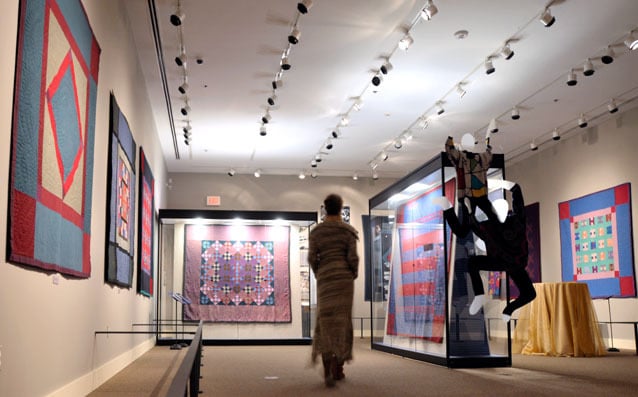 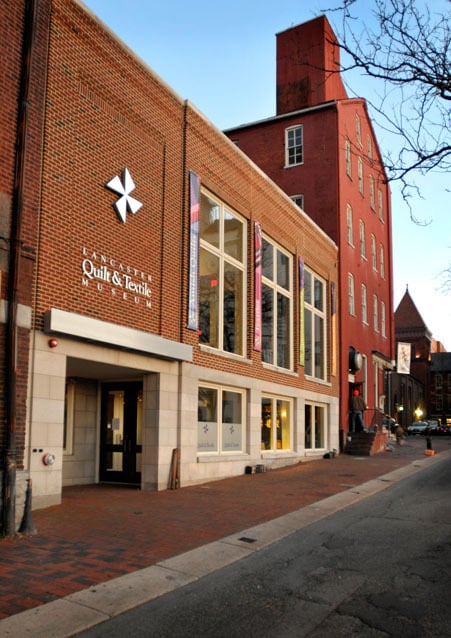 When the Lancaster Quilt & Textile Museum opened in 2004, organizers expected between 35,000 and 55,000 people to come through the doors to see the famous Esprit Collection of Amish quilts.

And it simply was not enough to keep operating.

On Friday afternoon, the Heritage Center of Lancaster County board announced the museum will cease regular daily operations at the end of the year and the building will be offered for sale.

The museum will be opened to groups on a reservation basis and for special events through the end of 2012.

"It was a flawed business model. It was the best of intents, but it never worked," board President Sharron Nelson said of the quilt museum.

Museum officials said in July they could no longer continue to maintain the historic City Hall building, which had been deeded to their organization in the mid-1970s. City ownership is due to start with the new year. The museum will be closed for renovation.

Whether it will reopen as a museum of traditional Lancaster County decorative arts is unclear.

Lancaster Mayor Rick Gray said Friday its future use will be a decision of the museum board and the city.

Nelson said a decision about the fate of the museum likely will come at the end of a four-month process.

It will begin with a series of still-unscheduled community meetings early next year. An appointed task force will consider ideas presented at those meetings and make a recommendation to the museum board, likely in March or April.

That future likely will not include the ornate former bank building on Market Street. That building, which was extensively renovated by the museum, carries a debt of $750,000.

Wendy Nagle, the Heritage Center executive director, said the weight of the debt has been crushing for the non-profit organization, which has seen its state grant funding cut completely at the same time admissions have continued to decline.

Many museums rely on investment income from endowments to subsidize their operations, she said. The Heritage Center has no endowment.

"Each and every year we start at zero," she said of the organization's budget.

The sale of the 13,300-square-foot building, appraised at more than $1.5 million, would allow the repayment of the debt.

The board announcement held out hope the sale also would fund an endowment to care for the renowned collection of 83 Amish quilts and the 3,700 decorative art pieces, such as colonial and federal-era furniture, paintings, case clocks and Lancaster rifles.

"We want to keep them in Lancaster because of their importance to our history," Nelson said of the collections.

While the intent is to keep them publicly accessible, Nelson said that having a dedicated museum is not the only way to do that.

Pieces are now on loan to the Winterthur Museum and Franklin & Marshall College's Phillips Museum of Art. A proposed project with the college would put digital images of the Esprit Collection on the Internet to open it to the eyes of the world.

Patricia Herr, a museum board member who was instrumental in returning the $1 million Esprit Collection to Lancaster, believes placing the collection online will open the door to traveling exhibits.

Although the Esprit Collection is only a small part of the museum's holdings, it is the most well known, said Herr, who has authored one of two books about the quilts.

"It's probably better known than any collection within the collection," she said of the Esprit quilts.

What became clear in the last two years, Nagle said, is that the museum could no longer do it alone.

"If we would continue to operate the way were were operating, we would deplete our resources so that we couldn't make healthy decisions," she said.

Herr maintained the situation is not unique to Lancaster. Museums across the country are struggling.

She cited the American Folk Art Museum in New York, which sold its building and was on the verge of closure in September before a fresh infusion of cash from a charitable foundation allowed it to remain open in a smaller space.

Yet, Herr said, she is not aware of any financial angels waiting to rescue Lancaster's museum.

The quilt museum will remain intact through 2012, Nagle said. Special events, such as weddings, parties and receptions, will continue as planned. It also will be open for a week in March for the American Quilter's Society show at the nearby Lancaster County Convention Center, she said.

Real estate experts have told the board it will likely take a year to sell the building, Nelson said.

"It's unfortunate, but something was attempted that just didn't work," Gray said of the quilt museum.

He said he could see the Market Street building being reused as a nightclub or an interactive visitors center for downtown Lancaster.

"I could see an incredible restaurant going in there," Gray said.

Former Lancaster Mayor Charlie Smithgall said Friday he was disappointed to hear about the museum.

It was under Smithgall's administration the city acquired the building from members of the rock band Live and later resold it for the museum.

He believes the museum gradually devolved into an event facility.