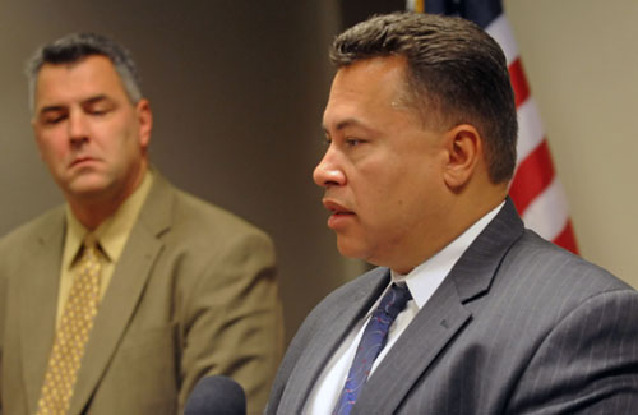 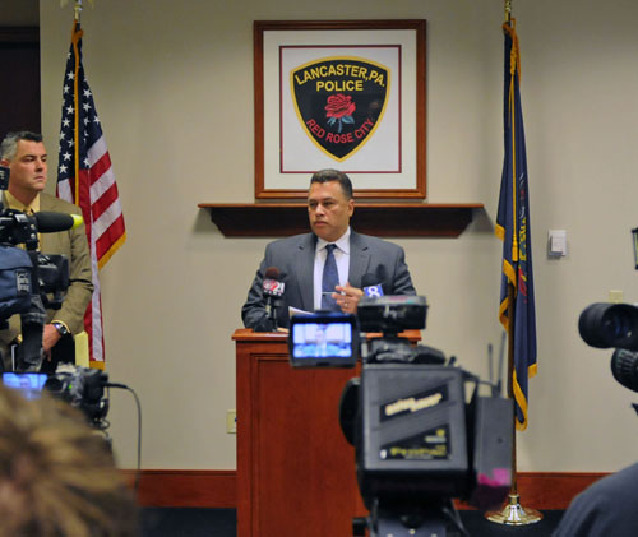 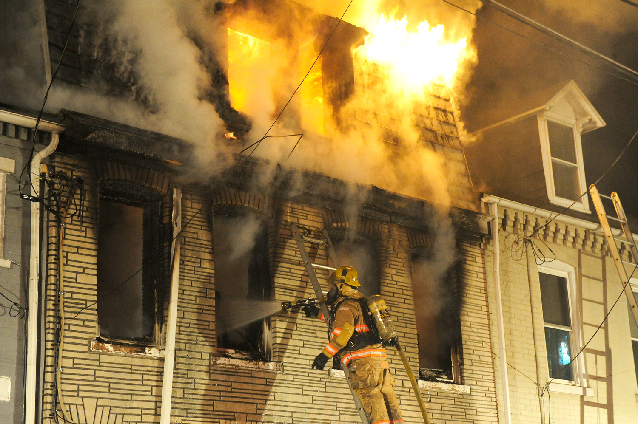 A firefighter battles flames and smoke Dec. 6, 2010 in a rowhouse fire at 14 N. Plum St. A woman died in the blaze, which is being investigated as an arson. (Glenn Usdin)

A firefighter battles flames and smoke Dec. 6, 2010 in a rowhouse fire at 14 N. Plum St. A woman died in the blaze, which is being investigated as an arson. (Glenn Usdin)

EDITOR'S NOTE: This story was originally published in December 2010. Click here for updates.

Lancaster city police have identified the victim of Monday's deadly fire on North Plum Street as Olga Sanchez-Reyes, a 30-year-old mother of three children whom authorities say was slain.

City police Chief Keith Sadler, during a Tuesday news conference, said his department has thrown all of its detectives and substantial resources into the investigation, and vowed to bring the killer to justice.

"This crime is a sinister crime," Sadler said. "The home had three children in it at the time. To set a fire in a homicide and have a woman burn up like that, it's sinister.

"We're positive that, at some point, we're going to make an arrest in the case," Sadler said. "We will not rest until this person is in custody."

Police have not named a suspect or disclosed a motive, but repeatedly said they are certain the fire was intentionally set and that Sanchez-Reyes was the target.

The 5:30 a.m. fire at 14 N. Plum St. also injured two children, both of whom suffered serious burns and smoke inhalation, Sadler said. They were in critical but stable condition on Tuesday, police said.

There were five people in the single-family row house when the fire broke out, the police chief said. They were: Sanchez-Reyes, her husband and their children, a 13-year-old boy and the two injured girls who are 8 and 9 years old.

Sadler said the teenage boy led his younger sisters to an attic window and helped them outside to an eave of the roof as the fire closed in. Outside, neighbor Jonathan Santiago heard screams from the children and took action, entering a nearby home, climbing to the attic and walking along the roofs of four row houses to reach the children before helping them to safety.

Sadler described both Santiago, 22, and the unidentified 13-year-old boy as heroes.

The teenager and his father were treated at a local hospital and released.

The coroner's office conducted an autopsy on Sanchez-Reyes Tuesday morning, but said the cause and manner of her death were still under investigation.

"There are still other tests and studies and additional information we're getting as a result of the investigation that will help determine the cause and manner of death," said the coroner, Dr. Stephen G. Diamantoni.

Sadler said the victim's body was badly burned in the fire.

Her family told police they want privacy and do not want to speak to the media or have her picture published.

Investigators said they believe there is no danger to the general public.

City police Capt. Pete Anders said investigators are "pouring all our resources" into determining what happened.

County property records show that Sanchez-Reyes and Carlos A. Montalvo bought the home in March 2007. Public records indicate the two were married before District Judge Cheryl N. Hartman in September 2000.

According to city records, Sanchez-Reyes sought approval from the zoning hearing board in 2009 to operate a home day care there for six children. It is unclear from the records whether she received the approval.