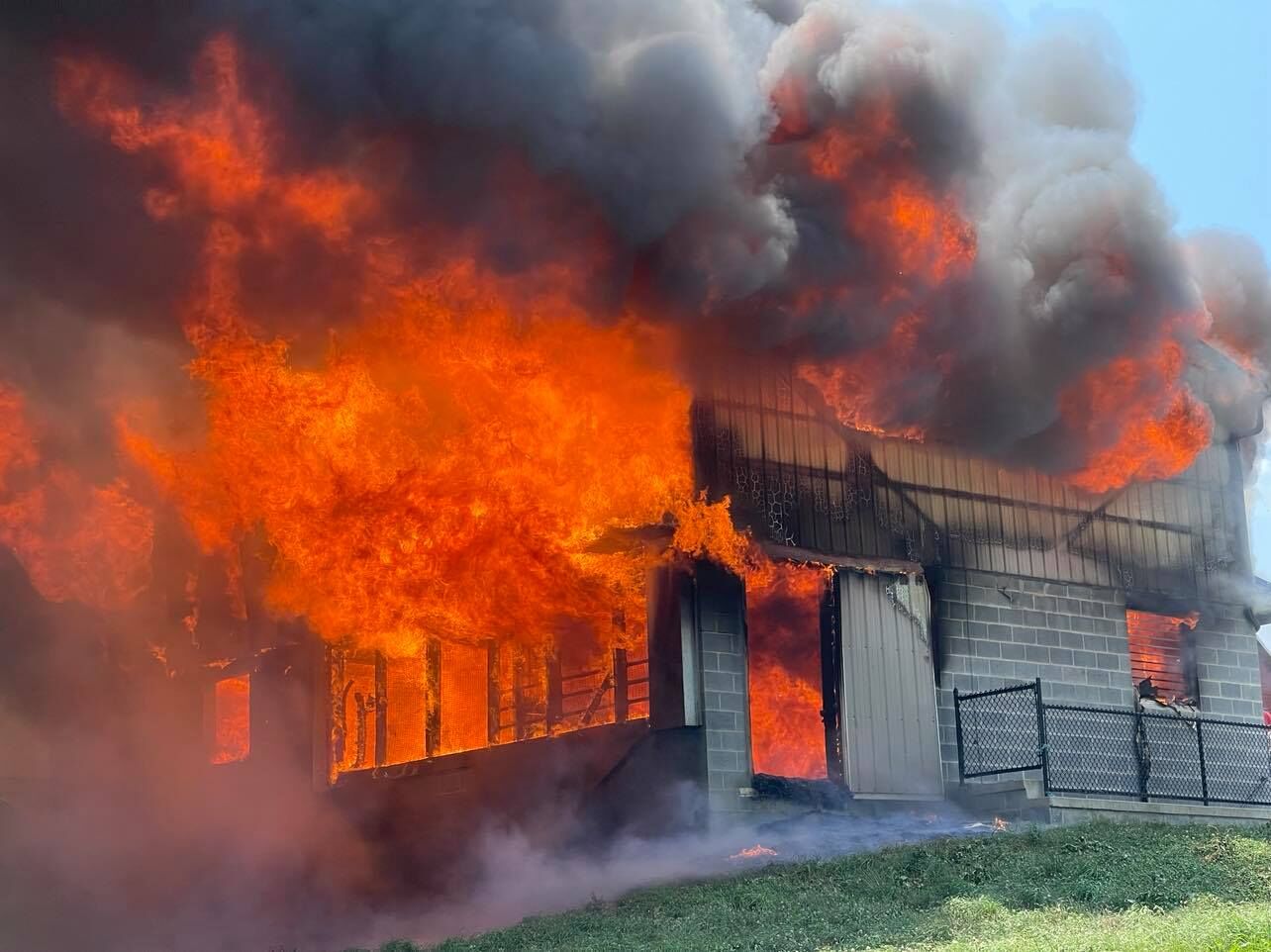 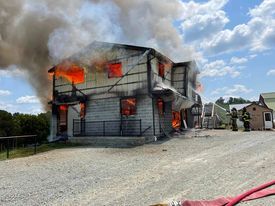 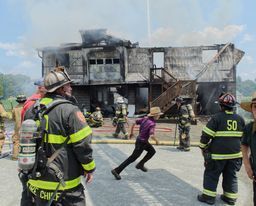 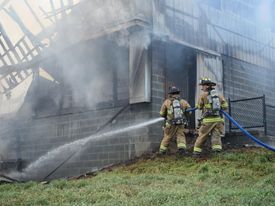 A horse was killed and a barn was burned beyond repair during a Friday afternoon fire in Pequea Township.

“When I arrived, we had fire on the first and second floor, front and back,” Topper said, adding that firefighters were called to the area about 1:19 p.m.

Topper estimated that the fire was largely extinguished in about 30 minutes.

He said the first floor of the barn housed stables for horses, as well as a small machine shop, and hay was stored in an upper, loft-like floor, which likely became fuel for the fire.

“Within a couple minutes, the entire building had flames coming out of all of the windows and the doorways,” Topper said.

There were two horses inside the barn at the time that the fire ignited, the chief said. One escaped to safety and the other died in the blaze, he said.

No people, including responding firefighters, were injured, Topper said.

The barn also had a basement, which contained a large freezer, Topper said, describing it as a “community freezer,” where multiple local families stored food.

The freezer was powered by a diesel generator, and it appears that the system somehow malfunctioned, causing the blaze, Topper said.

The basement area, beneath a concrete floor, was not as badly damaged as the rest of the barn, which was totally lost to flames, according to the chief.

“It looks like the majority of the food was saved,” he said, explaining that a refrigerator truck also was driven to the scene to transport those items away.

However, he also pointed out that nearby buildings — a home and an outbuilding — were saved.

The barn’s flames were hot enough to melt siding on the home, Topper said, guessing that it was only about 20 yards away. The outbuilding was not damaged, he said.

Those buildings were saved, he said, due to a quick response from firefighters, who showed up in larger-than-normal numbers, especially on a weekday afternoon. Topper said about nine or 10 departments responded.

“We had it out pretty quickly,” he said.