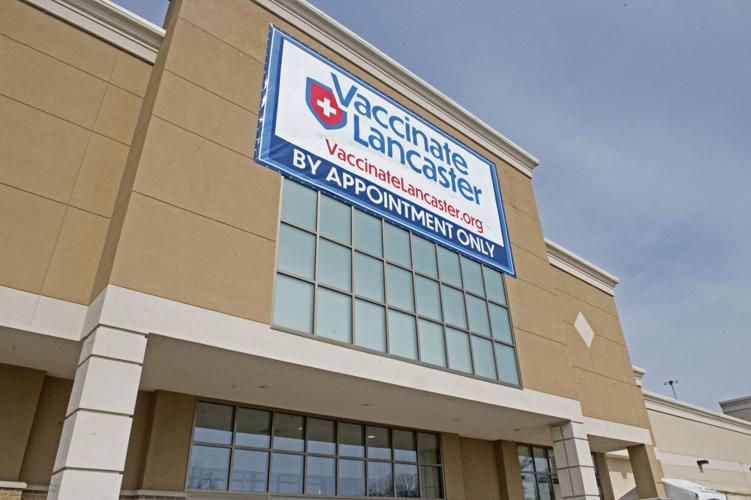 Pictured is the Lancaster County Community Vaccination Center in the former Bon-Ton store at Park City Center on Tuesday, March 9, 2021. 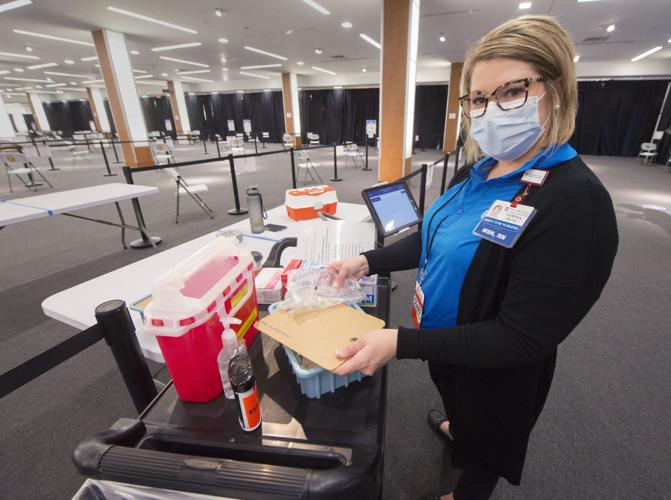 Pictured is the Lancaster County Community Vaccination Center in the former Bon-Ton store at Park City Center on Tuesday, March 9, 2021.

As many Lancaster County residents eligible to receive the COVID-19 vaccine find themselves waiting for an appointment, some people have apparently been trying to game the system to increase their odds of getting a shot from the county’s mass vaccination center.

Officials at the community vaccination center at Park City Center know it’s happening and would like people to play fair.

According to vaccination center staff, some users are taking advantage of how the registration system was set up. To block someone from registering more than once, the system flags repeat registrations as long as a user enters the exact same information, according to center spokesman Brett Marcy. When the system was created, officials thought that would prevent duplicate registrations.

“However, we have had many instances of this: People can change specific aspects of the information that they put into the registration system, and if there's a change, then that that person shows up more than once,” he said.

For example, a person might enter their full name, Steven or Elizabeth, on their first registration, then register again as Steve or Liz.

Marcy couldn’t say how widespread the problem is, just that it’s more than staff would like to see. He also acknowledged some instances could be unintentional.

“We understand some individuals may unintentionally register twice, but we are respectfully asking individuals not to enter multiple registrations as it does not increase their chances of being selected for an appointment and only further complicates the registration and scheduling process,” he said.

Marcy also addressed a question about how vaccination appointments are assigned to eligible people who register, a subject of several complaints made to LNP | LancasterOnline.

Currently, only people in Phase 1a are eligible, which includes health care workers, long-term care home residents and people 65 or older. It also includes those between 16 and 64 with high-risk conditions such as cancer, heart disease, immunodeficiency, obesity and people who smoke.

A common complaint to LNP is that someone younger than 65 has been given the vaccine while an older person still waits to be scheduled.

The answer why that happens is that appointments are doled out randomly -- by design.

“From the system’s perspective, 1a is 1a,” Marcy said. “We recognize the frustration but that’s the way the phased system works.”

The randomization is entirely computer based, he added. “It’s not as if somebody is picking a number.”

And because staff realized that not everybody has access to a computer, people may call 717-588-1020 to register and make an appointment for the first dose, and 717-588-1026 to schedule a second dose. Staff enter callers’ information into the same system that people use to register online, Marcy said.

“It helps to even the playing field for those who may have barriers. They get the same access. It’s very important to us that everyone has equal access,” Marcy said.

People who are scheduled for a vaccination appointment receive an email with a special symbol (a QR code) that staff scan to verify when a person arrives for their shot. A version of this system used in Philadelphia resulted in people jumping in line for appointments, as the QR codes were not unique, allowing people who registered to share their QR codes with others.

“Our registration and scheduling system does not allow a QR code to be used more than once. If someone shares their QR code, that code can only be used once. The information within the code cannot be stripped and reused,” he said.

About 110,000 people have registered for the vaccine through VaccinateLancaster.com, of which about three-quarters are people in phase 1a. About 20,000 people have gotten their first doses since the center opened March 10. Second doses will begin in April.

Unlike the first dose, scheduling for the second dose is not random; instead, people are invited to schedule their second dose either by computer or phone, Marcy said.

A vaccine twofer in today’s Watchdog.

HARRISBURG — The Wolf administration is refusing to disclose details of wasted coronavirus vaccine doses, including how many have been discarded by each provider, citing a decades-old law that it has frequently used to shield the public from scrutinizing its pandemic response.

Pennsylvania reached the 1 million mark in coronavirus cases on Thursday, meaning nearly 8% of the state’s population is confirmed to have bee…