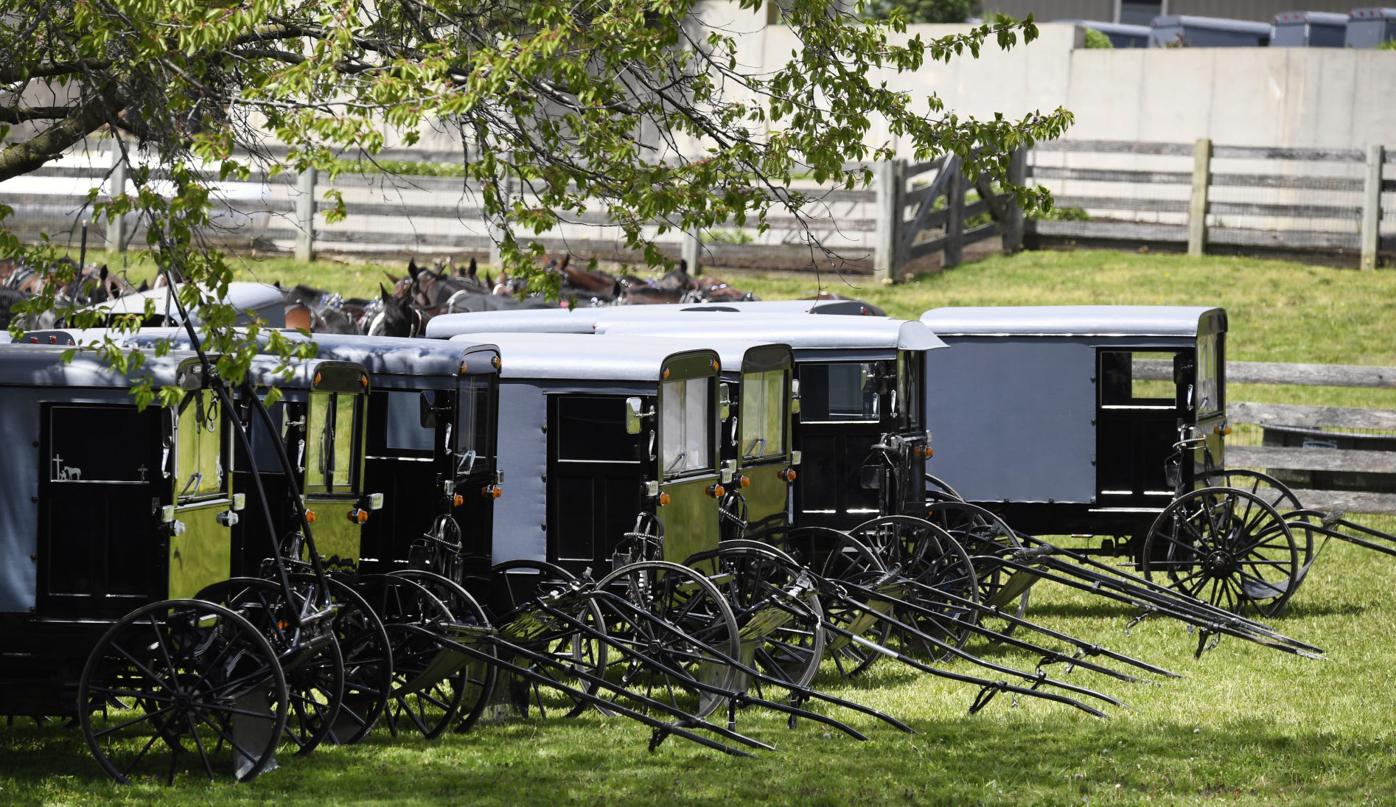 Amish buggies parked at a farm for a wedding along Snake Lane in Salisbury Twp. Tuesday May 12, 2020. 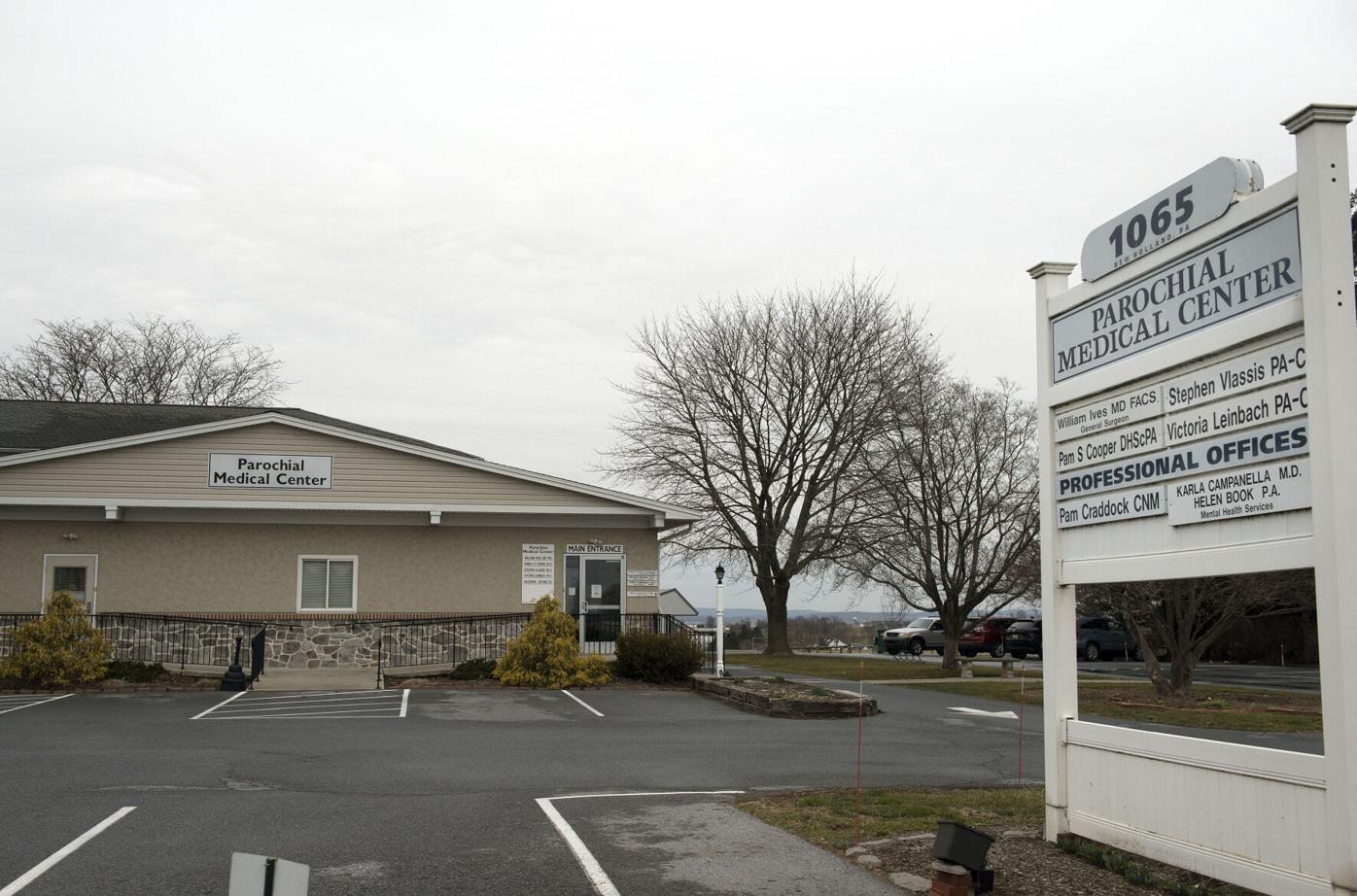 Amish buggies parked at a farm for a wedding along Snake Lane in Salisbury Twp. Tuesday May 12, 2020.

The effort to immunize the difficult-to-reach in rural Lancaster County — including the Plain community — ended in July with eroding demand for COVID-19 shots at pop-up clinics targeting the unvaccinated.

In the final weeks of the campaign, COVID-19 vaccinations dropped off significantly at the Peach Bottom and Center Paradise sites with just a handful of inoculations a week, said Alice Yoder, executive director of Community Health at Penn Medicine Lancaster General Health.

“We still have the ability to do pop-ups,” said Yoder, facilitator of the COVID-19 Access and Equity Coalition, which has since disbanded.

Yoder added, “We’re committed to being there when anyone changes their mind and wants to get it.”

The COVID-19 Access and Equity Coalition was comprised of about 30 members with various ties to vulnerable communities.

The idea behind these ongoing pop-up clinics was to vaccinate individuals where they are. Yoder said a clinic can still be scheduled for a group.

The strategy moving forward will be family practices, said Yoder, adding she didn’t believe a door-to-door campaign in rural Lancaster County is feasible.

Since beginning in early May, fewer than 400 people were vaccinated at these rural, pop-up clinics. This includes about a dozen individuals who self-identified as Amish or Mennonite, Yoder said.

Because demographic information collected by health officials — such as race and ethnicity — does not include religion, the public may never know the extent of vaccine hesitancy among the Plain.

The Amish emphasis on strong social bonds and religious gatherings has posed a unique public health challenge during the pandemic.

Last spring a COVID-19 wave tore through the Plain community infecting as many as 90% of families, in the estimation of Allen Hoover, administrator of the Parochial Medical Center in New Holland.

The Plain community — Hoover and others have said — believe the religious enclave achieved what no other community has, herd immunity.

At the height of the Plain outbreak last year, health officials at the medical center said roughly 15% of the patients they saw daily were infected with COVID-19.

“There’s more of a feeling, since we had it, what’s the use?” Hoover said of the COVID-19 vaccines.

Located in the heart of the Amish community, the Parochial Medical Center has 33,000 active patients, making it among the largest medical provider catering to the Plain community.

In Lancaster County the Plain community, which includes both Amish and Mennonites, represent nearly 8% of the more than 545,000 residents living in the county, according to estimates from Elizabethtown College’s Young Center for Anabaptist and Pietist Studies.

Herd immunity — either through infection or vaccination — has been touted as the way back to normal.

Epidemiologists, though, recommend inoculation against COVID-19 — even for the previously infected — because the immune system response to vaccination is more robust.

An outbreak among the Plain would impact the wider community. While these religious sects are insular, they are not isolated. The Plain mingle with the English, as they refer to non-Amish neighbors, in grocery stores, their places of business and other public spaces.

The Parochial Medical Center is still seeing patients with COVID-19 infections, although not at nearly the rate as last year, Hoover said.

In an LNP | LancasterOnline interview on July 27, Hoover said the center was seeing one-to-two infections a week and that at least two elderly Plain patients, who were immunocompromised, have died.

The center — which is not a vaccine provider — only recommends a COVID-19 vaccine for the elderly and immunocompromised patients, Hoover said.

"Once all the political hoopla is over, it'll probably be more like the regular flu," Hoover said of the COVID-19 vaccine.

A 2017 study examining Amish vaccine perceptions in Lancaster County found the majority had a positive attitude toward immunizations, and roughly six in 10 surveyed were likely to vaccinate their children.

The study also noted that three out of the four surveyed said they had never discussed vaccination with their health care provider.

“Providers are missing many opportunities to discuss vaccines with Amish parents,” wrote Pam Cooper, a physician’s assistant at the Parochial Medical Center and author of the study.

Despite lower childhood vaccination rates among the Amish, there is no religious prohibition.

Public health officials had been hopeful that the Anabaptists could be persuaded — as they were with polio and measles outbreaks — to embrace the COVID-19 vaccination effort.

As of Monday, roughly 54% of Lancaster County residents were fully vaccinated.

Public health officials, including Yoder at LG Health, expect that percentage to climb once the U.S. Food and Drug Administration fully approves vaccines, which in the case of the Pfizer-BioNTech COVID-19 vaccine could come as soon as this month.

“When that happens, I think we’re going to see a bump, but I don’t know to what extent,” Yoder said.

9 out of 10 households in Plain community hit by COVID-19 in Lancaster County, health expert says. Was it herd immunity?

Over the past three weeks, Pennsylvania providers have increasingly requested fewer doses of…

What people in Lancaster County are saying about wearing masks, the rise in cases

With Lancaster County’s new COVID-19 case numbers, based on last week’s data, the county is in the Centers for Disease Control and Prevention’…

Nearly 64% of Pennsylvania adults are fully vaccinated, a small increase compared to July and a worrying plateau as the delta variant surges across the country.

Lancaster County is again defined as having a high level of community transmission for COVID-19, with more than 100 new cases per 100,000 popu…

These legislative districts in Lancaster County have some of the most, least vaccinated people in Pa.