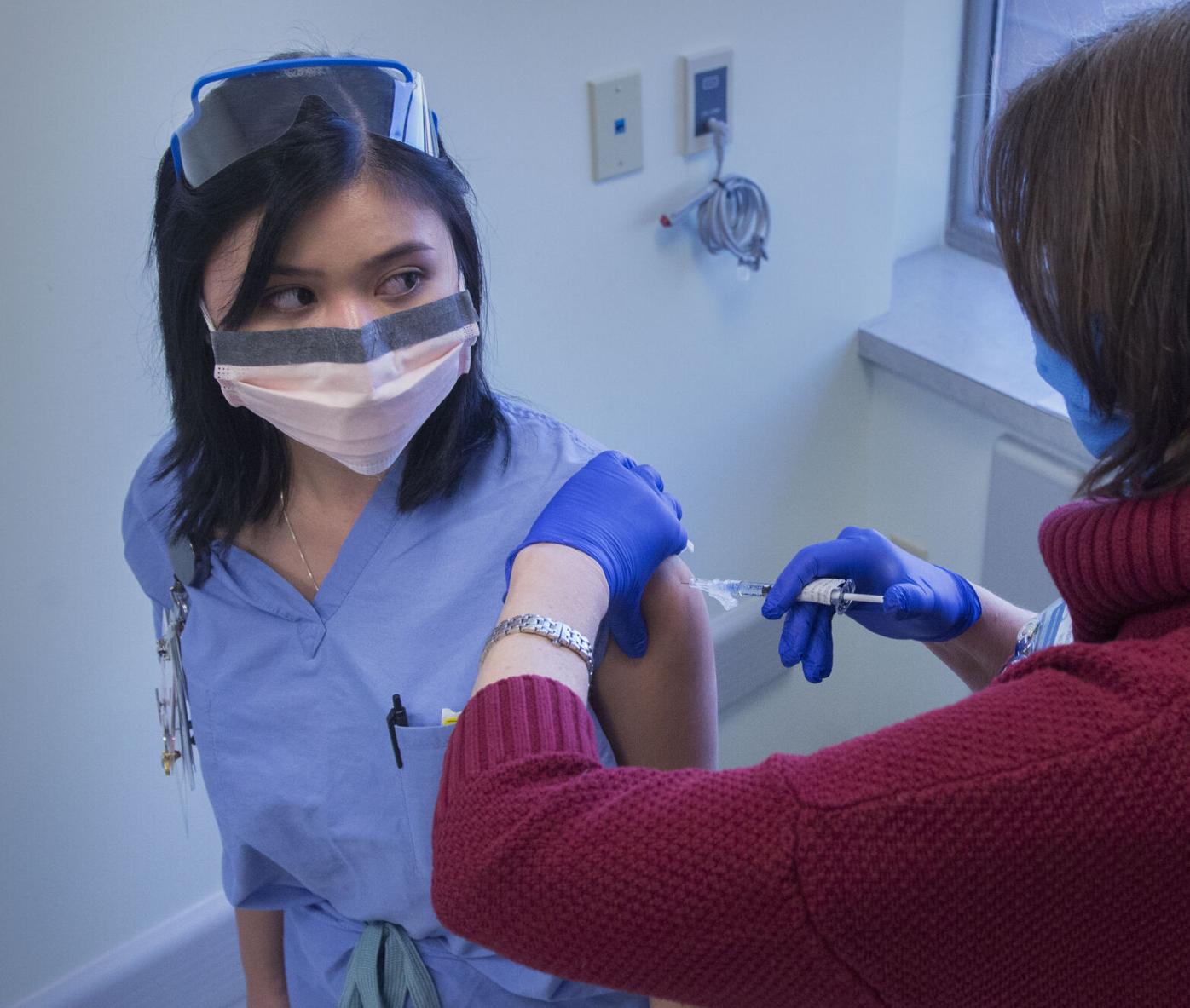 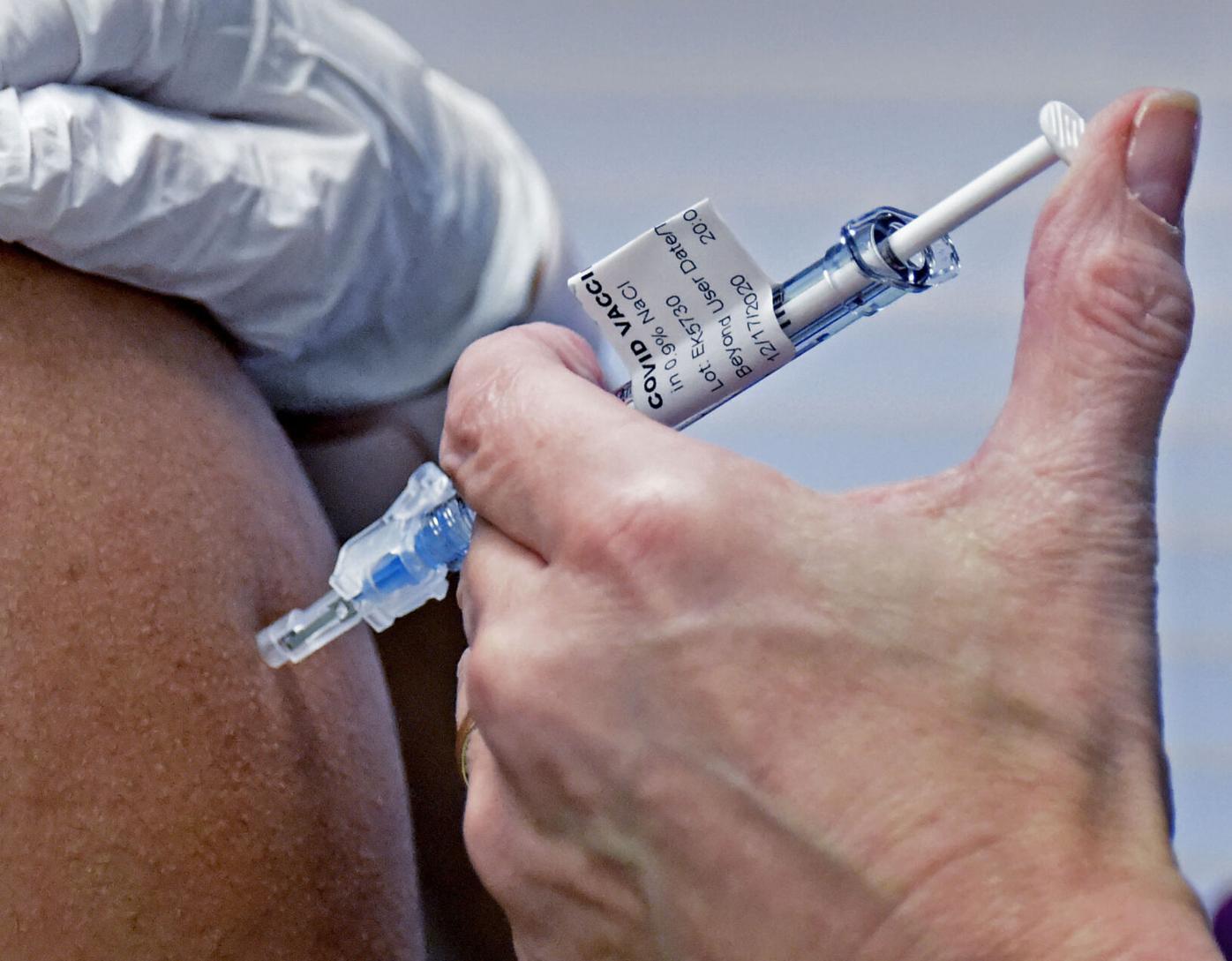 A dose of Pfizer's COVID-19 vaccine is given in Lancaster County.

A dose of Pfizer's COVID-19 vaccine is given in Lancaster County.

Local hospitals are waiting on the details.

Only Penn Medicine Lancaster General Health has a staff vaccine mandate in place. Announced in May, the mandate went into effect Sept. 1.

Only UPMC and Penn State Health responded. LG Health and WellSpan Health did not respond in time for publication.

“UPMC leadership is reviewing the announcement by President Biden and awaiting further guidance regarding implementation and details,” Tyler Wagner, a UPMC spokesperson, said in an email. “We believe everyone eligible should get the COVID-19 vaccine. Vaccination saves lives — it protects you, your loved ones and our communities.”

As late as Wednesday, UPMC officials have stood by their decision to educate rather than mandate vaccination for staff.

Penn State Health, too, has no immediate plans to implement the mandate.

“We understand that vaccine mandates are an emotionally charged issue,” David P. Swift, Penn State Health senior vice president and chief human resources officer, said in a companywide email Friday. “We know many members of the Penn State Health family have strong feelings on the issue—some in favor of a mandate and some very much against the idea.”

Swift added, “We know that no matter what direction we choose or are required to take, not everyone will agree with it.”

Before announcing its mandate in May, roughly 66% of LG Health staff were vaccinated. Today that the number is better than 97%.

The percentage across the UPMC system has been stuck at about 70% since May.

Swift said roughly 82% of the Penn State workforce is vaccinated.

WellSpan Health has repeatedly refused to disclose its staff vaccination rate. While the health system doesn’t have a vaccine mandate, it does require unvaccinated staff to be tested twice a month.

Once enacted, Biden’s new vaccine mandate will impact about 17 million health care workers nationally. The mandate applies, as the one announced last month for nursing homes, to health care facilities that accept Medicare and Medicaid, the social safety nets for the elderly and poor.

Federal spending for these programs accounts for more than a third of the nation’s total health expenditures.

In 2019, Medicare spending was $799.4 billion, or 21% of the total national health expenditures, while Medicaid was $613.5 billion, or 16%, according the Centers for Medicare and Medicaid Services.

Raising vaccination rate in Lancaster County could cut cases in half, model shows

With COVID-19 infections on the rise, Penn State Health announced Monday that it would again report online — three times weekly — the number o…

Dr. Kenneth Brown — who wrote the Merck & Co. research protocols to study ivermectin as a treatment for river blindness — was ecstatic to …