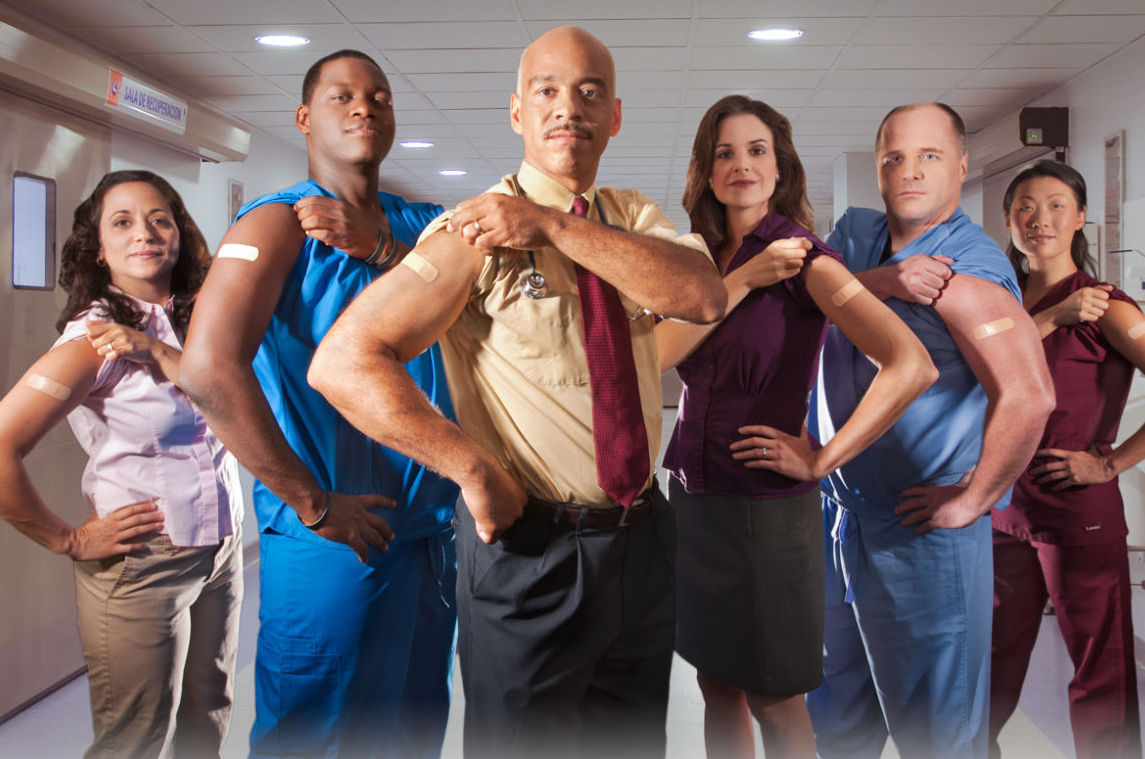 This image is from an "Earn Your Stripes" flu shot campaign by the Pennsylvania Department of Health. 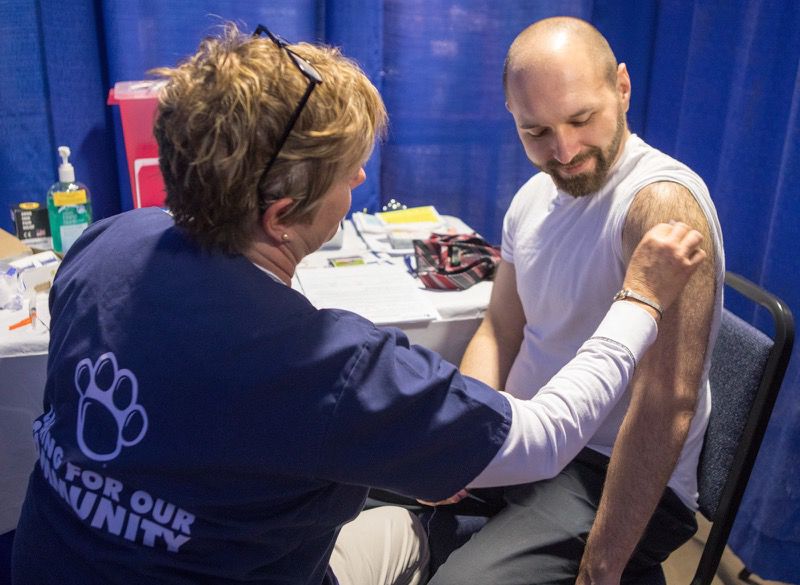 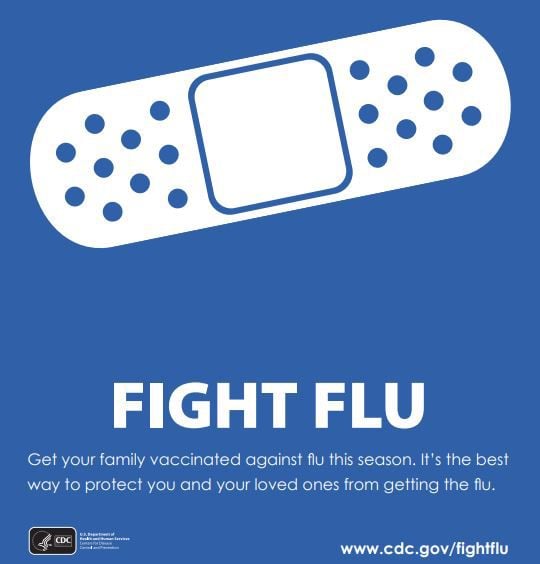 CDC poster encouraging people to get vaccinated against the flu.

This image is from an "Earn Your Stripes" flu shot campaign by the Pennsylvania Department of Health.

CDC poster encouraging people to get vaccinated against the flu.

The U.S. Centers for Disease Control and Prevention's longstanding recommendation has been to get the flu vaccine in early fall, by the end of October each year. "Getting vaccinated early (for example, in July or August) is likely to be associated with reduced protection against flu infection later in the flu season, particularly among older adults," it says.

On timing, longstanding recommendation to get it by end of October -- not rush out right now -- still holds. But for kids 8 & younger, who need 2 at least a month apart, it recommends first ASAP. https://t.co/levvrWI0Ca pic.twitter.com/t0oiupkdiS

CVS: All pharmacy and MinuteClinic locations.

Giant Food Markets: At pharmacies. By Sept. 1, giantfoodstores.com/flushot will have info on drive-up vaccinations offered between Sept. 13 and Oct. 17.

Rite Aid: At all locations.

Sloan's Pharmacy: All locations for people age 65 and older; versions for younger people are coming.

COVID + Influenza: This Is a Good Year to Get a Flu Shot, Experts Advise

Penn Medicine Lancaster General Health:  Starting in September at family practices, and at urgent cares for the first time at $32.

Pennsylvania also intends to again offer flu vaccine appointments for the uninsured or underinsured, as it has in the past via the county’s State Health Center at 1661 Old Philadelphia Pike in East Lampeter Township, according to spokesman Nate Wardle.

However, Wardle wrote in an email, the department does not usually have those flu vaccines until September, and the centers are not currently open.

How effective is this year's flu shot? Here's what we know so far

Shingles Vaccination Rate Soars But Leaves Many Behind

The City of Lancaster issued a boil water advisory after a water main break, the city said Wednesday morning.

For the first time since early in the pandemic, the Lancaster County Coroner’s weekly report shows no new COVID-19 deaths among residents of l…