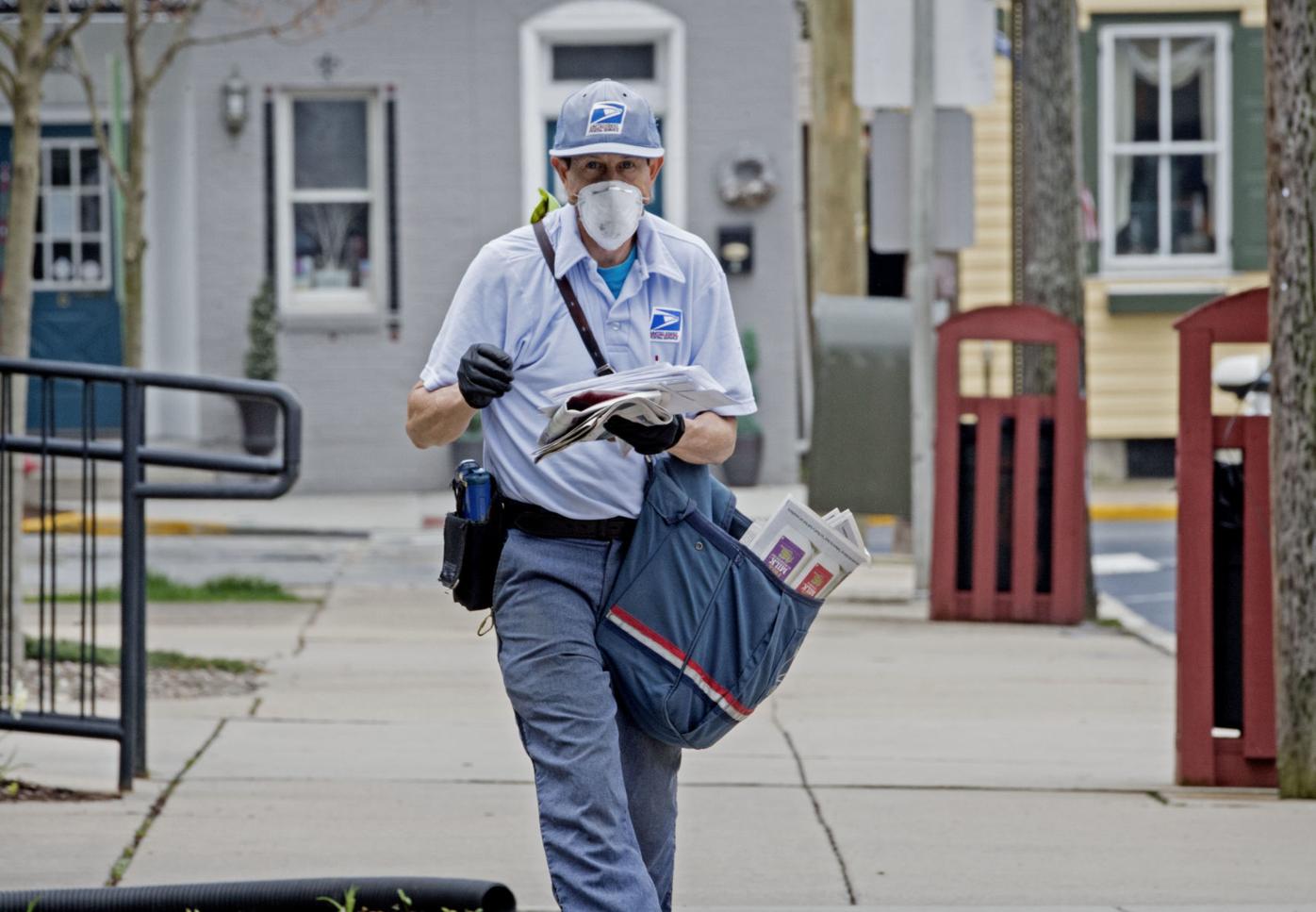 This chart from the Pennsylvania Department of Health's website shows the current decrease in COVID-19 hospitalizations in Lancaster County. The chart depicts the 14-day daily average number of patients over the course of the pandemic. The average was at 74 on May 5, 2021, down from a spring peak of 93 on April 24.

Editor's note: An earlier version of this article contained incorrect totals for COVID-19 deaths in Lancaster County in March and April.

COVID-19 cases, hospitalizations and deaths all increased in Lancaster County in April, but trends are looking better so far in May, even though infection rates remain high and spread of the virus remains a major concern.

An LNP|LancasterOnline analysis of state and county data shows that in the month of April, Lancaster County:

• Averaged 81 COVID-19 patients in its hospitals, which was more than twice the average of 37 in March, according to the DOH data.

• Recorded 33 new COVID-19 deaths, up from 30 in March, according to the county’s coroner, Dr. Stephen Diamantoni.

The increases occurred even as vaccination efforts ramped up here, but case and hospitalization rates are now showing improvement as more than half of the county’s adult population is now at least partially vaccinated against the coronavirus.

Over the past week, the number of new COVID-19 cases here has averaged 115 per day, down from 156 the previous week and 188 two weeks ago.

The number of COVID-19 patients in local hospitals has averaged 62 in the past week, down from 86 patients the previous week and 96 two weeks ago.

It is less clear if deaths are declining steadily, but the mini-spike that led to 26 deaths in 14 days here in late April appears to have eased. The county is now averaging closer to one death per day, with only five deaths so far in May, the coroner's data indicates.

Despite the improving trend, Lancaster County is still considered an area of high risk for coronavirus transmission.

The county has been in the state's "substantial" category for transmission since October. That means it has had either 100 of more cases per 100,000 residents over seven days — or a 10% or higher positivity rate in COVID-19 tests — throughout that period.

Gov. Tom Wolf announced Tuesday that the state will drop all coronavirus mitigation orders except masking on Memorial Day, May 31. The mask mandate will be lifted once 70% of Pennsylvanians age 18 and older are fully vaccinated, he added.

About 42% of adult Pennsylvanians were fully vaccinated as of Tuesday, according to federal data. The figure was just below 40% for Lancaster County, according to state Department of Health data.

Reaching the 70% mark could be weeks or months away, and Wolf's statement was seen, in part, as an incentive for those who are resisting vaccination.

In Lancaster County, the number of fully vaccinated people increased by about 22,000 in the past week, according to the health department. If that pace continued, the county could, in theory, hit the 70% mark around mid-June.

Pa. will lift all COVID-19 restrictions on Memorial Day; here's a look at what is changing

Gov. Tom Wolf announced Tuesday that mitigation orders, except for masking, will be lifted o…

Gov. Wolf to lift all COVID-19 mitigations, except for mask wearing [update]

Starting Memorial Day, May 31, Pennsylvania residents will have only one COVID-19 mitigation order to follow: wear a mask, with a few exceptions. Other orders related to social gatherings, dining out and more will no longer be in place. What does this mean for Lancaster County school districts?

The Solanco school board is facing pressure from a group of residents who want their children to have a choice whether they want to wear a face mask in school.

If Pa. senators want businesses to thrive this summer, they ought to champion COVID-19 vaccination [editorial]