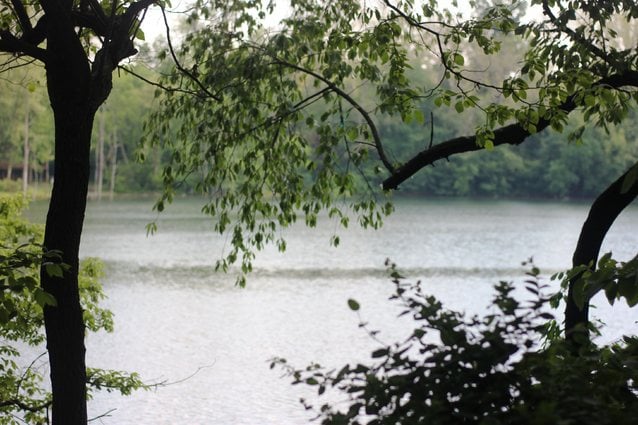 This is the view overlooking Lake Grubb from the three-quarter-mile marker on the trail. (Lindsey Blest) 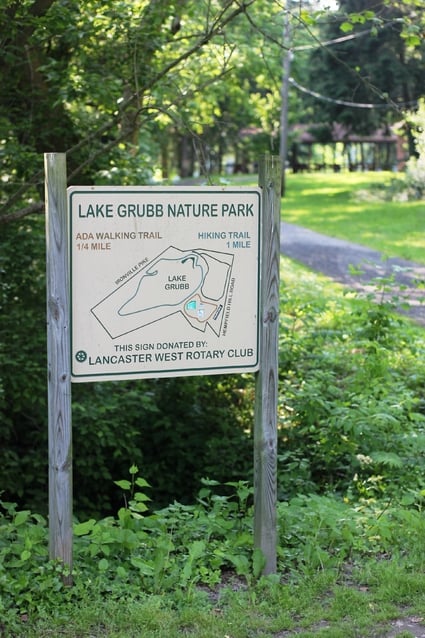 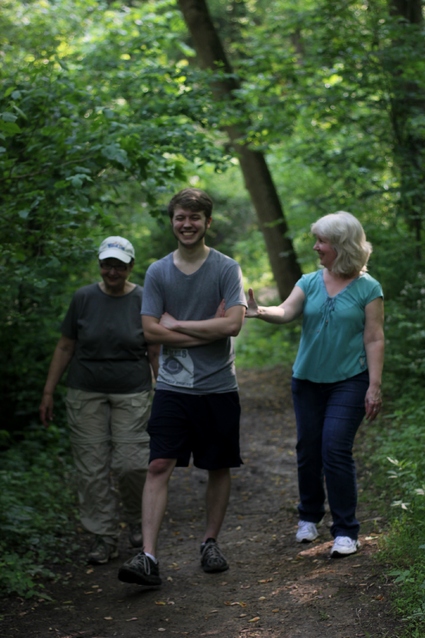 Bettina Heffner, of Lancaster, and Kyle Williams and Karen Williams, of Lititz, take an afternoon stroll along the trail in Lake Grubb Nature Park in this 2013 file photo. 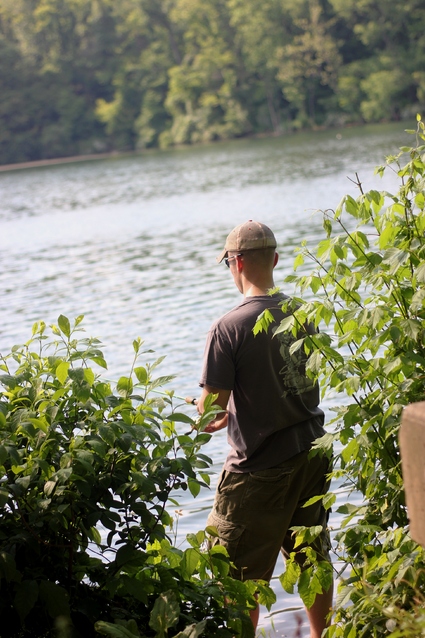 Brian Henry, of Harrisburg, fishes along the shoreline of Lake Grubb in this 2013 file photo.

This is the view overlooking Lake Grubb from the three-quarter-mile marker on the trail. (Lindsey Blest)

Bettina Heffner, of Lancaster, and Kyle Williams and Karen Williams, of Lititz, take an afternoon stroll along the trail in Lake Grubb Nature Park in this 2013 file photo.

Brian Henry, of Harrisburg, fishes along the shoreline of Lake Grubb in this 2013 file photo.

Editor's note: Each Sunday throughout the summer, Lancaster Newspapers interns will report on a hiking trail they experienced firsthand.

The debut hike in the "Let's Hike Lancaster County" series is Lake Grubb Nature Park in West Hempfield Township. As a man mentioned under his breath while following the trail, "It's a little muddy."

Found on Hempfield Hill Road, Lake Grubb Nature Park features a manmade lake in the ore pit of the old iron mine excavated on the site in the 1800s, according to Ron Youtz, West Hempfield Township manager.

"After some time, going into the 20th century, Mountville Borough used it as its water supply, until about 2000," Youtz said of Lake Grubb. When the borough stopped drawing water, the lake's level rose. The borough, which owns the land, and West Hempfield Township used state funding and grants to turn the site into a park, which opened in July 2003.

A one-mile trail full of hills encircles the lake, surrounded on either side by trees, creating a junglelike feel. The trail itself consists of mostly dirt, with gravel areas sprinkled throughout. The dirt path can make for wet and slippery hiking, though. With the heavy foliage looming overhead, the sun does not touch much of the trail, so mud might not dry for several days after a heavy rain.

Throughout the trail are several designated fishing areas where visitors are encouraged to climb down the lip of the trail and fish among the shrubbery. Boating and swimming are not allowed, however.

Youtz says the park is heavily visited. "It's rare to go over there during the day and there aren't at least a few cars in the parking lot," he said. "It's well-used over the weekend; it's difficult to find a parking spot."

Lancaster city resident Bettina Heffner is a frequent visitor to the park. Hiking there with her recently were stepdaughter Karen Williams and Karen's son, Kyle, both of Lititz.

"This old ... site was transformed into a place for public access, and it's wonderful," Heffner said.

Harrisburg residents Molly Hutson and Brian Henry, recently spotted fishing near the entrance of the trail, are pleased with the park.

"I think it's beautiful," Henry said, reeling in his line. So far, the angler had not put any fish in his creel, but the 13-acre lake, up to 180-feet deep in some places, promises a catch lurking somewhere in its waters.

There are various openings along the trail in which a view of the lake and its surroundings can be enjoyed. These openings provide a bench or two so hikers can take a break.

"I come here a couple times a week for exercise," Columbia native Paul Von Snyder IV said. "I do a lot of jogging."

To the left of the entrance of the park, there is a short trail leading to a small playground. Children will find swings, a jungle gym and several other climbable toys to play on.

Two pavilions with electrical outlets can comfortably hold 100 people for events. Bathrooms are also available, making the park family friendly and comfortable for daylong fishing trips. Pets are not permitted in the park.

Those interested in reserving a pavilion for a day can call West Hempfield Township; the fee is $35.

The trail and park are open from dawn to dusk.

For more information on Lake Grubb, visit www.twp.west-hempfield.pa.us and go to "Parks and Recreation," or call 285-5554. Next week: Conewago Recreation Trail.

The Latest: Atlanta protests have festive air with music

Lancaster County 2020 voting update: here is how many mail-in ballots have been counted

Lancaster County is full of places that offer great hiking trails. These articles offer some details on 10 of them.

Spring has arrived early. Here are some great spots to take advantage of the nice weather.

To celebrate the nicer weather, we thought we'd revisit a previous story that offers an idea of what you can do to take advantage of the gorge…