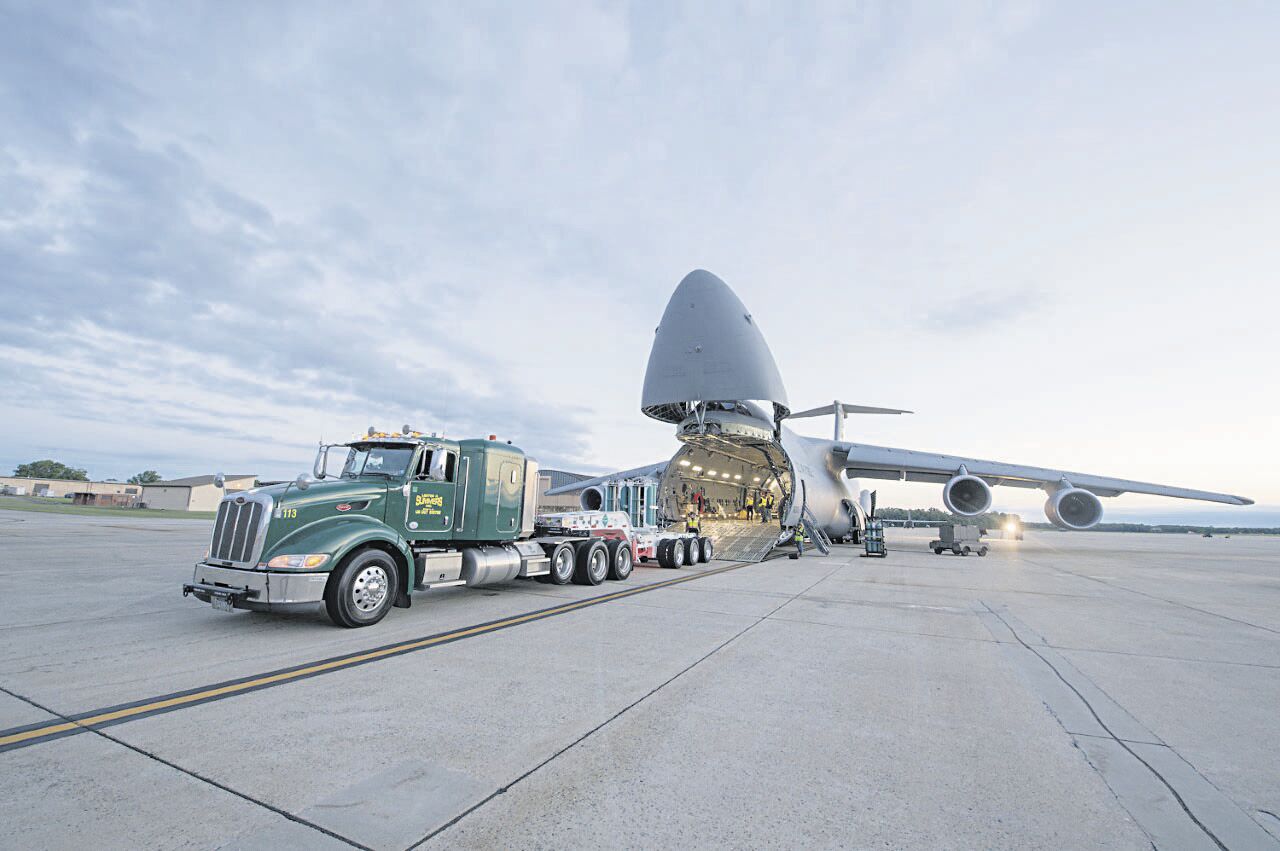 An 80-ton space telescope is loaded onto an airplane from a truck belonging to Summers Trucking of Ephrata. 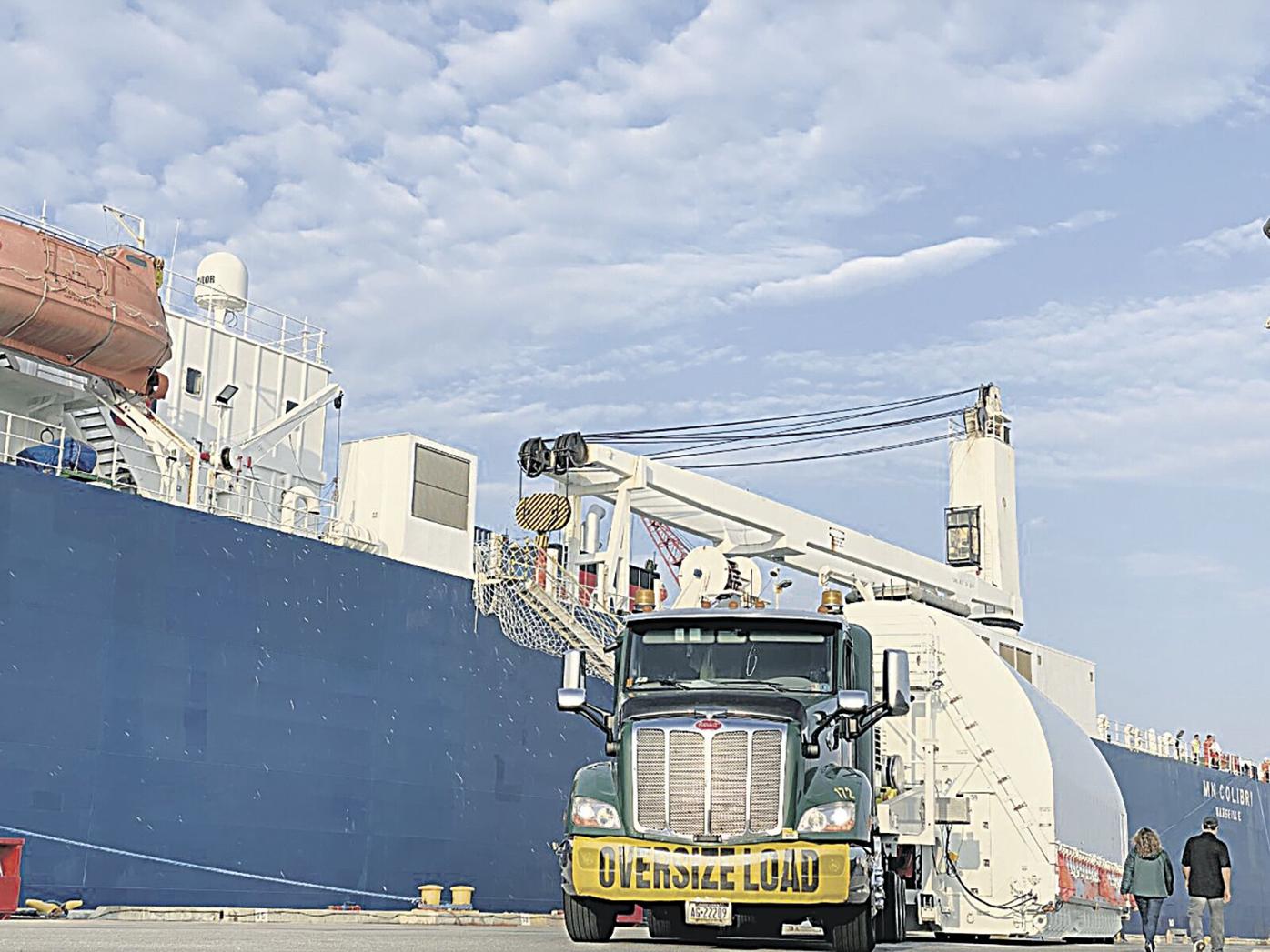 An 80-ton space telescope is loaded onto a truck of Summers Trucking of Ephrata. 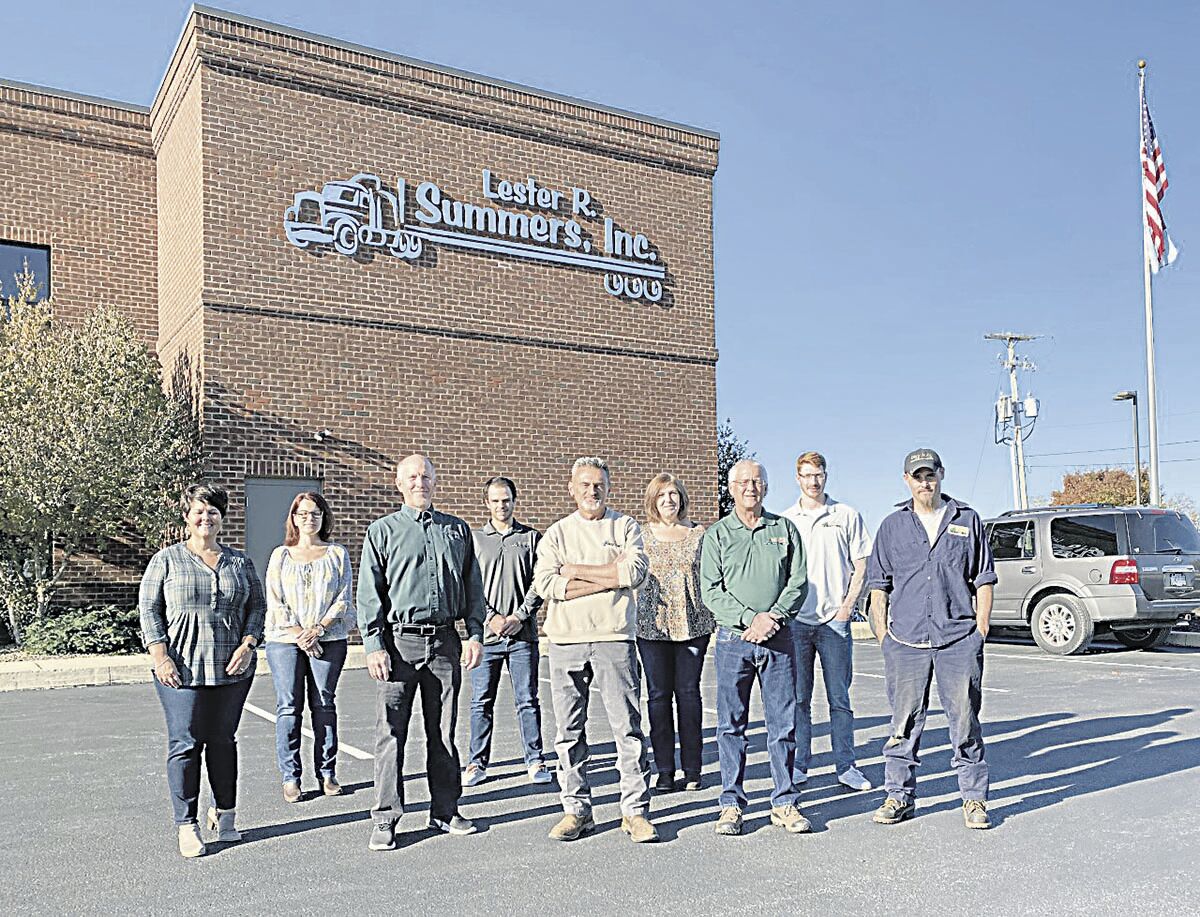 An 80-ton space telescope is loaded onto an airplane from a truck belonging to Summers Trucking of Ephrata.

Who do you call when you want to transport an 80-ton space telescope across the country to California and then to South America?

That was the dilemma for NASA, when they needed a flawlessly reliable transport company to move the 160,000-pound James Webb Space Telescope from Greenbelt, Md. to Houston, Texas., and then from Redondo Beach to Seal Beach, Calif.

So who did NASA call to accomplish this monumental task? None other than Summers Trucking of Ephrata, officially Lester R. Summers, Inc., with its roots dating back to 1946.

From the Naval base in California, the telescope was loaded onto a ship, transported through the Panama Canal and then to French Guiana in South America. Nearly every step of the way, the telescope was under the watchful care of Summers Trucking.

There is a good reason that NASA absolutely needed a company they could trust to transport the telescope safely. It is worth $10 billion.

“We have been working with NASA since 2009. NASA needed a company with a reputation for safety. With so much on the line, there was no room for errors. It has to be perfect,” says John Summers, vice president of customer solutions and grandson of the company’s founder, Lester R. Summers.

Summers Trucking has worked with local companies, and is known for hauling everything from precast concrete to steel bridge components to the 48 contiguous states. They have hauled huge parts to the Statue of Liberty Museum at Liberty and Ellis Islands and the Meadowlands Sports Complex in New Jersey.

After 12 years of working with NASA, Summers Trucking had proven itself. When NASA needed a company to transport the massive Webb Telescope, they turned to Summers Trucking, and Summers delivered.

“There are major challenges when moving such tall objects,” says Summers. “Especially in the Eastern U.S., which is more populated and highways are more congested.”

Most of the items transported for NASA leave from the Goddard Space Flight Center in Greenbelt, Md. near Washington, D.C. The route has to be carefully planned and mapped out. There are bridges to cross, highways to travel, and underpasses that must be bypassed. Most bridge underpasses have just 13 1/2 feet of clearance. The James Webb Space Telescope container measures 17 feet high and 18 feet wide. Planners have to determine a route that will get the telescope safely to its destination.

Summers Trucking worked with NASA, hauling the telescope across the country. Then in September, the massive container made its last U.S. portion of the trip from Northrop Grumman’s facility in Redondo Beach to Seal Beach, Calif. where it was driven onto a waiting ship.

During the next 16 days, the telescope was on board the ship at sea, passing through the Panama Canal and eventually reaching the port in South America. The Summers Trucking driver and team then worked to maneuver the observatory from the ship to the launch location in French Guiana.

The launch of the Webb Telescope is set for Dec. 18. Since it is a joint project developed by NASA, the European Space Agency, and the Canadian Space Agency, the site in French Guiana was selected for the best conditions for its launch.

“We’ve worked with NASA for years, but James Webb is different. It’s a project that will impact the world in a positive way for decades to come and it’s an honor to be part of that,” says Summers.

Much of the pressure for getting the telescope safely to its destination rests on the capable shoulders of long-time Summers driver George Ardelean. He has worked for Summers for 23 years. NASA has put its trust in Ardelean for good reason.

“We have done a lot of work together, and it feels good to know they want to keep working with Summers and with me,” says Ardelean. “Sometimes people want to remind you about how much money is sitting back in the container.”

With nerves of steel and attention to absolutely every detail, he is able to overcome the stress that might overwhelm anyone else. Ardelean knows he has an expert team to back the transport from start to finish, explains John Summers.

His sister Rebecca Summers is president of Summers Trucking and his cousin Ken Summers is vice president of operations. Then there is lead dispatcher Nancy Umbenhauer, HR manager Stacey Reddig, and mechanic Nick Pent, to name just a few.

Umbenhauer is responsible for managing the five-person dispatch team who took care of permits, routing, and arranging for any needed escorts, police, and other route assistance. Stacey Reddig made sure insurance and medical updates were taken care of before the transport. Maintenance Shop Manager Dave Vile leads a staff of seven mechanics who ensure that the tractors and trailers are safe, through proactive maintenance and inspections. Paula Schrecengost is the lead estimator and billing coordinator of a five-person team.

“There are 17 drivers who have hauled for NASA over the years and we have hauled more than 200 moves for them since 2009, all leading up to this big launch,” says Summers. “Then there are all of our 91 employees, who have helped to make sure all of the pieces came together.”

The James Webb Space Telescope project started 25 years ago, and is a large, infrared-optimized space telescope. It was named for the late James Webb, the NASA administrator who crafted the Apollo program, and who was a staunch supporter of space science.

The mission of the James Webb telescope is to discover the first galaxies that formed in the early universe, connecting the Big Bang to the Milky Way Galaxy. It will peer through dusty clouds to see stars forming planetary systems, connecting the Milky Way to our own solar system. The instruments are designed to work primarily in the infrared range of the electromagnetic spectrum, with some capability in the visible range. Webb has a large primary mirror, 6.5 meters (21.3 feet) in diameter and a sunshield the size of a tennis court. Both the mirror and sunshield won't fit onto the Ariane 5 rocket fully open, so both will fold up and open once Webb is in outer space. Webb will operate in an orbit about 1.5 million km (1 million miles) from the Earth.

“It is intended to reveal new and unexpected discoveries and help humans understand the origins of the universe,” says Summers. “Pretty exciting stuff.”

It’s not hard to imagine what the Summers Trucking team will be doing on Dec. 18. They will be watching and praying that their baby, the 80-ton James Webb Space Telescope, continues its journey to explore the mysteries of distant galaxies.

Laurie Knowles is a correspondent for The Ephrata Review.

Broadway hit musical 'Waitress' comes to Hershey Theatre; here are 4 things to know before you go

From retail to styling for the Met Gala: Lancaster native Manny Jay soars in the world of fashion

After thousands of performances, dozens of marionettes and a feature documentary, the Lancas…

Emerson, Lake & Palmer played at F&M in 1972; a local man has the only recording in existence of the show