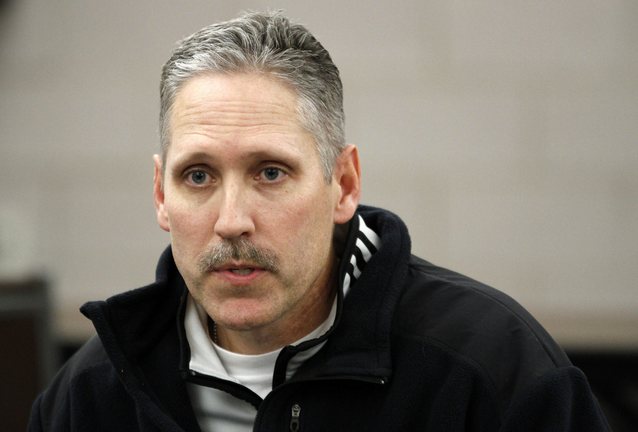 At first, investigators could hardly believe it.

A father accidentally shoots to death his infant daughter while the two of them are home on Christmas Eve?

"Naturally, we had to look at this with some skepticism," Lancaster County District Attorney Craig Stedman recalled Friday. "My initial reaction was that it was hard to believe this happened by accident."

But that's what the father, G. Scott Davis, said of the shooting that killed his daughter, Kestyn.

Davis told investigators that he was "messing" with a recently purchased gun and mistakenly fired a round in the living room of his East Lampeter Township home.

Davis was planning to show the gun to his father-in-law, who was out with Davis' wife, when they returned from a shopping trip.

He knew the gun was loaded, but did not think a round was in the chamber when he squeezed the trigger.

Kestyn died shortly after being shot in the abdomen while in a swing.

After a day of investigating, police still weren't sure what happened. The public also questioned whether charges would be filed.

"There is a tendency to think we had all the information right from the start," Stedman said. "All we had was an interview with (Scott). The mother and father-in-law were still at the hospital (with Kestyn).

"'Was this first-degree murder?' was going through our heads."

Davis was taken into custody soon after the shooting and stuck with his story at the East Lampeter police station.

He told police that he had just sat down on the couch, with the gun on his thigh, when he pulled the trigger. Kestyn was nearby in the swing.

"We made the decision no charges would be filed that night," Stedman said of the Christmas Eve interview. "We needed the cooperation of the family to fully investigate it."

Police seized three other guns in the home and determined there was no danger to the public.

Free from custody, Davis not only cooperated but provided police with a re-enactment of what happened. A detective recorded the re-enactment and shared it with other investigators, including Stedman.

It fit Davis' verbal description to a "T" and, more importantly, matched an analysis of the crime scene done by Detective Scott Eelman.

Eelman took measurements at the scene and analyzed the bullet's impact on a kitchen wall. It all matched what Davis told and showed police.

But investigators had to be sure.

"We had to determine whether there was any motive," Stedman said.

Family members and other potential witnesses were interviewed after the infant was pronounced dead at a hospital.

"It became clear from all the information from all sources that he really wanted to have this child," Stedman said. "He loved his baby."

County detectives scoured the devices for evidence that Davis was plotting a murder or researching anything that might be pertinent to the shooting.

"We have found critical evidence" on personal devices in other cases, Stedman said.

All the while, Davis, on the advice of police, hired an attorney, Jeffrey Conrad. Conrad is a private attorney who also is occasionally appointed by Lancaster County Court to handle defendants in major crime cases.

Conrad said he had his first discussions with Stedman and police just before the new year.

"I knew what the commonwealth could do on the high end," Conrad said last week of potential charges.

Conrad said he thought involuntary manslaughter was an appropriate charge.

"I was hopeful," he said. "It's interesting. Sometimes, you have one side going for too much. Maybe the defense sees mitigation (or) the prosecution sees aggravating circumstances."

On Jan. 2, Conrad advised Davis of what was coming: involuntary manslaughter and related misdemeanor charges.

"He wasn't concerned about himself," Conrad said of his client. "He's punishing himself more than anyone else on this planet possibly could."

Said Stedman: "The police did a great job. Mr. Davis and the family cooperated. We were forthright with Mr. Davis and Mr. Conrad, and it looks like we will have a swift resolution."

At a news conference announcing charges Jan. 6, Conrad was there, along with Stedman and East Lampeter Township police Chief John Bowman and Detective Chris Jones.

A joint press conference like that one is uncommon in criminal cases.

"You don't see this very often," Conrad said. "I think justice was easy to see here."