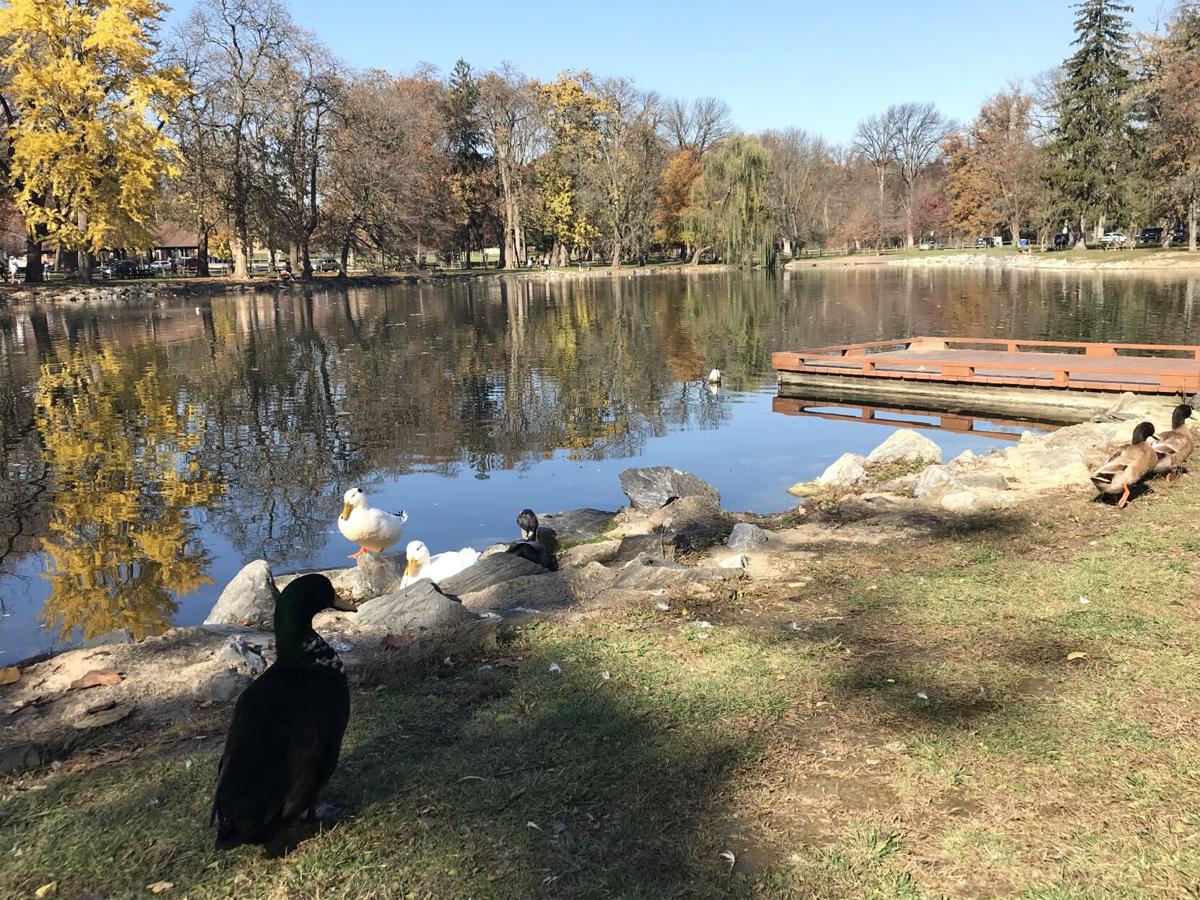 Ducks and other waterfowl gather by the lake in Long’s Park on Monday, Nov. 9, 2020. 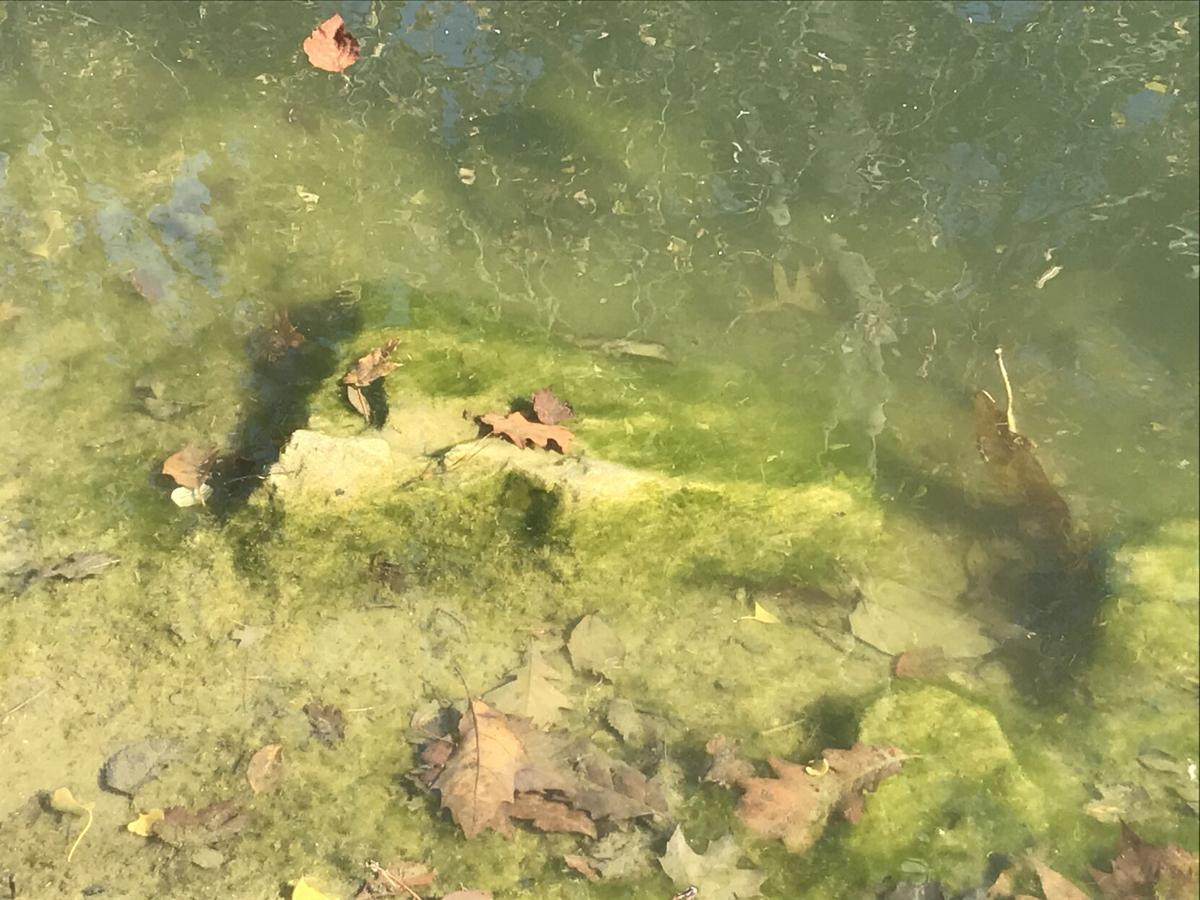 Ducks and other waterfowl gather by the lake in Long’s Park on Monday, Nov. 9, 2020.

They like to watch the birds and check out the koi at the park’s lake.

And so last Saturday, the Fabianskis went to Long’s Park for a picnic. After they were done at a picnic table, Ted said they went and sat down at a bench about 10 feet from the lake to take in the scenery.

“After a few minutes, I said, ‘Where are all the birds?’ ” said Fabianski, 73, of Manor Township. “There’s usually ducks, egrets and swans.”

And the water looked brownish; algae covered the rocks.

They saw no koi, not even by the bubblers, where Fabianski said the fish tend to congregate.

The lake also smelled of raw sewage, he said.

Perhaps, he wondered, as has happened in the past, a sewer line had broken?

The last time was in late 2005, when a nearby 8-inch sewer line collapsed and raw sewage got into the lake.

Some 400 fish died then, but the broken sewer line wasn’t entirely to blame. The lake was also overpopulated with fish and was polluted by bird droppings and by people feeding birds and fish — a practice technically forbidden but rarely stopped.

Not wanting to see such harm again befall the park, the Watchdog paid a visit Monday and was pleased to see plenty of birds in the area. Perhaps the local avians had been elsewhere in the park when the Fabianskis were there.

But the lake’s water did look murky, and algae covered rocks along the edge of the man-made pond. By the gazebo island, it looked as if someone had thrown a bench and picnic table in the water.

To the Watchdog’s nose, the pond smelled OK. A bit musty, but not of raw sewage. (Fabianski concurred that the smell was gone when he paid a subsequent visit.) Matt Metzler, the city’s deputy director of public works, said he had not gotten any calls about problems with the lake.

The city contracts with a company, licensed with the state, to treat the water with algaecide about a half-dozen times a year. He said he would check to see when they’re next due.

“We never let it get really bad,” he said.

Lack of rain may also be a boost for the algae.

“The pond is fed by two very small upstream tributaries. And turnover depends on the amount of water flowing into the lake. That’s determined by rainfall. We’re not in a drought, but it’s been very dry,” he said.

The Watchdog decided to check on the status of the Long’s Park wetlands project discussed several years ago.

The idea is to reduce contamination flowing into the Little Conestoga Creek, which will help the city meet its obligations to improve the Chesapeake Bay watershed.

The wetlands will be located in the northeast part of the park and will filter contaminants, Metzler said. Water will be pumped from the lake to the wetland, where it will filter as it flows back to the lake and on into the bay watershed.

The city had been looking to use the wetland to filter stormwater from Park City Center, but that’s out. Instead, the city is talking to LSC Communications, which operates the former RR Donnelley plant on Harrisburg Pike, about adding its stormwater to the system.

The city is beginning the engineering phase of the project, with construction planned to start in 2022 and finish by July 2023.

Email the Lancaster Watchdog at watchdog@lnpnews.com or go to Lan casterOnline.com/watchdog and tell us about it.

The vacant corner of Manheim Pike and Plaza Boulevard, an eyesore for roughly 15 years, migh…

After the coronavirus-fueled shutdown in March, construction was one of the first industries allowed to resume working on-site. Still, some Lancaster County school construction projects that fell behind schedule this spring have yet to fully recover.