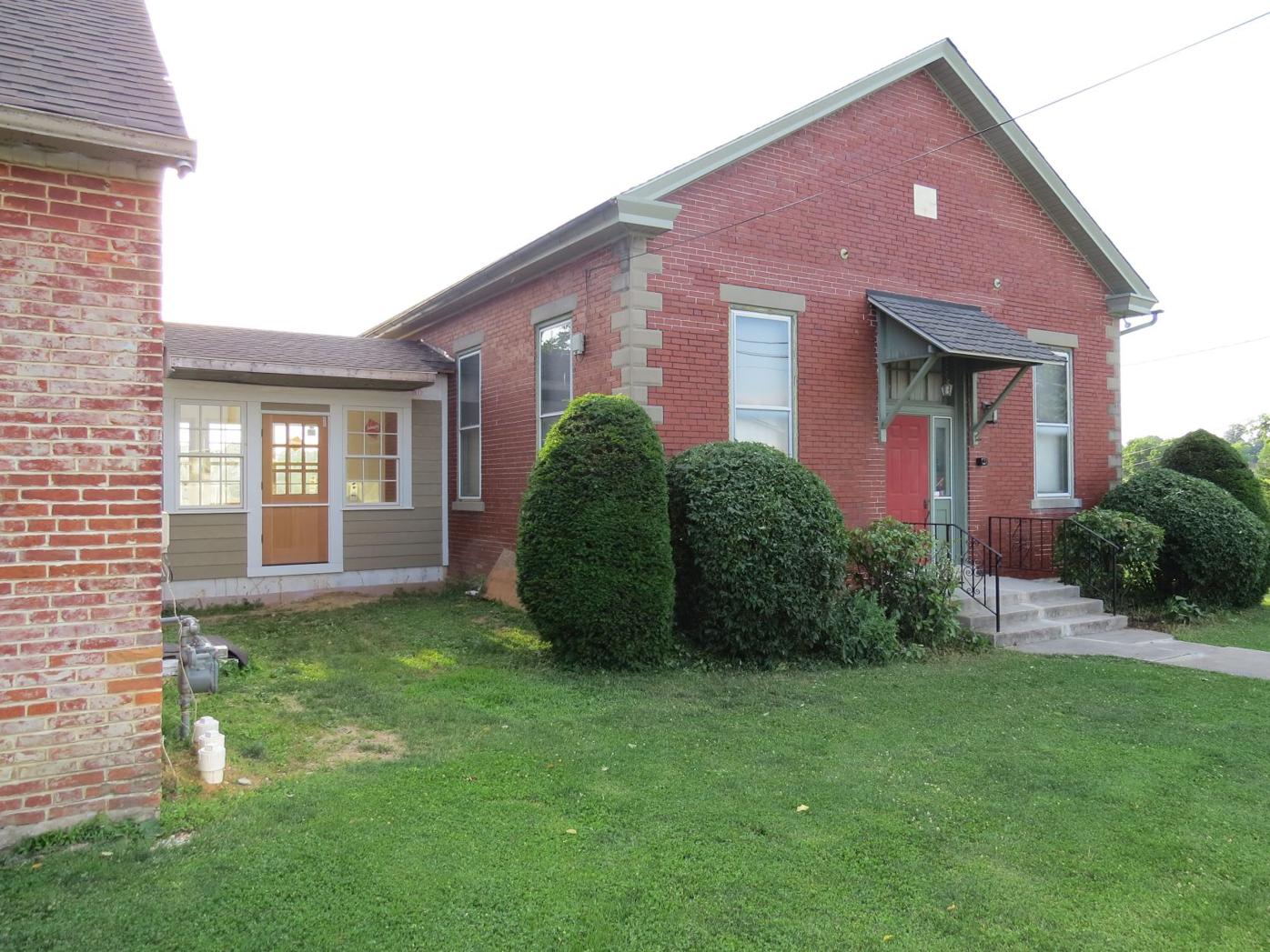 A front view shows the entrance and a connecting hall to both buildings. 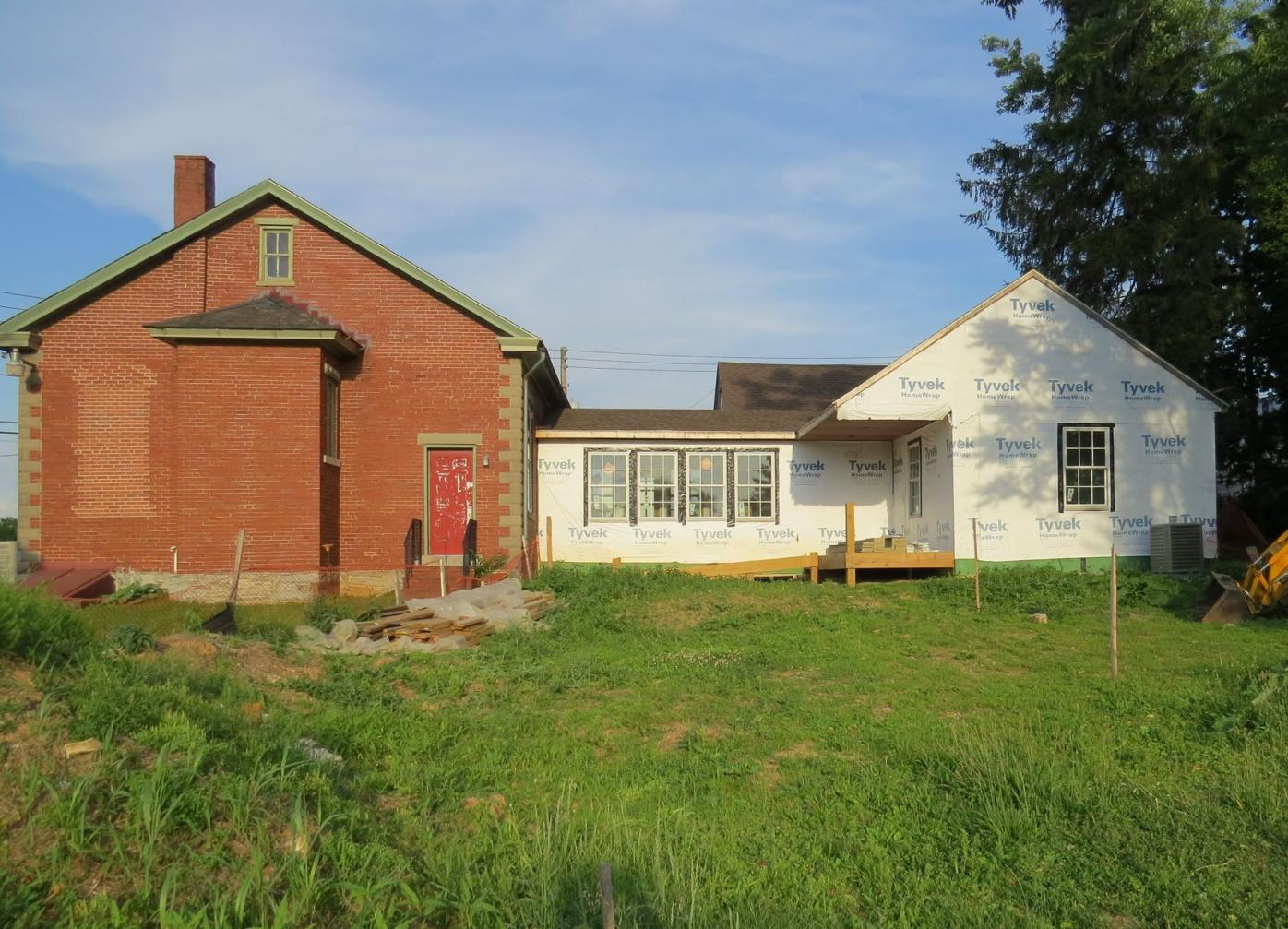 A rear view shows the addition of bathrooms and a galley kitchen and a connection so the original schoolhouse will remain one room.

A front view shows the entrance and a connecting hall to both buildings.

A rear view shows the addition of bathrooms and a galley kitchen and a connection so the original schoolhouse will remain one room.

A project to restore a one-room schoolhouse in Mount Joy will get a boost this weekend.

The school, built in 1843, is adjacent to the historical society's museum at 120 Fairview St.

Don Zerphey, a spokesman for the organization, said the former Cemetery Road Schoolhouse served the children of Mount Joy Township as a school for about 30 years, before a new regional school opened. After being used by multiple owners as a residence, it was purchased in 2011 by the historical society.

Zerphey said that in 2012, the society decided to renovate the former school, turning it from a residence into a meeting/exhibit space for the community. It also will connect to the former church that's being used as the historical society's museum. Estimated cost for the project is $229,000.

"Our budget is really tight. We didn't really have the funds to take on a project at that point, so we reached out to the community for their support," Zerphey said.

Support has come from various sources, including a $100,000 grant from the Clarence Schock Foundation, a bequest of $33,000 from the estate of Gerald Hostetter and donated materials and labor from local contractors.

Zerphey said the majority of the labor, an estimated $100,000 value, has been provided by Lancaster County Career & Technology Center Mount Joy students.

So far, stucco covering the building's exterior has been removed, exposing the original brick exterior; brickwork has been patched; the interior has been gutted; and new windows, mechanical systems and drywall have been installed. The rear of the building has been expanded to provide additional space, and an area for a basic kitchen and a corridor linking the schoolhouse and the museum building have been constructed.

Additionally, Engle Printing & Publishing Co. issued a $20,000 challenge to the historical society in the spring. The company will match funds raised through July 31. Zerphey said that nearly $7,900 has been raised so far — $5,359 from a home and garden tour May 15 and $2,500 in donations from members. Proceeds from the breakfast at Gus's Keystone will be added to that mix.

"We've done a number of fundraisers for community efforts in the past, and we're happy to give back to the community that's supported us,” said Gus Kourgelis, owner of Gus's Keystone. "This is an opportunity to help out the community on a different level — to preserve our community's culture and heritage for our children and grandchildren."

Zerphey is hoping that additional funds will be raised by a combination of an increase of historical society memberships and through other community donations.

A third and final phase of the project will open the wall in the corridor to link the two buildings. Marker said that, at that time, the museum will be reconfigured and space that's currently being used for meetings will be eliminated and repurposed for exhibits.

He anticipates that most of the project will be  completed by the end of the year.

For more information on the schoolhouse project or the historical society, visit mountjoyhistory.com.

Each renovation project on this list is one more piece of history saved.