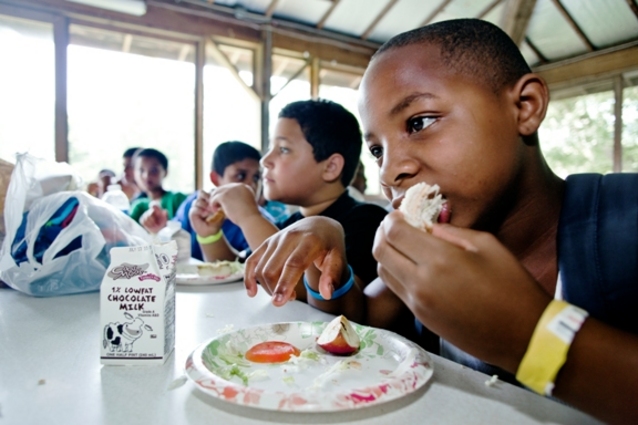 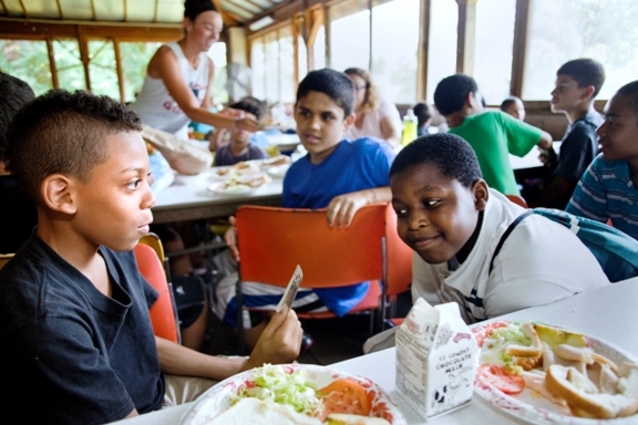 During the school year, a free school lunch is the only full meal some children receive all day.

When summer arrives, the meals don't have to stop because programs throughout the state - with help from the Pennsylvania Department of Education and others - provide free breakfasts, lunches, dinners and snacks to hungry children.

"Kids don't get the best nutrition over the summer," said Jill Diller, director of family recreation at Lancaster Recreation Commission, which has partnered with the statewide Summer Food Service Program for about 20 years.

Participating groups provide the facilities and free meals for children and then apply for partial monetary reimbursement from the U.S. Department of Agriculture, based on the number of meals served.

The kinds of meals offered, the times at which they are offered and the programs' dates vary by site. Some programs that have signed up to receive meals through the Recreation Commission are in progress, while others will occur later this summer.

Most meal programs are tied to summer camps and recreation activities, but providers must offer meals to all children 18 or younger who request them, regardless of whether they are enrolled in their programs. No proof of residence or income status is required.

As a sponsor, the Recreation Commission is responsible for distributing the meals to summer programs throughout Lancaster city and Lancaster Township. Meals are prepared at McCaskey High School and then distributed to the sites daily.

Diller said 28 sites are signed up to receive meals this summer through the Recreation Commission. The sites range from children's summer camps to nonprofit groups such as Crispus Attucks and the YWCA.

Each site shares this in common: Some of the children they serve often don't have access to healthy meals at home.

"The number of children who come and wouldn't get a lot of nutrition throughout the summer - it's huge," Diller said.

New to the program this year is Kon-nectingservices Inc., which runs a summer camp at Evangelical Lutheran Church of the Holy Trinity, 31 S. Duke St., for children whose parents are incarcerated.

Program director Sandra Johnson said that while the approximately 30 children in the program may have food available at home, they likely do not receive nutritious meals, which can be too expensive for struggling families.

"They don't get healthy snacks like most kids," she said.

Johnson said the program receives significant support from Holy Trinity, of which she is a member, but the program nonetheless relies on donations, such as the free meals, to operate.

"I'm really, really appreciative of the meal program," she said.

Boys & Girls Club of Lancaster has been participating as both a meal site and a program sponsor for more than 15 years.

Like the Recreation Commission, the Boys & Girls Club prepares its own meals and sends them to various sites throughout the county.

Children at Boys & Girls Club summer camps receive lunch during the summer, and suppers are served at the program's clubhouses throughout the year.

"It fills a need for kids who may be eating at school during the school year," chief executive officer Karen Schloer said of the summer lunches.

She estimated that, during the summer, the Boys & Girls Club serves about 200 lunches per day on average and 150 to 200 suppers at its various locations.

"It's a good, healthy nutritious meal," she said.

Families interested in finding meal locations near them can search an online database at www.pasummermeals.com. There, they can enter their street address and city and receive a list of nearby locations.