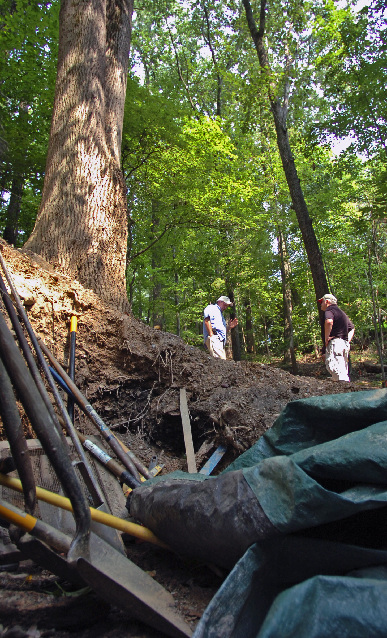 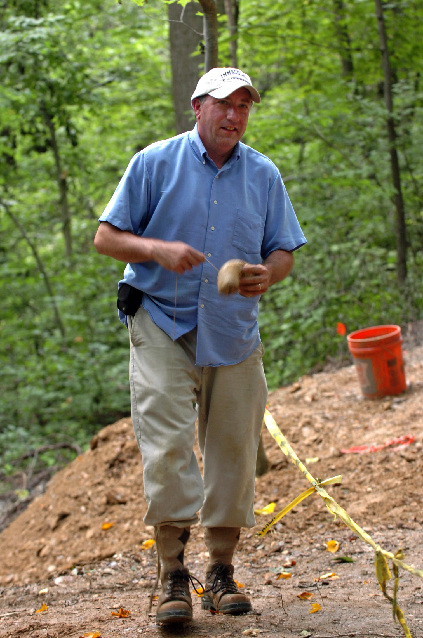 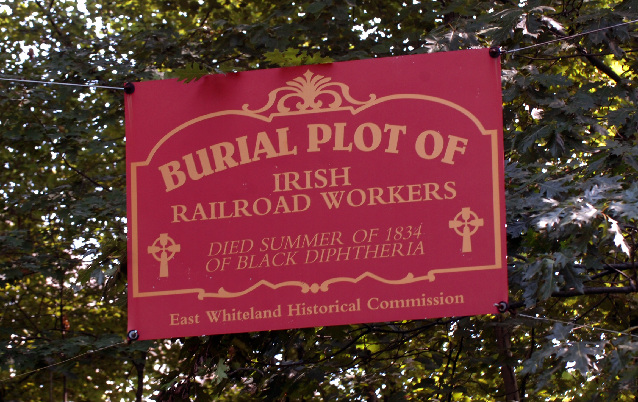 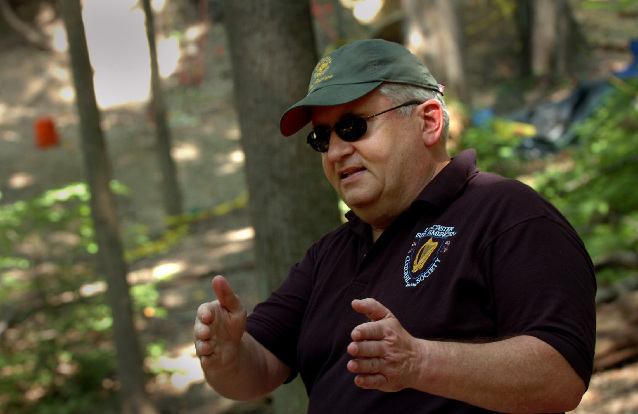 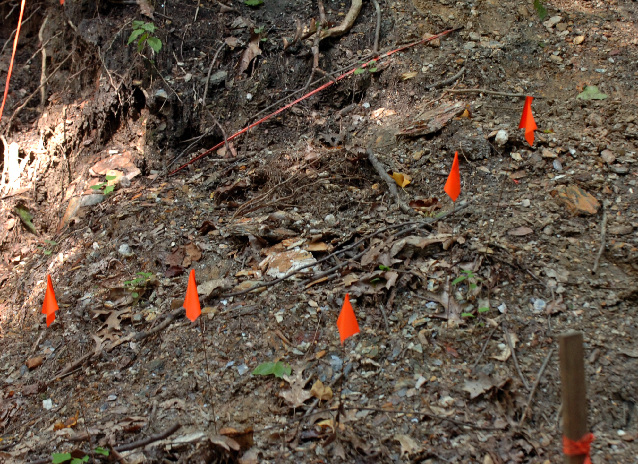 Throughout this sweltering summer, Lancaster dentist Matt Patterson and friends have labored steadily to get the Irish immigrants a better death.

Or at least a nobler resting place. A fairer shake in history.

Fifty-seven 19th-century workers were hastily buried in a mass grave in a Malvern-area train corridor after they died of cholera.

That's the official tale of the area now known as Duffy's Cut.

But, along with Duffy's Cut Project founders Bill and Frank Watson, Patterson believes many of the men were murdered.

The Watson twins –– Frank is a New Jersey clergyman, Bill an Immaculata University history professor –– have theorized that the culprits were vigilantes who were scared the Irishmen would spread disease.

The notion was given solid credence last year when the skull of immigrant John Ruddy was found with a suspicious-looking perforation.

The plot thickened in August when the diggers unearthed a skull carrying what looks like a bullet hole.

"Every skull we've recovered has unnatural trauma," said Patterson, the group's forensics expert. "The most recent one looks like it has a hatchet wound."

All of which has stoked the mystery's fires.

And the Dublin film crew that produced 2006's "The Ghosts of Duffy's Cut" came back this summer to film segments for a second documentary, to be called "The Men of Duffy's Cut."

Bill Watson said a professional arborist has promised to extract a lofty tulip poplar that long ago snaked its roots around Irish remains.

Thanks to ground-penetrating radar, Watson said, they know "there's a guy under this tree."

And so the team, little by little, is expanding its dig.

But time is waning with the season. Unlike the specters described in a 1909 newspaper article as "a-hopping and bobbing" over their graves at night, the grant money for further DNA identification has not materialized.

And the main burial area has remained elusive.

"Now," Watson said, gazing out at the wooded scene, "the question is, 'Where are the rest of these guys?' "

Man with a face

It was a bit of a shock in July when Watson and former student Robert Frank brushed away the soil from a skull lying face-up.

That was like peering right into the dead man's visage, Watson said.

The leg bones of another figure, called "Skeleton Six," showed he was 6 feet tall, a giant among his peers, who averaged 5 feet, 4 inches to 5 feet, 6 inches.

As of last week, Patterson said, the Duffy's Cut archaeologists have come upon seven graves and six bodies –– one man apparently long since washed away.

Four of the bodies have skulls; the rest, so far, are headless.

The remains are stored at the University of Pennsylvania Museum in Philadelphia. The Duffy's Cut project crew wants, eventually, to repatriate them.

The Irish laborers, hailing from Derry, Donegal and Tyrone counties, sailed for America in the spring of 1832.

They lived in a shanty camp a stone's throw from the railroad line.

"You've got to wonder about Duffy," Patterson mused. He gave them jobs "but he paid them a pittance."

Cholera struck the camp and, by the beginning of September, all the men were gone.

What's fishy about this historical version?

News of the incident was apparently hushed up by company officials, according to the Watsons, who happened to inherit Pennsylvania Railroad documents referring to the suppression.

The Watsons also thought it odd that every man succumbed to cholera, which then had a mortality rate of around 50 percent.

Genetic evidence –– a rare dental defect noticed by Patterson –– has tentatively linked those remains to the John Ruddy listed on the John Stamp sailing ship manifest.

Now, three days a week, Watson returns to what the team calls "the valley that time forgot."

The team lost an integral member and friend when John Ahtes, also an Immaculata professor, died unexpectedly in July.

But Watson said it was bolstered last year by the addition of Patterson, who once identified remains for the U.S. Navy in Florida.

As has become habit, Patterson recently drove to the dig to get an update from Watson.

A searing Friday afternoon found him piloting his sport-utility vehicle down a grassy lane between two upscale houses in a suburban cul-de-sac.

Patterson parked in a grassy clearing, sprayed on bug goop and hiked across a small stream into a dense pocket of foliage.

The woods were quiet but for the occasional whoosh of Amtrak and SEPTA trains on the nearby Main Line.

(The modern-day railroad runs past a Duffy's Cut memorial made out of stone, and a township historical marker stating erroneously that the men died in 1834 of "black diptheria." The track bypasses the original roadbed, otherwise the burial site would have been obliterated.)

Small orange flags mark the discovery points of artifacts, such as a stone spike and a piece of imported English rail that supported the early horse-drawn train carriages.

Nobody was digging at the moment, but a quiver of tools leaned against the carved-away bank.

Watson approached through the woods, khakis tucked into socks, cap clamped down tight.

He took a swig of Mellow Yellow.

Where? he wondered. Where could the lost Irishmen be? He propped his foot on a fallen tree.

"They've got to be here somewhere," he said.